For more than 150 years, lighthouses have been a beacon of safety for ships traveling the Great Lakes. During the past 50 years, many of Michigan’s 130 lighthouses have been transformed into some of the state’s most popular tourist attractions. This is especially true of the Traverse City area, home to four lighthouses that are open to the public and others that are not, but well worth viewing. What sets the area apart, however, is the variety of lighthouses less than an hour’s drive from each other, including the state’s most photographed lighthouse, one sitting on a picturesque, rocky beach, two others on islands and another perched at the end of a pier.

Here is a closer look at TC area lighthouses featuring insight from Fenton resident Jeff Shook, who is president of the Michigan Lighthouses Conservancy and Terry Pepper, who operates Seeing The Light, a comprehensive website dedicated to the Great Lakes lighthouses. 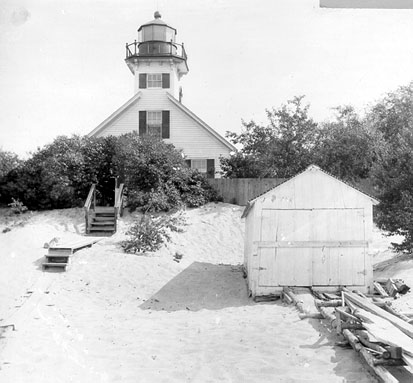 Located within a 120-acre wooded park on a scenic beach at the north end of Old Mission Peninsula about 17 miles north of Traverse City, Mission Point Lighthouse and its gift shop are open daily from 10am-5pm, from May through October. The lighthouse offers a keeper program and for $200, couples can live on site for a week and help take care of the lighthouse and gift shop.

“Mission Point was remodeled about seven years ago and is a really nice attraction,” Shook said. “There is a great beach right out in front of it and, depending on the time of year, the water can be really close to the shore or way out in the bay. The keeper program offers people the chance to do a number of things, including being tour guides. It’s a unique experience.” Well-marked trails connect with those at neighboring Mission Point Park, and take hikers along the beach and deep into the forest. 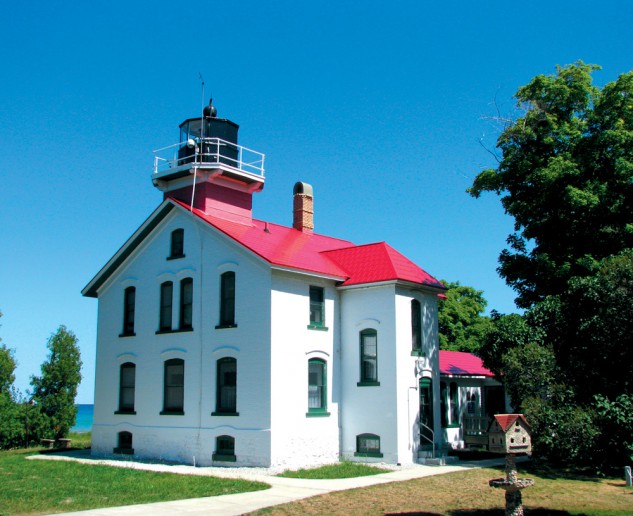 Located about 30 miles north of TC in Leelanau State Park, Grand Traverse Lighthouse features a significant museum and gift shop and is open daily from June through Labor Day and from noon-4pm through October 31. It remains open on weekends in November.

“Grand Traverse has operated as a museum since 1986 and the light station’s beautifully restored dwelling and fog signal building houses a wealth of historic artifacts and interpretive displays,” Pepper noted. “There are some wonderful local shops, restaurants and wineries to visit along the drive from Traverse City, making it a great day trip.”

New in 2015 is an exhibit featuring two World War II aircraft carriers that served to train landing signal officers and pilots near the Grand Traverse Lighthouse – including then 19-year-old Ensign and future President of the United States George H.W. Bush, who has added his comments to the exhibit which features photos, documents and artifacts contributed by regional museums and residents, eyewitness accounts from trainees and civilians and a scale-model Lego replica of one of the ships.

Grand Traverse also offers a keepers program from April through December ($220 per couple). “This is a much bigger lighthouse than Mission Point, with a very nice museum and gift shop and it features a fog signal building,” Shook said. “The fog signal is very powerful and can be heard for miles. Every now and then, they sound it. Another cool thing is a webcam in the gift shop that shows activity at the lighthouse on nearby Fox Island.” 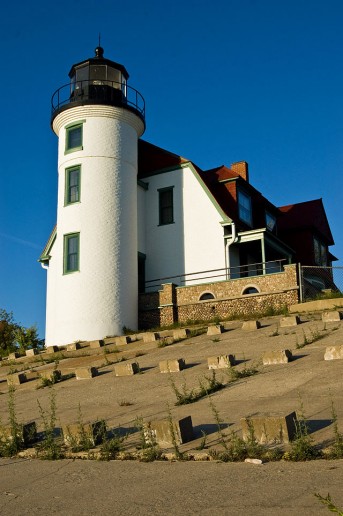 A roughly 45-minute drive from TC in the town of Frankfort, Point Betsie Lighthouse is open Fridays-Monday from May 22-October 15. It is also open on Thursdays from June 18-September 3 and on Wednesdays from July 1-August 12.

The four-story white tower attached to a red-roofed keeper’s house is the “second-most photographed lighthouse in the U.S.,” according to a sign, and the most photographed in Michigan. It was automated in 1983 and still in operation.

“Point Betsie has been beautifully restored and volunteers will take you on a tour featuring some fascinating displays on the life of lighthouse keepers and the lifesaving service, which also used to have a station near the lighthouse,” Terry Pepper said. “ The area’s sand beaches are some of the most beautiful in the state, making it a great place to walk or enjoy a picnic and if you can linger long enough, one of the best places in the state to watch the sun set below the Lake Michigan horizon.”

A new boathouse featuring a gift shop and exhibit area opened last year. An apartment on the grounds is also available for rent.

“Point Betsie offers a lot to see with a great museum, gift shop and fog signal building,” Shook said. “Across the street is the old lifesaving station which is one of the few structures of its kind still standing, certainly a nice thing to view from an era gone by.” 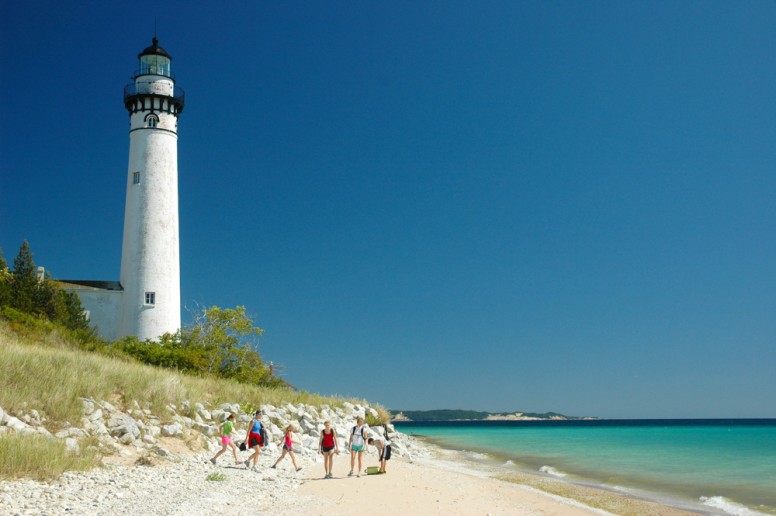 Lighthouses are located on both islands which require a 35-minute drive from TC to the town of Leland and a 90-minute ferry ride from there, but are well worth the effort. The North Manitou Island Lighthouse is not open for tours and has operated as an automated light station since 1980. “It remains unrestored, but you can climb the graceful 1872 tower, walk miles of trails through breathtaking dunes and dappled forests and tour the remains of the thriving village that served the long-gone community,” Pepper said.

Once on the island, visitors can stay 3-8 hours and return the same day or pack camping gear and remain longer. The same goes for the South Manitou Island Lighthouse which has been restored. The 100-foot tower rises sharply from the shore and visitors are free to climb the 117 steps to the top for an impressive view of surrounding Lake Michigan, inland lakes, islands, sand dunes and forests. “Visiting the South Manitou Lighthouse makes for a great daytrip with the boat ride, checking out the lighthouse itself and then spending time exploring a beautiful island,” Shook said. Both islands are part of Sleeping Bear Dunes National Lakeshore. 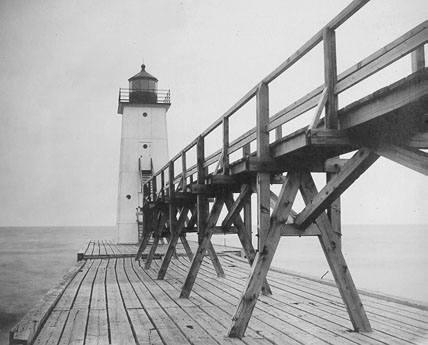 Although closed to the public, this 67-foot lighthouse is worth checking out because of its location at the end of a pier near downtown Frankfort.

“It’s at the end of a breakwater walk and the keeper’s house is actually on the shore, so keepers actually got plenty of exercise walking out to the lighthouse and back several times a day,” Shook noted.

Michigan has more lighthouses than any other state in the U.S. – and five are in the Traverse City area! Put a lighthouse tour on your list of things to do on your next visit to Traverse City.