IN late December, Cathedral of Faith, home to a YMCA Safe Places after school program, received the gift of lasting music. Chase the Music, a nonprofit from Lyons, Colorado, raised the funds to supply Flint youth with instruments and seed money for music instructors.

Pastor Christopher Martin, Sr. accepted the donation from Chase the Music volunteer, Ian Phillips, who traveled cross-country with his father to hand-deliver the gift. “This is a huge day for the City of Flint,” said a thankful Pastor Martin, “that the Lord would look upon us and touch the lives of many people to donate this musical equipment to a city where music once thrived, but now, unfortunately, does not have the school resources to teach music on a daily basis. And so, we are committed to the community, to this partnership, to make sure these instruments are housed in the Y Safe Places music lab, and that young people will be able to come and learn to play various instruments. They will not be relegated to only playing drums or keyboard, but there is a host of instruments here to help broaden and shape the horizons of young people.” 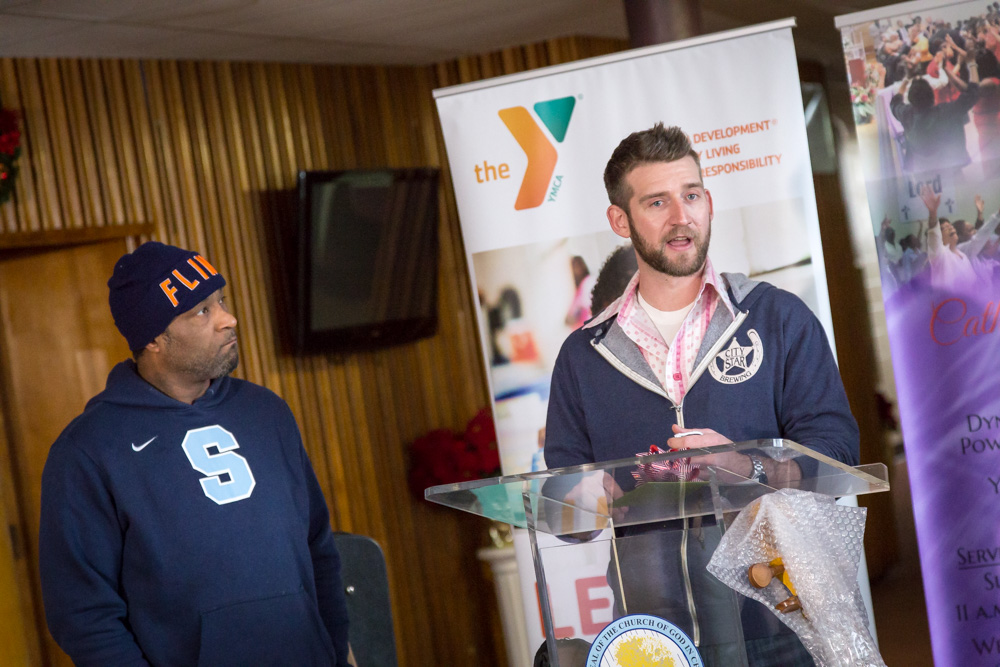 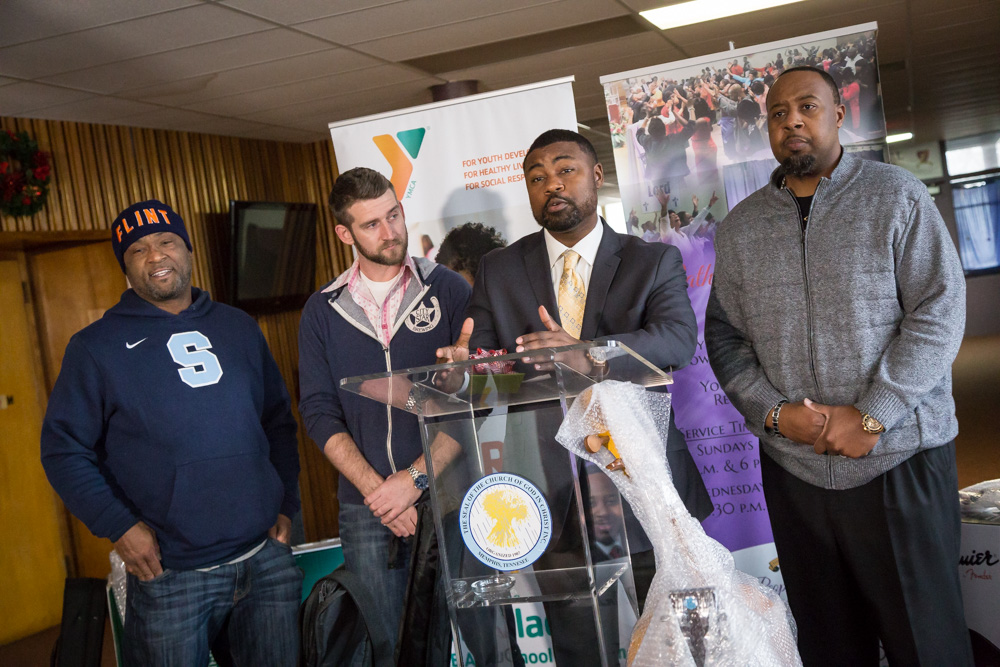 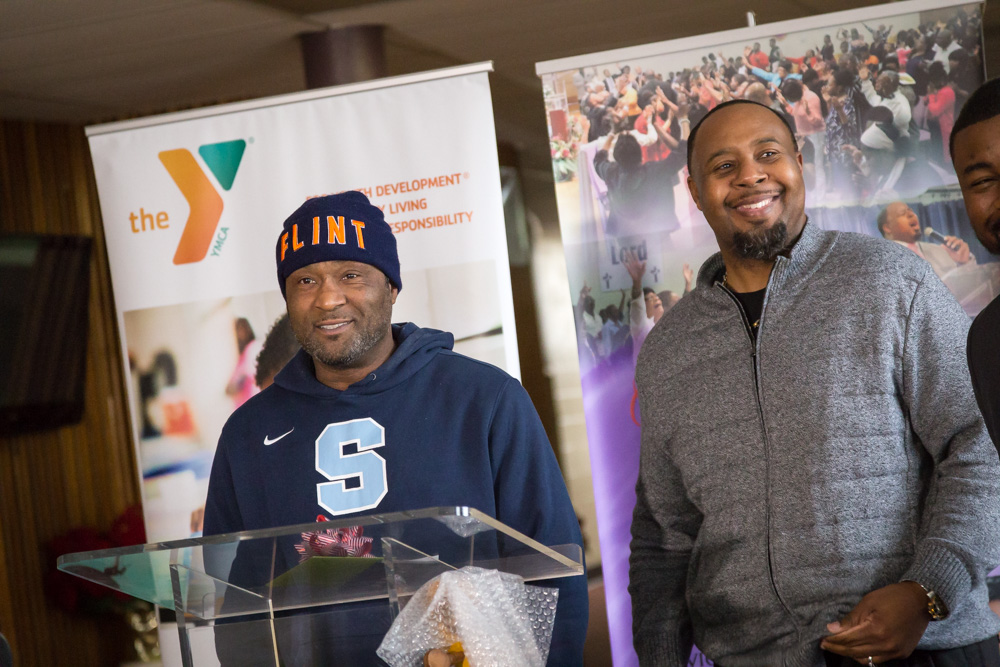 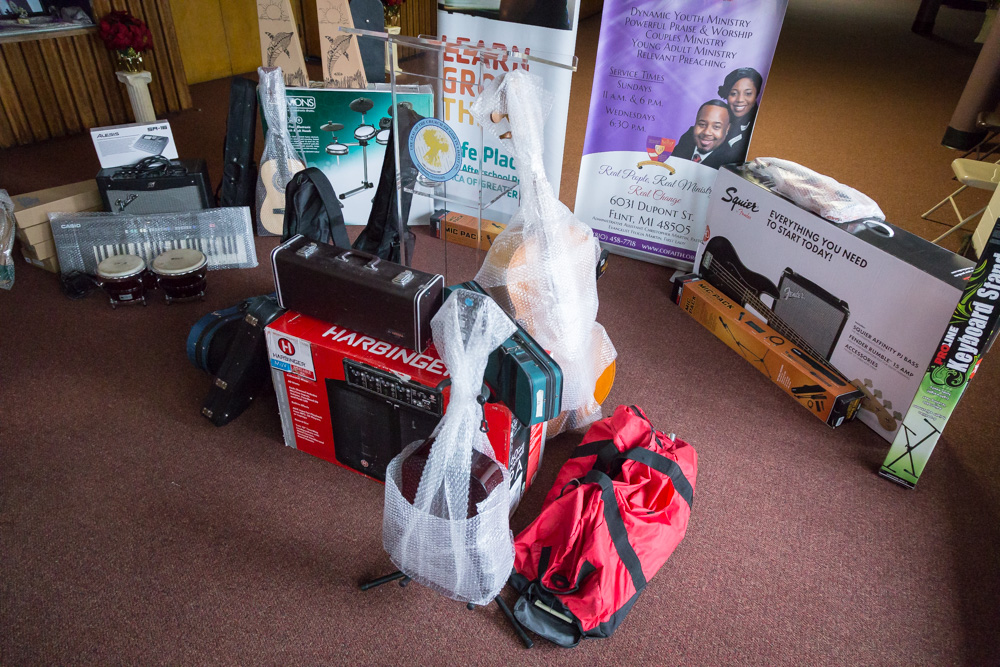 Chase the Music and the YMCA were connected through Flint native and NFL Champion, Andre Rison, who began his football career at Flint Northwestern High School and won a Super Bowl with the Green Bay Packers in 1996. Rison does what he can to give back to the community he was raised in, saying, “once I heard about Chase the Music, I thought, the instruments will go longer than a speech, longer than a handshake or my autograph; this is something that could be here longer than the rest of my life, all of our lives, and these kids can go further.” 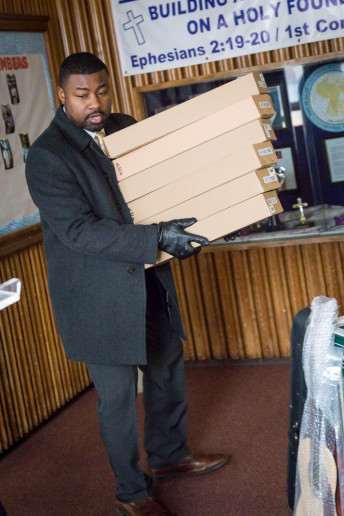 Ian Phillips worked with Chase the Music to collect around 30 gently-used instruments including ukuleles, violins, keyboards and flutes. In addition, $1,500 was spent at the Flint Guitar Center on new music equipment, including amplifiers and a drum machine, while the remaining $900 was given to the YMCA to help them hire music instructors.

At the presentation of the instruments, Phillips explained the reason why he wanted to help bring music to Flint. “I started this program last year, and it was very successful, and we wanted to do it again this year. I wanted to choose a place where it would help some kids who needed a little extra love. And, while everyone is familiar with the Flint Water Crisis, so many other terrible things have happened in the world since then, that a lot of people have forgotten about Flint. I know that the problems here are not solved, and whether its water or it’s just a community that has suffered incredible hardships; this city has a third of the population that it had ten years ago, and the regrowth is going to take a lot of love and a lot of people caring. I wanted to show kids in the Flint community that people do still care, and that there is always hope. That is why we picked Flint, and I am just so happy to be here today.” 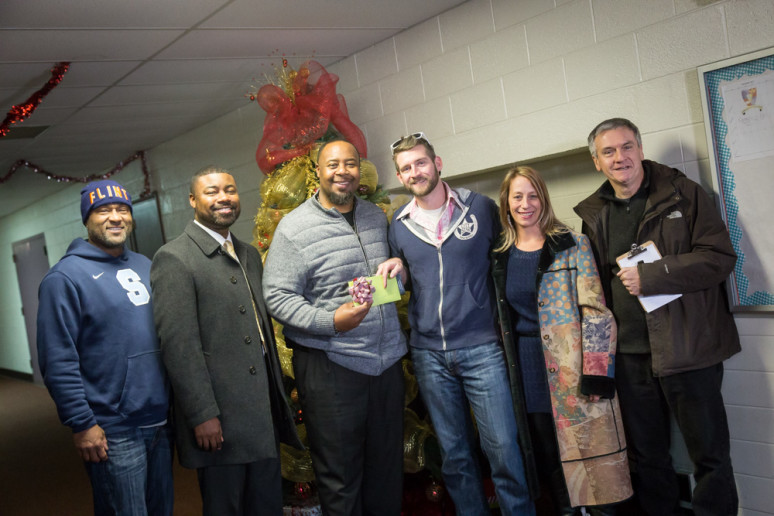 Moses Bingham, Safe Places Director for the YMCA of Greater Flint stated, “we serve over 1,500 kids in the city right here at Cathedral of Faith, and at our other sites. We are excited to receive this donation and also to start providing kids with great music lessons. We are so elated and overwhelmed! This is definitely a transformational experience.”