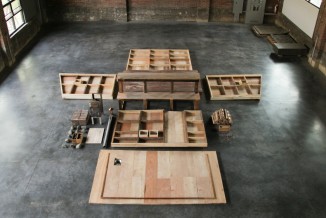 Born and raised in Flint, Andrew Ranville began pursuing his artistic education in college. He started studying graphic design, but soon felt that something was missing. “After my first semester of going down the graphic design track, I realized I was much more interested and engaged with projects that were my own, as opposed to doing any type of corporate branding,” he shares. “I was more drawn to the artistic aspect than the commercial aspect.” In 2008, he earned his MFA from the Slade School of Fine Art at the University College of London in the United Kingdom. Since then, his work has led him down a new path – literally and figuratively.

At the core of Ranville’s work is his hope that those who view his art understand their relationship to not only the piece, but also to their landscape and environment. He has developed this philosophy within his practice to enhance both the creating and viewing experiences. 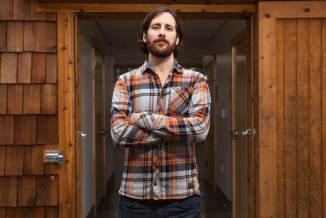 Most of the materials Ranville chooses for his work are salvageable – he uses what already exists to create something sustainable and sometimes, even functional. “I try to use materials that have had a previous life,” he says – things that are readily available, such as driftwood, stones, or long-lost Mylar balloons he finds on the shore of Lake Superior. Immediacy, accessibility and aesthetics guide his practice. “If I do have to buy something new, there’s always careful consideration,” he says. “I try to be thoughtful when I consider a material that is not salvaged or reclaimed.”

Guiding Ranville’s artistic and learning processes are five facets: adaptability, permanence, accessibility, form/function, and sustainability. He explains that the concept of sustainability is to consider all externalities; if it’s not giving back in some way, it shouldn’t be taking away from the environment. Ranville expresses this belief as “ecological reality.” This means that certain pieces he creates can stick around longer than one would think; all artwork has a life of its own, so Ranville considers the lifespan of a piece when making design and aesthetic choices. In addition, he listens to podcasts about science, geo-politics and economics, and although those topics affect his process, they are not overtly expressed in his art. “You don’t need sophisticated art knowledge or knowledge of the latest critique to approach my work,” he says. “I try to create things that are functional outside of an artistic space.” 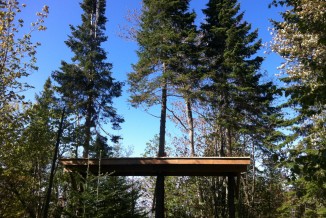 One example of functional creations is the tree houses that Ranville builds. These tree houses, or even simple wooden platforms, can remind people of their childhood, or give them a space to think and create and climb. He’s looking for those immediate reactions from viewers, a visceral connection to their body in a space. “That’s why I’ve created buildings and structures that can be used,” he explains, “even though I consider them sculptures or installations.”

Perhaps one of Ranville’s largest artistic endeavors is Rabbit Island. Located three miles east of Michigan’s Keweenaw Peninsula, the 91 acres of undisturbed land has become a getaway for artists and scientists alike. The island operates in collaboration with the Keweenaw Land Trust to ensure that the ecosystem remains healthy and protected.

Founded in 2010 by Ranville and Robert Gorski (who found the island on Craigslist, believe it or not!) and in collaboration with the DeVos Art Museum in Marquette, they have developed the remote environment into an artists’ residency program. “I think the whole Rabbit 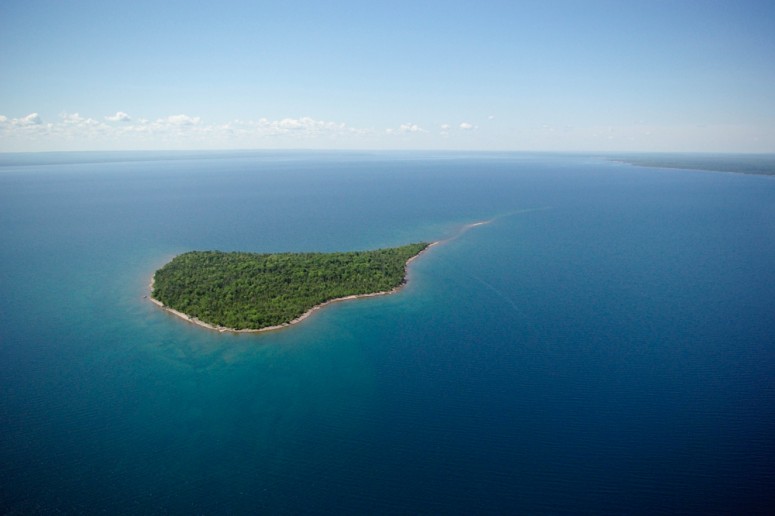 Island project is artwork, itself,” says Ranville. “The idea that it’s also a framework for other artists to create is really exciting. I’m really proud of that.”

In 2012, the DeVos Art Museum hosted the inaugural exhibition with Ranville’s work No Island is a Man, featuring pieces created on and about Rabbit Island. “I was the guinea pig,” he says with a laugh. In 2013, the first group exhibition featured 20-25 friends and collaborators of Ranville and Gorski who worked on their own projects. In the summer of 2014, six artists were chosen for the official, fully-funded launch of the residency program. In the past several years, nearly 500 people from over 45 different countries have applied for residency on Rabbit Island. Ranville is now the program’s executive director. “Becoming a facilitator for other artists has been a really powerful experience,” he shares.

People age 21 and over can apply to the residency program, and it is open to artists of all disciplines: writing, poetry, architecture, design (graphic or industrial), music, filmmaking, composing and choreography. “It’s rare to have a place that really allows you to connect with raw wilderness for an extended period of time,” says Ranville. “It’s quite a special experience. It allows people to engage with the ideas that we’re trying to export off the island.” Those ideas are consistent with Ranville’s personal views of ecological sensitivity. 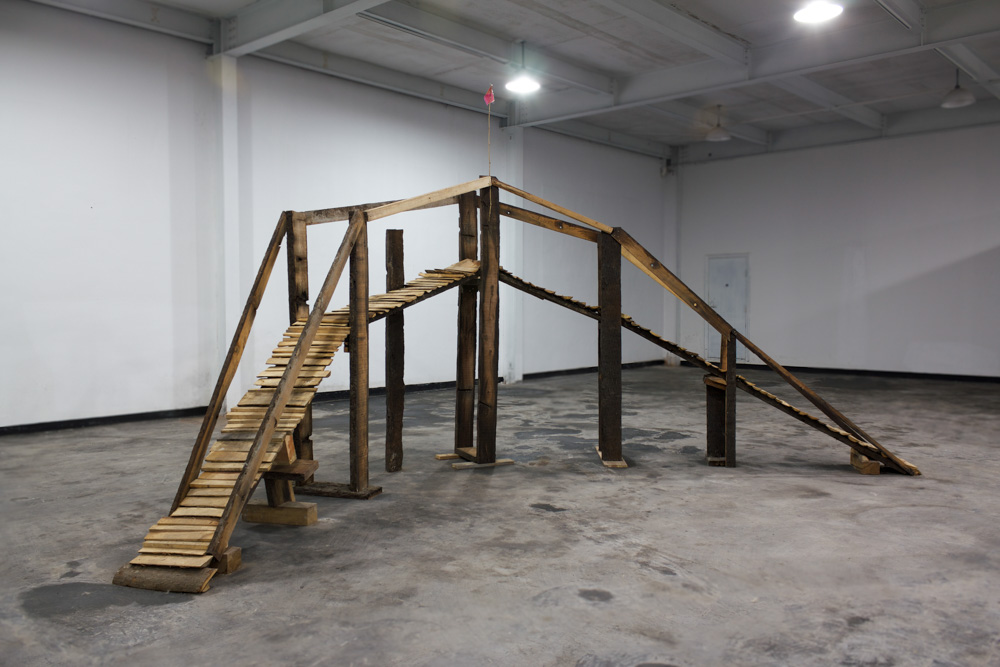 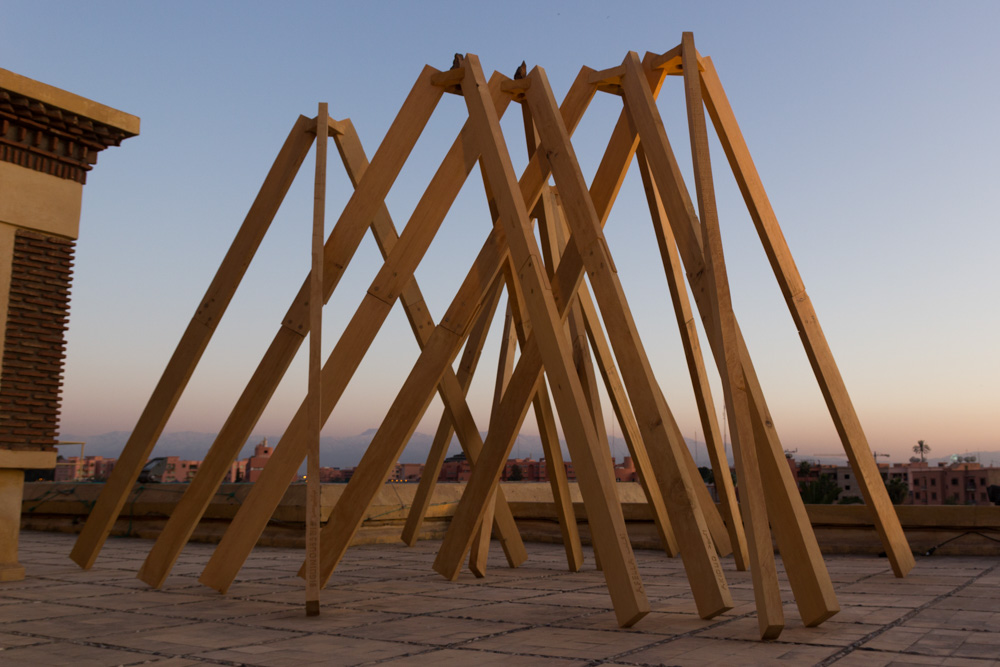 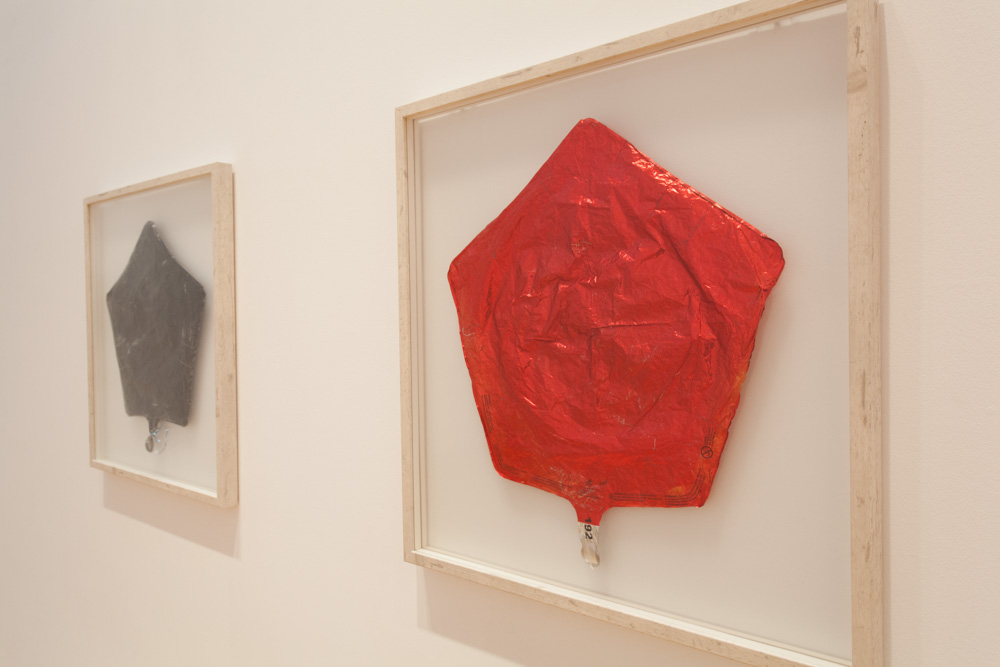 Artists can live on the island for extended periods to escape into their work and experience the necessity of survival – there are no modern amenities on the island. The basic shelters have only three walls, exposed to the elements; but that is a trivial matter compared to what visitors tend to discover. “Artists have said that time slows down, but it also goes faster,” Ranville says. “Days pass slowly because things are stripped away, but then you’re immersed in your own artwork and time passes very fast.” Ranville says that working on the island has helped make his work more focused, but it’s also affecting others’ lives off of the island. “There’s a certain mental shift that happens, too, around the two-week mark,” he says. “If someone stays there for two weeks, they have a fundamental shift in the way they think about their arts practice.” 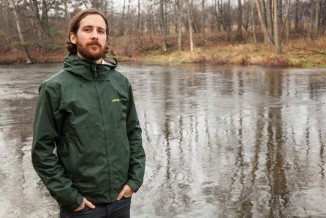 In addition to his work on Rabbit Island, Ranville has collaborated with Central Michigan University in Mount Pleasant through the Barstow Artist-In-Residence program for the fall semester. He mentors students, contributes to BFA critiques, and organizes workshops and field trips that are connected to his own practice. “A lot of my practice is getting out in the landscape and immersing myself in the environment,” he says. “I’ve done a lot of hiking and paddling up and down the Chippewa River.”

Ranville’s work has been recognized in various art magazines and journals and university lectures. Further, he has exhibited both nationally and internationally in many countries including Australia, China, Finland, Morocco, Spain, Costa Rica, and the UK. Ranville believes, and is expecting, that this non-traditional exhibition style will become more common in the artistic community. “The traditional models are changing,” he says. “Artists are vanguards for the social change that we see.” And although traditional models are changing, one thing has remained constant: activism as artwork will never go out of style.