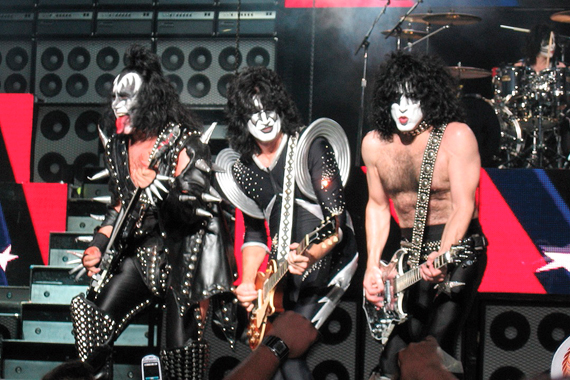 Wild Wednesday 1973 offered a special treat. Blue Oyster Cult was headlining and had arrived in Flint the prior evening, but REO Speedwagon contacted me the morning of the event to explain they had a problem. They were in a major bind due to a recording deadline. I agreed to the cancellation in return for a rescheduled date and because of an outstanding substitution offered by their booking agency.

Joe Walsh had left the James Gang and just completed his first studio album as a solo artist. He wanted to try out his new band and material without advance advertising at a venue not yet selected. That night, I announced that REO had been unfortunately rescheduled, but a great roar of approval went up with my introduction of a super surprise. Joe Walsh took the stage and premiered his “Barnstorming” album for the first time before a live audience. He closed with an extended, 15-minute version of “Rocky Mountain Way.” Such moments are always magic.

Another Terry Knight group graced our Sherwood hall in late January ’74. Their claim to fame had been found in an incredibly successful record about a gruesomely prolonged, agonizing death. The cheerful little tune was called “D.O.A.” Terry had appropriately named the group Bloodrock. They were surprisingly good musically, but the crowd only wanted to hear their hit, which was saved for the last number. The dirge-like sirens were particularly enjoyed.

In April, I introduced The Guess Who at the IMA. Burton Cummings sounded great, but Randy Bachman had left the group and was recording with a new outfit called Bachman Turner Overdrive. They would soon release an album called “Not Fragile” which would enjoy phenomenal success.

A New York promoter brought The New York Dolls to the IMA in June and lost a fortune, selling fewer than 100 tickets. The next day, I contracted with the opening band for a November 10 date at Delta College near Saginaw – four nice boys costumed in the weirdest possible way, offering unusual stage effects and playing basic, hard core Rock & Roll as loud as the MC5. They would soon release their first album, so I thought I would take a chance on KISS.

Our first ’74 Wild Wednesday had been scheduled for June 24 at Sherwood Forest. With Bob Seger and Ted Nugent again heading the Michigan roster, I decided to close the show with a new band whose first album had recently obtained enormous national radio exposure. A single release, “Rock the Nation” was in our WTAC “Top Ten.” Tracks called “Bad Motor Scooter” and “Rock Candy” were getting tremendous request action. The group was named after lead guitar player, Ronnie Montrose. The lead singer was Sammy Hagar, later to spend many years as frontman for Van Halen.

So it was that our last Wild Wednesday crowd exceeded 10,000 and was a financial and artistic triumph. Everything went perfectly well within the park.

One mile to the west on Davison Rd., an ambulance raced toward Sherwood Forest late in the day. It had been summoned by phone to a “drug emergency” which never occurred. It was later determined to be a crank call from some anonymous, irate citizen seeking to impact the day with unfavorably publicity. There had been many such attempts. A soft, light rain had started falling almost unnoticed on the grounds. It was enough. The ambulance slid out of control at a high rate of speed and the driver and his assistant were killed, leaving wives and children behind.

Media coverage didn’t directly place blame on the concert, but the aftermath provided an emotional rallying point for those who sought to have Wild Wednesdays ended. The latest controversy converged with the changing nature of the rock promotion industry. Regardless of community climate, 1974 would have been our last season. Rock ‘n Roll had outgrown Sherwood Forest and an era had passed after five short, exciting, wonderful years.

But early 1975 brought the best concert I have ever been privileged to witness. It was at exactly 8 pm on Friday, January 31 that the lights at Detroit’s Olympic Stadium dimmed and four tall figures strolled confidently onto the stage. Launched with a thunderous explosion of sound and fury, the mighty Zeppelin took flight.

Led Zeppelin had been formed nearly seven years earlier in July of 1968 by guitarist Jimmy Page, who had just left The Yardbirds. Page added singer Robert Plant and drummer John Bonham from the little known British group Band of Joy and completed his assembly with a leading British session musician named John Paul Jones as bassist and keyboard player.

Celtic mysticism enveloped the night. With both conscious and subconscious awareness, masterful words unveiled an absolute reality, both universal and beyond. Lyrical poetry and sweeping imagery spoke of many parallel worlds, all joined. With soaring sexuality, flesh and spirit became one in an exuberant celebration of timeless existence and spaceless exaltation. In Led Zeppelin, rock music offered to me eloquent articulation of the unknown as unrecalled, expressing passionate human desire in both physical and metaphysical terms.

From “Rock ‘n Roll” through a final encore with “How Many More Times”, Zeppelin never stopped. In addition to all of their most familiar material, the group introduced large segments of a soon-to-be-released double album. It was thus I first heard much of “Physical Graffiti” with virginal ears, including “Kashmir.”

That night in Detroit, I was ruined for life. The measure of excellence established on stage by Led Zeppelin was so far superior to anything I’d ever heard before, it automatically became a new standard to which all bands to come would be compared. As of 2014, “The Song Remains The Same.”