Ever since she was a little girl, Rebecca Fowler wanted to own a farm. In 2011, her wish came true. She and her husband, Derek Fowler, bought a foreclosed farm on ten acres located on S. Duck Lake Road in Highland, MI. Since the property included a stable, Fowler knew she could raise animals on the farm. She thought about raising horses, which is a lot of work and the business of boarding them was quite a process. Then, she recalled a conversation with a woman who had an alpaca farm in the community. “Why not raise alpacas?” she asked her husband. He agreed!

It took the couple a few years to get the property in order and after purchasing some top-quality alpaca bloodlines, Oasis Acres Alpaca Farm became a reality. They started out with three alpacas, “and then, a baby popped out!” Fowler exclaims. The baby, named Conopa, is now nine years old and still lives on the farm. “She has produced some of my most beautiful alpacas,” the farm owner shares. 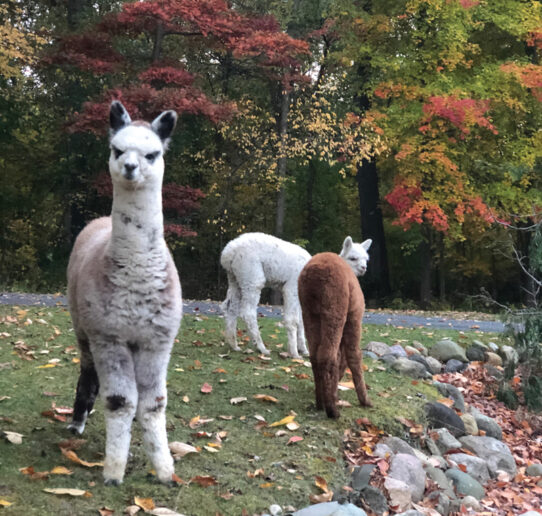 “Alpacas are so much fun to be around – everything about them is so sweet. They are truly amazing!”
Rebecca Fowler

In August 2019, Oasis Acres expanded by adding a farm store. “Derek and I built the store ourselves,” Fowler reports, “and people love it!” They also added Shetland sheep to the farm – a small, wool-producing breed she describes as unique and lovable.

The alpacas are shorn once a year and Fowler does the fiber processing herself, then sends it to a mill to be spun. Items sold in the farm store are made from the alpaca fleece they produce. In the store, you will find many items such as gloves, mittens, hats, scarves, socks, toys, yarn and much more. Many of the items are handmade by Fowler and her mom, Lillian Benton, who loves to knit and crochet. “We recently added some really cool mittens that feature thumb-holes for texting,” Fowler says.

Oasis Acres offers tours of the farm that are designed to educate the public on farm life in a modern world, which as a teacher, is very important to Fowler. When she first started providing education about the alpacas, the most common question asked was: What is the difference between a llama and an alpaca? Both members of the camel family – they are like cousins – alpacas are much smaller, Fowler explains. “The difference is about 200 pounds and a whole lot of attitude,” she says with a smile. She describes the alpacas as very endearing. “They are so friendly and you can actually see them thinking. The fleece they produce is phenomenal, unlike any other animal on the planet.” 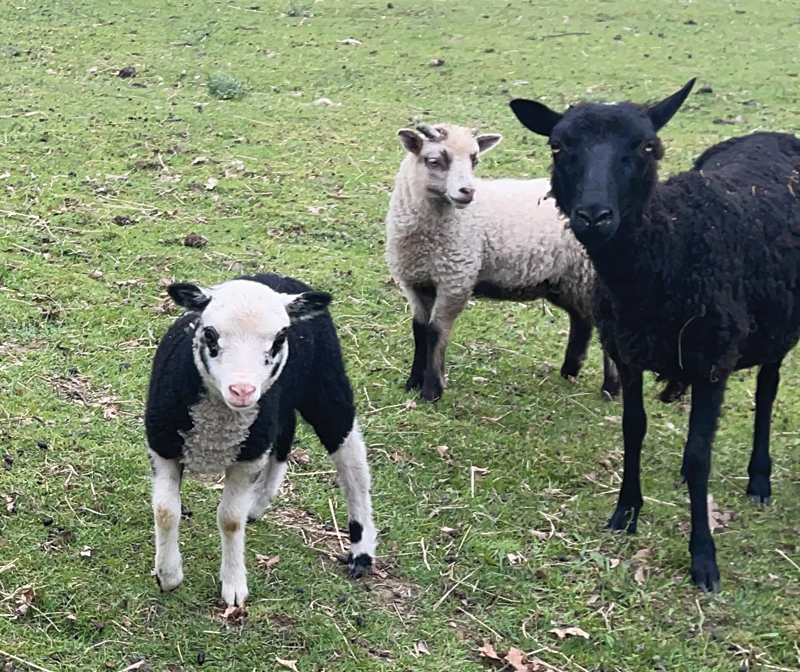 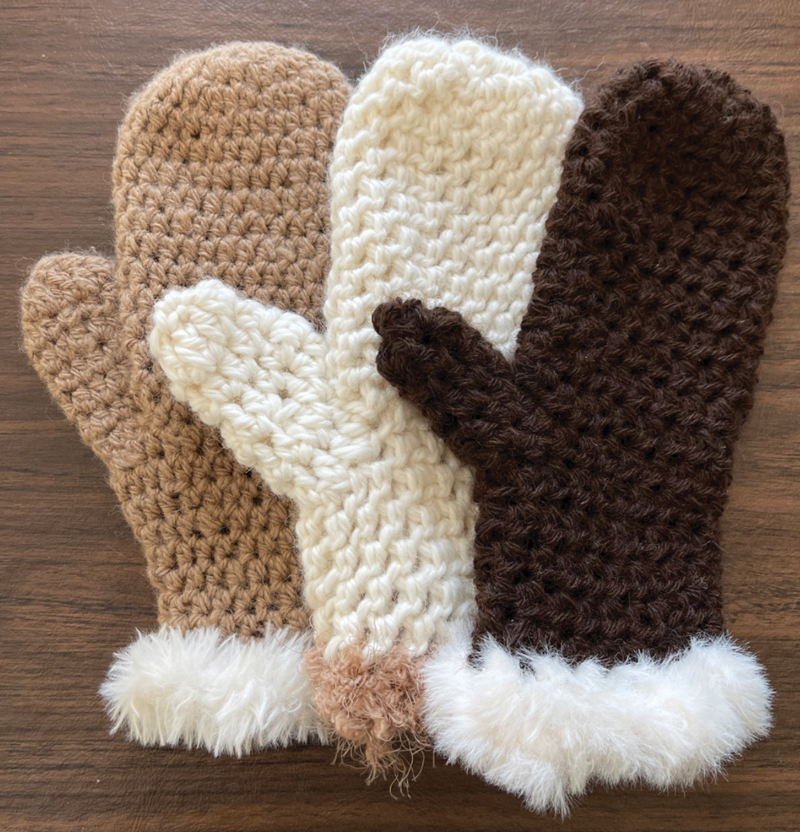 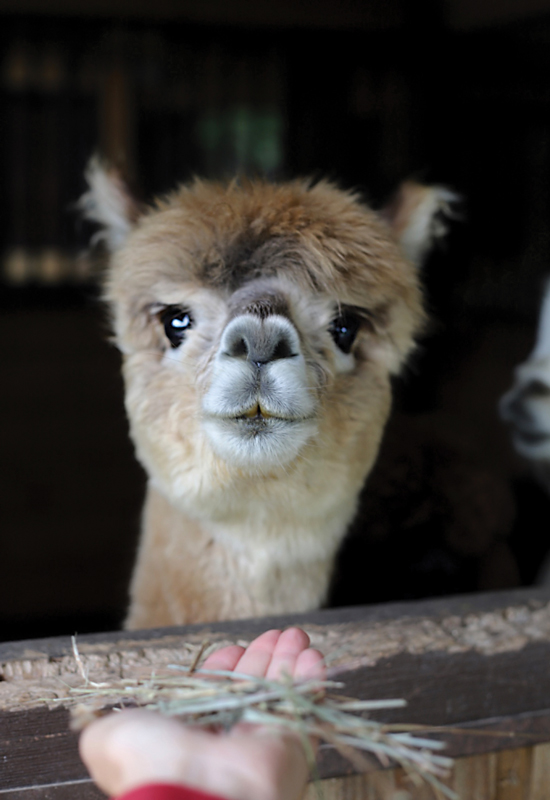 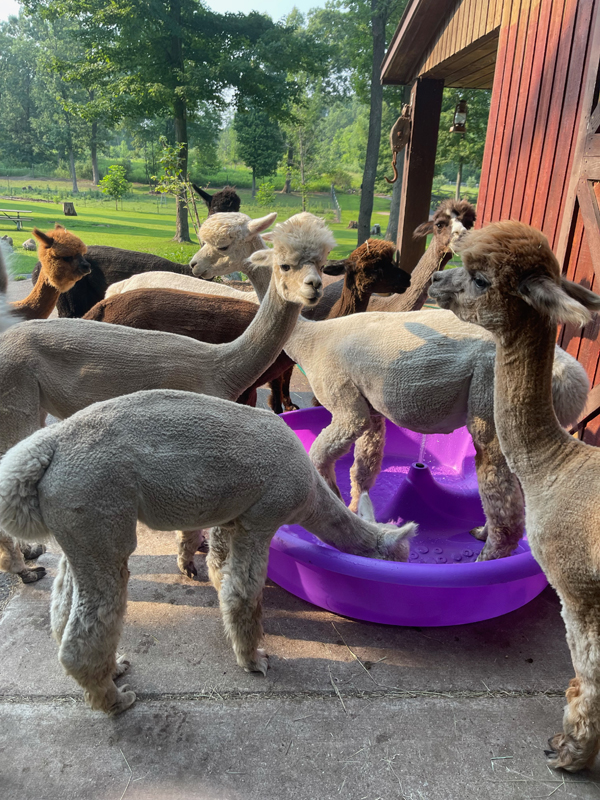 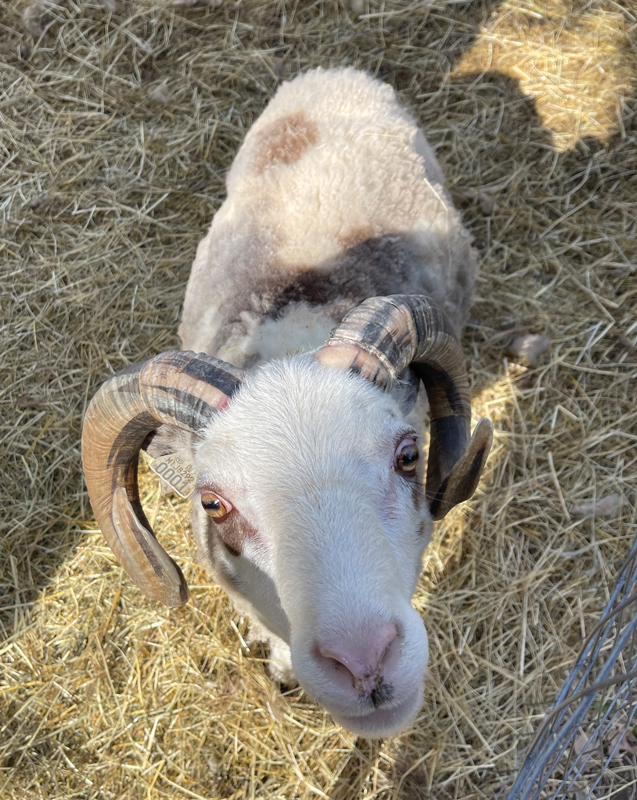 Fowler started tours of Oasis Acres in 2019 during the pandemic. “People just needed to get out of the house,” she says. Open tour days are Thursdays and Fridays from 11am-3pm. “Anyone can come,” she adds, “and it’s free.” The farm also offers private tours (by appointment), a one-hour experience for families of all sizes. They also board, breed and sell alpacas. The farm is currently home to seven adult alpacas: three babies and seven males.

Owning an alpaca farm has been a dream come true for Fowler. “This has been my pet project,” she shares. “It gives me so much joy to have opened my farm to the public. Alpacas are so much fun to be around – everything about them is so sweet. They are truly amazing!”