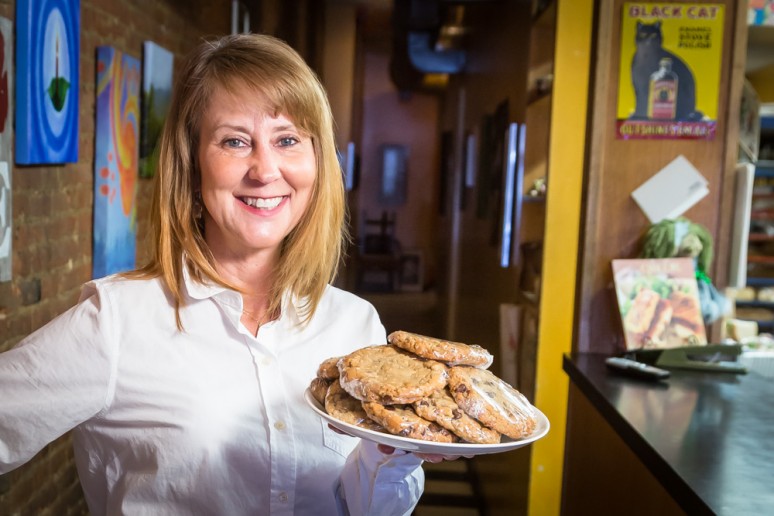 This is what you will find at The Lunch Studio in the heart of Downtown Flint: good, homemade food and lots of healthy choices. Owner Tracey Whelpley, a Flint native, has been serving wholesome and delicious lunches to the people of Flint for 15 years. She lived and worked in cities all across the country before returning to her hometown and setting up her own shop.

While living in California, Tracey worked for a cute, little eatery called The Garden Café. Later, she lived in New York and worked in retail for many years.

She returned to Flint in September 2001, and at the time, Downtown Flint was still at the bottom of the economic downturn. “When I came back, I noticed that there really weren’t many places Downtown to eat lunch,” she recalls. “I wanted to have my own business, and as the oldest of six kids, I had cooked a lot!”

“I just want people to feel at home when they come in here.
That’s what we are all about.”
Tracey Whelpley 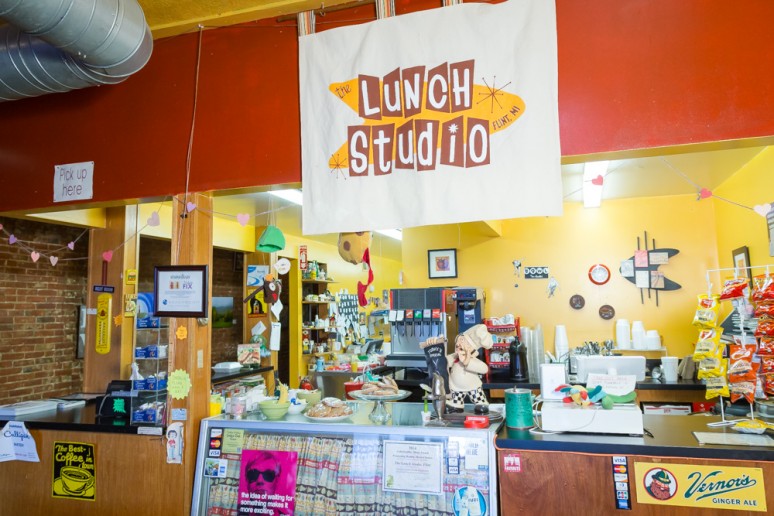 Tracey’s idea for her restaurant was inspired by the experience she gained working at the café in California. “I was the kitchen manager there and I had a good sense of it,” she shares. “I also gained a lot of managerial experience working in retail.” So, she rented space in the building on Saginaw Street where The Lunch Studio is now located. 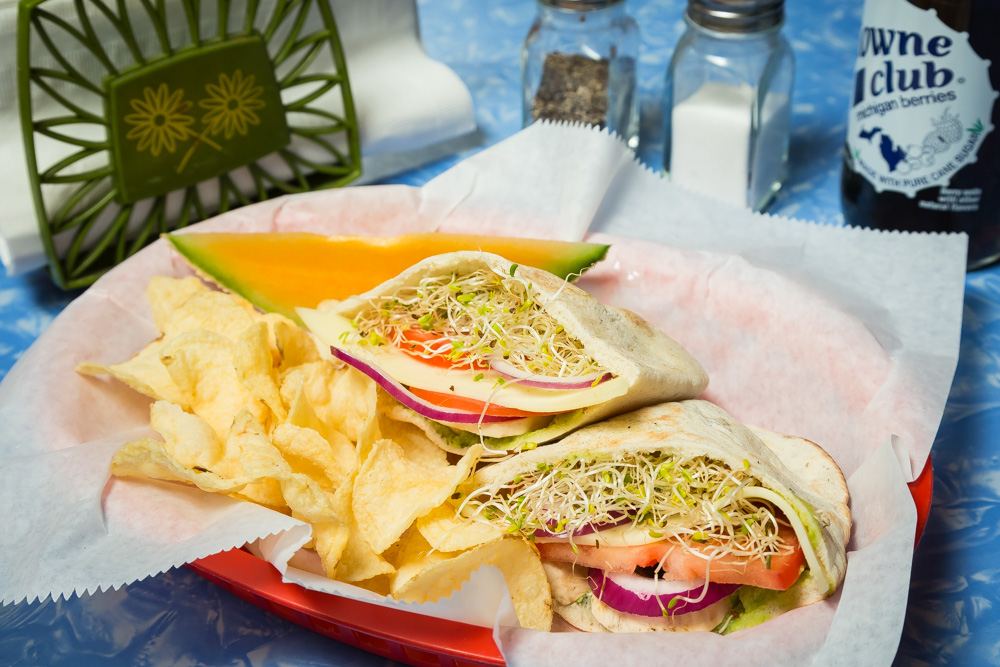 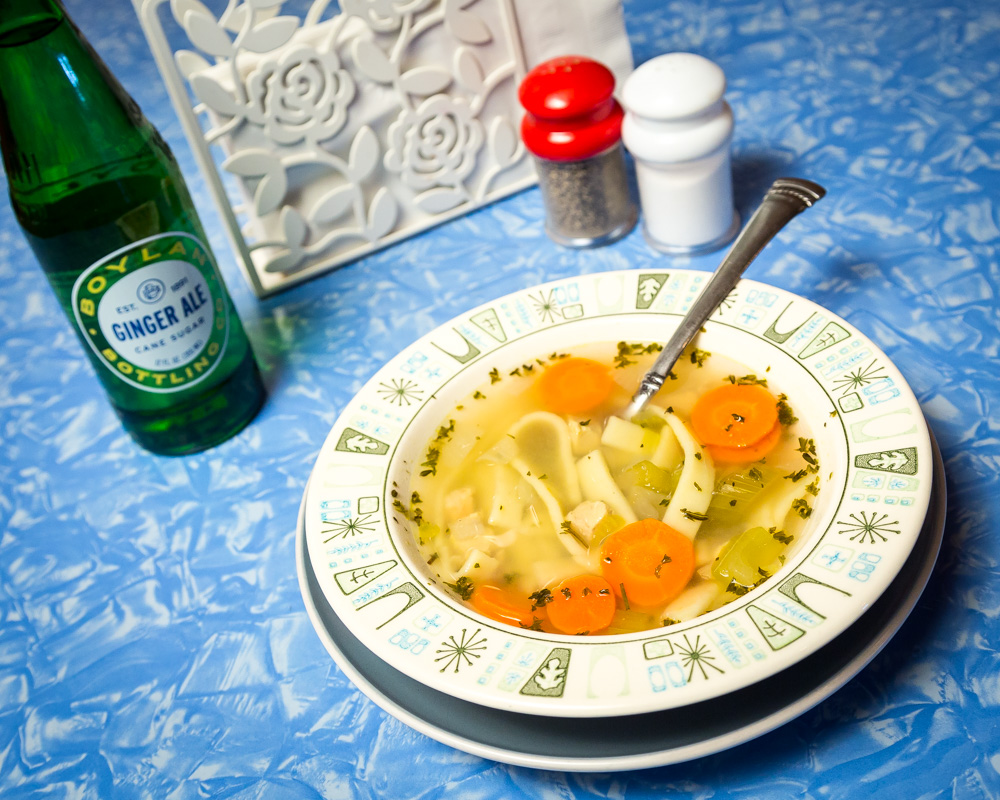 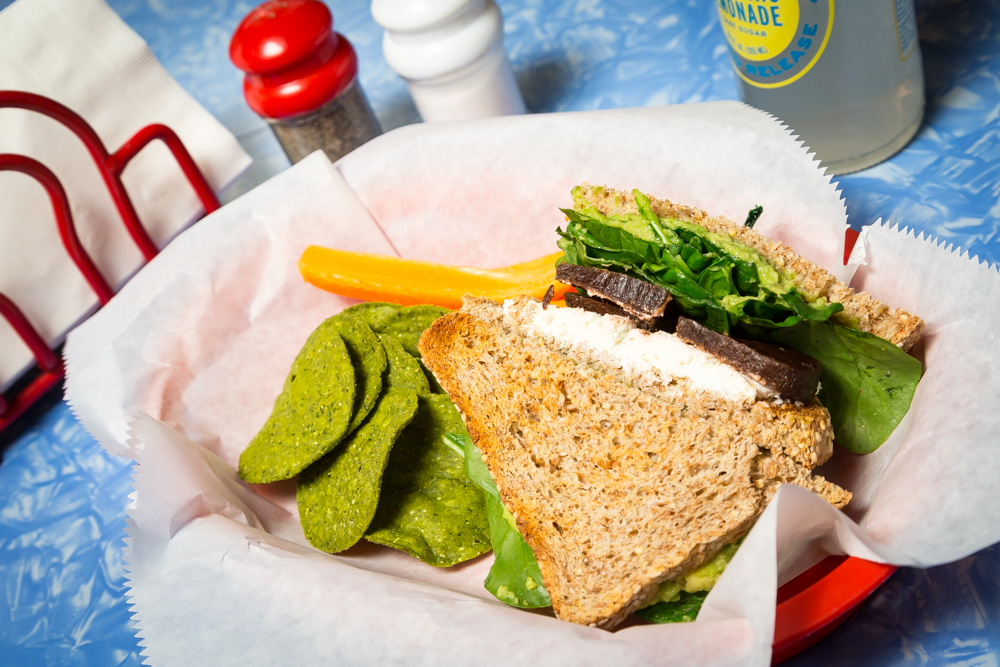 Now, Downtown Flint offers a plethora of restaurants and eateries. “But, I think The Lunch Studio is the place for lunch Downtown,” says the owner. And with its homey – not fancy – atmosphere, her patrons agree. The fare is simple and healthy. “We have some clean-eating sandwiches on the menu,” says Tracey. The “Keep It Clean” is made with creamy goat cheese, avocado, spinach and roasted sliced beets on toasted, sprouted whole-grain bread. It is served with spinach and kale chips and a fruit garnish. 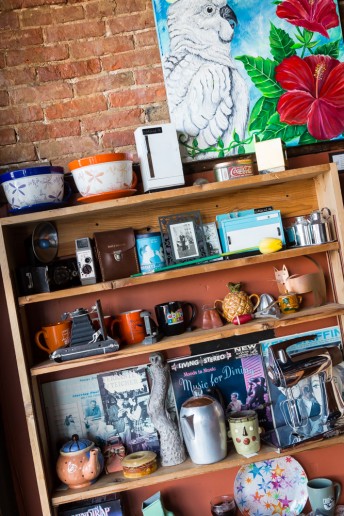 The menu also features a variety of deli sandwiches including Waldorf chicken salad (chicken, grapes, celery, chopped walnuts and mayo), hot corned beef and Swiss, a turkey or corned beef Reuben, and a BLT, to name a few. “Mom’s Tuna Salad sandwich is pretty popular,” Tracey admits. “We usually have at least one vegan soup every day. They taste really good.” Served daily are two  homemade soups, some of which are gluten-free, and two different varieties of chili. Soup, salad and sandwich combos are also available, and they keep gluten-free bread on hand. The meat is purchased locally from Abbott’s Meats and much of the produce comes from the Flint Farmers’ Market. The Lunch Studio also has a limited breakfast menu including bagels, croissants, and egg and cheese sandwiches.

Want something sweet after a delicious, satisfying lunch? “We try to bake cookies every day,” Tracey says. “They’re made with real butter and vanilla; we don’t mess around.” One customer favorite is Amy Kelsey’s peanut butter cookies, which are served on Wednesdays. “I swear, they are always gone before the day is over,” Tracey says, adding that the chocolate chip, oatmeal raisin, and Almond Joy cookies are also very tasty. Daily specials are posted to their Facebook page.

A four-member staff keeps The Lunch Studio running smoothly. “All three servers are named Amy,” Tracey says with a laugh. All of them have worked there for over three years, and Amy Mason has been there for ten years. There is seating for approximately 35 people, and a room in the back is a meeting area for private lunches. Patrons enjoy free Wi-Fi, and there is a spot where they can buy items made by Flint Handmade. Keeping with the Downtown connection, the restaurant walls are decorated with works by local artists that are available for purchase.

The Lunch Studio caters boxed lunches, combo lunches and sandwich trays for business lunches. “We provide a salad bar lunch, and we offer free delivery in Downtown Flint,” Tracey says. The restaurant is used for events by various groups, such as Flint Handmade. Currently, a yoga class is held there on Sundays.

What Tracey likes best about her business is her location in Downtown Flint. “It’s really cool down here!” she exclaims. “I appreciate my customers. I have a lot of loyal people who have been coming here since I opened, and I really appreciate that. They love our good, wholesome food. And we have a great business community; we love to see each other succeed … we really support each other. I just want people to feel at home when they come in here. That’s what we are all about.”