I’m going to tell you a story. It’s a weird story … one you probably won’t believe.

It starts when I was very young – too young to remember, really. My parents remember it, though. They used to tell me the story of “the hat.” You see, when I was oh, two years old or so, my father wore a cowboy hat and when he got home from work each day, he hung it on a hat stand in the entryway, on the very top hook where my grabby little-kid hands couldn’t reach it. One day, he came home and hung up his hat, then followed my mother into the kitchen, leaving me alone in the entryway. The next thing they remember is me toddling into the kitchen wearing my father’s hat. They had just seen him hang it on the top hook and were sure that I had knocked over the stand to get it. When they went to the entryway to check, the stand was exactly how it had been – still standing. To this day, they have no idea how I got that hat all those years ago.

It was not uncommon for strange things to happen in that old farmhouse. All the standard horror movie tropes apply: lights would turn on and off by themselves, the record player downstairs would start in the middle of the night, the VCR would suddenly play a movie, etc. But, that was okay – we were used to that stuff. There were some things, however, that we just couldn’t get used to.

My mother will never set foot in that house again, I’m sure of it. She remembers many nights when an apparition stood next to her bed, breathing heavily. It never touched her or hurt her in any way. It just stood there, breathing … in and out … in and out. Until finally, she had enough and we moved out of the house. And then, there was my room – well, that’s a story for another time, I suppose. (I won’t go into what I experienced as a child; but if enough of you’re curious, I might post the story online later).

What I can tell you is that if ALLI Paranormal Investigations had been around when my family lived in that farmhouse, you can bet my mother would have called them for help in a skipped heartbeat! 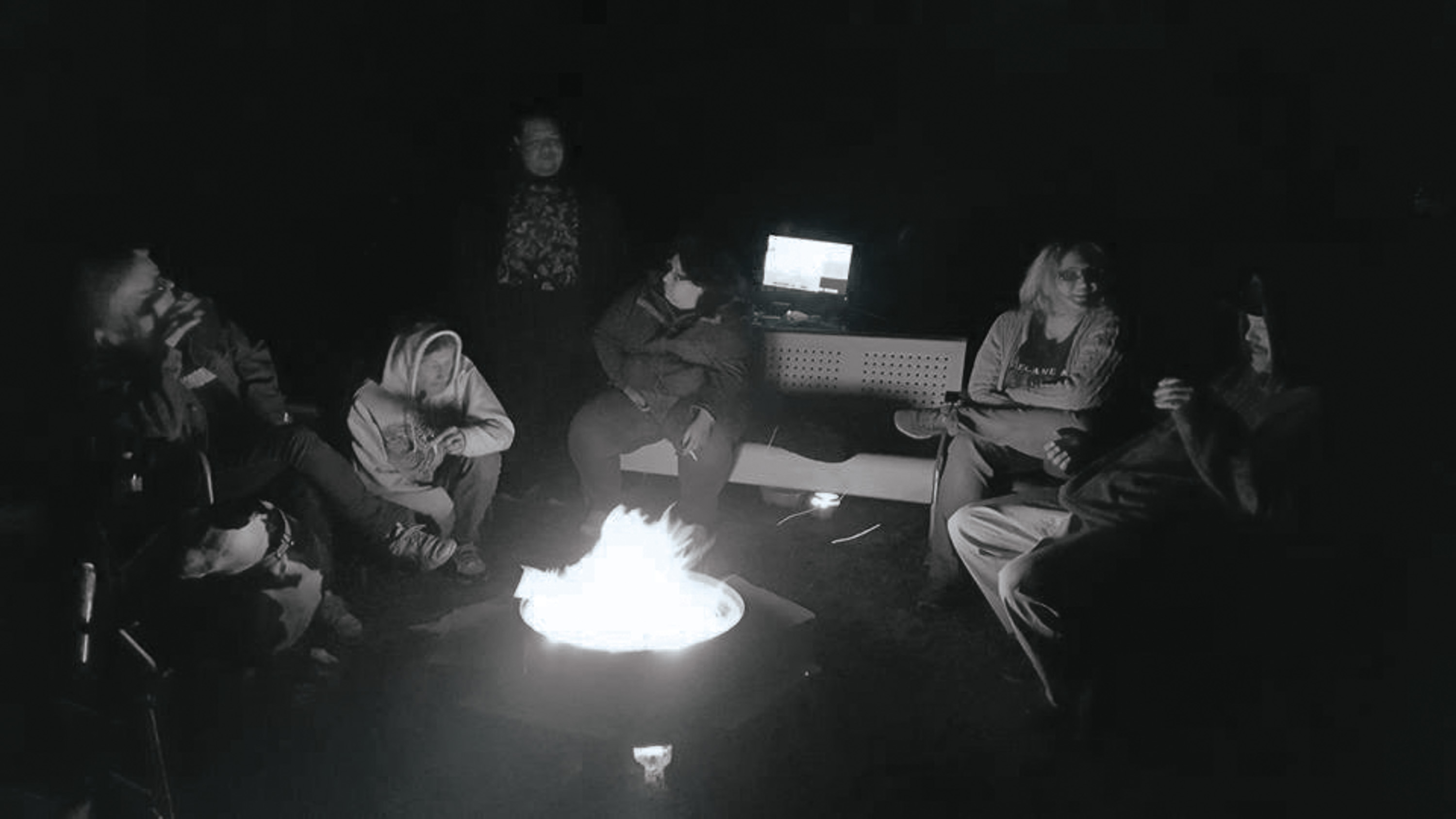 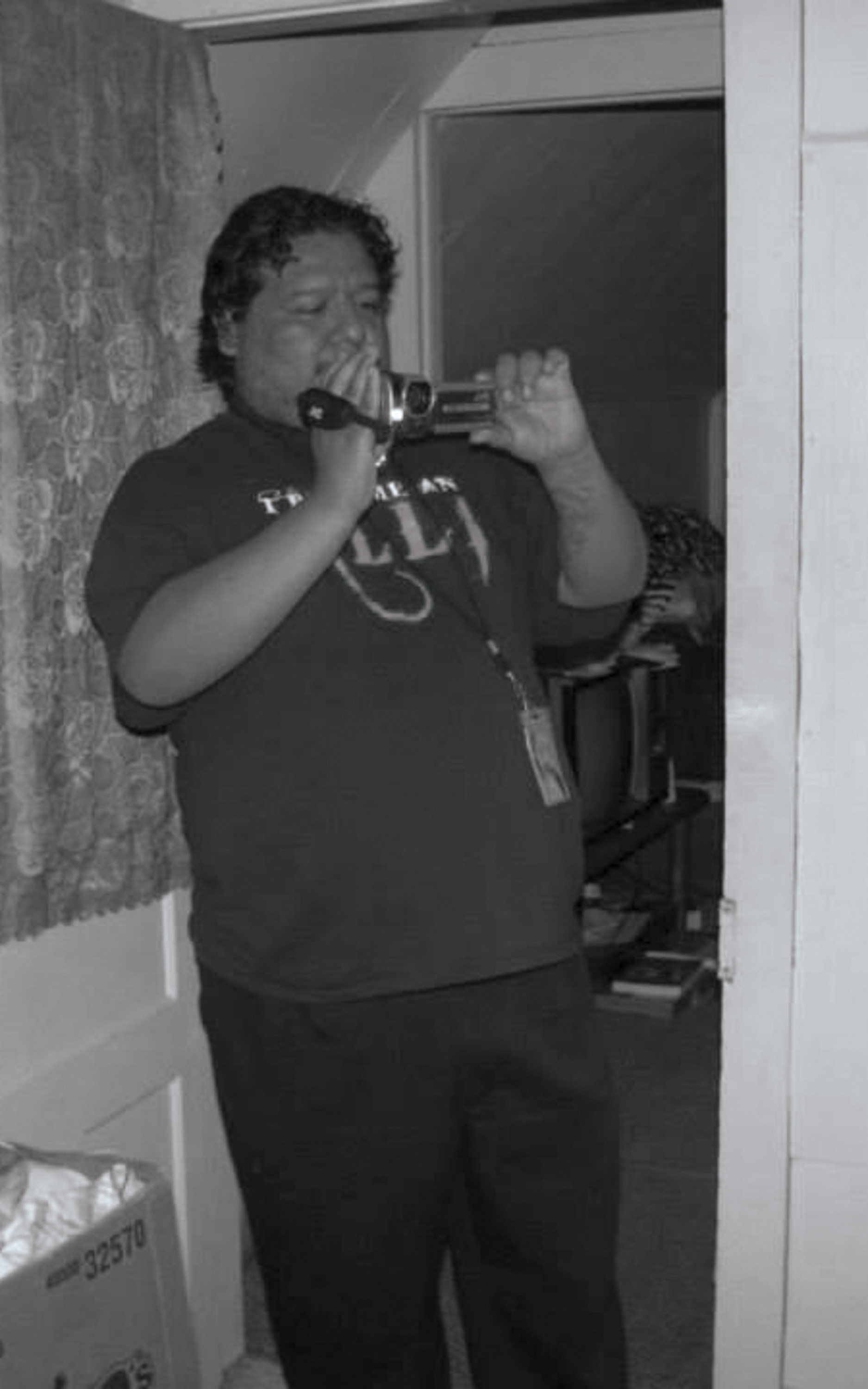 Based in Owosso, ALLI Paranormal Investigations of Mid-Michigan was founded in 2009 by a group of friends all curious about the paranormal. It was, at first, a fact-finding mission to answer their own questions about the afterlife by gathering evidence and data. Over the years, their mission has evolved. “Our purpose is to give people piece of mind, whether it be evidence to back their claims, or showing them other reasons why unexplainable things may be happening,” says founding member, Felicia Rodriguez. “We want people to feel comfortable in their own homes and properties.”

Some ALLI members join because of their interest in the paranormal and some because of what they have experienced. “My family and I lived in a house that had something in the attic,” says Investigator, Tammy Francis. “I was very young and my bedroom was on the other side of the locked attic door. Some nights, it would violently shake like something wanted to get out! I told my parents about it, but they never believed me.”

For Investigator Martin Garcia, the paranormal was always familiar. “I grew up in my grandmother’s home where she worked as a spiritualist. When I was six years old, I saw a full-bodied apparition walk straight through a wall and a closed door. I was terrified, but it didn’t stop me from wanting to learn more.”

For member Don Rich, it was the help he received from ALLI that convinced him to join. “Around six years ago, my wife and I contacted ALLI to investigate our home. We’ve been a part of this wonderful team ever since,” he says. 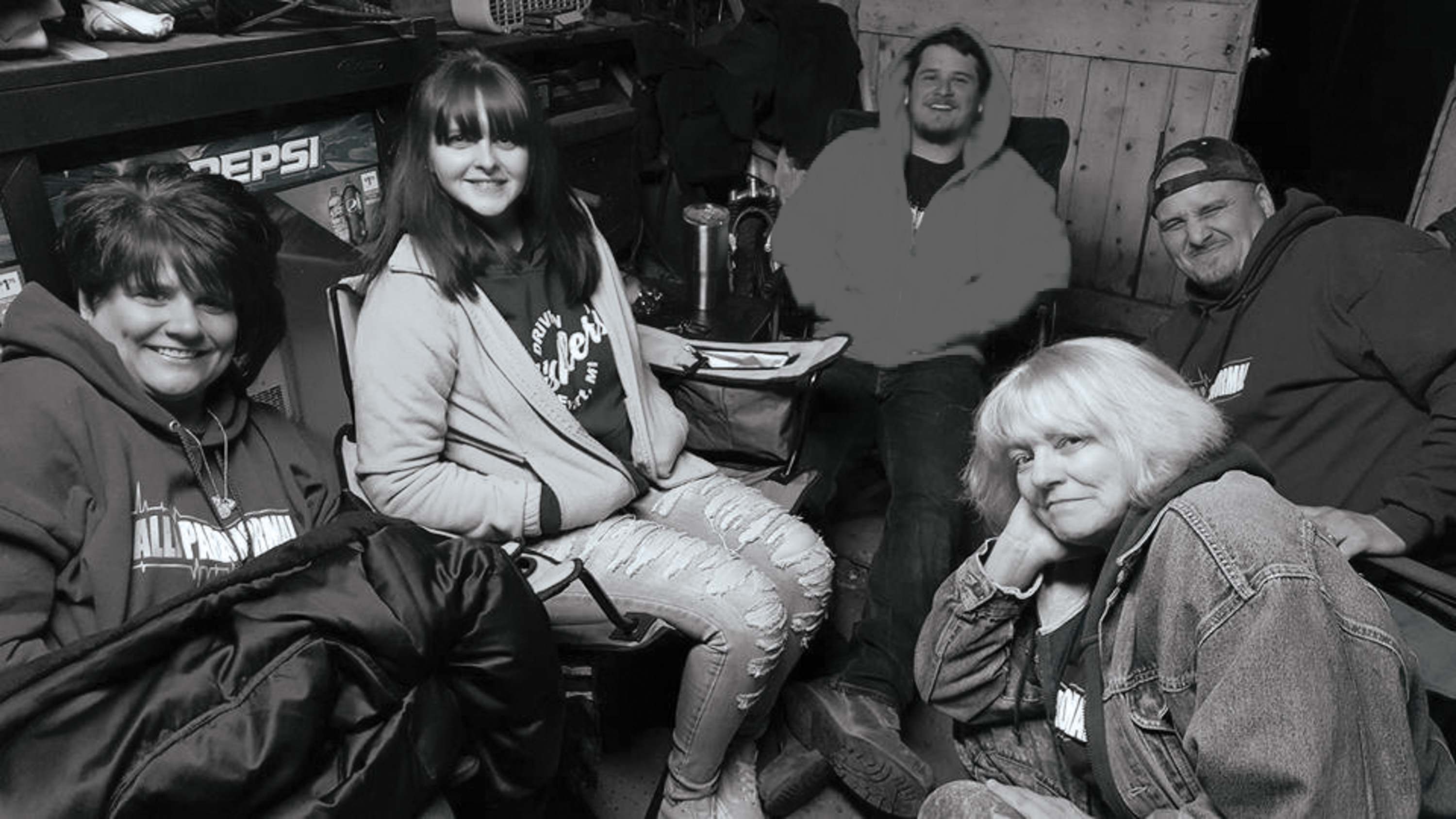 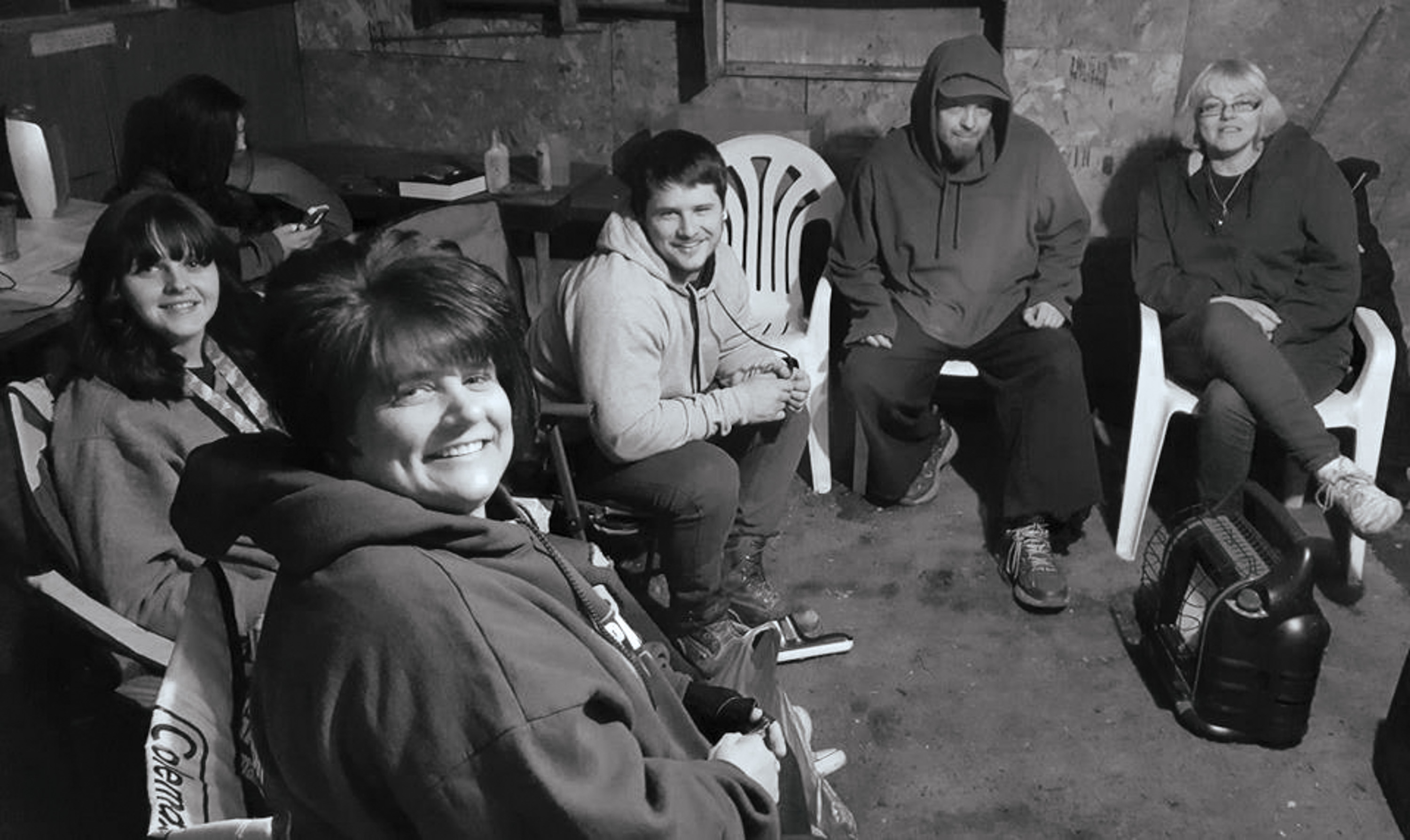 The group has helped families in and around Mid-Michigan to cope with the unexplained, and they go about their investigations as scientifically as possible. Before they claim anything to be paranormal, they try to debunk the phenomena their clients describe. “First, we have to eliminate the normal,” Martin Garcia explains. “Normal things can mimic paranormal experiences.” The team always addresses and eliminates personal, environmental and psychological factors, as well. “A true paranormal experience can be life-changing, so we have to be sure about the answers we provide.”

Over the years and over 100 investigations, ALLI Paranormal has encountered numerous instances of the unexplained. “To date, I think the most active location we’ve investigated is a factory in Corunna,” says Felicia Rodriguez. “Original claims included multiple apparition sightings from many different workers – shadow figures, strange odors and lots of unexplained noises. During each investigation, we experienced similar things: shadow figures, hearing footsteps on the second floor, feelings of being watched, followed or touched. We also witnessed one former ALLI member be pushed to the ground. He’s had problems with his back ever since.”

“I think the most haunted place we visited was a restaurant in Durand,” recalls member, Monica Garcia. “We caught a lot of EVP (Electronic Voice Phenomena, referring to unintentionally recorded voices or sounds at a frequency too low for human hearing). We were touched and even caught several glimpses of what we assumed to be a man in shadow form. And, my hair was pulled out of my hair clip!” Garcia’s story is corroborated by Investigator Tom Nohel. “The building in Durand is old and was at one time a brothel. Lots of unexplained things happened there. In the basement, I saw a very tall shadow man wearing a cowboy-style hat. We now call him ‘The Hat Man’. During that investigation, something grabbed me by the arm.”

Despite everything the ALLI team has seen, some things still make their hair stand on end. “I’ve only been truly frightened twice,” Garcia remembers. “Once, during an investigation at a lighthouse, Tom and I were in the basement and our camera and flashlights died just as a strange noise started outside the cellar door. It sounded like a wild animal trying to claw its way in. Tom wanted to open the door to see what it was, but I begged him not to. We checked later on, and found nothing but the inner and outer doors locked with no way in.” 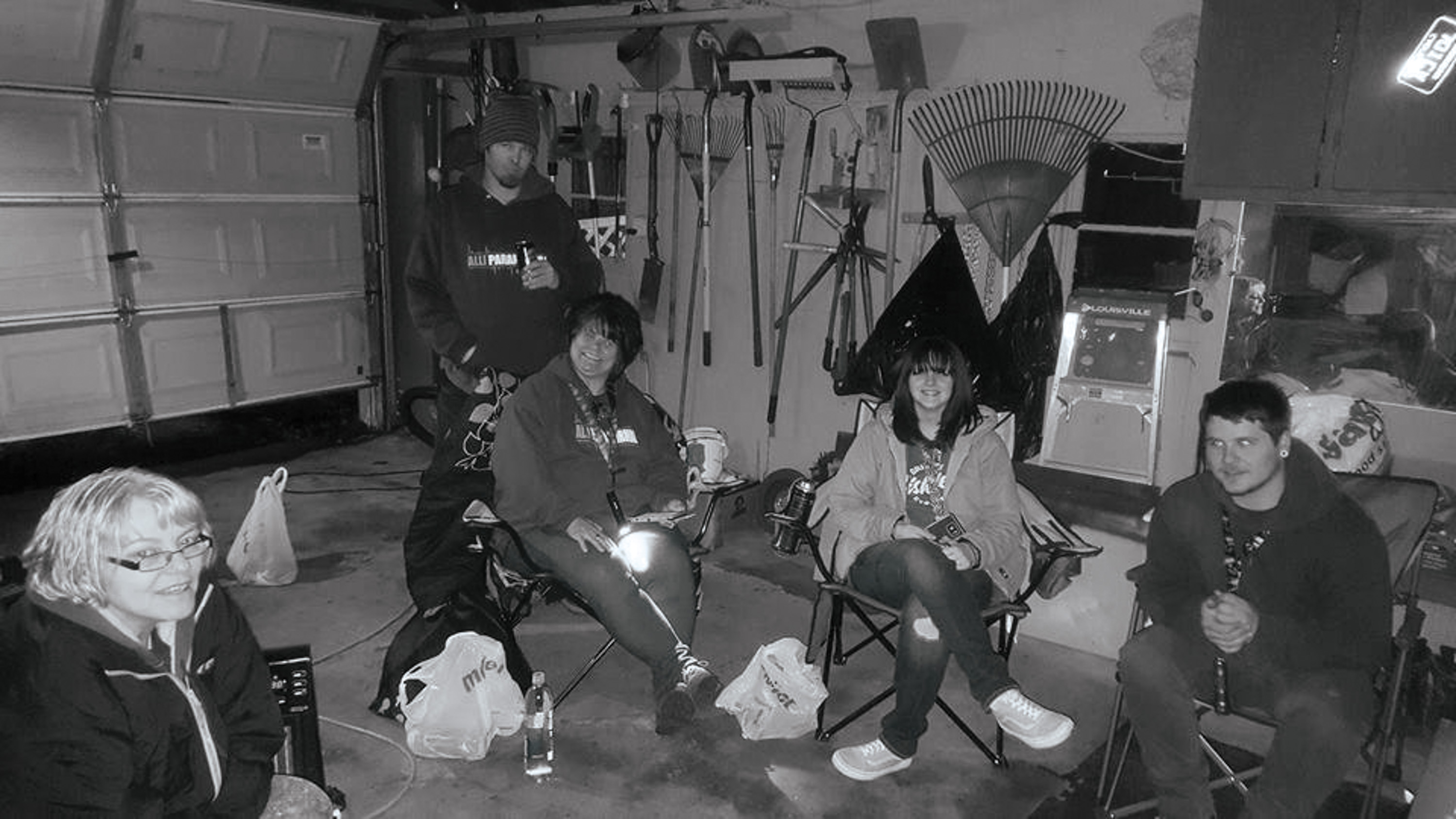 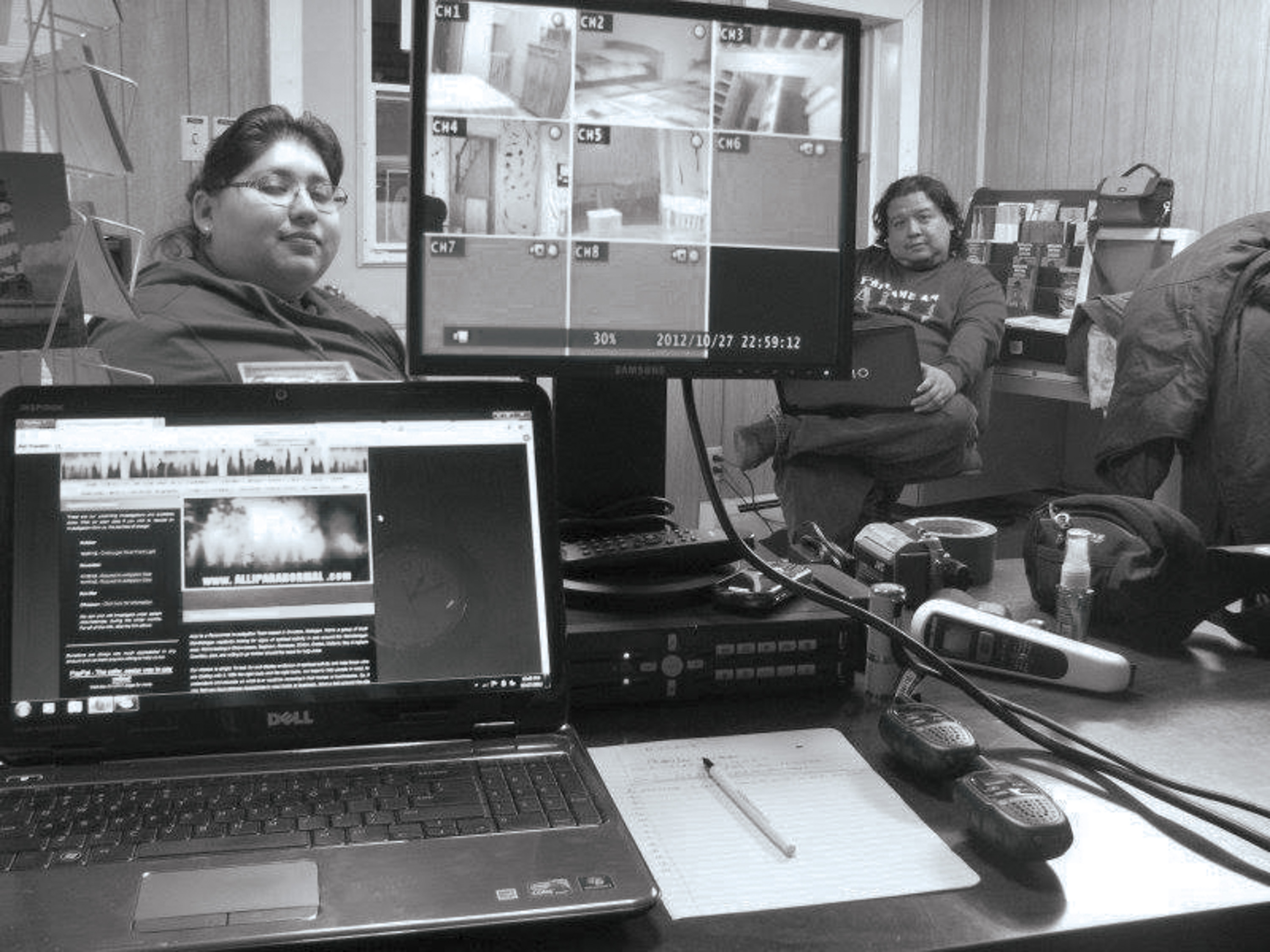 During another significant investigation, Monica and Felicia were affected in frightening ways. “Felicia was pretty much in shock for over an hour and could not respond to us,” Garcia says. “Monica felt as though something wrapped itself around her and wouldn’t let go. I felt powerless to do anything. It showed us that we needed to be better prepared.” Tom Nohel lost his nerve once during the factory investigation in Corunna. “I was walking alone across the main floor to give someone on the other end a flashlight, when a shadow figure walked right between us,” he says. “I also felt I was being followed coming down the stairs from the second floor. There were footsteps right behind me.” Investigator Tim Rich recalls being frightened during an investigation, when he experienced a disembodied male voice whisper “hello” in his ear.

The ALLI Paranormal team will continue investigations as long as they are able, and always look forward to experiencing more exotic places. “My dream location for an investigation is the Gettysburg Battlefield,” says Rodriguez. “You can feel the energy there – the sorrow and the anguish. I would love to be able to communicate with a Civil War soldier and record EVP.”

“I would really love to investigate any castle in Ireland,” shares Garcia. “I’m not sure if I’d actually find any spirits, but it would definitely be an unforgettable experience.” For Nohel, it’s a place a little closer to home. “I want to investigate the old Traverse City State Hospital. I first heard about the old asylum in 1996, and went there to see the buildings. We’ve taken the historic tour a couple of times, and that makes me want to investigate it even more.” 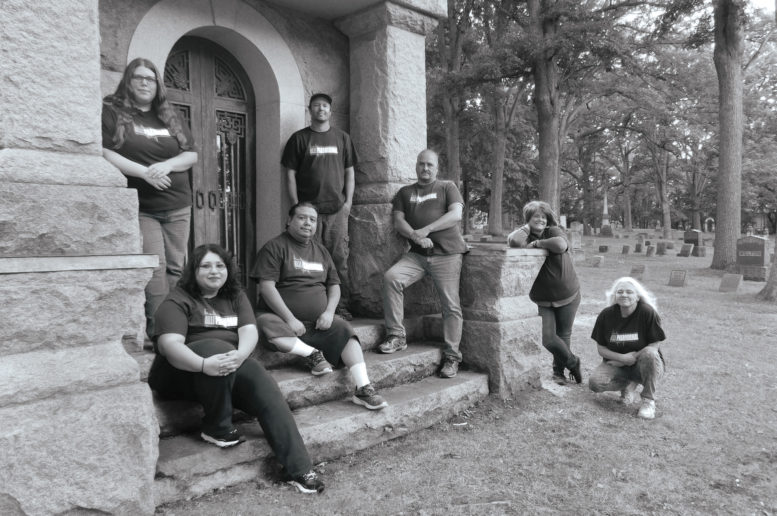 “I believe that anyone can have a paranormal experience if they are open-minded,” continues Monica. “I don’t think that there is a specific setting or reason why a haunting happens. Spirits are always around us and some choose to make themselves known. I feel that those that do are just bored and decide to stir things up without really thinking about how it affects the living.”

If you or anyone you know are experiencing the unexplained, contact ALLI Paranormal Investigations by phone (989.996.5455), through social media, or visit alliparanormal.com. Members will get back to you quickly to schedule an initial meeting and walk-through. Their service is extremely professional and absolutely free – they just want to help.

“Some people are curious and have questions. Some want us to gather information and prove they’re not crazy, and some don’t want us to find anything at all,” says Felicia Rodriguez. “Others are legitimately frightened of something and want our help. Whatever the situation, we listen and try to help them to the best of our abilities.” 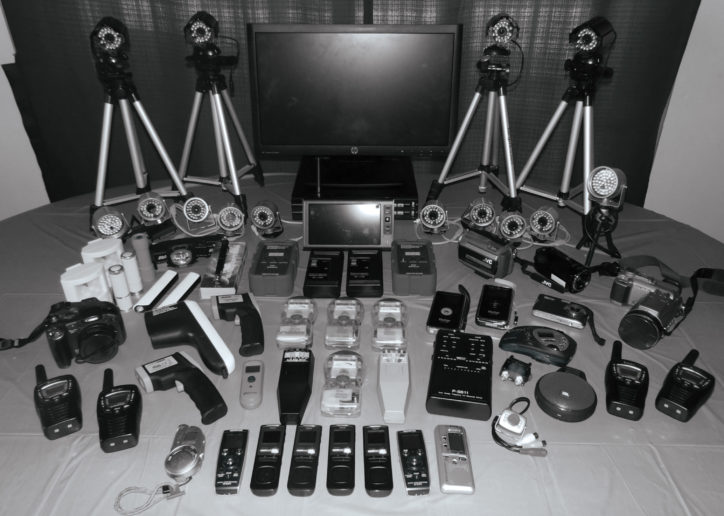 ALLI utilizes an eight-channel DVR system and a four-channel wireless DVR system with infrared day/night-vision cameras for their video, and several different voice recorders for audio. Other devices used in their investigations include: