For Jill Lyons, working at the Center for the Arts of Greater Lapeer has taken her life full circle. “The building that houses Gallery 194 was once owned by my family,” the Center’s executive director says. “It was built as a clothing department store and it opened on my first birthday.” She spent years of her childhood in the building and she has proof of that. Tacked up on a small bulletin board in her office is a picture of her as a child with her mother and father in the department store, standing approximately four feet from where her office now stands. Her family sold the building in 1989 and it changed hands a few times before being purchased by the City of Lapeer Downtown Development Authority (DDA). After high school, Lyons went off to college and spent some time working with the Milwaukee Repertory Theatre. Family brought Lyons back to Lapeer, where she happily works in the old building, now re-purposed and tailored to her expertise – theatre and the fine arts.

Located in Downtown Lapeer, Center for the Arts of Greater Lapeer is the combination of two distinct entities – Gallery 194 and the Pix Theatre. “It all started with the Pix Theatre,” Lyons remembers. The Pix Theatre was initially opened in 1941 by George Smith, a traveling performance artist. He did so with one policy in mind, “strict adherence to just one aim … the finest in entertainment!” The theatre has been a staple of Downtown Lapeer and Smith’s policy continues today.

“In 1996, the Pix was up for sale and the city planner thought that losing the theatre would be losing a vibrant part of the community,” says Lyons. “The City of Lapeer DDA decided to purchase the Pix and now, it is a live performance venue.” In 2001, the city formed the Pix Arts Council and started bringing in shows and renting it out to local arts and performance groups in the community. The Pix offers multiple shows and different types of entertainment from September thru May. “In the summer, we have our theatre program. We hold theatre classes for children and adults and we bring in professionals to teach,” adds Lyons. “At the end of the program, our theatre students put on a full production in the Pix.” The Pix may be the crown jewel of Downtown Lapeer, but the building next door offers just as much potential to grow and showcase the arts in the City. In 2013, Gallery 194 and the Pix Theatre merged to form the Center for the Arts of Greater Lapeer. 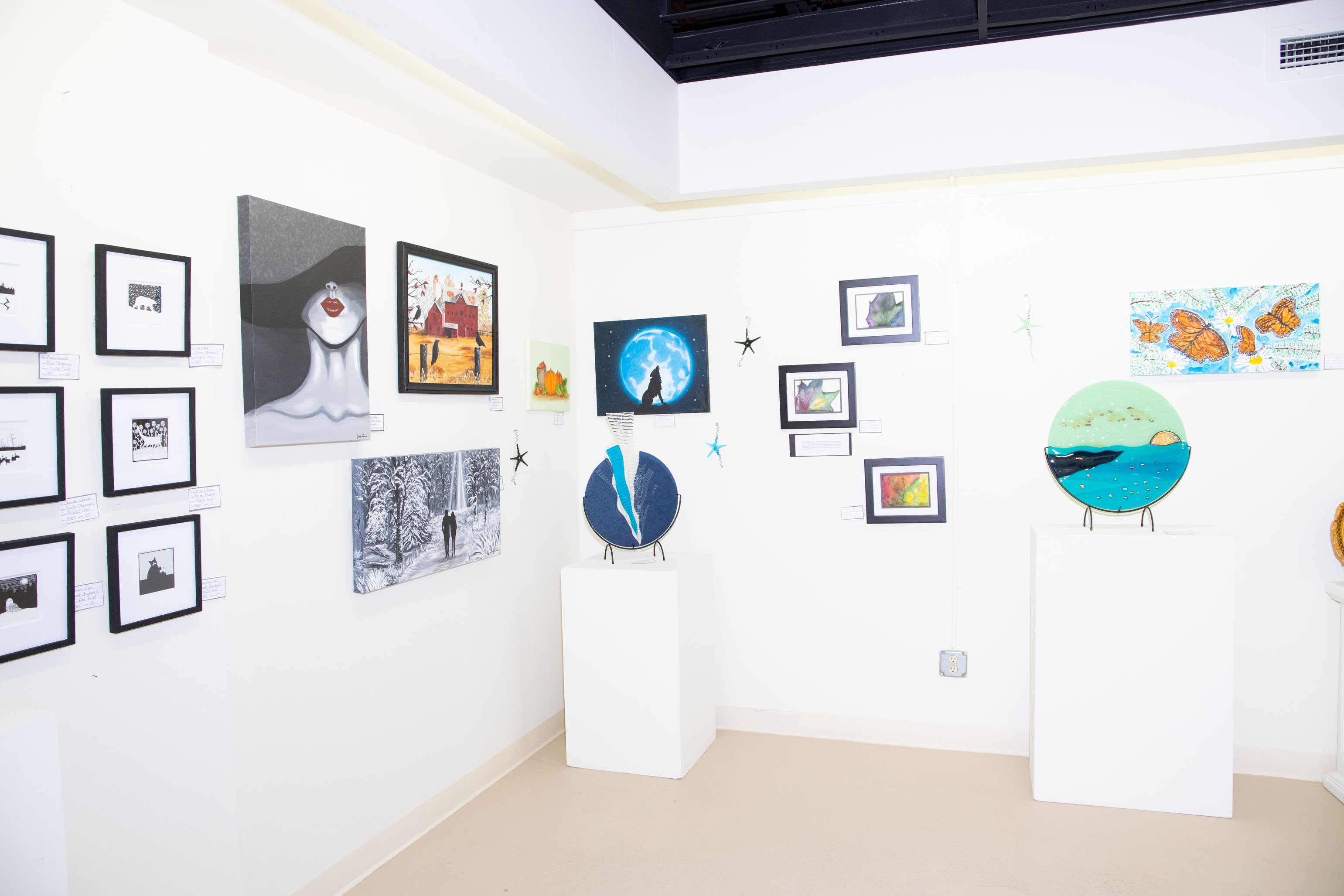 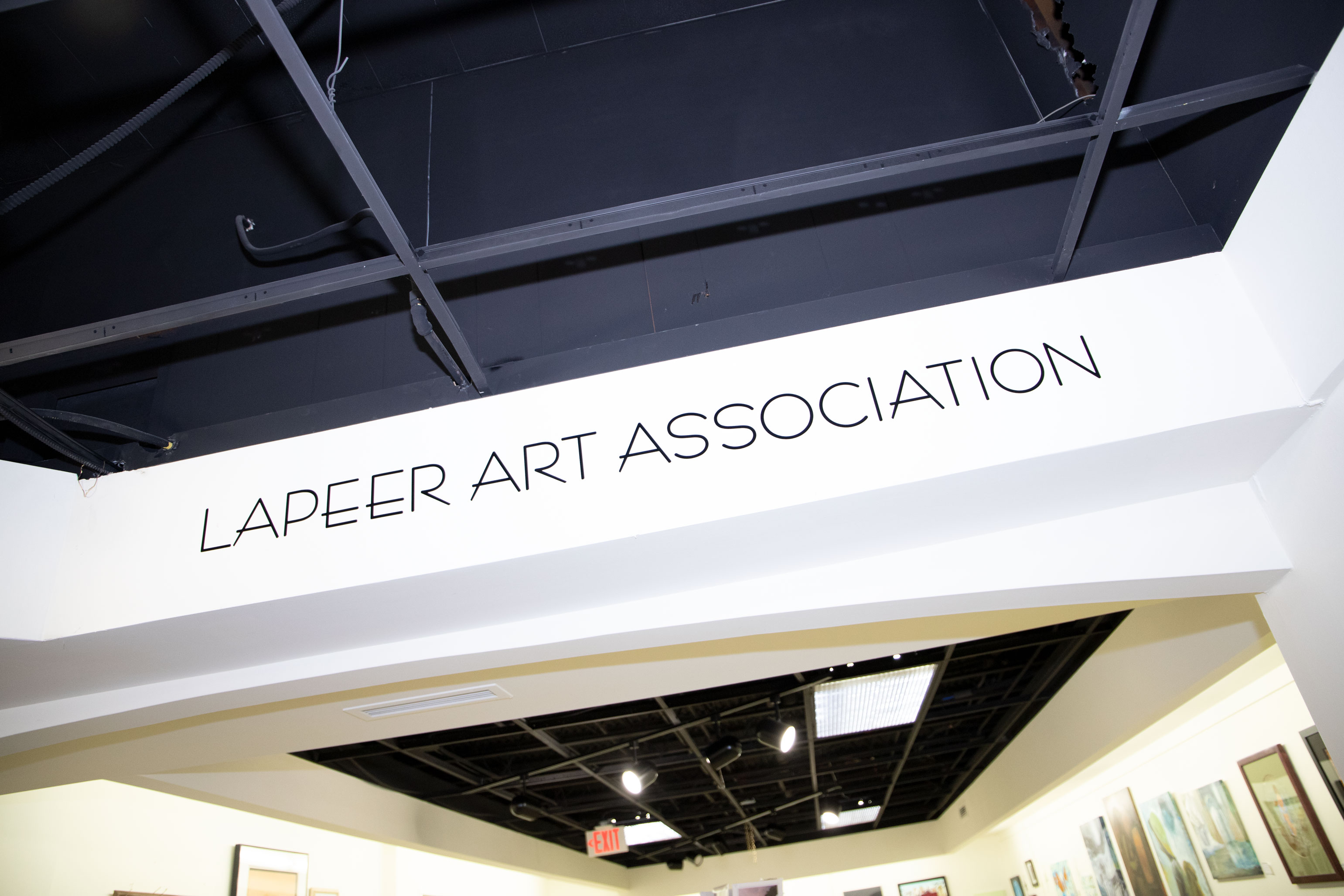 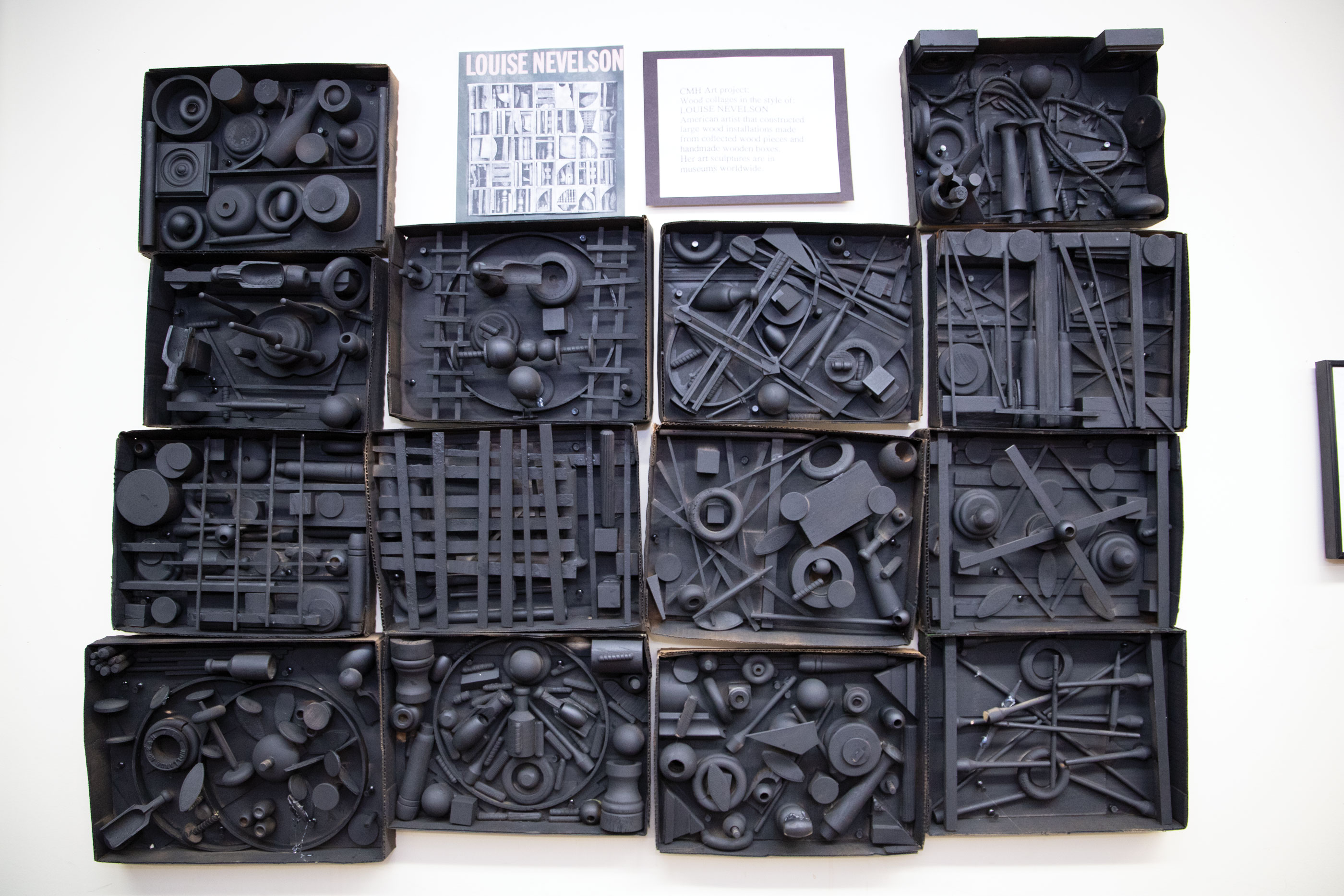 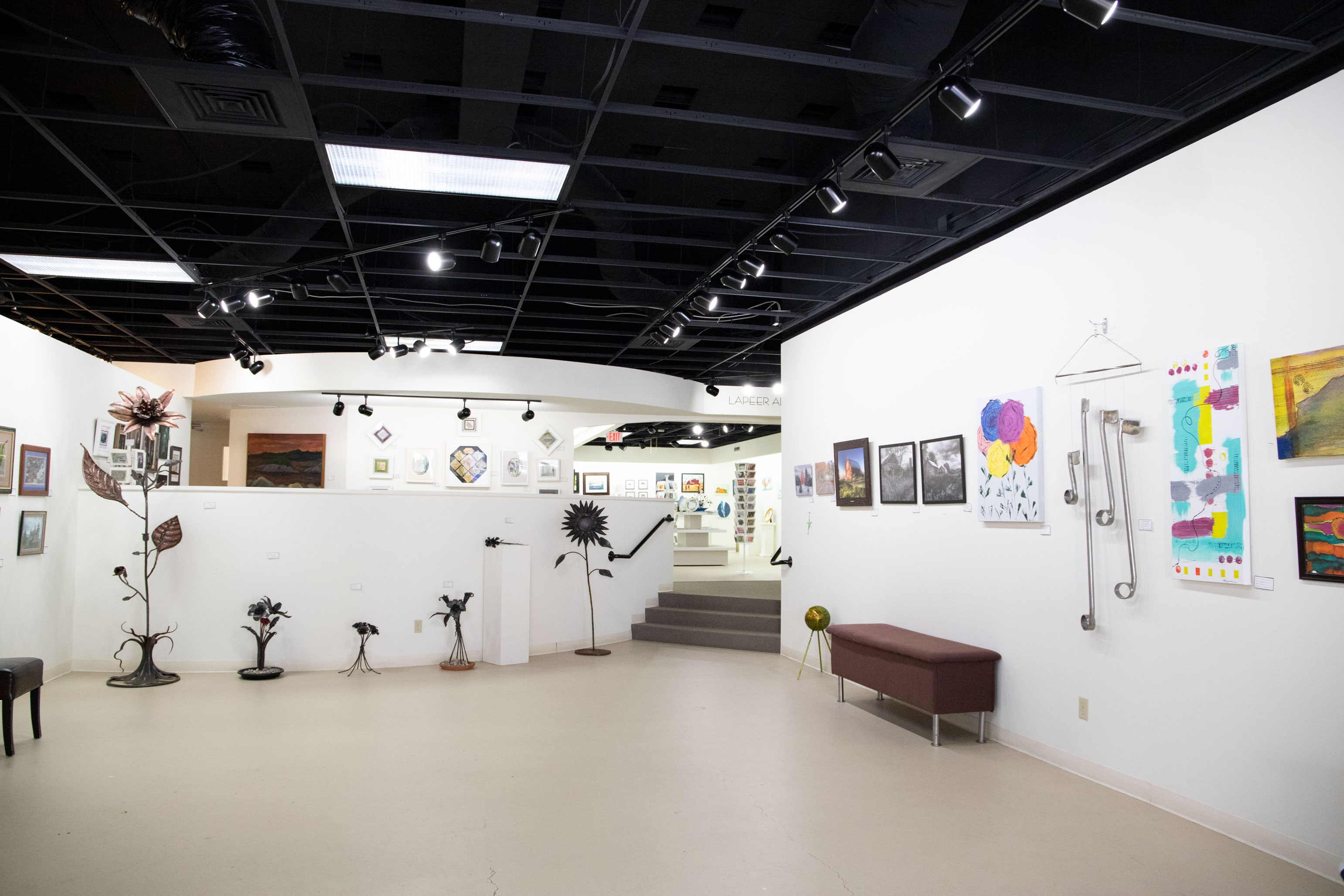 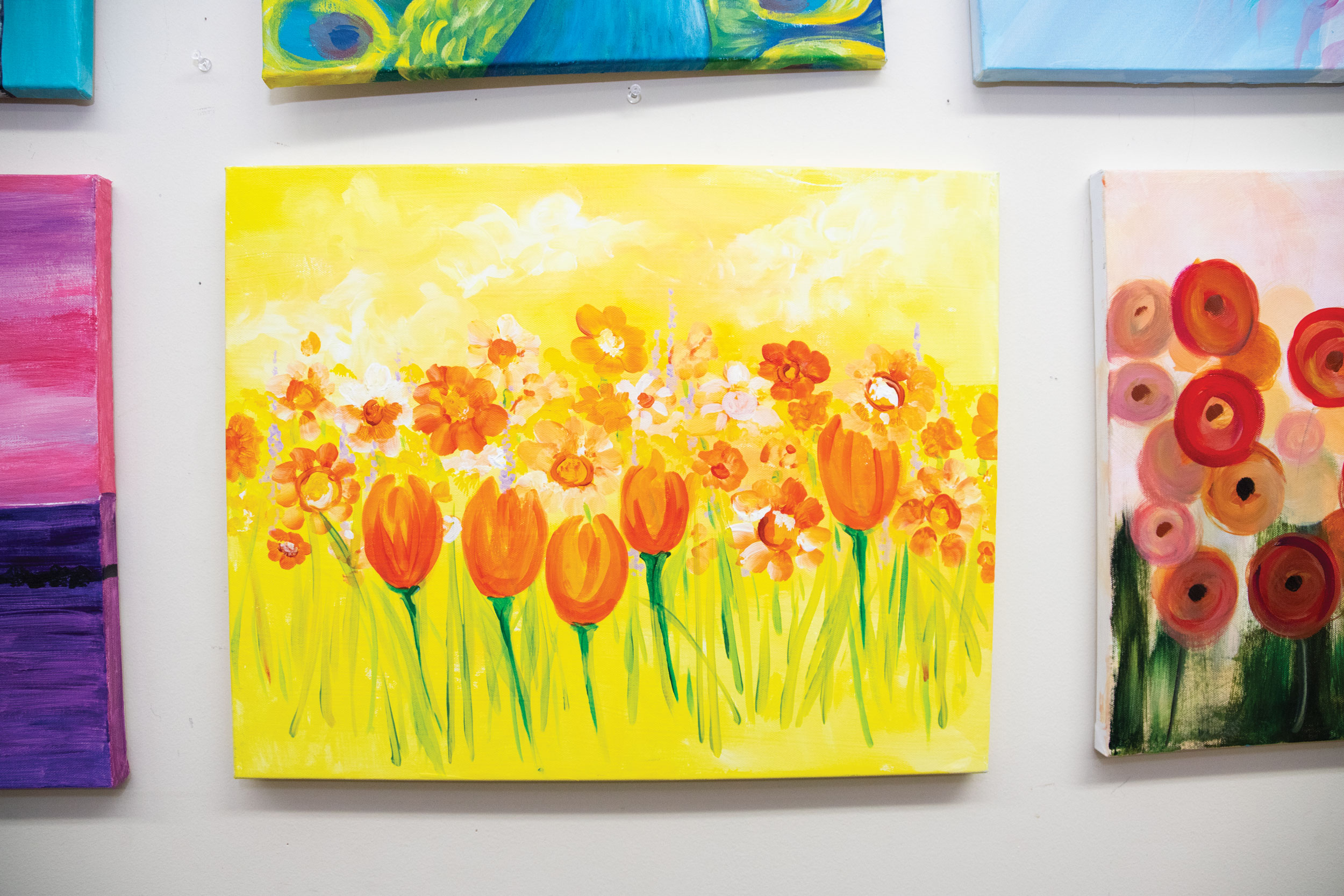 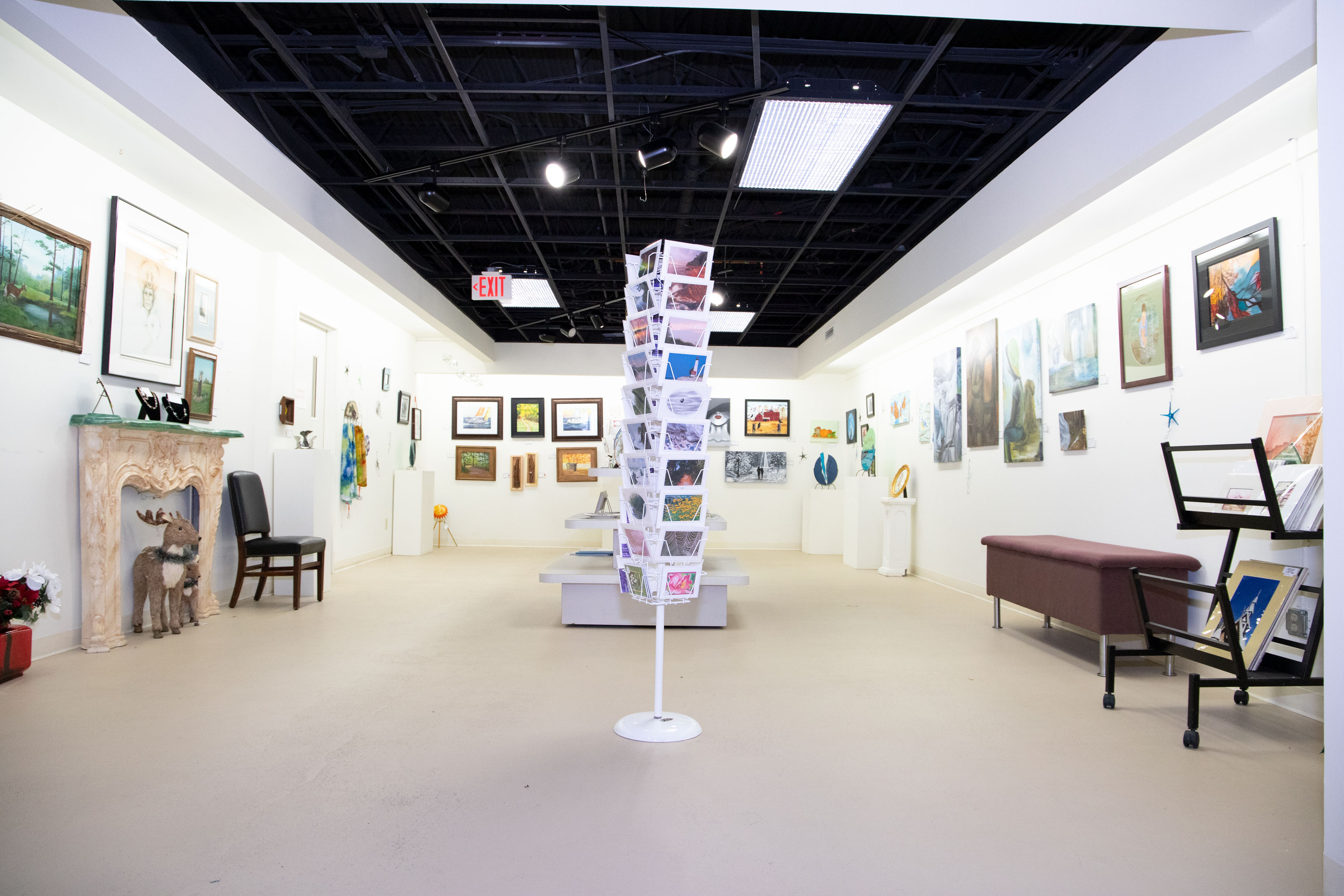 Gallery 194 was opened next door to The Pix in 2005, with the goal of becoming the center of “all things art” for the Lapeer Community. Gallery 194 hosts art shows of all mediums, holds art classes and has been named a Smithsonian Pop-up Gallery, a rare distinction for a Michigan city gallery. “The Lapeer art association rents the upper part of the gallery throughout the year. We use the rest of the space to host different shows of all types of media,” explains Lyons. “We recently had the Michigan Water Color Society Show. We try to be versatile.” Gallery 194 offers classes for those wishing to learn a multitude of art techniques, including: matting & framing, wood-burning, acrylics, watercolor, drawing, drafting and basket-making. They also offer a popular program entitled Imagination Uncorked, where novice artists are guided through a complete painting from beginning to end in one session, while enjoying their favorite beer or wine. All classes are open to anyone who wishes to learn and the classrooms are handicap accessible. The classes have been so successful, the gallery is looking to expand.

Jill Lyons loves teaching and showcasing art, but her greatest joy lies in the work that the Center does for the community, and both the Pix and the Gallery play important roles. “We are trying to become the center of the Downtown community of Lapeer and a big part of the city,” she states. Throughout the school year, the Pix opens up to local and county schools for field trips, offering education and entertainment to kids and adolescents. “In the spring, we have shows on Michigan history, black history, and one for young children called My Mouth is a Volcano,” Lyons says laughing. “It gives the kids a chance to go to a live theatre. They love it! The best thing to hear is our theatre full of little voices just laughing together. It’s great.” The theatre also offers a senior program called the Silver Series. “It’s a great afternoon show for anyone who wants to come in, get a cup of coffee and be entertained,” Lyons says with a smile.

“We are trying to become the center of the Downtown
community of Lapeer and a big part of the city.”
– Jill Lyons

In February and March, the Gallery will host the local schools K-8 art show, followed by the high school show and then, the Chatfield art show. “The gallery is just full of children’s art and it really is the best,” says Lyons. “Every nook and cranny is taken up. The parents and the children absolutely love it, and we love it too.” Gallery 194 also works with high school students in a program called Generation Arts. “Art is being pushed out of schools, and we wanted to help fill that gap,” Lyons explains. “What worries me is that we may be robbing youth of the opportunity to excel in the arts that I had when I was in school. We want to provide every opportunity to students to find success in what they love.”

Besides Executive Director Lyons, the Center for the Arts of Greater Lapeer employs only two others year-round. Amanda Schroeder is the Director of Operations and Katie Beth Chrismer is the Center’s Director of Communications. “Those are our titles but we really do everything,” Lyons laughs. “We are janitors, maintenance, secretaries and grant writers. During shows we do employ high school students to run concessions.” 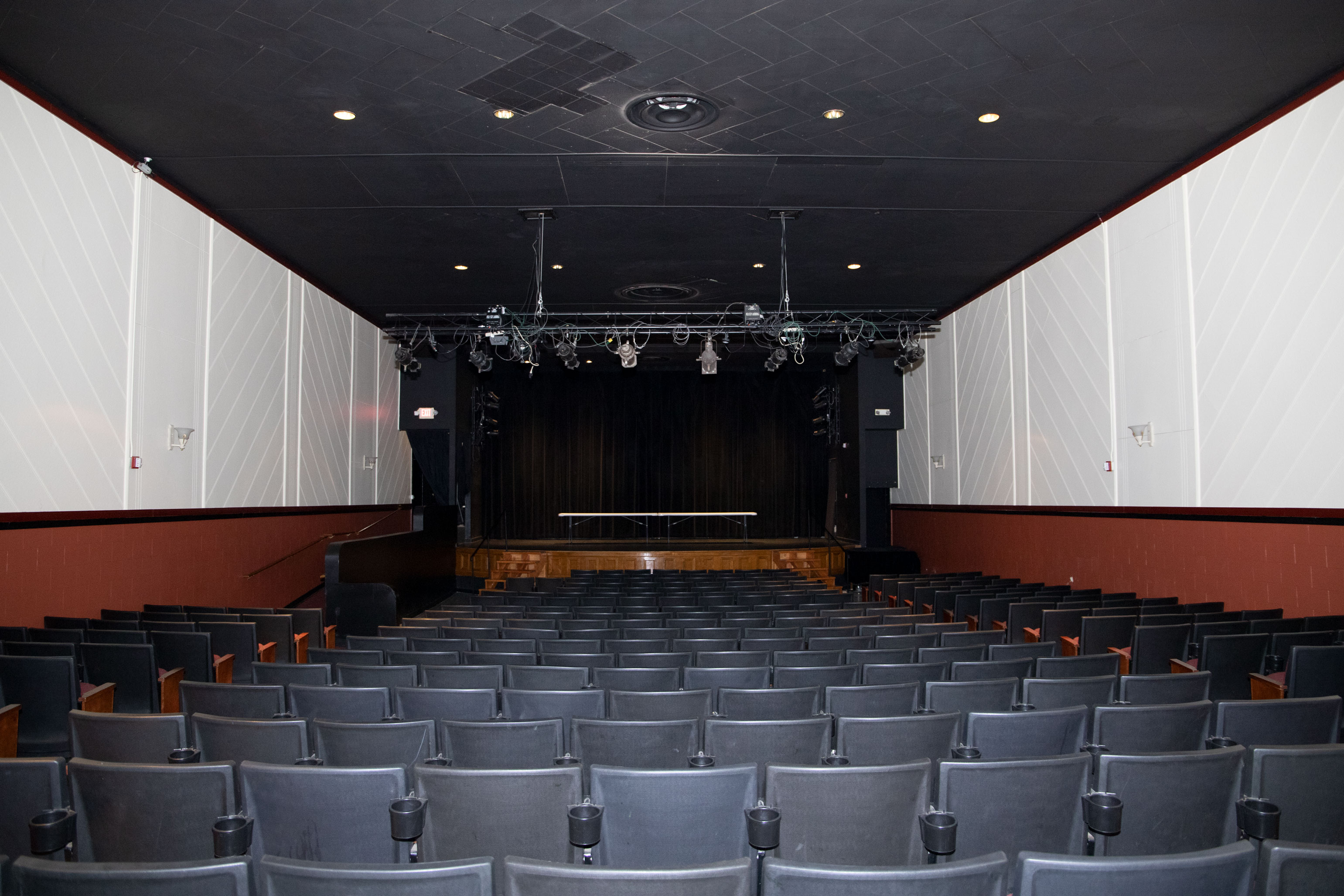 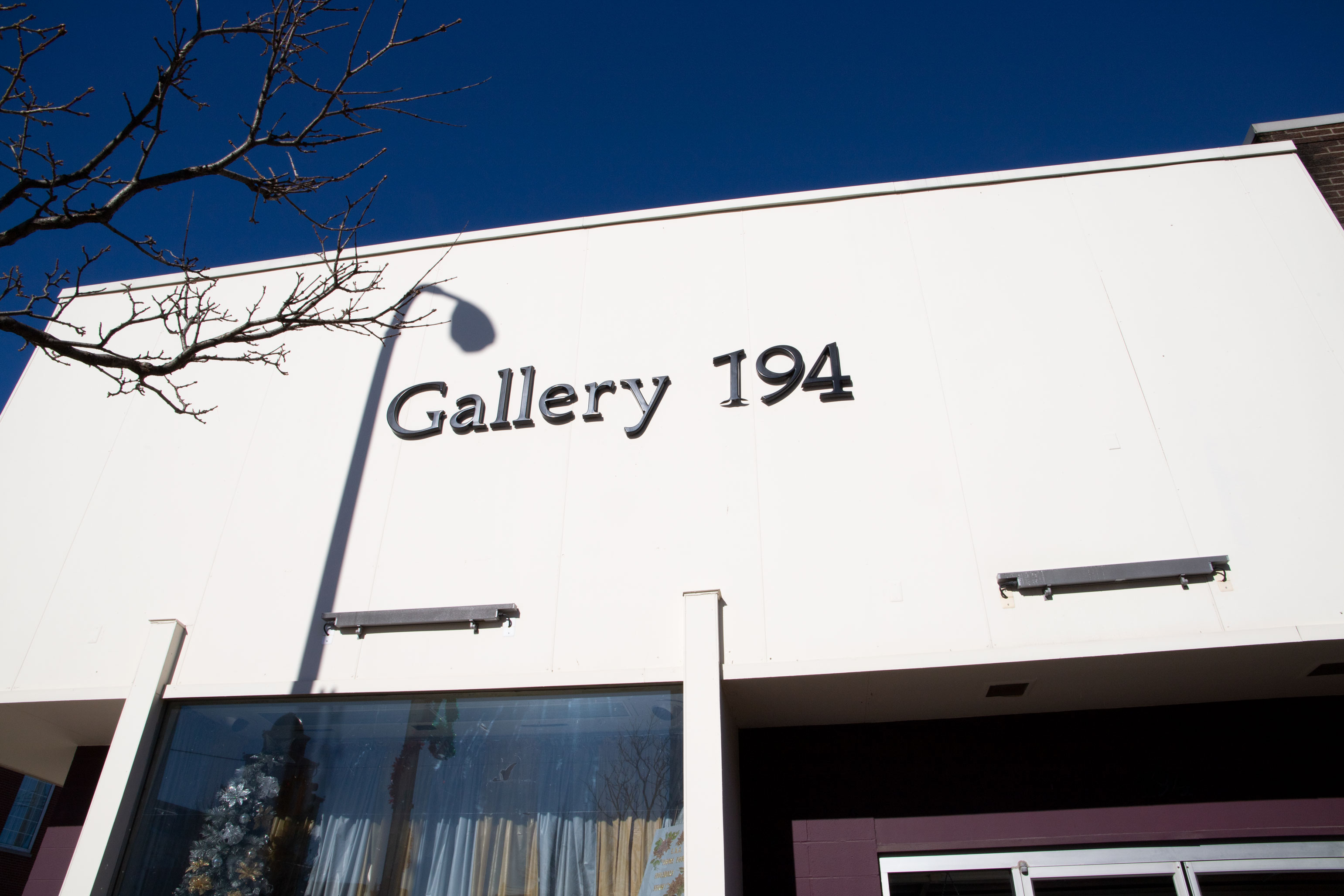 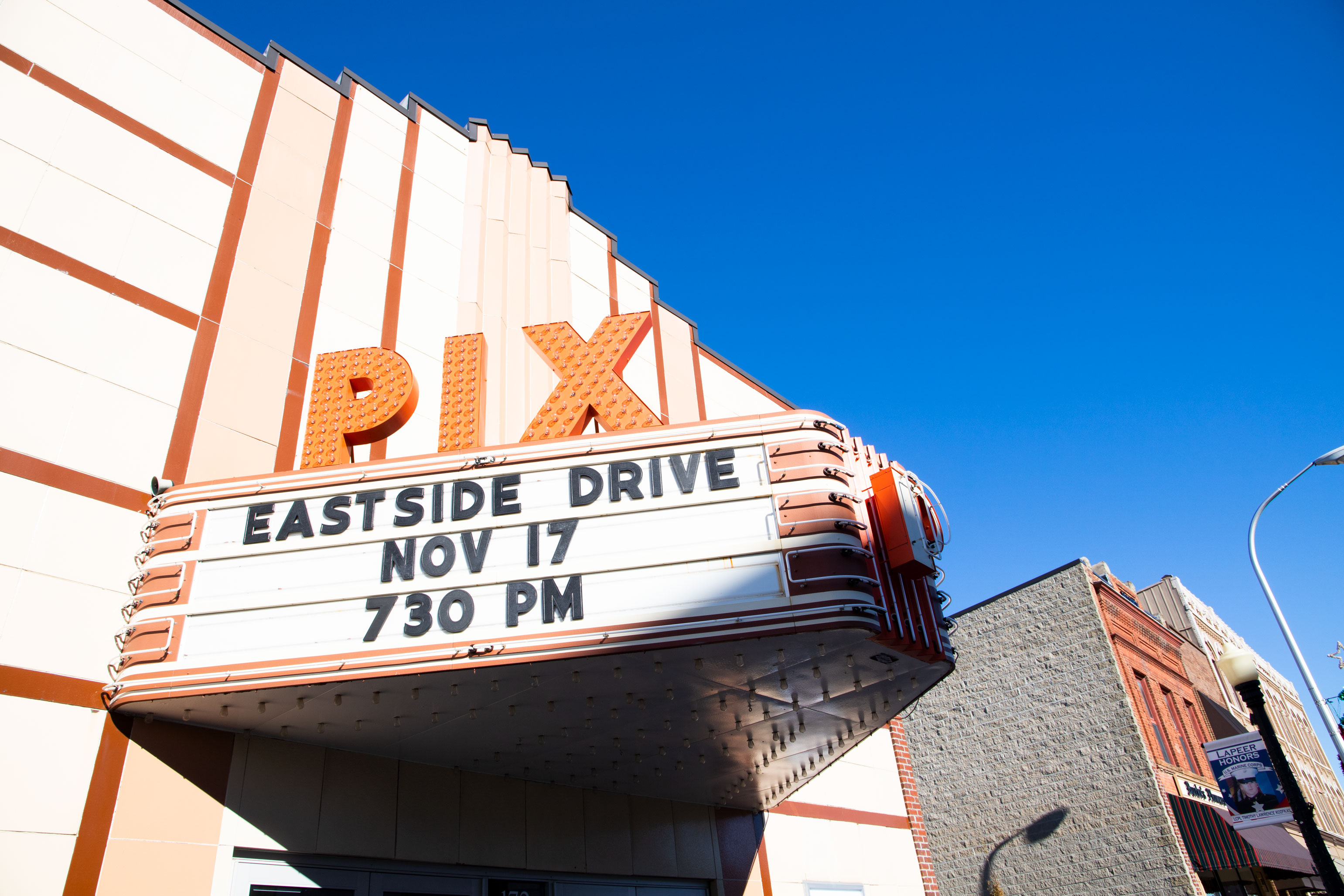 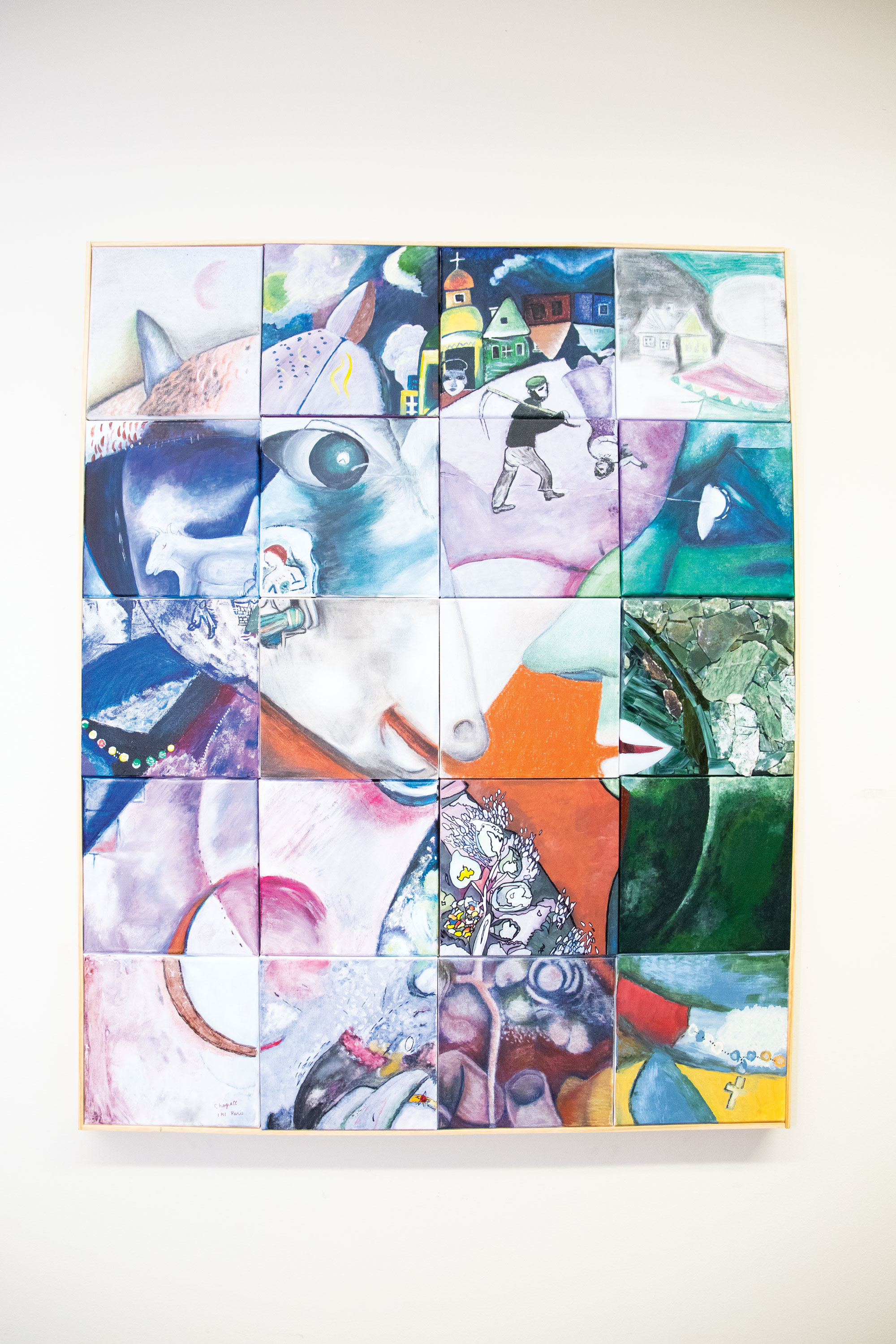 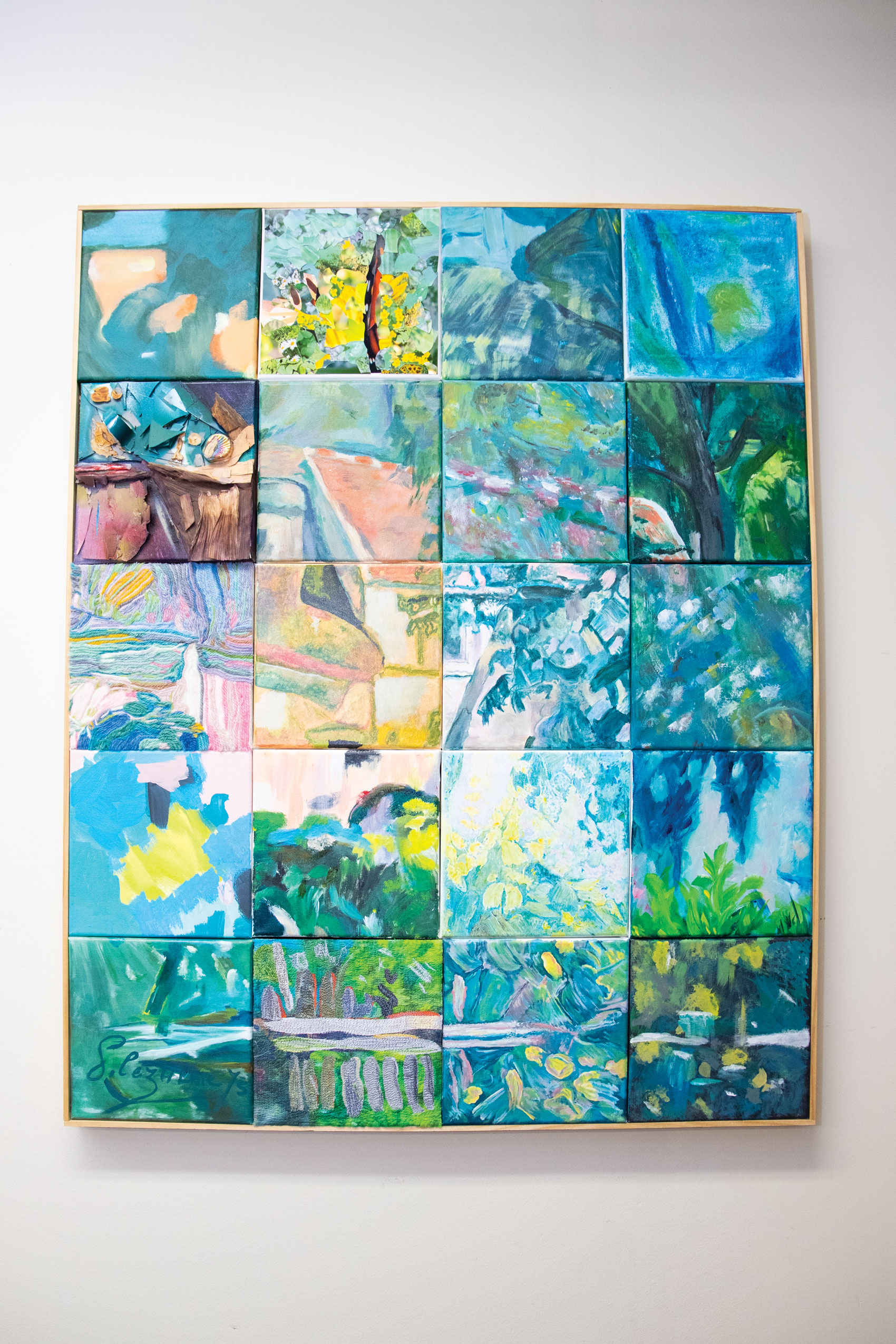 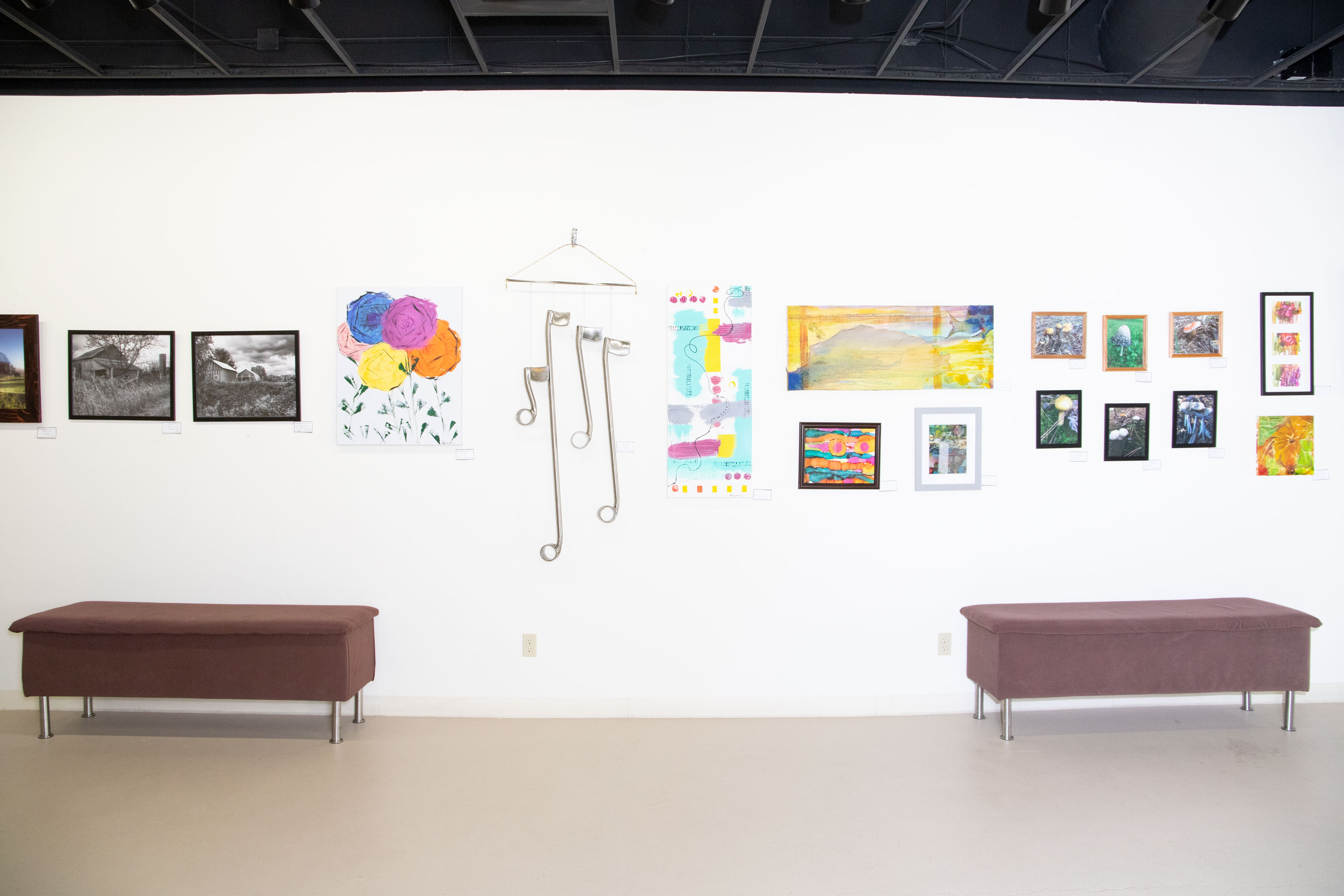 Coming up in February, Gallery 194 will host the art of nationally renowned wildlife artists, Deb Keene and Ruth Ann Mersino, just before the local school art shows that begin in March. This month, the Pix will host the Motown Eagles, Hollywood Comedy & Magic, and Exotic Zoo. February will include the Blues Festival featuring Rick Vito, the Madcat Midnight Blues Journey, and the Bluz Brothers. There are many more lovely shows coming to the Pix through the months leading to summer.

In spring, the Center for the Arts of Greater Lapeer will again host “Art on Nepessing” in Downtown Lapeer.

For tickets to shows at the Pix, or to see the list of art classes available, visit centerfortheartslapeer.org. To sign up for a class, call the gallery at 810.664.4824.

“Come down and visit us!” Lyons says. “We are open Tuesday through Saturday 11-6, and shows are running at the Pix every weekend. Our popcorn is always fresh and beer and wine are available for some shows. We have plays, music and comedians. It’s a little bit of all things art!