Dr. Richard Stanley is a Professor of Mechanical Engineering at Kettering University and is affectionately called “Coach” by his students and fellow faculty members. Along with his role of professor, he is also the moderator for Kettering’s Faculty Senate and the University’s martial arts instructor. Martial arts have been his passion for many years, one that he enjoys sharing with the students. He is a strong, confident man; but it wasn’t always that way. When he was younger, he was picked on and bullied by other kids. At 19 years old, he’d had enough and decided to train in martial arts to learn how to defend himself. He earned a 3rd Degree Black Belt in Tang Soo Do Karate, a Korean martial art, and later went on to earn a 4th Degree Purple Belt in Brazilian Jiu Jitsu, which he has practiced for 15 years.

“The ultimate lesson learned through martial arts is the absence of ego.”
Dr. Richard Stanley 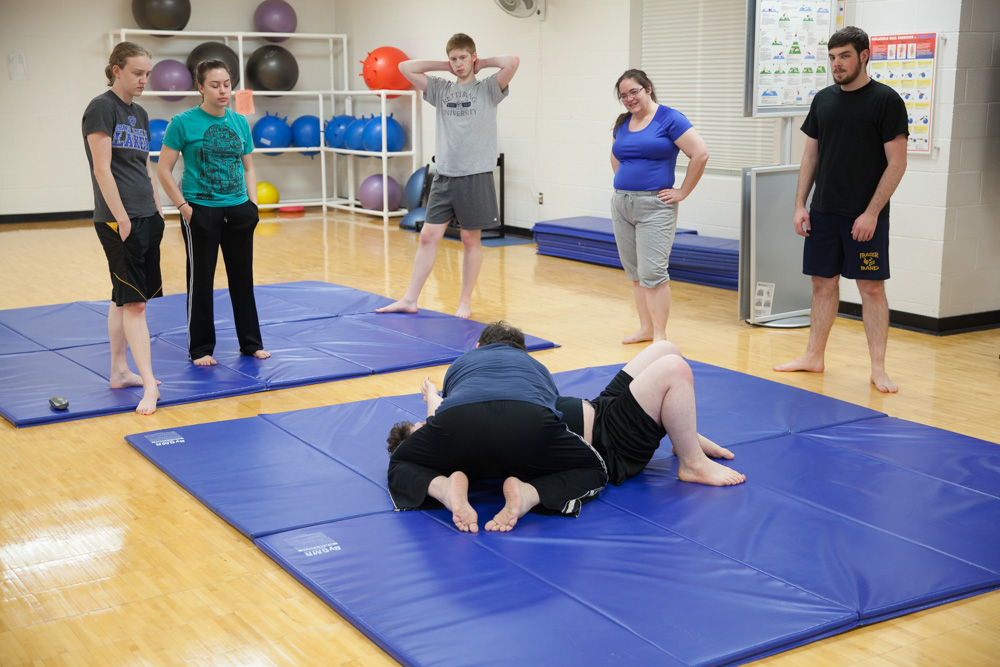 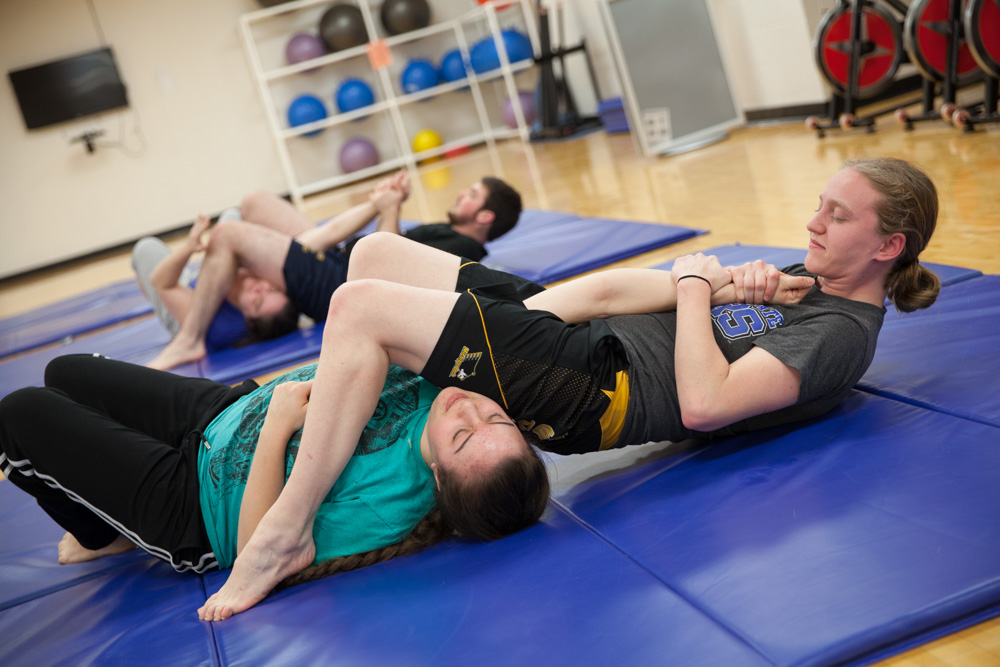 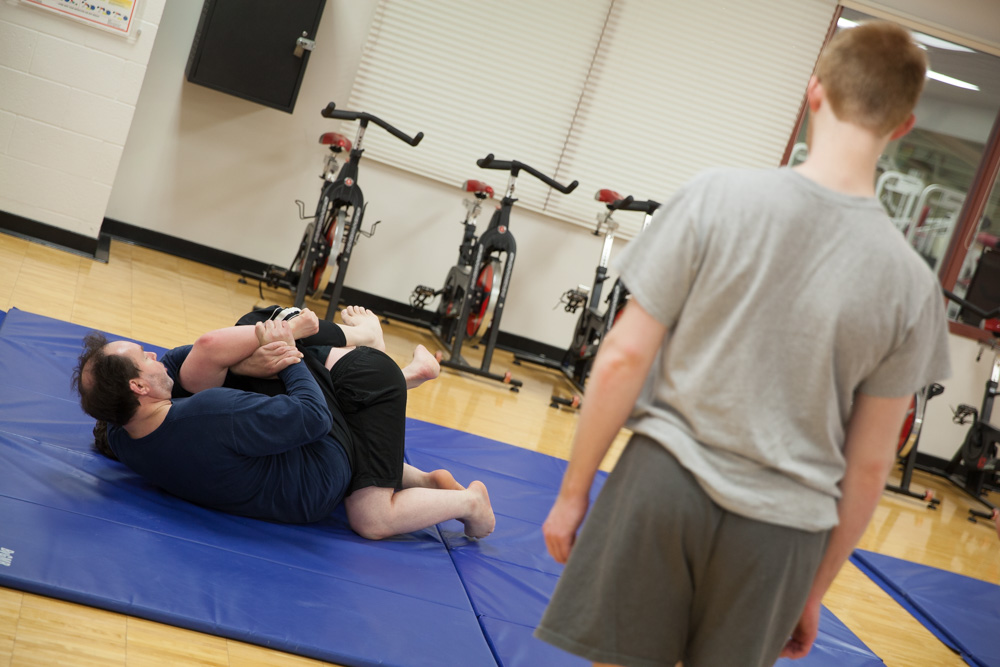 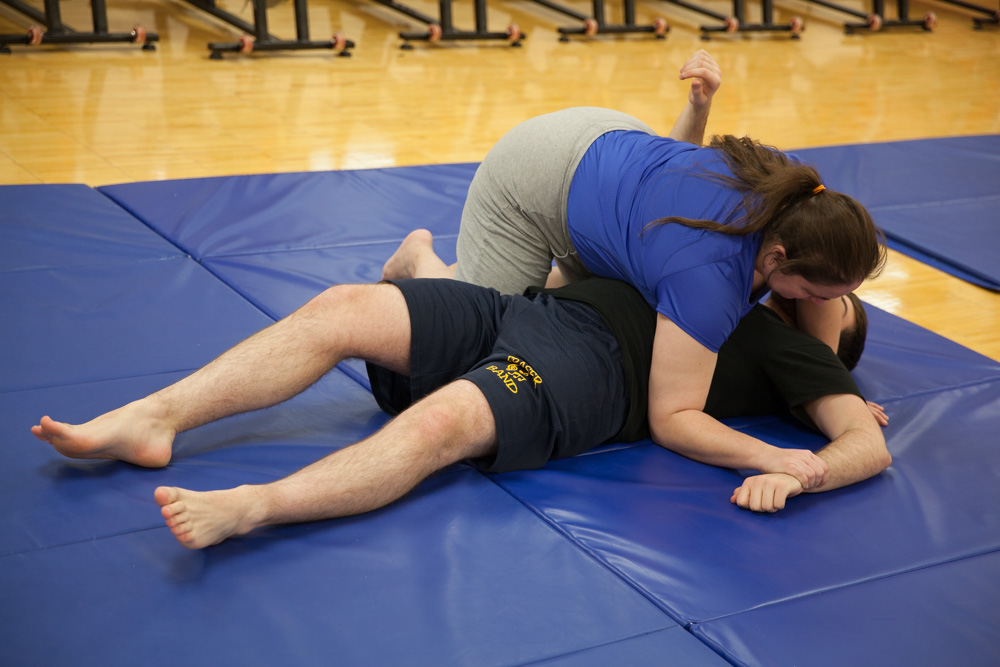 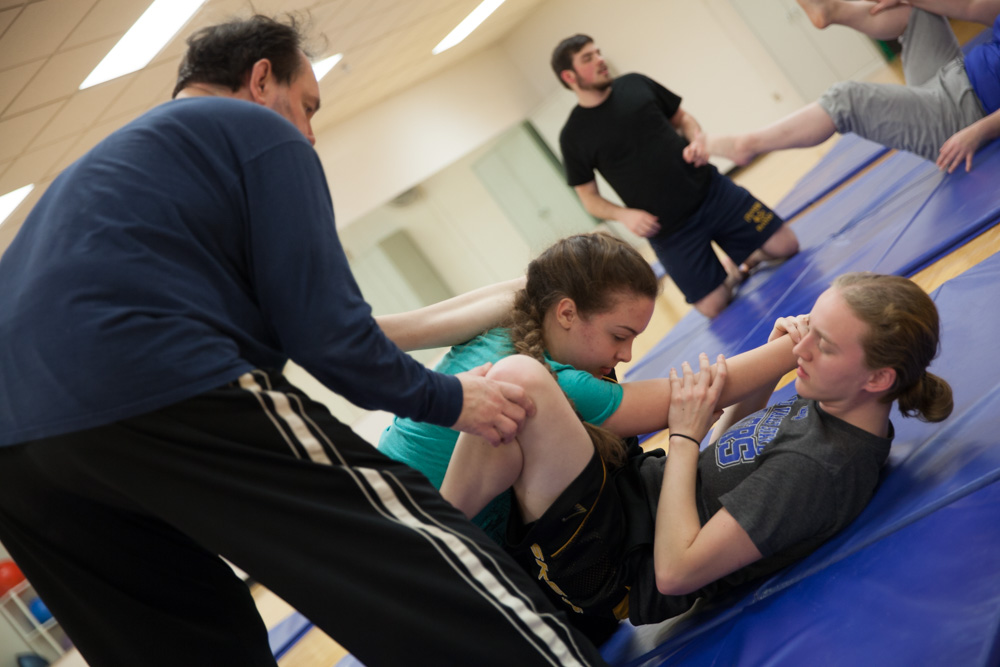 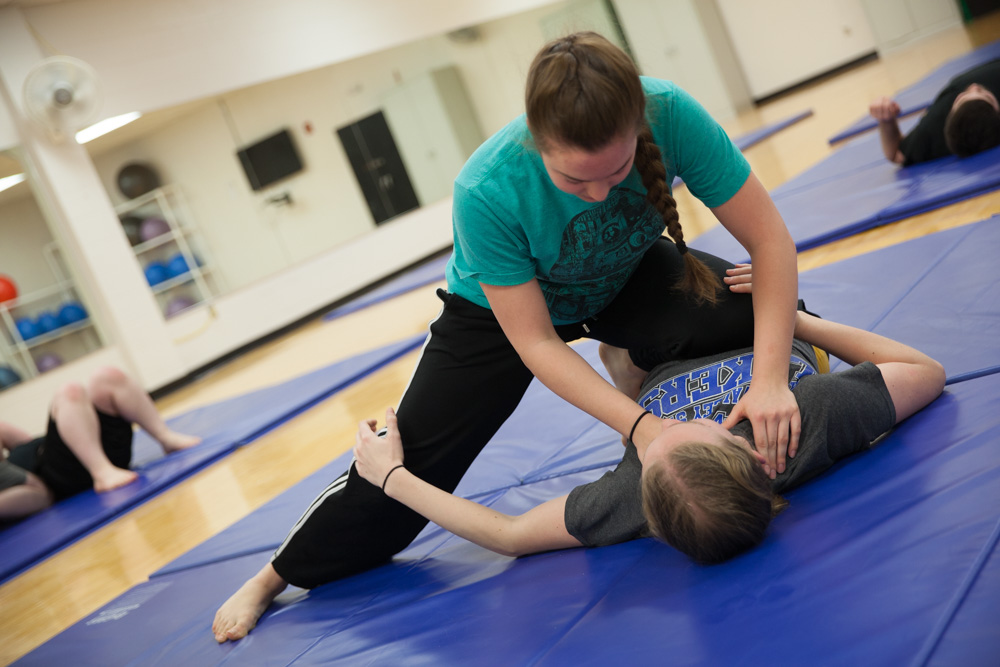 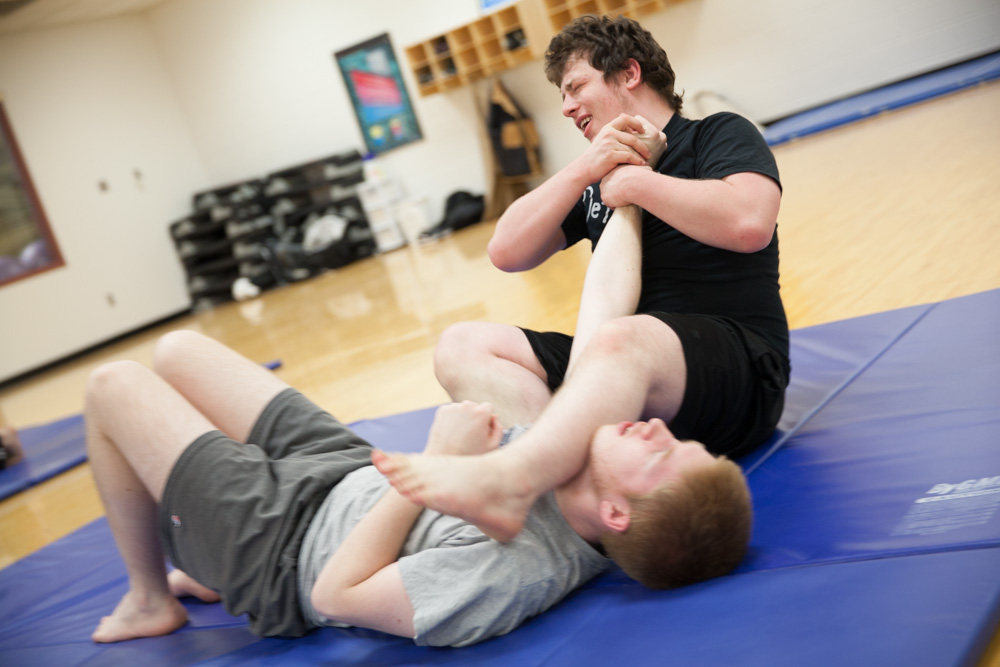 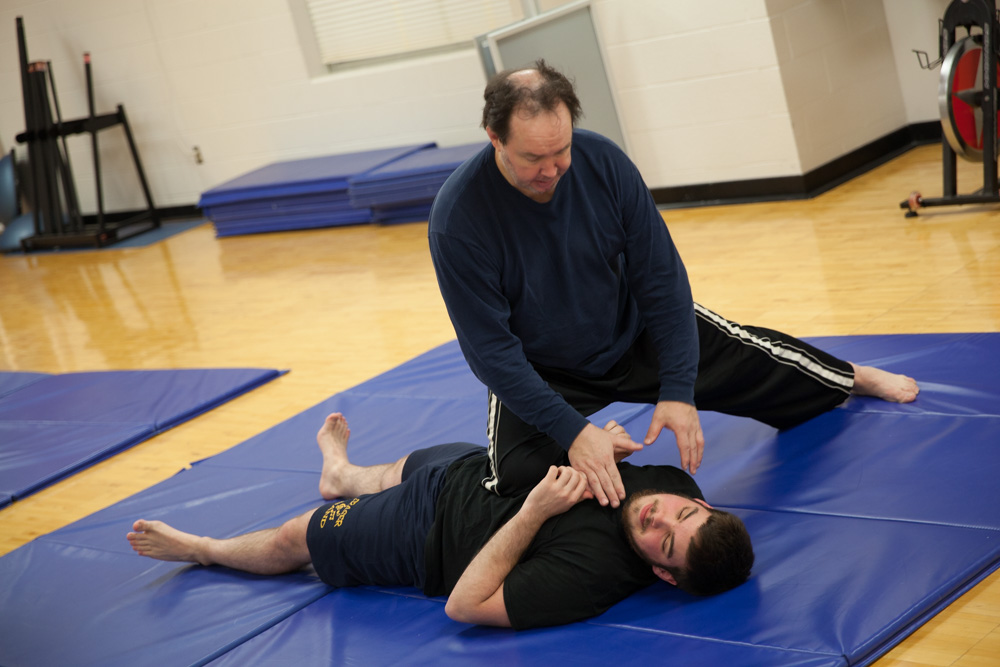 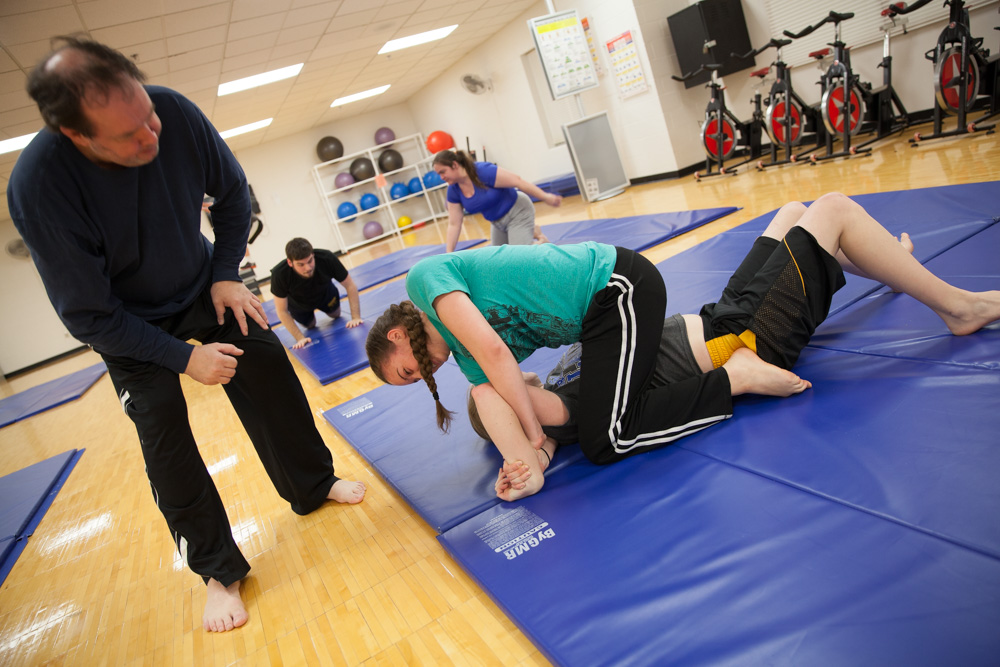 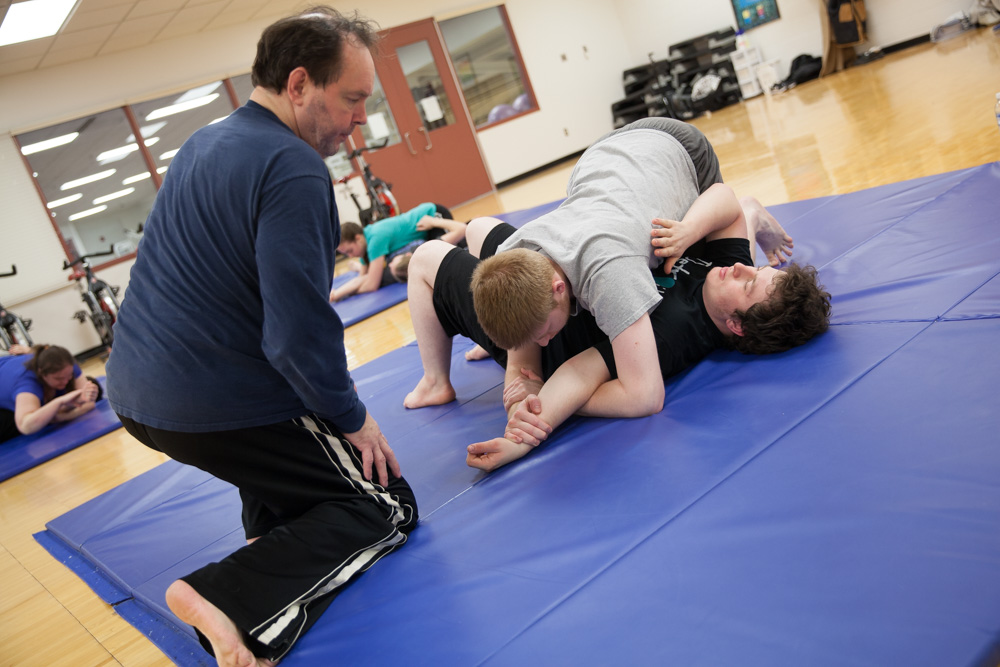 In 1993, Stanley watched a martial arts contest, the Ultimate Fight Championship, which encompassed all martial arts disciplines. That year, the contest winner was Royce Gracie, who competed in the discipline of Brazilian Jiu Jitsu. He weighed just 180 pounds. “I was so intrigued!” Stanley exclaimed. “He dominated people twice his size and was undefeated for four of the next four years!” After seeing Gracie win the contest, Stanley decided to expand his own capabilities by training in Brazilian Jiu Jitsu himself. Karate is more about kicking and punches, and Brazilian Jiu Jitsu is more about throwing the opponent and grappling on the ground. He joined a Jiu Jitsu club in Walled Lake called Warrior Way Martial Arts. “I was a 240-pound, 3rd Degree Black Belt and I thought I was a big shot,” he laughs. The club wanted him to fight a man named Tomo, who only weighed 130 pounds. “I didn’t want to fight Tomo because I thought I’d hurt him; but he beat the absolute crap out of me and submitted me five times in three minutes!” This experience is what spurred Stanley to start over with a white belt and become a student of Brazilian Jiu Jitsu.

“When people ask me what I learned from martial arts, I don’t talk about favorite punches or kicks, or about fights won or lost. I talk about learning self-discipline, about ethics and manners and fairness.”
Jonathan Maberry
Martial Arts Expert

Stanley’s martial arts class at Kettering started in January and is popular among both male and female students, as well as some staff and faculty members. He teaches some Karate and kick-boxing, but 95 percent of what he teaches is based on Brazilian Jiu Jitsu. “This is the only time a student gets the chance to hurt a professor,” he laughs. The class he teaches isn’t about competing; it’s all about self defense. “That is our only goal,” he says. When the students first come to the class, it takes them about five weeks to get up-to-speed. “By the end of the term, there are 120-pound females defeating a 170-pound man,” Stanley reports. About 20 percent of the class is female. “Women love it!” He explained that women or smaller people do well in Jiu-Jitsu, because they depend more on technique than strength when defending themselves. There haven’t been any serious injuries in Stanley’s martial arts class even though he says, “I could snap an arm in ten seconds, but I don’t.” Safety is the main focus. And they don’t dwell on failure. “But failure is part of success,” Stanley says.

The Japanese translation of Jiu-Jitsu is “gentle art.” According to Stanley, the ultimate lesson learned through martial arts is the absence of ego. A student’s submission must be humble, laying aside his or her ego, and they have to acknowledge they have been bested. Stanley says he has been submitted a thousand times and has learned something every time. Everyone is also very respectful of each other during class. “We congratulate the person who has submitted us,” Stanley says.

Training in and teaching martial arts have been life-changing for Stanley and something he strives to pass on to his students. “I can go into any situation and I have absolutely no fear,” he says. “I know I don’t have to fight. I have nothing to prove. In my years of training, the ego has gone. Absence of ego is what martial arts teach.”