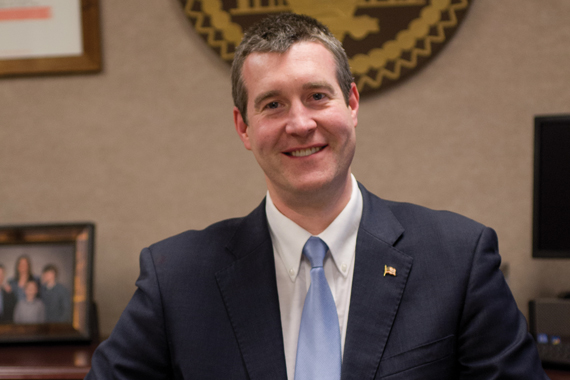 Flint, Michigan is rapidly changing. Buildings that long stood are no longer standing, and city lots that once teemed with various institutions are now vacant. Jobs that once were are no more and the population has been disproportionately displaced.

But there is more to the story.

There are also new buildings in place of those of old, and vacant lots have been modified for use as green space, for recreation and urban farming. The workforce is being re-equipped for new and emerging jobs and the population is being reinstated in encampments around these innovative occupations.

Such changes to public life are natural movements in the delicate balance that is life. Just as a couple dancing the waltz will circle the ballroom floor several times, mankind is never stationary in life, going as the market leads and as the demands of life dictate in a constant flow that somehow comes full circle.

Flint is on the world stage as a model city for deindustrialization and rebirth. She shares this honor, and it is indeed an honor, with her neighboring big sister, Detroit. People are watching us – some rooting us on, some wishing our demise – yet still, we rise. We will show ourselves resolute and true in a time when retreat and trepidation are all too easy to embrace. To accomplish our goals we need a vision, and visions take visionaries, and the best visionaries are leaders.

Yes, we are a city of leaders, but some of our most eloquent leaders are those duly elected. In Mayor Dayne Walling, we have someone born and bred in the Flint experience, who is many things in the eyes of many people – and understandably so – but is nothing if not a visionary. The son of Flint schoolteachers, this Central High School graduate is a Rhodes Scholar and graduate of Michigan State University’s James Madison College. He went on to advanced studies at the University of Oxford and the University of London in England. While at Michigan State, he had the opportunity to do environmental problem solving in Lansing neighborhoods. Walling recalls his tenure in Lansing a “defining moment,” that revealed to him how “different levels of decision making affect quality of life.”

Upon completing his postgraduate studies, Walling would go on to do work in Washington D.C. with former Mayor Tony Williams. He says he “learned a lot about how to engage a city” and became “more interested in local government” while in the nation’s capital. Walling was beginning to settle down in Minnesota with his wife as she completed her graduate studies when he was challenged by an old friend to come back to Flint and join the efforts to turn the city around. Stephen Zacks was the man who presented that challenge to Walling, and the mayor-to-be would then spend the next year contemplating everything entailed in a return to Flint. Walling convinced his wife that a return home was in the best interest of the city, so they sold their home in Minnesota, moved to Flint, and set out to do what he knew how to do best: engage a city.

His 2007 bid for mayor became a short-lived loss, since a 2009 vacancy gave Walling a partial first term as the Mayor of Flint. A successful reelection campaign in 2011 has made for an interesting second go in office, since an on-again-off-again city manager has been added to the fold of administrative delegation; but Mayor Dayne Walling, ever the visionary, moves onward undeterred.

His goal from the outset was to “build a diversity coalition.” This meant pooling the resources of persons local and abroad who had an intricate knowledge of inner city development. Mayor Walling established a body of men and women who would draft a new master plan for the city. State law requires a master plan, which acts as a guide for city development over a period of time. The Flint City Council adopted the new master plan draft in 2013. The near 300-page document details how the city will manage vacant lots and redesign existing neighborhoods. The contents are not the plans of an oligarchy desiring to impose its will on the masses, but rather, the new plan includes the suggestions of the people, who were called on by the master planning committee several times over the past four years. “This is a collective responsibility,” says Walling. “I wanted to allow for an open, democratic process that everyone could get behind.”The plan can be read in its entirety online at imagineflint.com.

Mayor Walling is excited to see the master plan take shape. “Flint is well on its way to becoming a sustainable 21st-century city with greater opportunities for students, residents and businesses,” he says. Sustainability has become a buzzword as of late, and it can seem vacuous prima facie, but Mayor Walling wants to add Flint’s own brand of substance to the word. “It’s not just a catchword for me,” he says. “The notion of being more sustainable has a long-term aspect to it.” In effect, Mayor Walling wants to see a Flint that can support itself with its own means. Life anew is underway in the city.

The city has changed and will continue to change, and many leaders are willing to make sacrifices to see this change take shape. Now is the time to experience the vision. It is a new year and a new day is upon Flint, Michigan. What will history say about you, the reader, when it’s all said and done? Go online to view the master plan. Become a visionary at a time when the city needs you most; that time is now.

Are you interested in purchasing photos from this story? Go HERE and select the “Mayor Walling” category.