The Flint Institute of Music is one of the many spices that give Flint its flavor. And to most people, the FIM and the Cultural Center represent an accessible environment in which to grow, learn, and be entertained.

This June, Paul Torre, FIM’s President and CEO for two decades, will retire from his position. For him, the people involved in the FIM and all of its facets contribute to creating this established, unique place of musical celebration of which the entire community can be proud. “We’ve always worked hard to make these principles the cornerstones of our philosophy, and I believe we accomplished a great deal over the last 20 years,” Torre says. 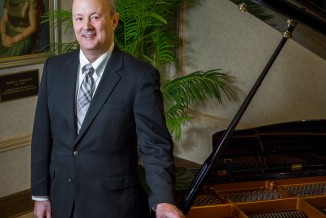 As President/CEO, Torre gets to oversee the many aspects involved with making the FIM run smoothly, and to help it stay true to its purpose. “My position is unique, because it allows me to work with some of the most creative and passionate people in the performing arts,” he says. “This position is the backbone of the organization and I work to support the program area leaders and staff so that they can do great work. Much of what I do is ‘behind the scenes.’” However, in this case, “behind the scenes” certainly does not mean “insignificant.”

An accomplished musician and teacher, Torre was asked in 1979 by then Director of Education, Leo Najar, to teach clarinet, flute and saxophone to students at the Flint School of Performing Arts. During that time, he also taught at University of Michigan-Flint and Mott Community College. He then founded and conducted the Flint Youth Wind Ensemble and continued to teach students; he grew his studio until he was chosen to be the FSPA Director in 1980. The FSPA grew quickly and in 1995, Torre was named FIM President and CEO.

“I’ve been so proud to see the three program areas – Flint Symphony Orchestra, Flint Youth Theatre, and FSPA – work together to benefit the community,” he adds.

Over the years, Torre’s achievements have been quite remarkable to the FIM community: he helped create a classical symphonic concert series that is among the best in the U.S. for an orchestra of the FSO’s size. He advocated the expansion of the FIM building, which allowed the FSPA to become one of the top ten largest performing arts schools in the country, and he assisted with the merger of the Flint Youth Theatre. He never imagined that he would stay this long in one place. “I like the people here and the work we do,” Torre says. “Staying at FIM and helping the Flint community always felt right.” 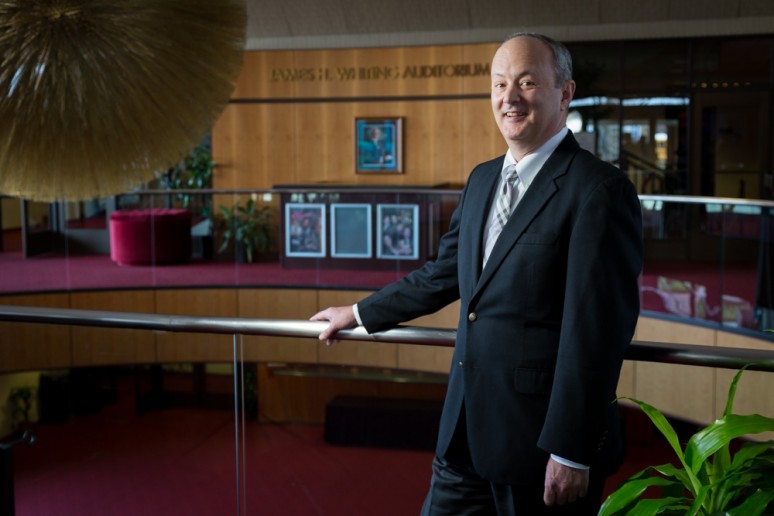 While growing up, he would listen to a transistor radio as he fell asleep. This nightly ritual expanded his interests and led him to attend college in Ann Arbor at the University of Michigan, studying music performance in clarinet and wind instruments, eventually receiving a teaching certificate. With high distinction, he graduated with a bachelor’s degree. “But it wasn’t until college that I realized I wanted to study music,” Torre smiles. “I had originally planned to become a math or science teacher.”

The most exciting aspect of his career, he says, was being instrumental in the FIM’s growth; like overseeing the 22,000-square-foot building addition, bringing the FYT under the FIM umbrella, the considerable growth within the programs, and the many exciting concerts performed by the FSO.

“My position has been very rewarding,” Torre says. “The relationships I have with donors, the Board members, staff, teachers and FSO musicians are lifelong ones that I will cherish. That, along with helping affect the widespread growth, has been very exciting and one of the reasons that I stayed.”

Over the years, these relationships with many people have inspired Torre to do his very best work. “Their unwavering belief in this community and FIM’s role in it, as well as their dedication to seeing staff accomplish great things is very powerful,” he shares. And although it will be a change for the FIM, Torre will certainly miss what he has been a part of for so long. “I will miss many things,” he admits, “like walking through the atrium daily and seeing it buzz with students and their families, watching professional artists share their knowledge as they work alongside the artists of tomorrow, and experiencing the creation of great programs and performances that are only possible because of the hard work of so many individuals.”

As for the next chapter of his life, Torre indeed does have plans. “I have many hobbies,” he shares. “Gardening, parrots, bonsai trees and golf to name just a few. I’m not one to sit idle. But I do see myself taking the first six months to relax, and then I’ll decide what is next!” 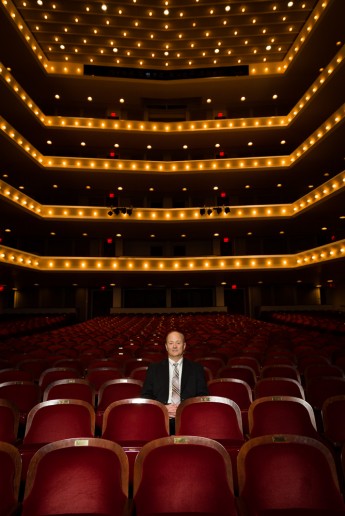 For more than 30 years, Paul Torre was a man on a mission to bring the best of the performing arts to everyone in the Flint community, especially kids. Even as Paul enjoys a well-deserved retirement, his legacy will continue to enrich our community in countless ways. To recognize Paul’s leadership and commitment to the Flint Institute of Music, the Flint Symphony and the Flint School of Performing Arts, the Charles Stewart Mott Foundation is pleased to endow the Paul Torre Scholarship Fund. It’s the best way we can think of to support Paul’s vision that every young person should experience the joy and creative energy that music, dance and drama bring to our lives.
-William S. White, Chairman and CEO, Charles Stewart Mott Foundation

“When Paul took over as CEO at the FIM, he literally took what was a wonderful institution of music and preserved everything that’s good about it. Further, by opening it up and making it more of a community institution, where everybody was comfortable partaking in it, he literally walked it into the 21st century. He maintained everything that was already good about it, and then helped it grow leaps and bounds. He made it more of a community institution, rather than an elite one. Paul always expected the best, and always got the best, out of his faculty and staff. He always led by example.”
-Ghassan Saab, Co-Owner/CEO of Sorensen Gross

“Paul is responsible for the rejuvenation and the success of the FIM. He helped the FIM to become one of the premier not-for-profit cultural organizations in the state. He has the ability to effectively communicate with members of the community and staff, and to promote a team approach as a manager. He sets a high standard for himself and for his staff members. Paul leaves behind a nationally recognized school for the performing arts – an organization that is revered by the community.”
-Robert Fuller, CFO, Hubbard Supply Company

“Paul Torre has brought a world class continuum of dance, theatre and music in performance and education to FIM and the community as a whole. He has changed the perception of FIM being an institution that caters only to the rich and privileged, and instead has promoted diversity. Through his dedicated leadership, stewardship and fiscal management, he has brought a formerly financially struggling institution to financial stability, gaining respect and support from individual donors, businesses, foundations and philanthropic institutions. By sincerely caring and respecting each individual and the importance of the job they do for the institution, Paul motivates people to give and be their personal best. He has instilled an unapologetic commitment to excellence, and the practice of using the arts as a means to transform lives celebrates our differences as human beings, and fosters hope for a better tomorrow.”
-Bruce Bradley, Founder of Tapology

“When one is asked to comment on a friend’s career as it closes, it is often difficult to reflect on their achievements with just a few words. But, when it comes to Paul, a few immediately come to mind: integrity, compassion, and class. Paul’s deep love of music and his unique leadership style helped to transform the FIM and all its programs into a diverse, world-class institution that has enriched the entire community and changed thousands of lives. In my 15 years as an FIM board member and a year as chairman, I have witnessed Paul’s dedication to the FIM’s mission – creating opportunities for everyone to experience and excel in the arts. For over three decades, he has shared his passion and talents with the community. While he will be difficult to replace and sorely missed, Paul’s legacy as a respected leader will endure.”
-Vince Lorraine, Publisher, My City Magazine / Chairman, FIM Board of Trustees