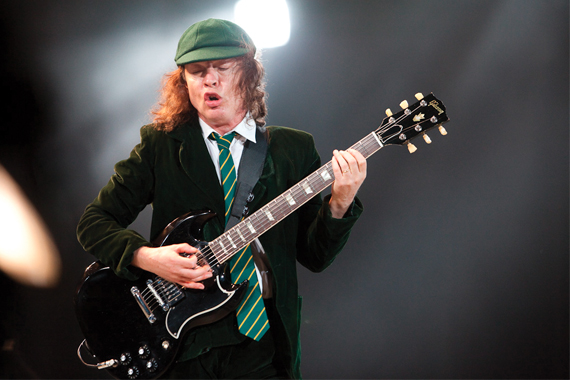 The pounding, relentless echoes of live Led Zeppelin still throbbed through my head following their late January Olympia appearance. March of ’75 brought rock action back to Delta College with “Styx.” Their million-seller, “Lady,” had established them as a rising national act, triumphantly filling 6,000 seats. On Easter Sunday, we presented a rare Bob Seger show at Sherwood Forest. Bob’s new “Live Silver Bullet” album, recorded at Detroit’s Cobo Hall, was about to be released and would finally break him all the way nationally, putting him up there with Alice Cooper. Although most of the material represented old Michigan hits, it was all brand new to the rest of the world. After more than ten years of public performance, he was about to become “an overnight success.”

WTAC’s Flint ratings remained stable, although WHNN-FM in Bay City was now tearing up the Tri-Cities with their own FM Rock format and had a heavy impact on our listeners to the north.

In September, I brought Seger to Delta College, selling out the facility with 8,000 in attendance. It would be our last time working together. He was headed for the stratosphere and would shortly be commanding $100,000 nightly guarantees. No one had ever deserved it more.

Ann Arbor’s most powerful booking agent, Ray Schleide, invited me down to a concert at U of M’s Hill Auditorium. A new artist had just been released on the Columbia label and word was out that something special was happening. I agreed, after seeing Bruce Springsteen and his E Street Band. “Born to Run” went into instant heavy airplay on The Big 600.

On the first of October, new owners bought WWCK-FM, the former WMRP. They were from the Toledo area and owned WIOT-FM, which had started making major waves in that market. They intended to take Flint by storm.

Reams Broadcasting was owned by Frazier Reams, Jr., a former Ohio State Senator who had run for Governor in 1968 on the Democratic ticket. He lost to the ever-popular Jim Rhodes and decided to devote a career to broadcasting, buying the Toledo stations from his father, a former Ohio Congressman and Lucas County Prosecutor. Had Frazier been elected Governor of Ohio, he would have been in office rather than his opponent when Governor Rhodes called in the Ohio National Guard to Kent State, a decision which resulted in the death of four student anti-war demonstrators and effectively broke the back of the what remained of the ’60s radical left.

As autumn ’75 came to an end, WTAC staff and guests journeyed with me in December to Detroit’s Cobo Hall for a spectacular performance by The Who. It was the first time I’d seen them all since we partied together at the Bristol Road Holiday Inn.

America’s Bicentennial year arrived and ringing in ’76 called for special celebration. We all journeyed to the new Pontiac Silverdome and finally saw Elvis Presley perform. He was in fine voice, but his pants split during the second number and a brief pause was required to handle the wardrobe malfunction.

The Sunday concert series at Sherwood Forest was now a thing of the past. Although local Rock ‘n’ Roll bands were plentiful, their drawing power was virtually non-existent and audiences remained only interested in seeing favorites.

Our big WTAC Spring Promotion would give away the “Coca-Cola Denim-Machine,” a prototype for glamour vans of the future. It was valued at over $30,000 when a brand new Cadillac could still be yours for 15 grand. We staged a “Super Drawing” for the grand prize-winner at Flint’s Small Mall on S. Dort Highway. Over 5,000 people showed up, primarily to see Bob Seger who had agreed to personally conduct the drawing. He was now officially a worldwide superstar.

March 17, 1976 was an unusually splendid St. Patrick’s Day – Joe Windsor, President of Fuqua Communications, announced he was flying into Flint to meet with me the following day. The next morning, I signed-off my final “Peter C. Cavanaugh” show on WTAC. The last song I played was “Houses of the Holy” by Led Zeppelin. Following a meeting with Mr. Windsor, I was appointed vice president and general manager of the station. I accepted the distinction with strangely mixed emotions. After 20 years in radio, I was off the air.

The Spring 1977 Arbitron rating for Flint was released in early July and for the first time in history, WTAC’s total listenership was beaten by WWCK. We had successfully trounced FM Rock for over five years, holding on to our contemporary franchise far longer than most. Even the renowned CKLW had fallen to WRIF-FM in Detroit two years before.

This was no consolation.

Then, Elvis was dead.

The King of Rock & Roll passed away on his Memphis throne on August 16th. WTAC produced a “Tribute Program” but we only played tunes from the Sun Records era and his first two years with RCA. The first cut we aired after news of his death arrived was “Mystery Train.”

The only truly outstanding and personally rewarding musical moment of 1977 came on December 5 at the Capitol Theater in Flint. It was my last “Peter C. Rock ‘n’ Roll Presentation.”

Just before I left the airwaves, I had become very enamored with a new band. Ron Counts, representing Atlantic Records, knew my taste in music and had brought me an advance copy of their first release. I went nuts, programming almost every cut, especially one that sounded as though the lead guitar had been replaced by bagpipes. I told Ron that it was the best new product I had heard in years. The music was clean and raw, direct and basic.

WTAC was the first station to play the band in America and as a consequence, the album had sold more copies in Michigan than anywhere else in the country. When the group announced their first U.S. tour, I called Joe Windsor. Although I had agreed to abandon any future personal promotional efforts as part of my ascension into upper management, I simply had to bring this group to Flint!

I told Joe that I would promote it as a benefit performance, with all proceeds going to Michael Moore’s Davison Hotline. Joe asked me to promise that it was a one-time request. I did so without remorse. This was how I wanted to end it.

I picked them up at the airport in Flint. No sooner had they all piled into my car than someone fired-up something in the back seat.

It was a Winston.

These were boys from Melbourne, Australia. To them, an American cigarette was something to be shared. I took a “‘it” and passed it back.

Earlier in the day, a major December snowstorm had moved into the area. Roads were becoming blocked by snow and conditions limited attendance at the Capitol Theater show to less than 500. The group was still virtually unknown. Who cared? I knew the night would be historic.

The screaming lead guitar came in out of nowhere. BAAAAAARAAAANNNNNNNGGGGGGGG! It was “Live Wire.” Four spotlights instantly flooded the stage, all focused on and following a remarkably strange, rapidly moving, seemingly possessed apparition. He wore knickers. He was dressed as a proper English schoolboy with necktie and knapsack. His head bounced as though about to become disengaged from his body. He ran back and forth in circles around the other players, the intensity building and volume rising with every stroke of the guitar. The 22-year-old rocker’s name was Angus Young and his high-voltage band had been christened in reference to “alternating and direct electrical currents,” both common in familiar Melbourne housing. It seemed a nice name. AC/DC had come to Flint.

They played for over 90 minutes. The audience was bordering on emotional frenzy and wouldn’t let them leave the stage. AC/DC’s finale encore was “the bagpipe song,” the “bagpipe” being a guitar effect obtained through processing. Bon Scott belted out the lyrics to the first track off their Australian album “T.N.T.” released in December 1975 – “It’s a Long Way To The Top (If You Wanna Rock ‘n’ Roll)!”

Coming Up: After All These Things – Waiting in the Wings – Flint and America’s Best