Michael Johnson has only sketchy memories of the moment that will impact the rest of his life.

The 12-year-old Mt. Morris native was working his way through the pack during a heat race in Sarnia, Ontario. He was a promising talent on the road to motocross racing stardom, with a national championship in the 14-year-old age bracket already under his belt. In an instant, he was thrust onto a different road, one that, ironically, he hopes today will lead to history.

Motocross is a muddy sport, and on that August day in 2005, Johnson ran out of tear-offs for his face shield, forcing him to wipe the mud away with his hands. As he did so, he hit either a rut on the track or another rider’srear wheel – to this day, he remains unsure of which – and veered sharply off the track. 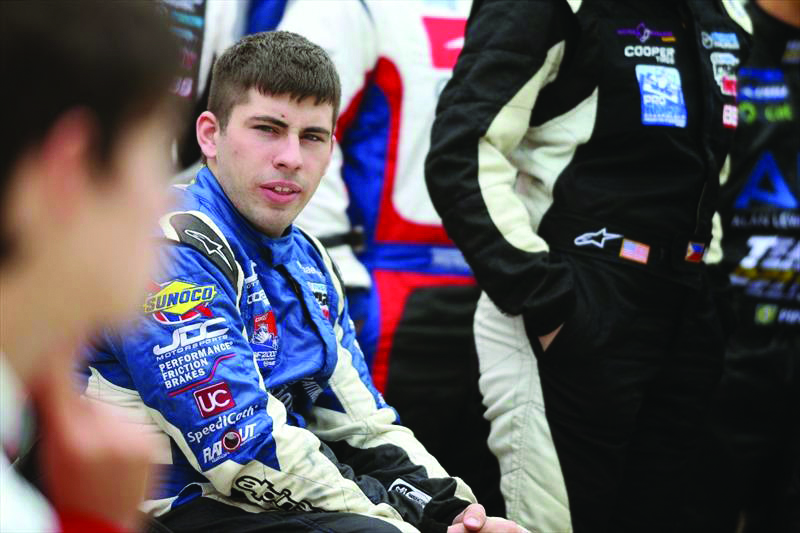 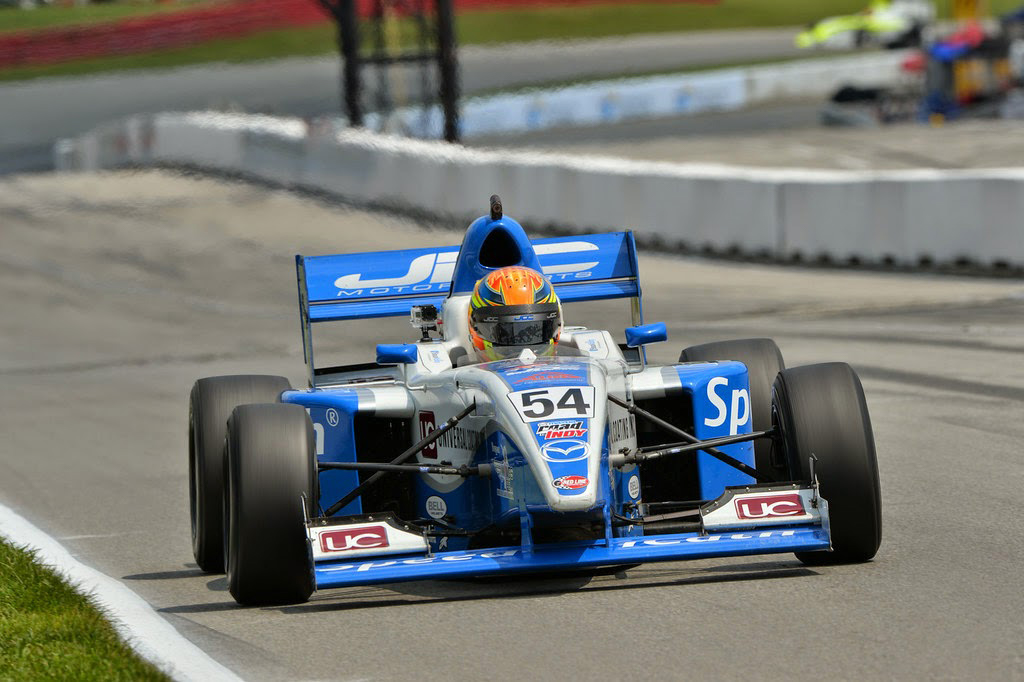 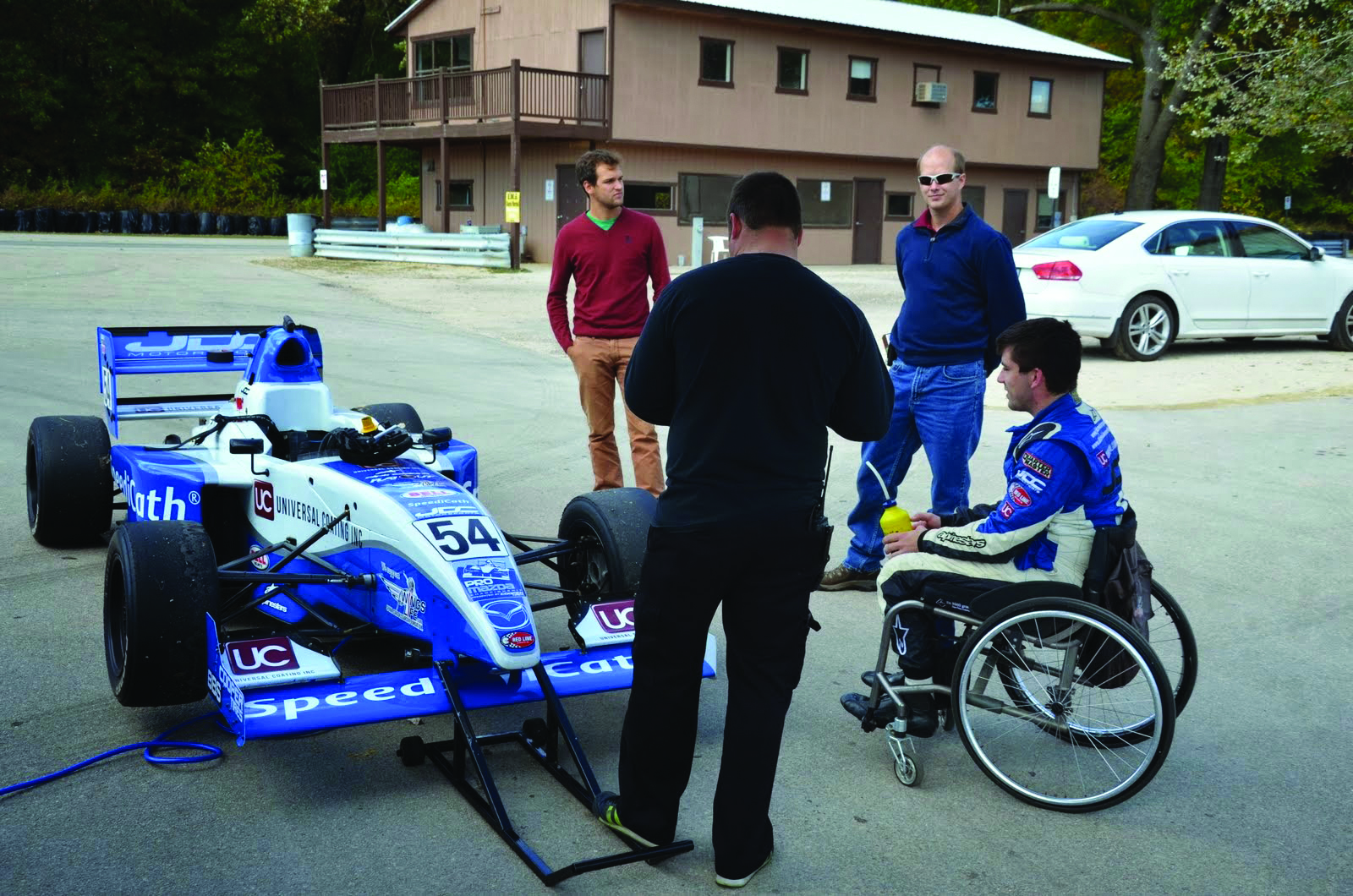 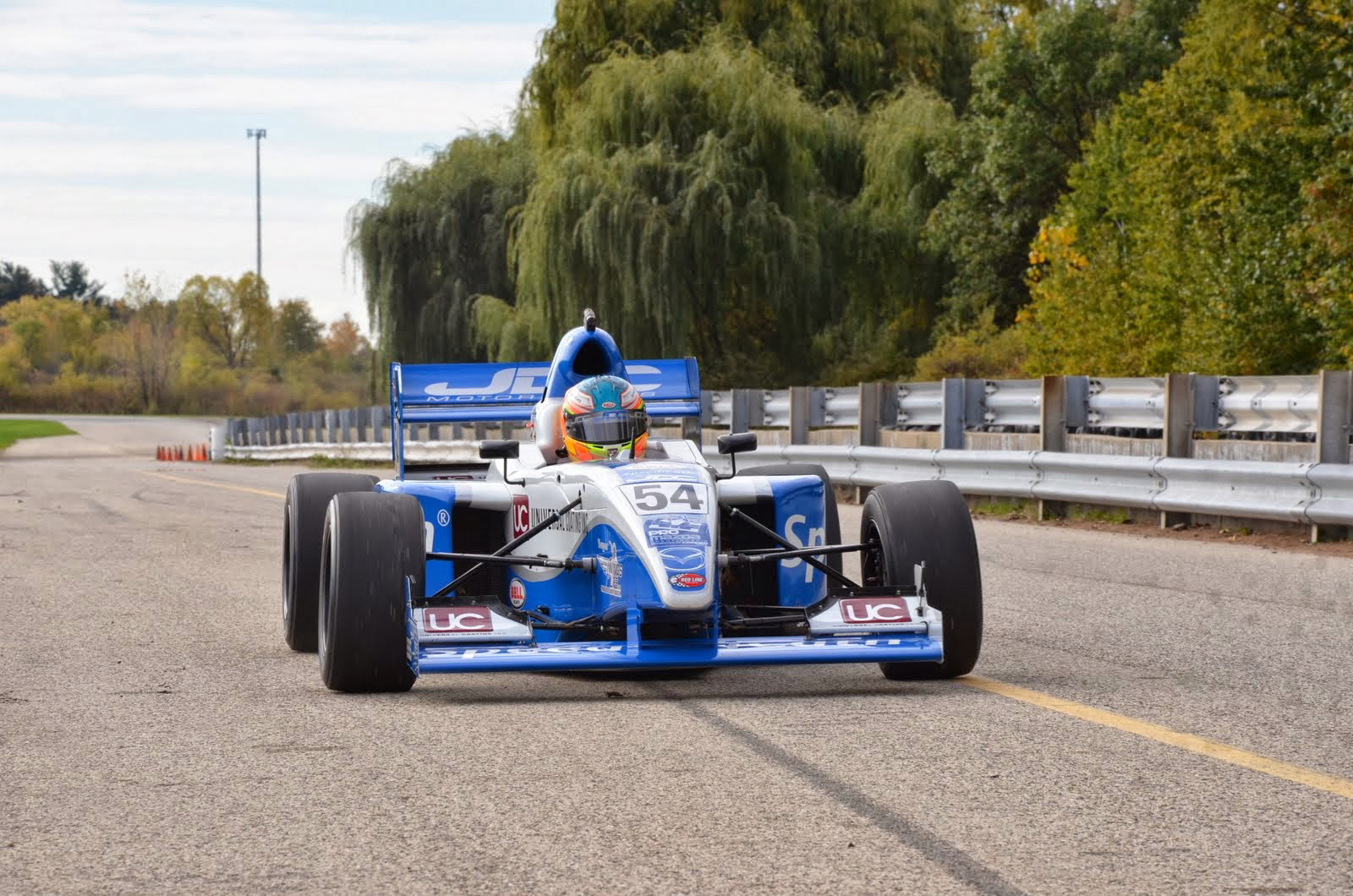 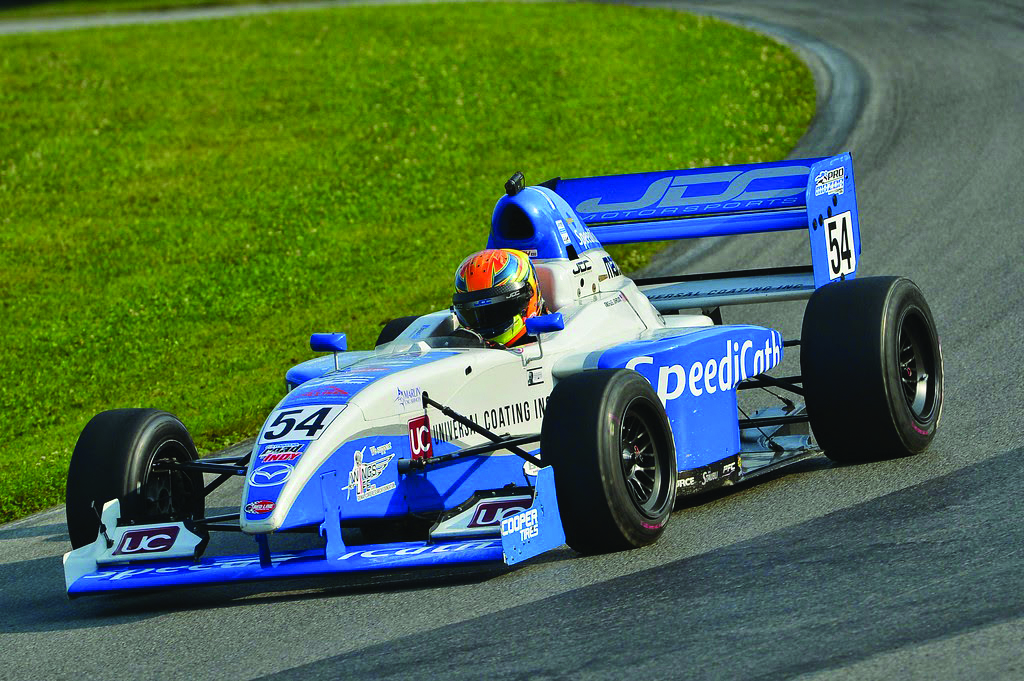 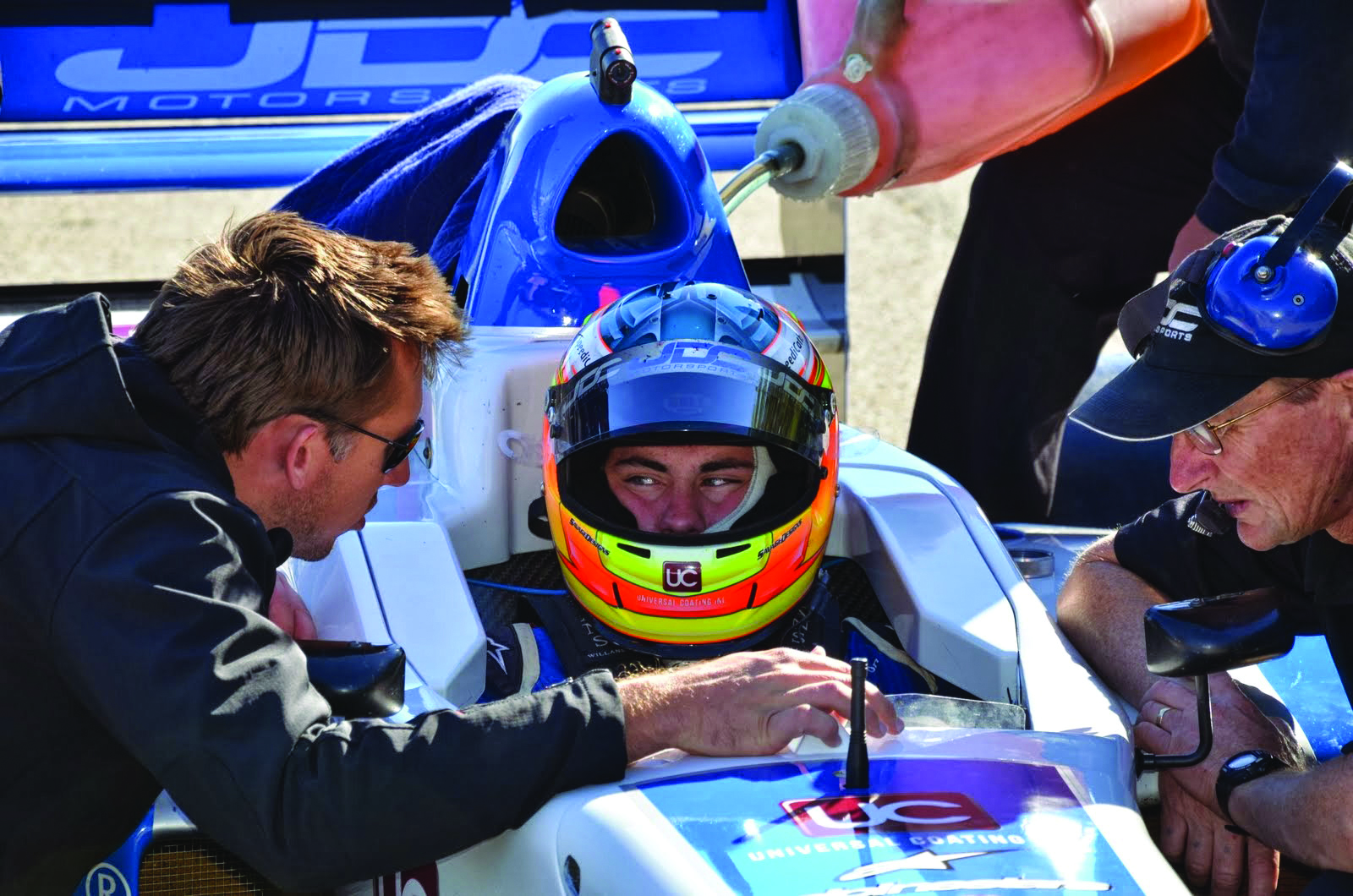 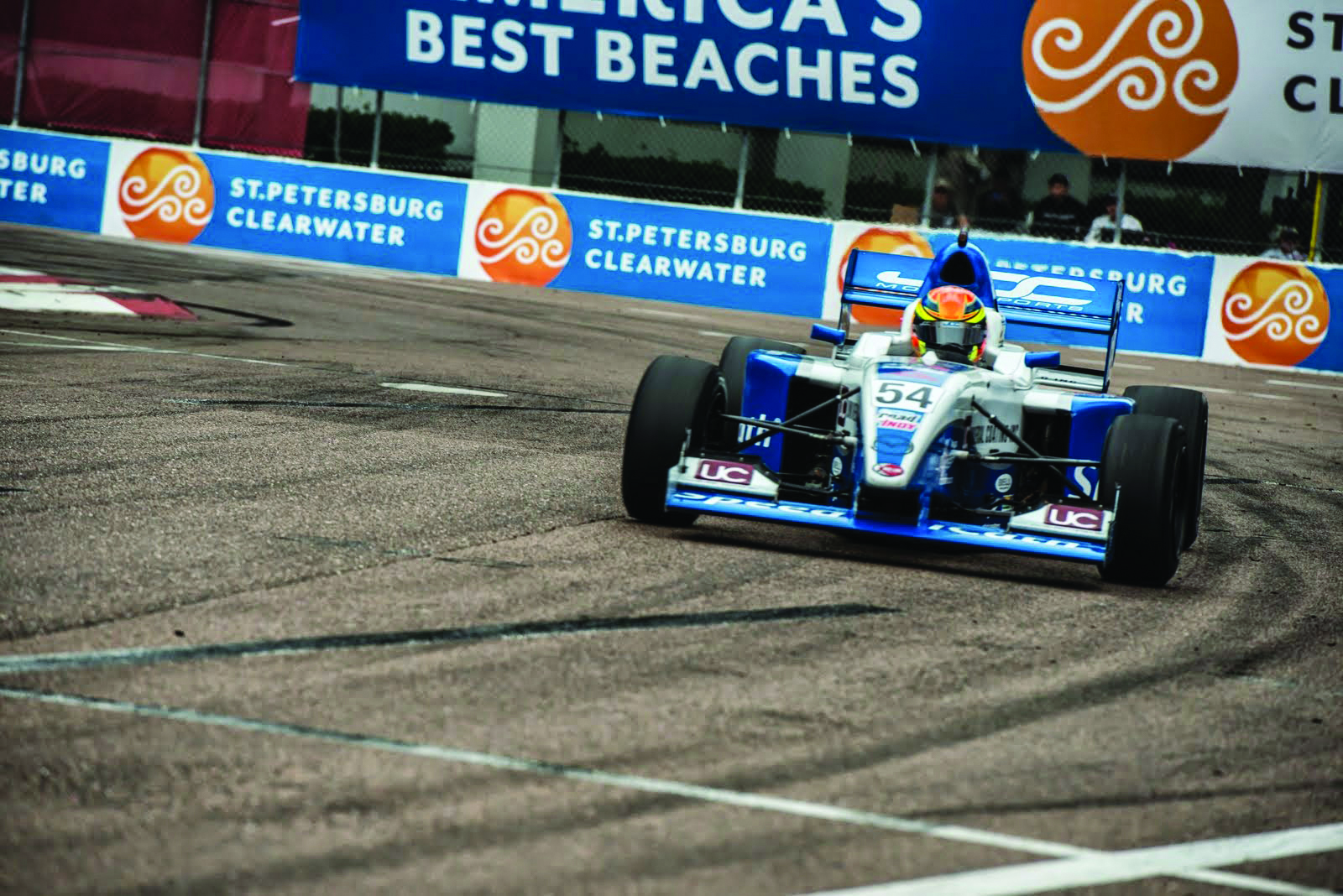 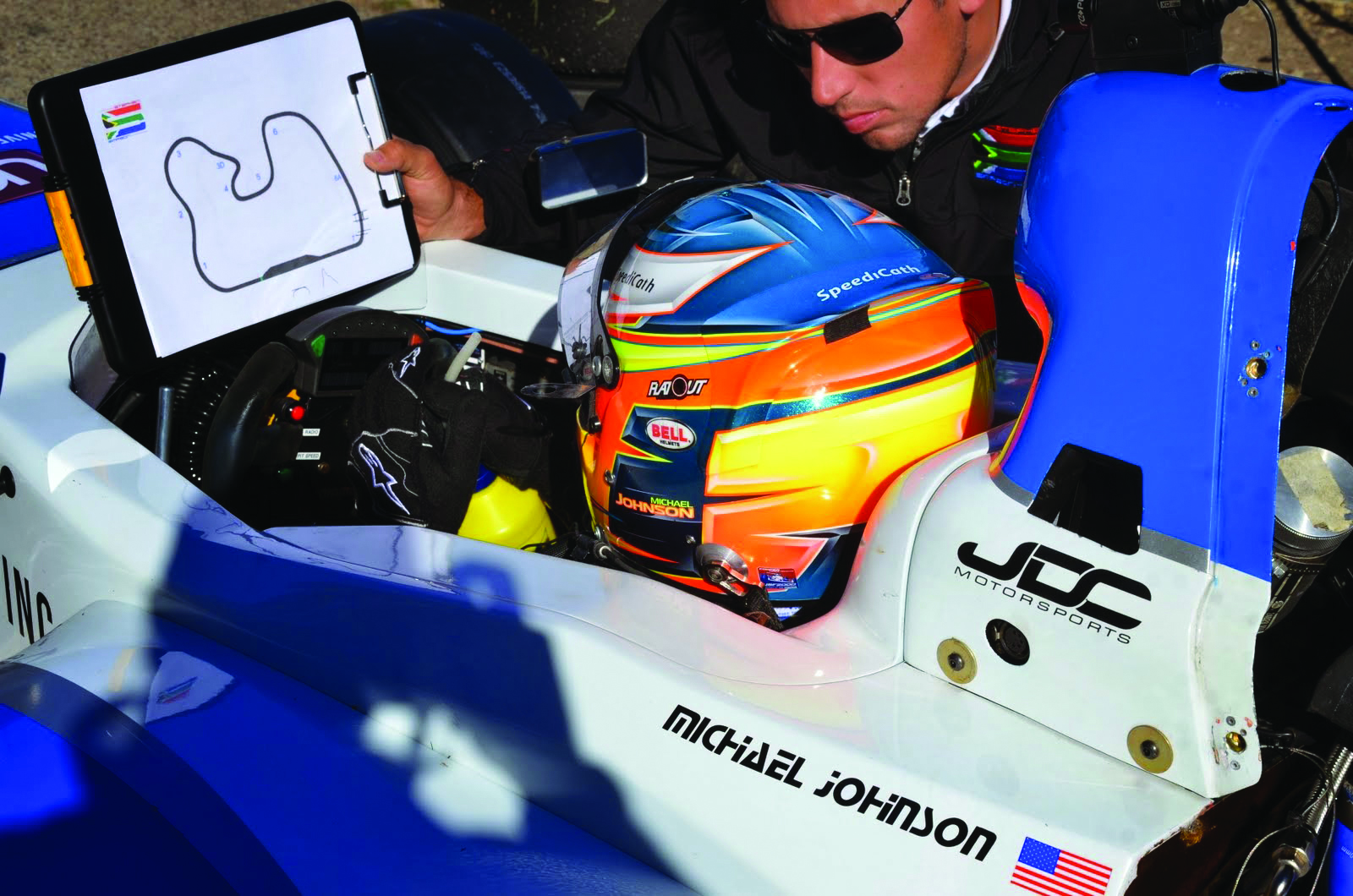 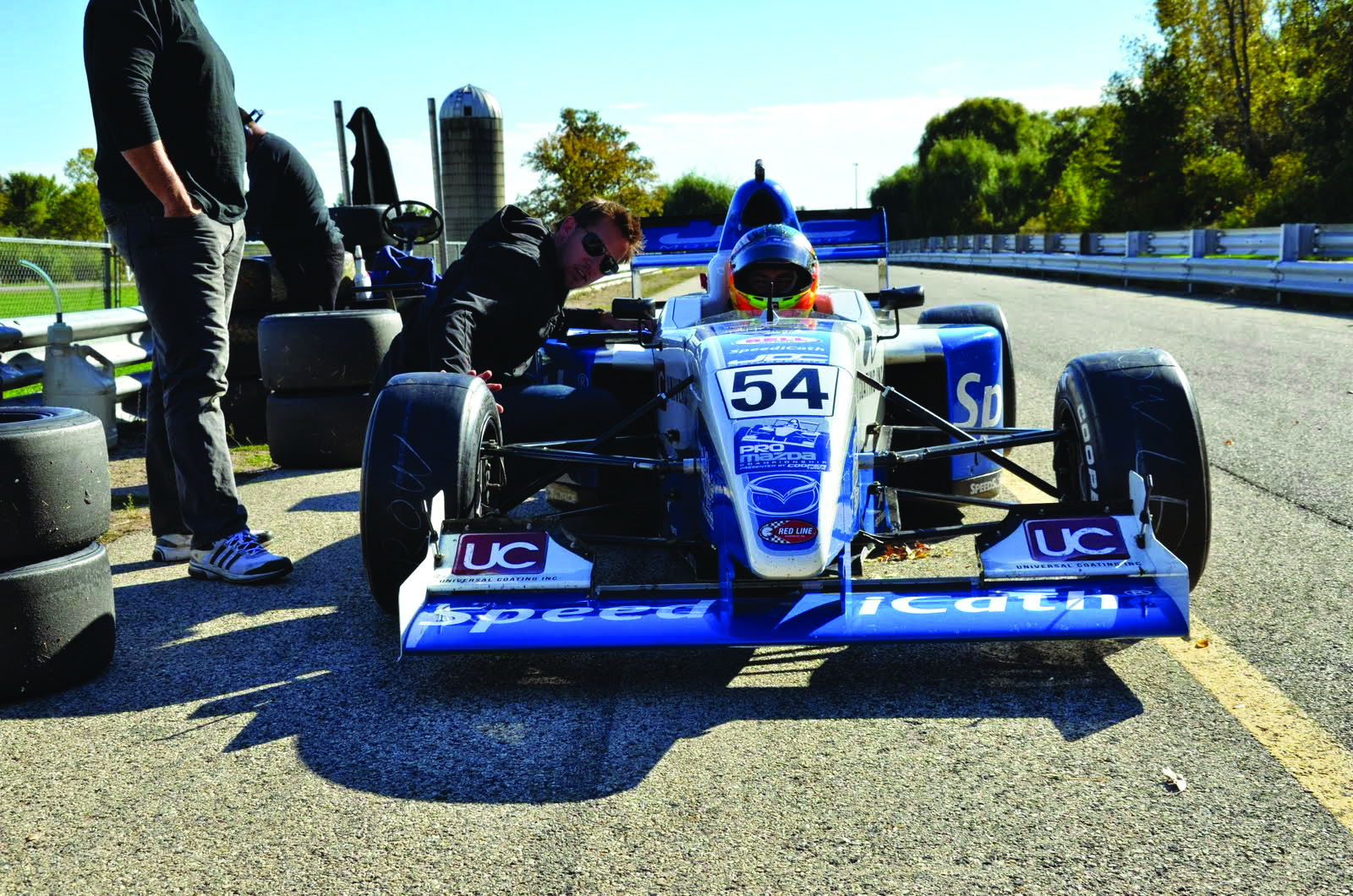 At 80 miles per hour, the boy’s 250cc motorcycle skirted between two hay bales before slamming into a wooden fence. The impact thrust Johnson’s handlebars into his chest, severing his spine at the T5 and T6 vertebra, breaking many bones, and fracturing his pelvis. “I remember trying to wipe my face shield,” Johnson recalled. “I was coming out of a turn and it seemed liked it was only a few seconds before I was laying on the ground, and I immediately knew something was very wrong because I had no feeling in my legs.” Johnson was paralyzed from the waist down.

Johnson’s father, Tim, whose own motocross racing career had inspired his son to pursue the sport, rushed to Michael’s side. Johnson remembers little after that, except for one thing he said to his father. “I told my dad not to let this be the end of my racing career,” he said. Today, nine years and six surgeries later, Johnson’s racing career has only begun.Now 21, Johnson has made history by becoming IndyCar racing’s first paralyzed driver. He’s not satisfied to stop there, however, and is laser-focused on his ultimate goal of being the first paralyzed competitor in the Indianapolis 500, the top tier of IndyCar racing. 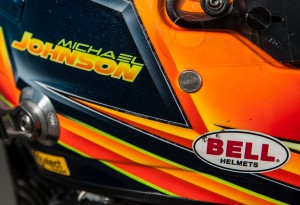 Ironically, Johnson would probably not even be working toward driving on auto racing’s biggest stage if not for his tragic accident. “I really don’t know if I ever would have switched to cars at some point,” he said thoughtfully. “The plan was to continue in motorcycle racing and win more national championships.” Johnson remembers wanting to follow in his dad’s footsteps as a child. “After watching him, I started racing motorcycles when I was seven and loved it,” he recalled. Any motorcycle racing dreams, of course, were dashed when Michael was airlifted from Sarnia to Detroit Children’s Hospital, where we underwent an 11-hour operation that could not restore sensation in his legs.

Tim Johnson kept his promise not to let his son’s racing career end and presented Michael with a go-kart on Christmas Day 2006, just 16 months after the accident. It was equipped with hand controls, and Johnson began practicing with them as soon as the snow melted. Later that spring, he returned to racing at a go-kart competition in East Lansing. “I remember it just felt great getting back to the most fun thing in the world,” Johnson smiled. “It was awesome to feel like my old self again, and I haven’t stopped racing since.” 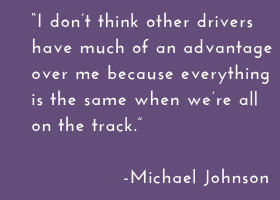 Not at all. After several years of go-kart success, Johnson began open-wheel racing in 2010, competing in the Skip Barber Regional Series. In 2011, he was third in the overall Skip Barber standings. That led to a contract with JDC Motorsports and the first rung on the IndyCar ladder in 2012 – the USF 200 Series. This year, Johnson was promoted to the Pro Mazda Series, the second of three lower-level racing circuits he must compete in successfully before graduating to the IndyCar Series and the opportunity to realize his dream, one he hopes is no more than a mere few years away.

To drive, Johnson operates hand controls like the ones used by other physically disabled adults in consumer vehicles, but built to withstand the rigors of auto racing. He says that racing using your hands is not the easiest thing in the world. “It takes a lot of practice to understand what the car is doing, to adjust and make the car perform better,” he explains. “The amount of time you can spend in the seat racing helps. A little luck is also key, as is being aggressive and not waiting for others to make mistakes.” With one top-ten finish in his first nine starts this year, Johnson was 13th of 27 drivers in the Pro Mazda Series standings. “I’m excited about moving to the next step this year,” Johnson said.  “We’ve been struggling a bit as I get used to the new hand control set-ups in my car, but by the end of the season I hope to be among the top ten in points and then return to Pro Mazda next year and win some races.”

Not only is Johnson on the road to Indianapolis, but he continues on the road to physical recovery, where he has been equally aggressive in seeking improvement. He spends nearly 30 hours a week with a fitness trainer who also handles his physical therapy, and has made remarkable progress. “I have sensory feeling in my legs and can feel vibrations and movement,” Johnson said. “If somebody taps a bone or squeezes a muscle I can feel that travel throughout my body. I have also been focusing on becoming more physically fit to handle the demands of racing.” Perhaps most impressive of all is that Johnson is able to walk short distances with assistance.

While Johnson lives life in a completely different manner off the track than other drivers, when he climbs out of his wheelchair and into his car, he is their equal. “I don’t think they have much of an advantage over me because everything is the same when we’re all on the track,” he said. “I just operate the car differently and instead of walking away after a race, I get out of the car and roll away. It’s great when they recognize that.” ♦