The youngest players seem almost too small for their bodies to support a helmet and pads, but their passion for football is unmistakable. The Great Lakes Recreational Football League (GLRFL), with players as young as seven, kicked off its inaugural season this fall. Games feature the same sights (thrilling plays, vocal coaches, enthusiastic cheerleaders), sounds (smack of pads, shrill of whistles) and smells (concession-stand fare, freshly-cut grass) as typical high school games – only on a smaller scale. The size of the hearts of those involved, however, is the same.

Players, who hail from the Lake Fenton, Burton Bendle, Bentley, Atherton and Holly school districts, love the contact, mixing it up in the trenches, executing a game plan and bettering themselves with each game just as much. Cheerleaders are no less dedicated to perfecting routines, loudly supporting their teams and pumping up crowds.

Like their high school counterparts, coaches gladly sacrifice their time and energy to take kids between the ages of 7-12 under their wings. They pour everything into devising ways to spur their players’ growth and increase their fondness for the game. Similar to high school athletic boosters, many others work tirelessly behind the scenes to ensure everything from hiring officials to prepping fields and securing equipment runs smoothly.

“Our league is certainly a miniature version of what people are used to seeing at varsity high school games, but it was fun for me to watch when I first saw a game,” said Jason Wright, who coaches one of Lake Fenton’s freshman (grades 3-4) teams and is equipment manager for all Lake Fenton squads. “The crowds are smaller (50-100), but I would describe the atmosphere as fun, energetic and jovial. Everybody there really gets into it.” 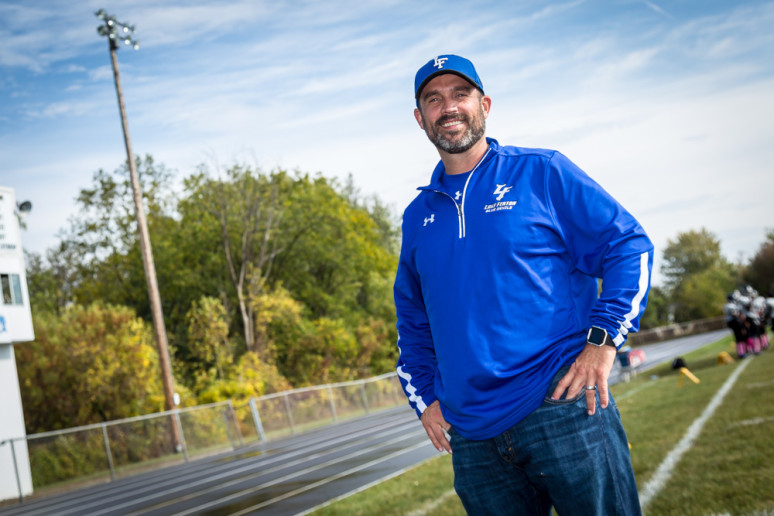 Jeremy Donnell, who serves as the league’s president and football director for Lake Fenton’s teams, explained other differences. “Anyone coming out to watch us on Saturday after seeing a high school game the night before is going to find our games more casual, especially at the youngest level because kids take so long to line up,” he said. “We have safeguards in place to minimize injuries and lopsided scores. We also emphasize safety and learning over winning, but it does get more competitive as players get older. Our varsity teams run plays similar to middle school teams.”

Gavin Teffner, a 12-year-old tight end and defensive end for Lake Fenton’s varsity squad, has already been a part of this world for five seasons. GLRFL teams were members of the now-disbanded Mid-Michigan Rural Football League prior to this year. “I’ve always liked the challenge of football and getting ourselves ready for teams we play,” said Teffner, whose team, coached by his father Mark, won three of its first four games. “It’s a lot of fun preparing and getting pumped for games. I also just really like the hitting.”

That is one thing Jason Wright, who played for Lake Fenton High School, did not expect when he began coaching some of the youngest players last year. “How much the kids enjoy hitting at that age did really surprise me,” said Wright, whose team went 3-0-2 in its first five games. “I wasn’t sure what was going to happen at that level when I started coaching, but they were not intimidated by the contact. There was no coaxing needed.” 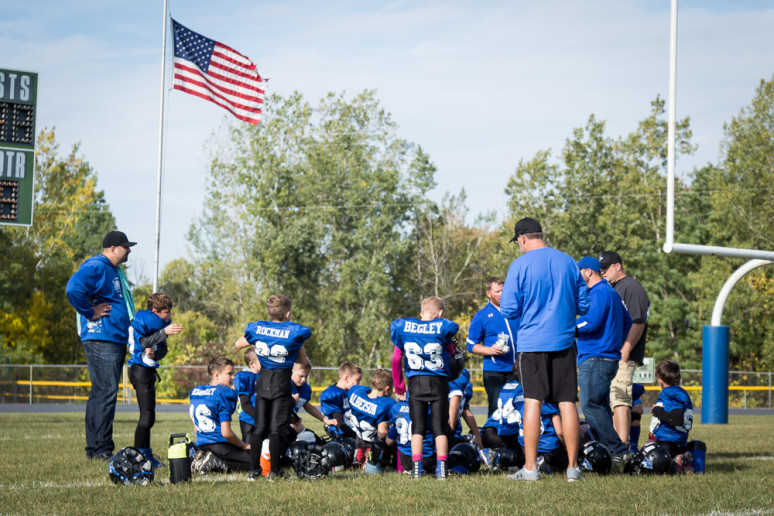 The league’s 19 teams and roughly 110 players square off in games each Saturday at one venue, beginning at 9am. Games are comprised of four eight-minute quarters (compared to 12 for high school) and coaches are allowed on the field to assist freshman players. No team can win by more than 33 points.

The GLRFL’s first season began September 9 and concludes November 6. Other unbeaten teams through October 14 were Lake Fenton’s other freshman squad (4-0), Bentley’s freshman team (3-0-2) and all three of Lake Fenton’s junior varsity teams, who were 5-0.

“We certainly see ourselves as a developmental league to prepare players for the next levels of football,” said Jeremy Donnell, who played for Flint Holy Rosary and Clio Area High School. “We want the kids to be safe, buy into a team and family mentality and become well-versed in basics like blocking, tackling and taking care of the ball. I’ve found that at this level, saying something like ‘get in a power-I formation’, causes kids’ eyes to glaze over.” 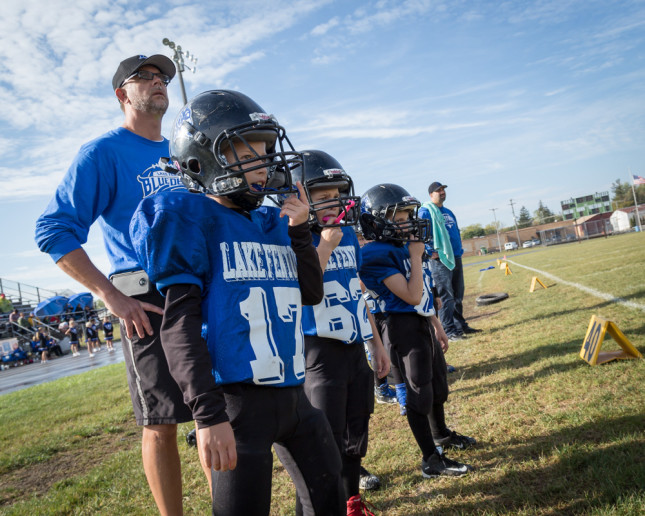 There have been some growing pains for the new league, which is much smaller than the Mid-Michigan league was. That has forced some teams to play each other several times, but expansion is in the works. “Scheduling has been the biggest challenge and has drawn the most complaints, especially at the varsity level where we only have three teams, but we came up with the best solution we could to be sure all kids played six games,” Donnell said. “We would like to expand to about 12 school areas (from the current five) and have already heard from one that would like to join us. We could hear from more after the season, so our league is bound to become even more attractive to parents and players in the future.”

Still, getting even a smaller organization like this one off the ground was a major undertaking. With the help of James Brown, who played important roles with the Mid-Michigan league for more than two decades, Donnell and others began work in earnest last winter, finalizing 21 pages of rules in late May. Many logistical issues remained, but were ironed out. By early August, the GLRFL was officially a go and practice began.

“I think the first year has gone well and it’s only going to get better,” Wright said. “Most importantly, our teams are in a better situation and the kids got to play a full schedule of games.”

In addition to Donnell, other board members are Brown (secretary), Toni Brinker (treasurer) and Jeff Lambitz (head field commissioner). “Our goal is to teach kids to play football the right way,” Donnell said. “At the end of the day, if players on both teams learned something, remained healthy and hungry for more, they can all consider themselves winners.” 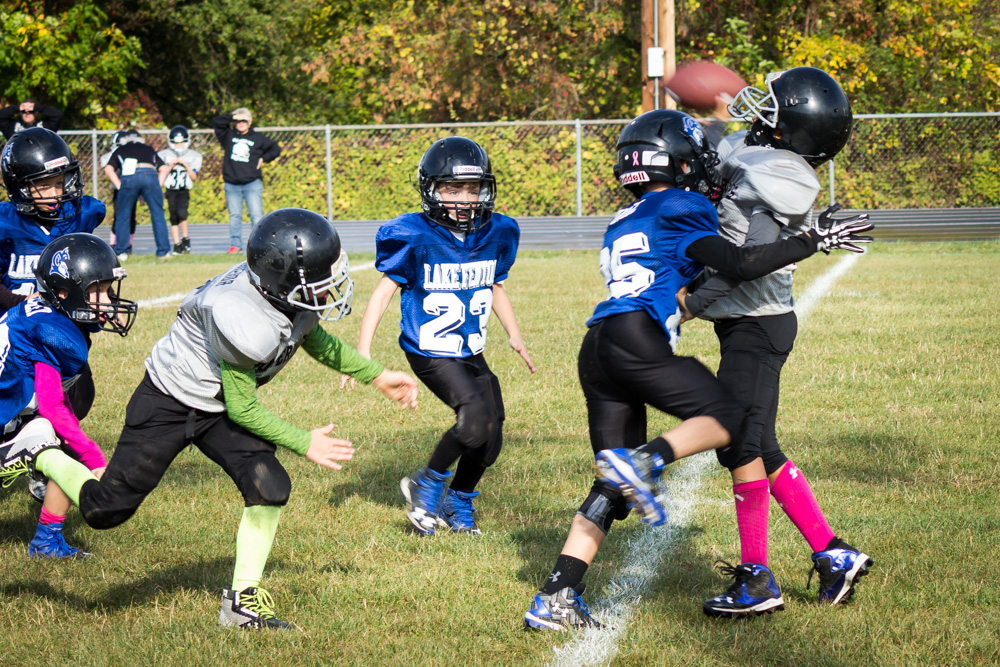 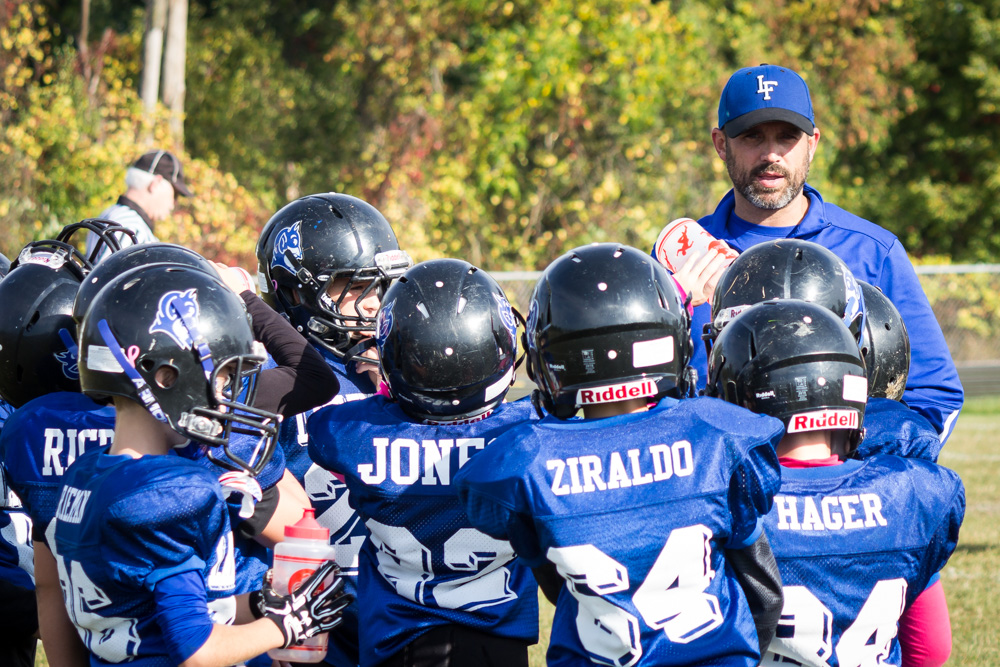 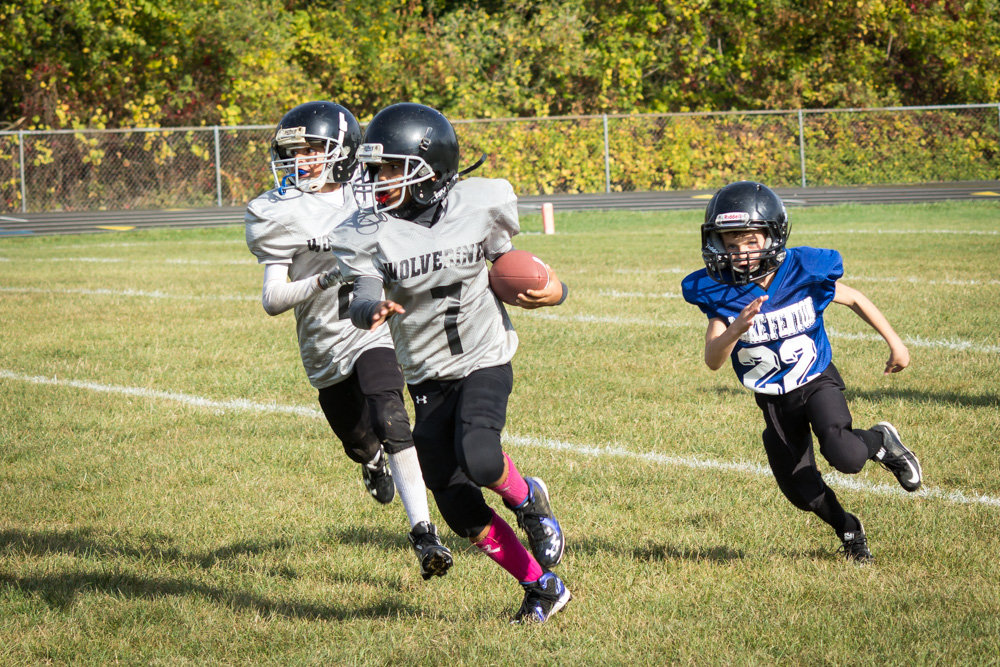 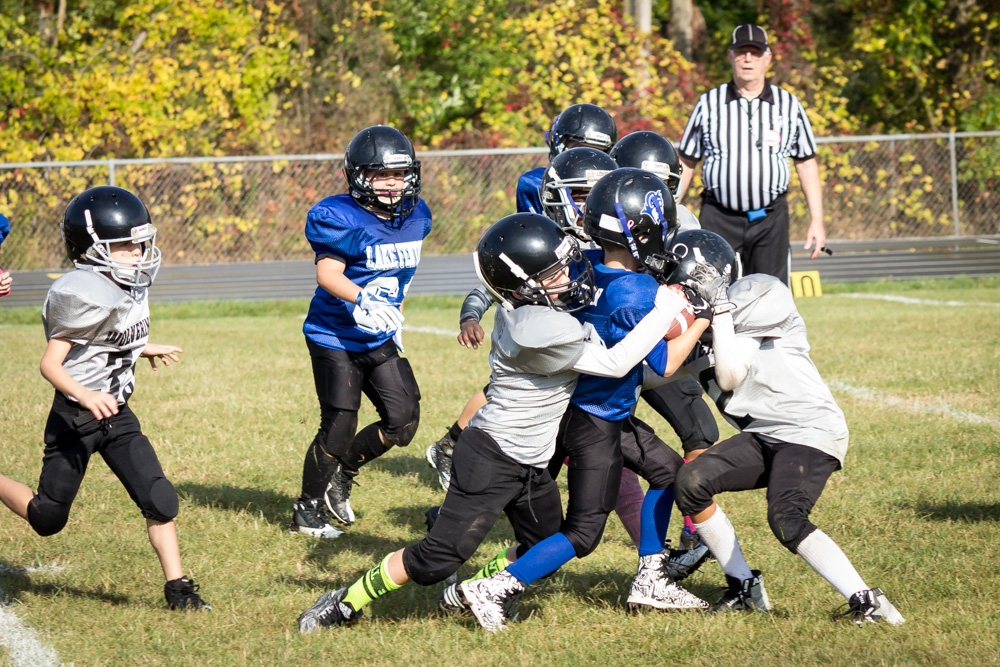 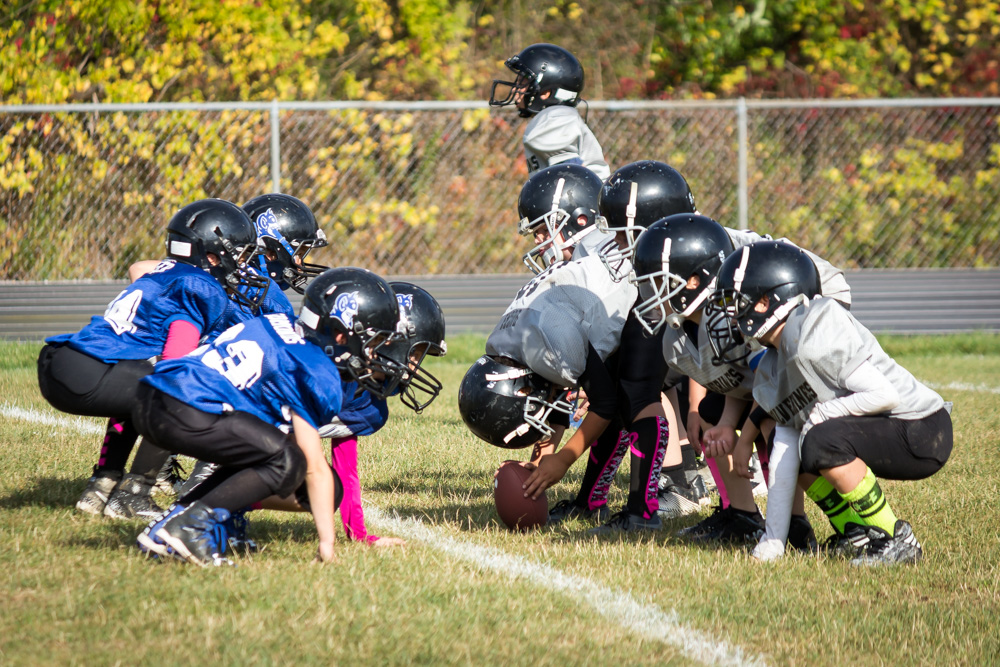 Added Gavin Teffner: “My time in this program is making all the difference in the world to develop me as a football player. I know I’ll be ready for the next levels and will, hopefully, play college football one day.”