Some people are very lucky to make a living doing something that is also their passion. Woody Brackney of Burton is one of those people; he has been a ski and snowboard instructor at Mt. Holly Ski & Snowboard Resort since 1972. “I started skiing for fun when I was 11 years old,” Woody says with a grin, “and it’s been non-stop ever since.” Not only is he an instructor, he is also a licensed official with the U.S. Ski & Snowboard Association (USSA), officiating at races all around the country. He coached the Fenton High School Ski Team for 20 years and is now a coach with the Clarkston JV Ski Program.

MCM spent some time with Woody and got a look at his typical day on the job. 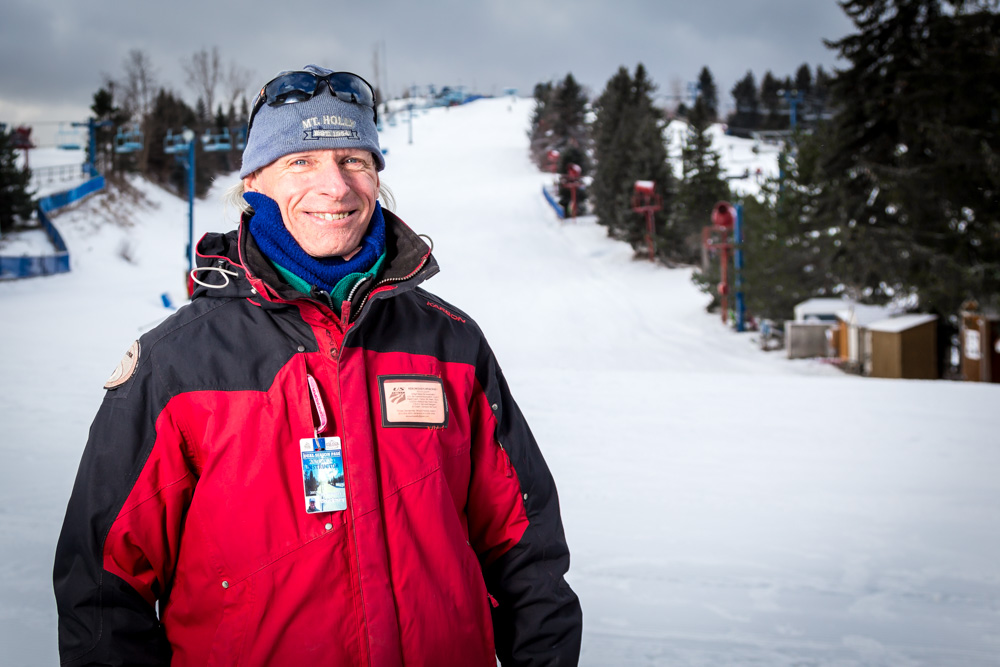 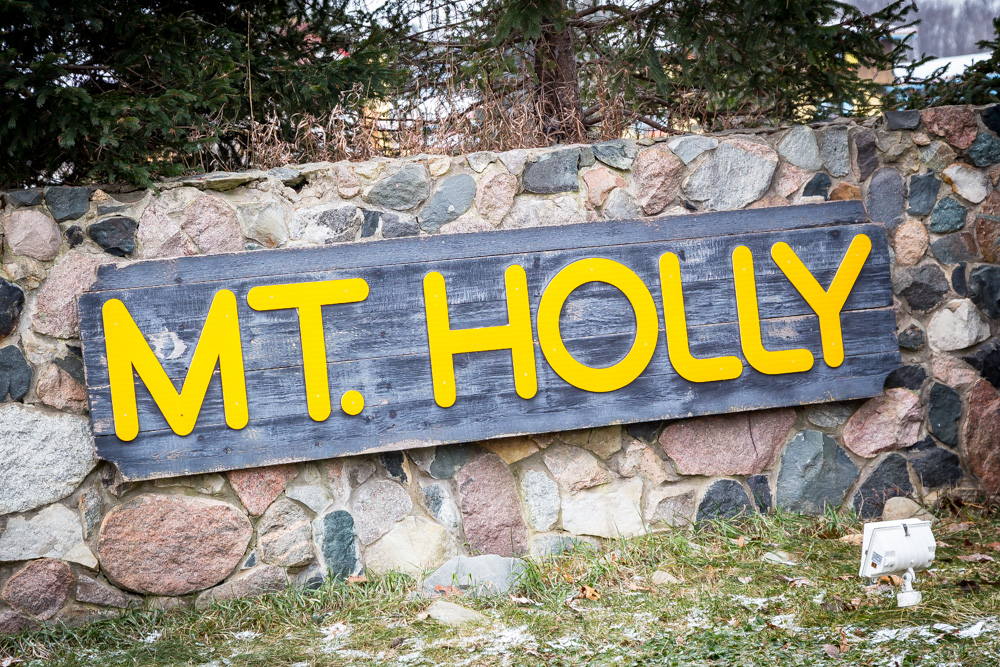 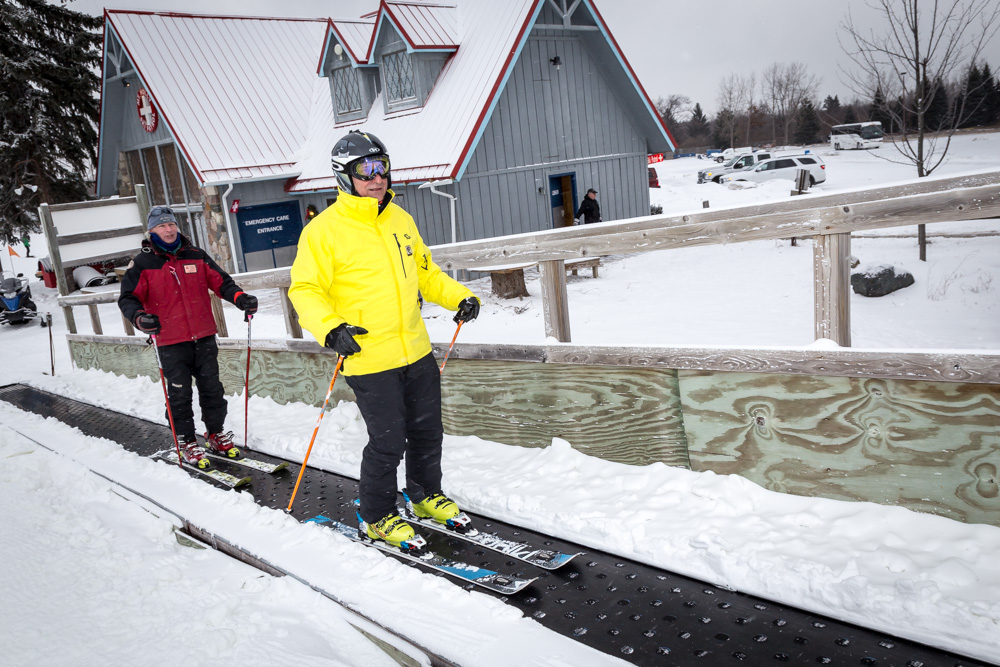 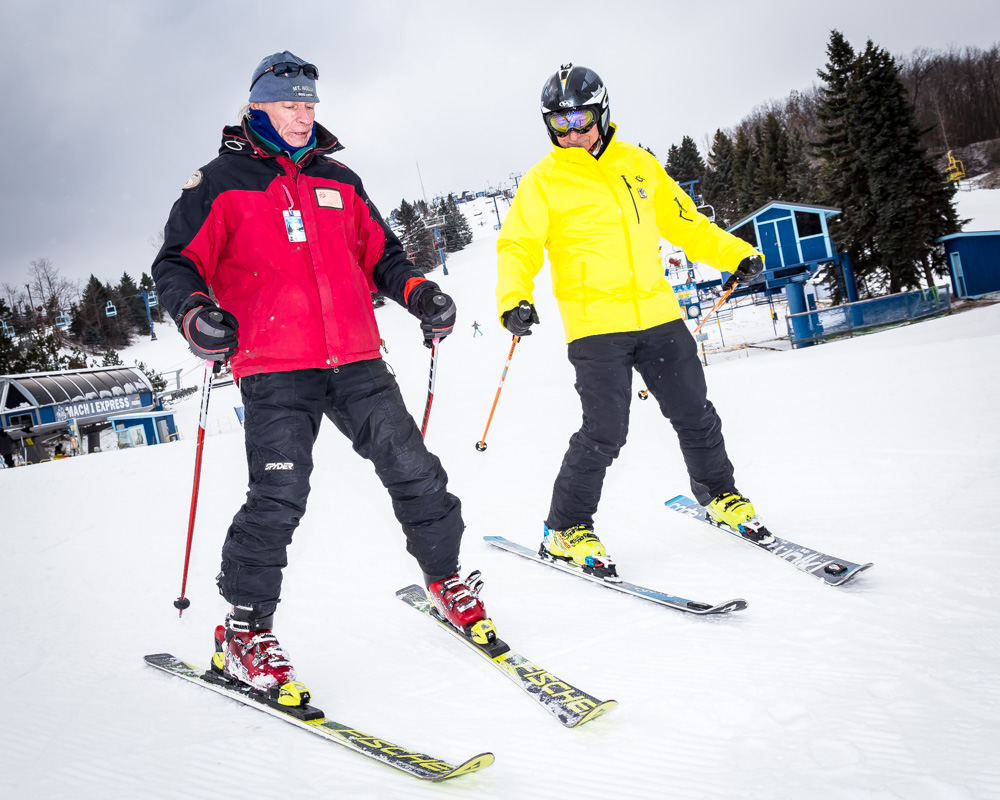 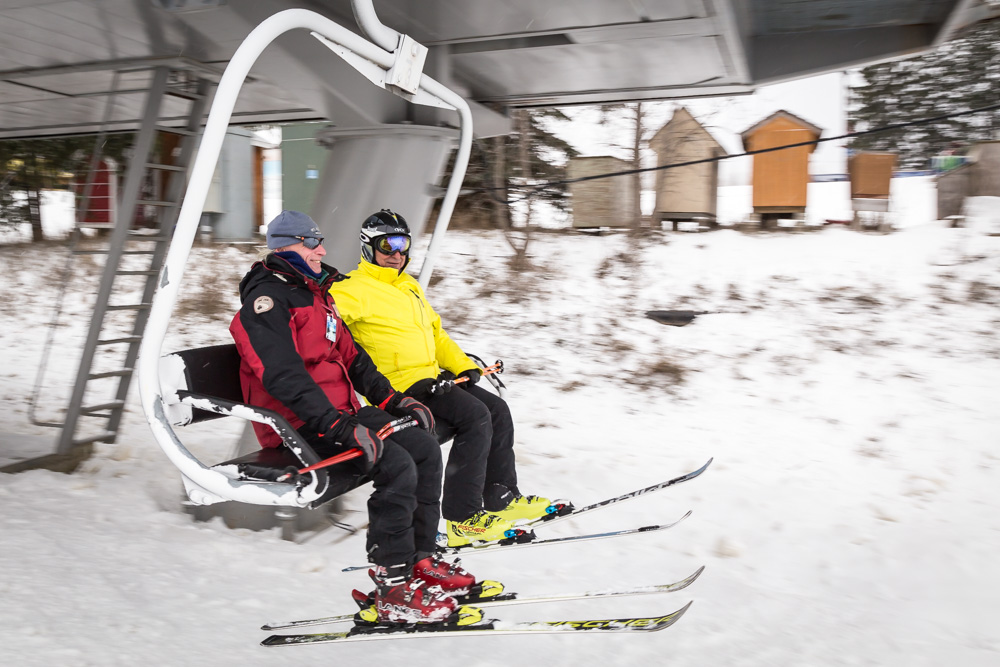 The workday usually starts around 10am, when the Mt. Holly ski school opens, and it closes at 7pm. The number of students he teaches varies from day to day and they range in age from age four to 80. The peak time for the ski instructor is from Thanksgiving until the second week of March. During that time, weekends are the busiest, so Woody often works seven days a week. Being a ski instructor isn’t for everyone, and Woody says he definitely doesn’t do it for the money. “You have to have the passion for it!” he exclaims.

Woody teaches private, semi-private, and group skiing and snowboarding lessons. The first thing he does after greeting a new student is make sure they know how to correctly put on their boots. It is his opinion that it is easier to learn how to ski than to snowboard. “Snowboarding is like standing on a toboggan,” he jokes. “It’s like surfing on snow, only there’s no sharks.”

Classes, which usually last one hour, are held outside in the teaching area, where students use a moving belt (“magic carpet”) and tow ropes. “We start with the basics,” says the instructor. One of the most important things to learn is how to fall. “There is a right and wrong way to fall on skis,” he reports. “You should never try to catch yourself, which is the natural reaction.” Woody also teaches the proper way to put on skis and take them off. He gives students time to get their balance on the skis and to learn how it feels to stand in them on slippery snow. “It’s very important that we take our time,” Woody says. “When teaching a group, we never teach faster than the slowest student.” He has taught many Floridians how to ski. “They’ve never even seen snow before,” he laughs.

After learning the basics, students then move to the Beginner Hill, where there are seven chairlifts and the practice runs begin. “Everybody wants to go to the chairlift,” Woody says, noting that the beginner chairs at Mt. Holly are yellow. Woody remembers teaching an NHL hockey player how to ski. “He was six feet, six inches tall and weighed 240 pounds. His worst fear was going too fast,” he shares. “You can take the most athletic person in the world out on a slope and things can go bad really quickly.”

Woody usually takes a break between lessons to get warm and continues to teach students throughout the day.

What does he like best about his job? “I love watching the excitement of people who have never skied before and their smiles as they learn how.” And, he really has no set teaching method. “Everyone learns differently, so I have to have a bag of tricks,” he smiles. Woody also enjoys the diversity of people he meets.

The downside of his profession: brutal cold and wind. In the many years that he has been a ski instructor, Woody has only twice been cold to the core of his body. “It took a long time to warm up again,” he says, recalling officiating a race in Minnesota when the temperature was 27 degrees below zero. “That was little challenging,” he says.

After a long day on the slopes, Woody enjoys getting out of the cold and relaxing at home. In his spare time, he enjoys reviewing and studying ski race videos or watching a movie. “I take care of myself so that I can keep doing what I love to do,” he says. He feels very lucky that he hasn’t suffered any serious injuries in all his years of skiing. On Mondays, Woody is the starter for an Adult Race League. “I’m going to do this until I physically can’t do it,” Woody admits. “I love to ski.”