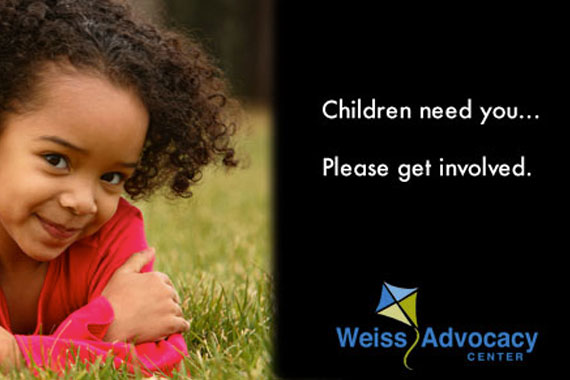 Great music, great food and a great cause were featured at the Weiss Advocacy Center’s Kite Tails & Cocktails silent auction on April 26. Money raised at the event supports Weiss’ effort to prevent child abuse on a local level.

Genesee County Prosecuting Attorney, David Leyton, served as the event’s host. Leyton is also a member of the Weiss Advocacy Center’s Board of Directors. After welcoming everyone, Leyton recounted the severity of child abuse in Genesee County and listed the programs that Weiss provides to Flint children and families, highlighting their prevention program, titled “Never Shake a Baby”, as well as their interview and exam services for reported abuse victims.

As a non-profit organization, Weiss relies on the service of local volunteers, thus the event not only raised funds for child abuse prevention, but also honored two individuals known for their service to children in the Flint community. Karen Eaton and Burton Police Detective Shawn Duncanson were awarded the Volunteer of the Year and the MDT (multi-disciplinary team) Member of the Year awards, respectively. The McLaren Child Evaluation Clinic, which facilitates the above-mentioned interview and exam services, was honored with the Guardian Angel Award.

Over a dozen sponsors supported the auction, attended this year by over 100 men and women. Executive Director of the Weiss Advocacy Center, Jonquil Bertschi, was pleased with the event, which raised about $18,000. Bertschi told My City Magazine, “The Kite Tails and Cocktails event is about the Weiss Advocacy Center’s work to renew children’s lives. We were thrilled to be able to celebrate the importance of the Center, and to honor those members of our team who serve children every day.” Anyone interested in preventing child abuse will find passion and solidarity in Weiss Advocacy Center.