This year marks the 20th Anniversary of 9/11 – a day many of us wish we did not have to remember. What began as a beautiful day ended with a nation and world in mourning for the horrific loss of nearly 3,000 innocent lives at the hands of terrorists who attacked America in the deadliest act of terrorism in history.

For those old enough to have experienced 9/11, images of the destruction and devastation are etched in our minds. We remember the smallest details about the day that changed us all two decades ago … how we heard, where we were, who we called.

In this issue, MCM offers a special section, “We Remember.” We share the story of Eric Bennett, the only person from the Flint area to perish in the 9/11 attacks. Also featured are personal accounts of the experience working to rescue and recover victims at Ground Zero from former firefighters, Joe Ludwig and Steve Thomson. In addition, advertisers have sponsored highlights of area fire and law enforcement personnel to honor the brave first responders who answer the call every day. Finally, we asked: where were you when …? The memories are both different and profoundly similar.

If there is one thing we can all agree on, we do not – cannot – forget. 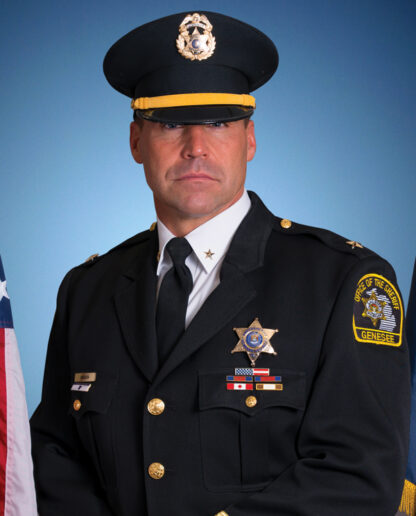 Sheriff Swanson, Why did you pursue law enforcement?

Both my father and grandfather were Detroit Police Officers, which allowed me to hear the BEST stories of protecting and serving that a young boy could hear. Since then, it’s been “in my blood.” I will say that if you ask most police officers in America, the most common response will be, “I love to help people and I’m willing to give my life to do so.”

Those of us in law enforcement/public service have had an incredible journey since COVID first hit and the death of George Floyd. I’m convinced it’s made us more professional and committed to be the very best. In the Sheriff’s Office, we have changed the culture to PROTECT, SERVE and UNIFY! That last discipline – UNIFY – has been missing as a “standard” in law enforcement. I’ve seen the power of UNITY and when witnessed authentically, it speaks to millions.

I was a detective sergeant and had just reported for duty. My buddy called and said a plane had just hit one of the Twin Towers. Like most, I figured it was a smaller prop plane and an accident. When the second plane hit, I knew America was under attack. Nobody knew what the end was going to look like. When planes three and four went down, I felt empty and angry inside. The images of the towers burning and people jumping have never left me. As a 28-year-old with a young family, I felt such deep pain for the victims and their families and still do. I continue to read the accounts, watch documentaries and keep 9/11 fresh so as to never forget ALL who gave their lives since that day. 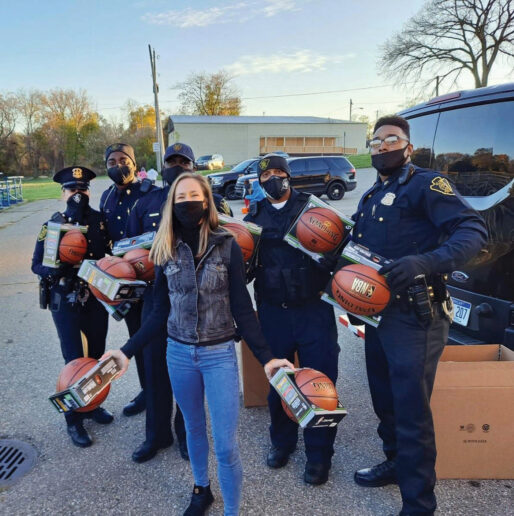 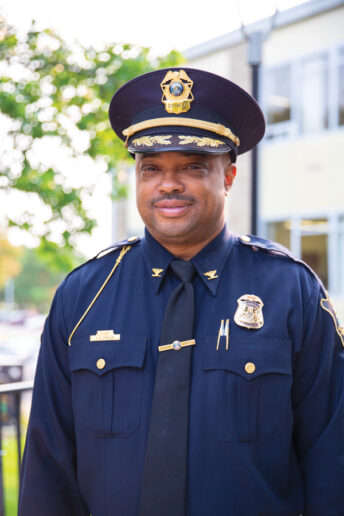 I recall exactly where I was and what I was doing that morning. I was home getting dressed for a morning court appearance. I turned on my television to watch the morning news when I viewed an image of a plane crashing into one of the towers. Initially, I was in disbelief – thinking it was a clip of an upcoming movie. I then realized it was a true terrorist attack on American soil. 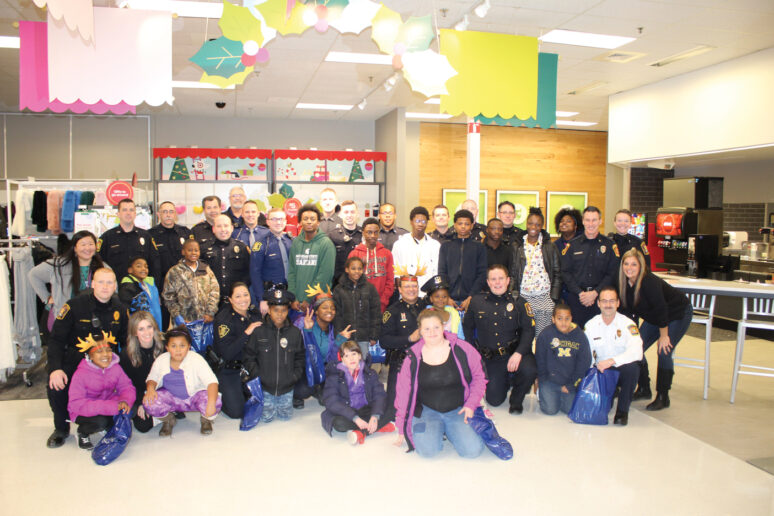 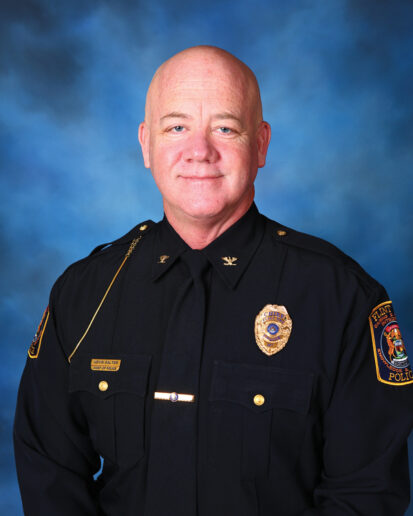 Chief, Why did you choose a career in law enforcement?

In high school, I knew I wanted to serve in the military and become a police officer. I have proudly done both. I chose this profession because I wanted a dynamic career in which: (1) I would have the ability to serve our community; (2) it would be challenging and different every day; and (3) it would be honorable. I have been in law enforcement for almost 25 years and my career has offered all of these things.

What are your goals for the department this year?

Flint Township has a diverse population and a large business district. I think it is important as a law enforcement agency to be involved in all facets of our community. Our department focuses heavily on building better relationships with our businesses and residents. Another goal I have set for our department is to enhance our officer training. I want to make sure they are afforded the opportunity to stay current on police tactics and procedures. The better trained our officers are, the better they will serve the community.
Secondly, we would like to implement a Body-Worn Camera (BWC) program, which will increase both citizen and officer safety. Another benefit is the obtainment of accurately documented events, actions and statements made during citizen contacts, increasing overall transparency.

I was at home with my young children. My mother-in-law called to ask if I had been watching the news. I turned it on and was in shock. She came over to watch the children and I went to work. The next morning, five of us – me, Sgt. John Seibel (retd.), Det. James Santa (retd.), Det. Vern Chontos (retd.) and Ofc. Dave Reinfelder – were on our way to New York City. We stayed for seven days assisting the NYPD at a traffic point near Ground Zero. 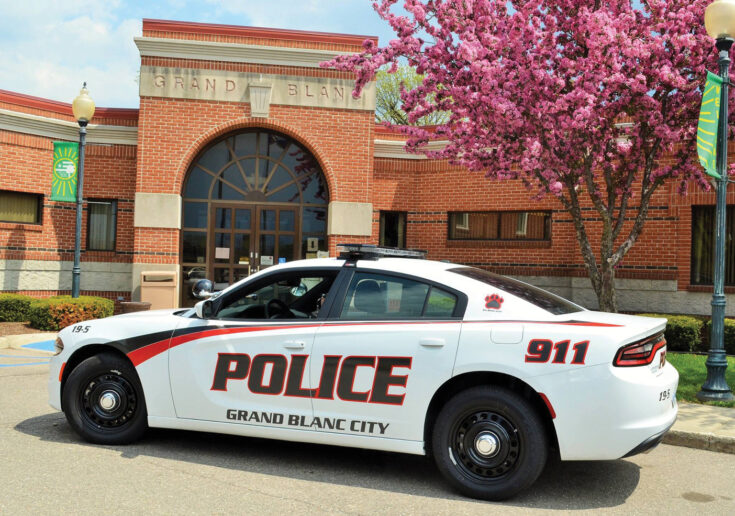 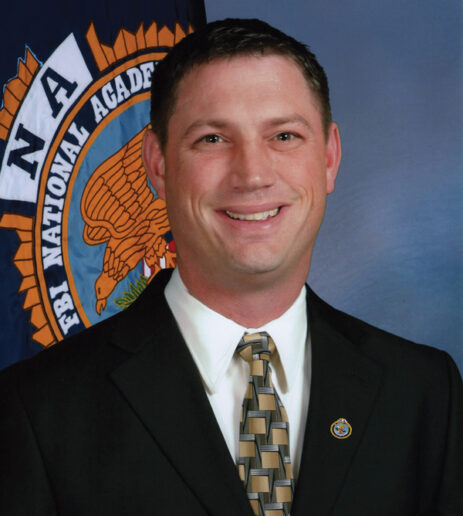 Chief, Why did you pursue a career in law enforcement?

I believe that my path to law enforcement was a result of my upbringing and very heavily influenced by my parents AND my grandparents on both sides of my family. I could go on and on about the positive influences my parents and grandparents had on me as a child and the lessons I have learned about service to others and how to treat people with love and respect. I wanted a career where I could serve the community and/or country while helping the less fortunate. With no active war or conflict going on in the world at the time that I graduated from high school, law enforcement seemed like the most logical career choice.

My goal is for the GBPD to become an accredited agency. As an agency, we are very aware of the incidents that have occurred across the country over the course of the last several years that have caused many citizens to distrust the police. I believe that if policies are up to date and officers are receiving the appropriate training, these incidents can be mitigated. A secondary goal of mine is to have at least ¼ of our officers trained in Crisis Intervention – such a team will be better equipped to assist people who are having a mental health crisis.

That morning, I was playing in a 9-1-1 Golf outing (named for a retired Saginaw County law enforcement officer who had passed away). My wife was home with our infant daughter and as we were waiting for the scramble to begin, she called me on my cell phone and asked if I had heard that an airplane had flown into one of the towers at the World Trade Center. I told her that I had not heard, and she didn’t have very many details at the time. Just minutes later, she called back to tell me that a second plane crashed into the other tower. My teammates and I went into the clubhouse to watch the news. The horrific footage of the airplanes flying into the towers will live with me forever. As the news kept coming in that day about American Airlines Flight 77 crashing into the Pentagon, United Airlines Flight 93 crashing into a field in Pennsylvania and the collapse of the towers, the golf outing became an afterthought. I think we all wanted to just get home and hug our families and hear how President Bush was going to respond to these attacks. 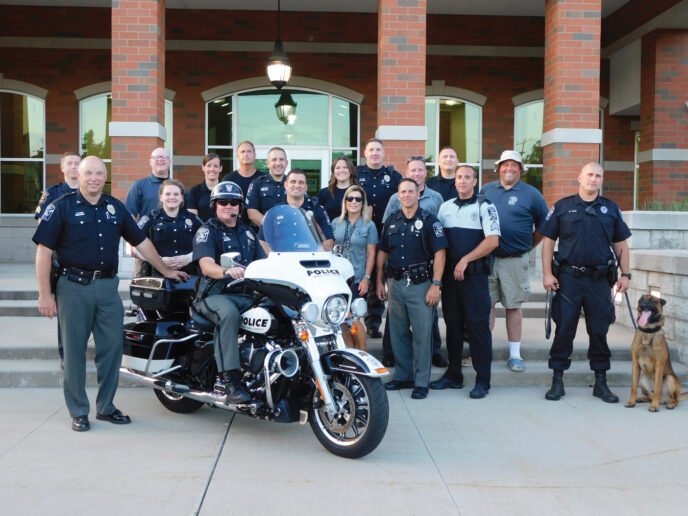 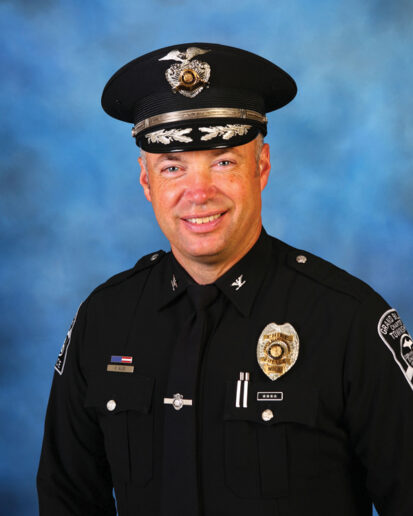 Law enforcement is a noble profession in which every day, I have an opportunity to help, serve, and make a positive impact in my community. It’s that opportunity to help others and make a positive difference that drew me into a law enforcement career. While it has been challenging at times, it has also been very rewarding and a decision I would not change.

In the coming year, a top priority will be the recruitment and hiring of qualified candidates to become police officers. This has been quite challenging over the last several months, so we look forward to finding some good people who are interested in law enforcement and dedicated to providing a superior level of service, and who want to be part of our team.

The Grand Blanc Township Police Department was one of the first 20 law enforcement agencies in Michigan to earn full accreditation status. It’s a significant professional accomplishment. This coming year, we are up for re-accreditation and will invite trained assessors to view our practices and policies to ensure we are still in compliance with 108 “best practice” law enforcement standards.

On the morning of September 11 2001, I was in Genesee County Circuit Court for a homicide trial. I first heard about the attack when we had a break in the proceedings. There was a TV in the room, so we started watching and listening for updates as the events unfolded. Initially, I remember there being a sense of uncertainty and disbelief. As we learned more, those feelings turned to sadness for those who lost their lives, and also a great amount of respect and admiration for the first responders and the other selfless men and women who did everything they could to help. That is certainly a day I will #NeverForget. 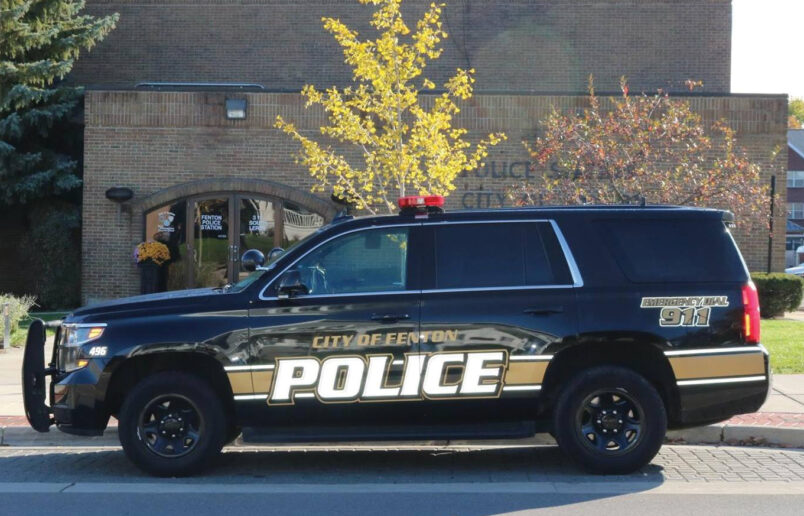 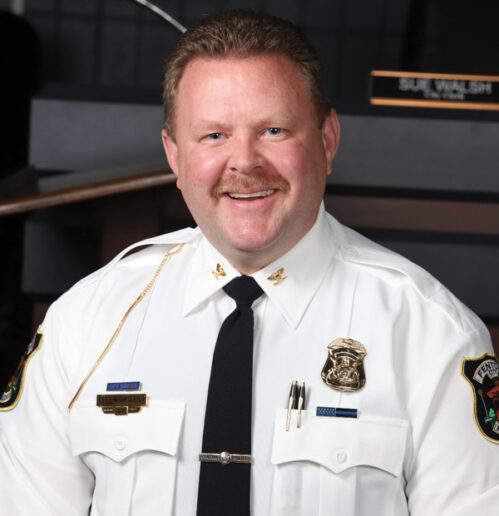 I chose to be a police officer to help protect those who cannot defend themselves. Throughout my career, I have always wanted to make a positive difference in the lives of those I serve. I feel very fortunate that I have been able to work in such a great community.

My goal is for a return to normalcy. COVID restrictions canceled numerous community events over the past two years. I hope as we finish the last few months of 2021, we can look forward to 2022, a year that will be filled with the events that our community has grown to love.

I was at home that morning, as I was working the afternoon shift at the time. I remember a telephone call from one of my coworkers who told me to turn on the television. Like so many other Americans that day, I was glued to the news channels trying to learn the details of a tragedy that changed our country forever.