During a busy Spring Break trip to New York, Olivia Bennett was visiting colleges and taking in attractions with her family. In the midst of all the activity, Bennett, then a Powers Catholic High School sophomore, thought of something that had recently arrived for her in the mail.

Being in New York reminded her of how much a brochure from the United States Military Academy in West Point had caught her attention.

“I was like, ‘Mom, did you throw away that thing from West Point?’ and asked her if we could swing by the campus,” Bennett, now a senior, recalls. “I knew we were too late for a tour, but I wanted to check it out.” 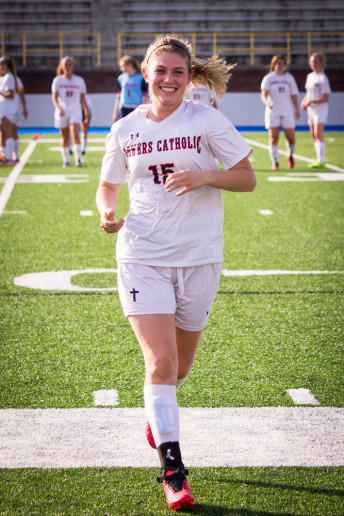 From the moment she set foot on the sprawling, history-soaked, tradition-rich campus situated on granite bluffs above the Hudson River, she was mesmerized. She immediately saw herself among the roughly 4,400 cadets being groomed on the same grounds as former Presidents Dwight Eisenhower and Ulysses Grant, legendary Generals George Patton and Robert E. Lee and astronaut, Buzz Aldrin.

“From that brief visit, I knew West Point was a place that could bring out the best in me,” Bennett says. “The campus was so impressive and there is so much great tradition. All the way home, I could not stop thinking about it. I wasn’t giving any thought to the other colleges I visited.”

Clearly, she wanted to be a part of the USMA, but did that hallowed institution where only 19 percent of the student body is female want her? Two years after that impromptu visit, she finally received her answer: a resounding ‘yes’.

Ironically, the news came as the family was beginning another Spring Break vacation. West Point applicants must be nominated by at least one of their representatives in the United States Congress and as Bennett and her mother drove to Metro Airport to catch a flight to Miami, Senator Gary Peters called to her inform her that she was part of the USMA’s Class of 2021. Congressman Mike Bishop, who represents Bennett’s hometown of Clarkston, called shortly thereafter.

Emotion overtook her, and she pulled into a Subway parking lot to process what had just happened.

“I got out of the car and was jumping for joy,” she says. “I was so overjoyed, because getting into West Point was something I worked so hard for and never really knew if it was going to happen. It would not have happened without the support of my parents (Todd and Lynette). It’s difficult for women to get into West Point, and I feel an obligation to represent women in the military. I love America and I was drawn to the challenge. It has become my passion.”

West Point’s website clearly defines its rigorous standards. “Being accepted for admission to the United States Military Academy at West Point is an exceptional honor reserved for our nation’s most promising students,” it reads. “But it takes more than excellent grades to be accepted for admission. West Point wants leaders who are not only intelligent, but those who are physically fit and of outstanding character.” 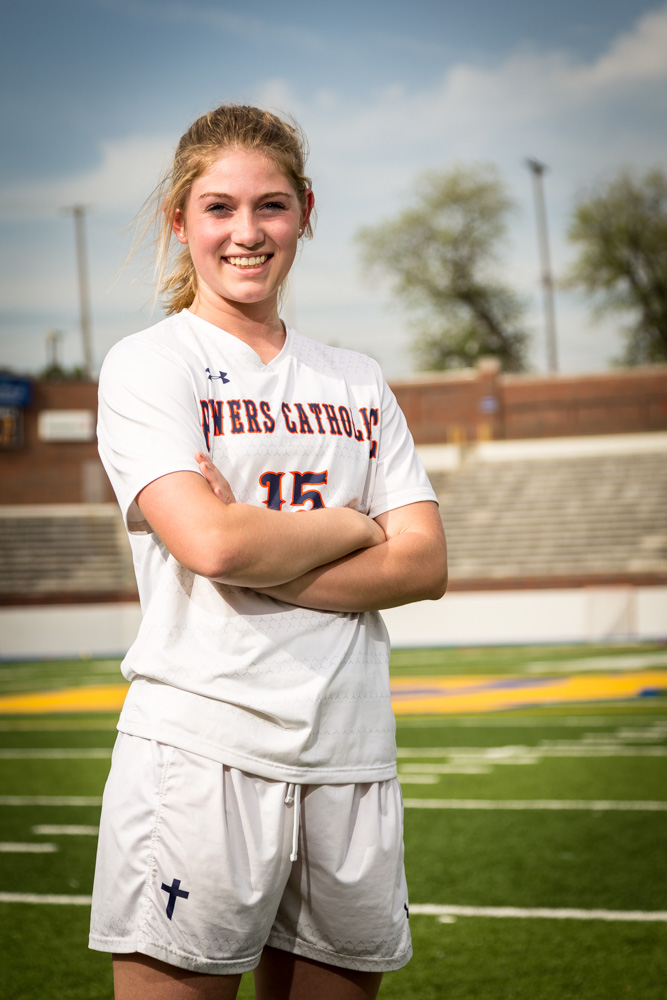 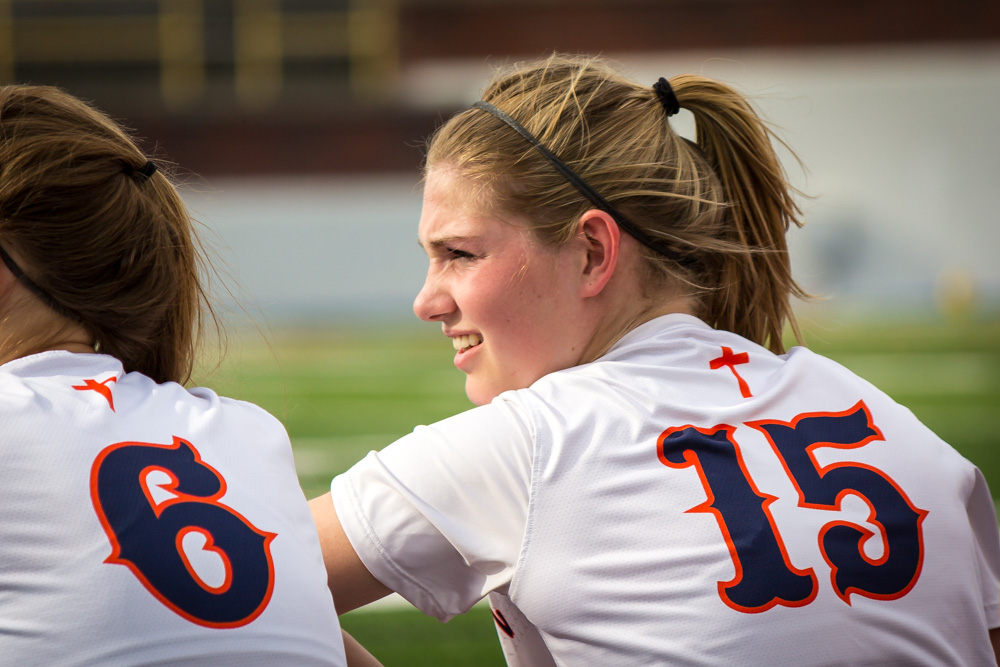 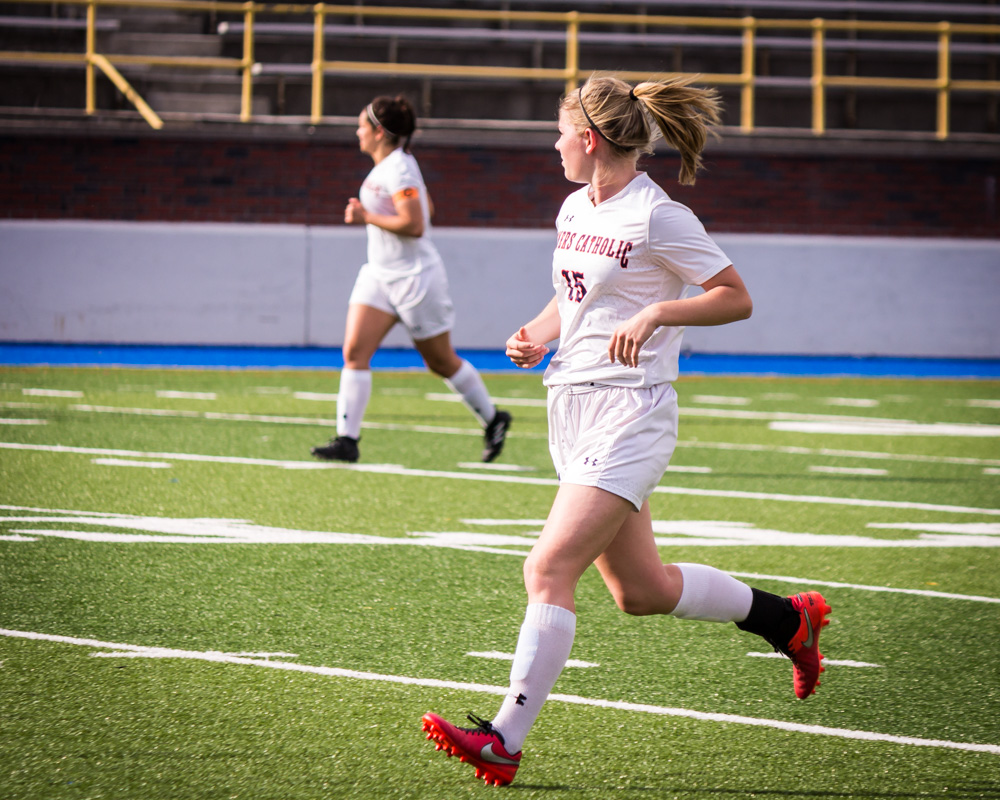 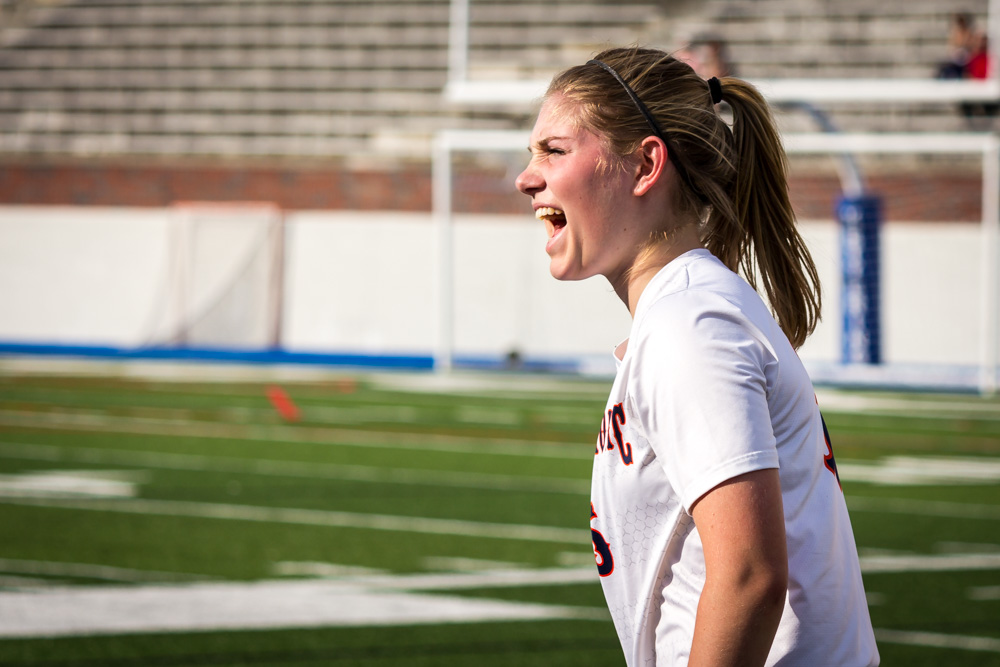 As those who know Bennett best can attest, she more than meets the criteria. Boasting a 3.85 grade point average and 25 ACT score, she is Powers’ National Honor Society President and has earned 14 total varsity letters in cross country, track, soccer and basketball.

She is active in the Clarkston Rotary Group and has been a leader for Kairos, a Powers retreat program held near Higgins Lake. Bennett has also won Voice of Democracy competitions and is a Saginaw Valley League Academic Athlete of the Year.

Still, statistics illustrate how difficult receiving a West Point acceptance letter is, especially for female applicants. Of the 3,966 who started a Class of 2020 application, only 884 were nominated, just 524 were deemed academically and physically qualified and a mere 282 were admitted – just seven percent of the original applicants.

“West Point is a challenging environment for sure, but Olivia is going to eat up those challenges,” says Powers Cross Country Coach, Dave Quinn. “That’s the kind of person she is. West Point is the perfect place for Olivia because she loves to push herself and go after big dreams.”

Bennett has been dreaming about what she will be a part of. “I really look forward to some of the great traditions like Ring Weekend, when the seniors receive their rings and show them off to freshmen, who sing to them,” she says. “Then, at graduation, being part of the famous Long Gray Line will be really special for me.”

Her road to West Point began with a competitive nature forged by growing up with four siblings, including an adopted brother just six months her junior. “It did get pretty competitive among us, but that was a good thing and we did all kinds of things together, like playing sports in the yard and going backpacking and camping,” she recalls. “We played a lot of baseball at home and when my brother started playing little league, I wanted to be on his team and play baseball with the boys. I wanted to be the first woman to play for the Tigers. People thought I was a little crazy, but that’s my nature.”

She made an immediate athletic impact when she hit high school.

Spending her freshman year at Waterford Our Lady of the Lakes, she was the cross country team’s second-best runner, placing second at the regional meet and 21st of 245 finishers in the Division 4 state meet. Only two freshmen finished ahead of Bennett, who then helped the girls’ varsity basketball team to the district final.

“It’s difficult for women to get into West Point.
I love America and I was drawn to the challenge.” 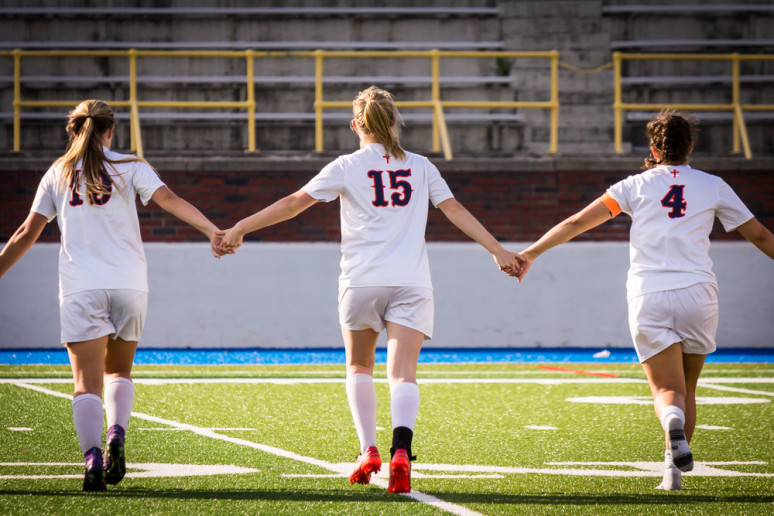 That spring, she helped the Lakes’ soccer team reach the Division 4 state championship game where they were up 1-0 before being edged out 2-1 by Grandville Calvin Christian. At the same time, she was a member of the track team, placing second in the regional and 14th in the state meet in the 800-meter run.

Bennett transferred to Powers prior to her sophomore year and joined the varsity basketball team before again participating in both track and soccer. She helped the soccer team to the state semifinals and was part of the 1600 relay team which was seventh at the regional. As a junior, she was the cross country team’s sixth runner, placing 12th at the regional and 144th of 238 finishers at the Division 4 state meet.

After another basketball season, she shined in the spring, helping the Chargers to the Division 3 state championship game where they fell, 1-0, to Hudsonville Unity Christian.

A state title did not elude her on the track, however. After another runner was injured late in the season, Bennett became a full-time member of the 3,200 relay team which captured the Division 2 state championship after winning the regional and placing second in the Saginaw Valley League meet. The quartet later finished 18th at the Foot Locker National Meet. She was also seventh in the 800 and part of the third-place 1600 team at the regional, as the Chargers won the regional championship by 36 points.

“Olivia’s dream was to go to West Point and she has made it happen which is not surprising, because she is one of the hardest workers I’ve known,” Track Coach Leo Foley says. “Last spring, our top 800 runner, Sarah DeDolph, had a stress fracture a week before the regional meet and we asked Olivia to step in. She was about 10-15 seconds slower in the 800 than Sarah, but stepped up and ran her best 800s ever.”

Last fall, Bennett was the cross country team’s fourth runner as the Chargers placed fourth at the state meet, their best finish since 2002. She was 103rd of 238 finishers in the state meet and 18th at the regional. She also ran a personal-best of 19:43 which is among the top 20 times in school history.

Instead of basketball, she joined the boys swim team this winter, figuring it would be good preparation for West Point. She actually posted a better 100 freestyle than two of her male teammates at the SVL meet.

This spring, Bennett was again part of the soccer and track teams. The soccer team was ranked first in the state and favored to win the Division 3 state title. “I’ve been close to a state soccer championship every year,” she says. “A title would be the perfect way to finish high school.”

Regardless how her prep athletic career ends, Bennett will raise her right hand on July 3 and take West Point’s Oath of Allegiance before beginning a grueling seven-week Cadet Basic Training. After that, she will settle into normal cadet life. Upon graduation, she must serve at least five years of active duty.

“I’m not sure what I’d like to do for active duty, but being one of the few women to complete Army Ranger school would be great,” she says. “After the five years, I might want to work for a government agency like the FBI or stay in and work my way up to becoming a general. We’ll see.”

Bennett’s readiness for West Point is obvious. Is West Point ready for her? Perhaps that’s the better question.