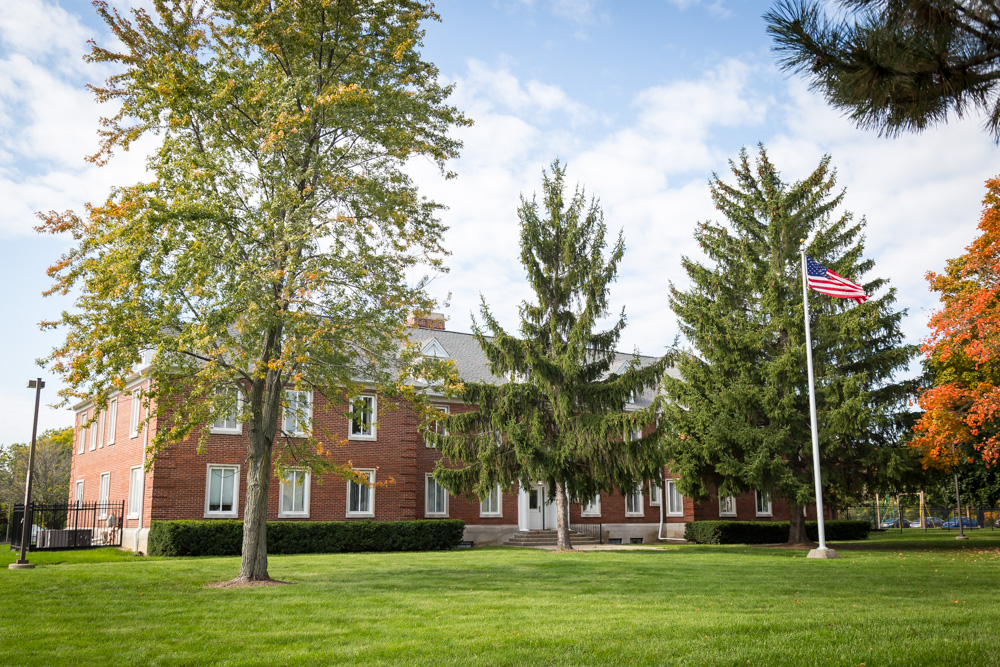 “At the end of the day, it’s important to me and the staff to ask ourselves
what we would do for our own children if they were in need.”
Mindy Prusa, President & CEO

Celebrating its 90th anniversary, Whaley Children’s Center is a venerable facility that has provided many kids with a childhood that they would not have otherwise had. 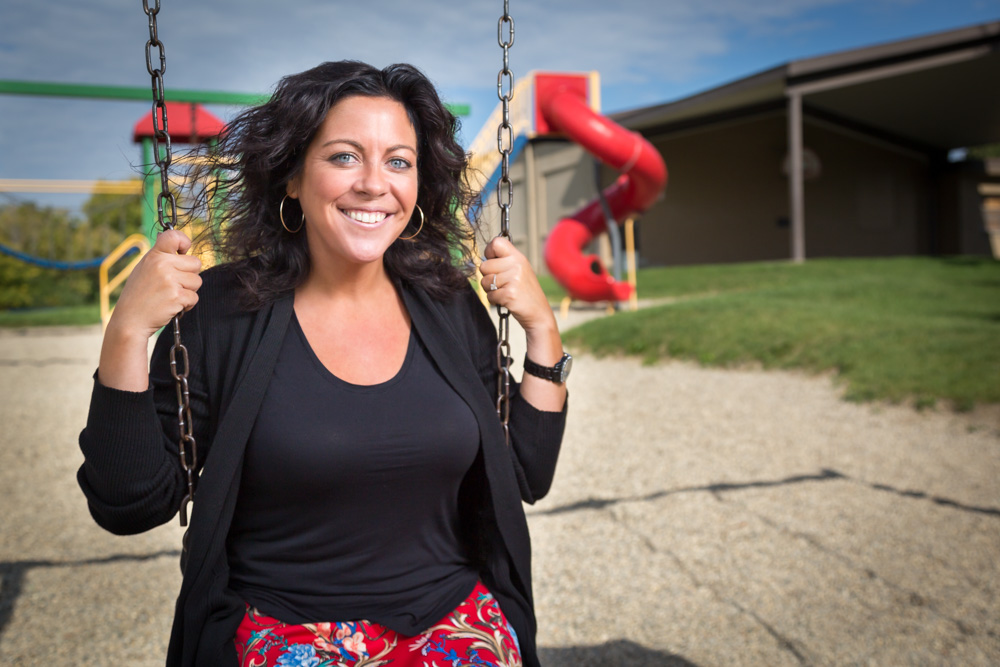 President and CEO of Whaley Children’s Center, Mindy Prusa, admits to being a kid at heart. And one must be when working with – and sometimes raising – about 40 children every day.

With Whaley since December 2015, Prusa has her own philosophy that she has carried throughout her career in foster care and CPS, and to her presidency at Whaley: “If this child at Whaley was your kid, what would you do?” Prusa believes in being an advocate for these children because the people, like their parents – who are supposed to do that without question – have ultimately failed.

The children come from all over Michigan from abusive or neglectful home environments, and can stay at the Center anywhere from a couple of days to a couple of years. And the Whaley staff knows that although these kids are in a home-like environment with people who care about their well-being, pain is still present in the children’s minds. Luckily, the staff receives weeks of training and shadowing to be prepared for when a child might need help.

Prusa’s background has equipped her to lead at Whaley in the best ways possible. She grew up in Genesee County with her parents – her mother was a social worker and her father worked for GM – who brought her up with the mentality of giving as a sixth sense. Prusa remembers Christmases spent delivering hot meals and wrapping toys for other kids. 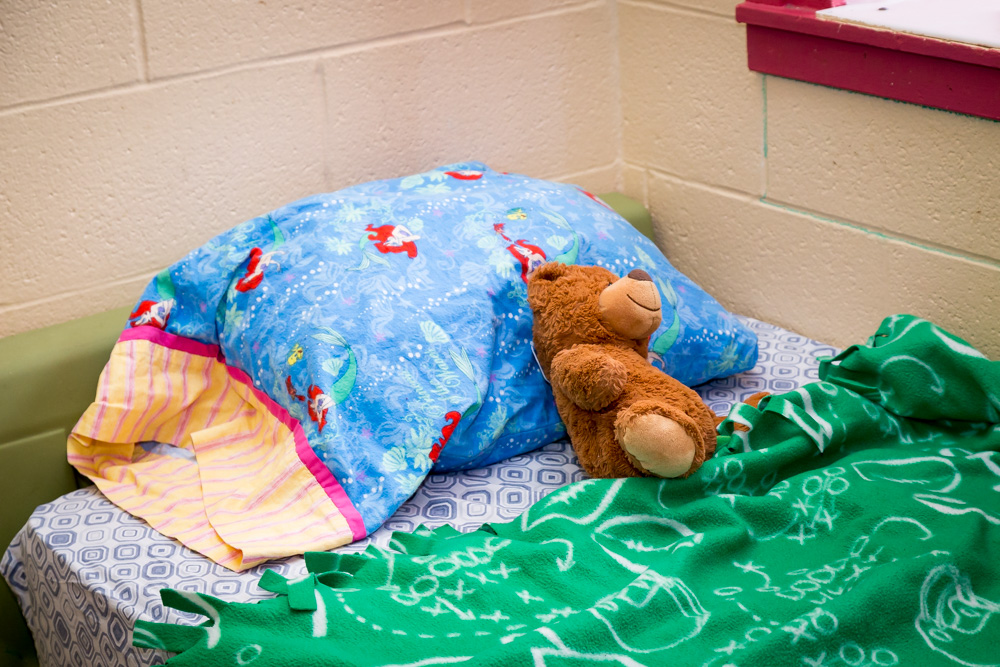 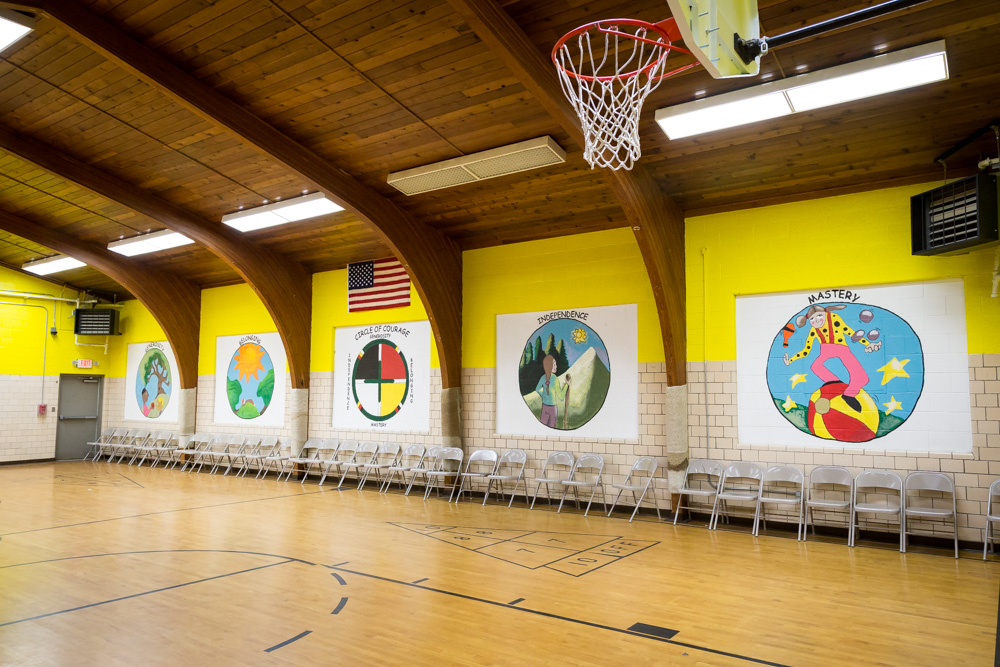 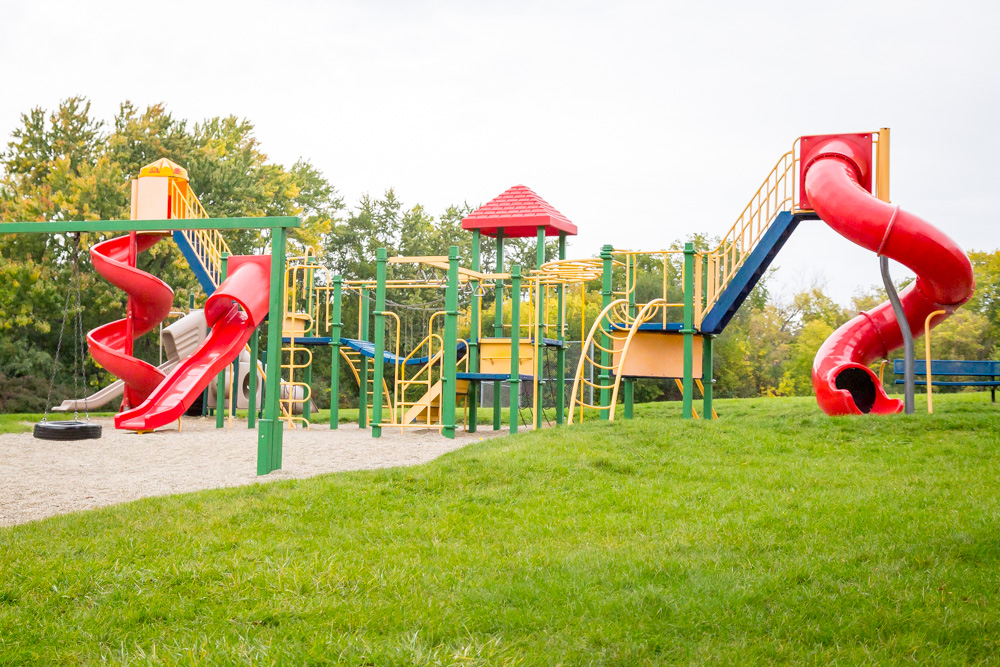 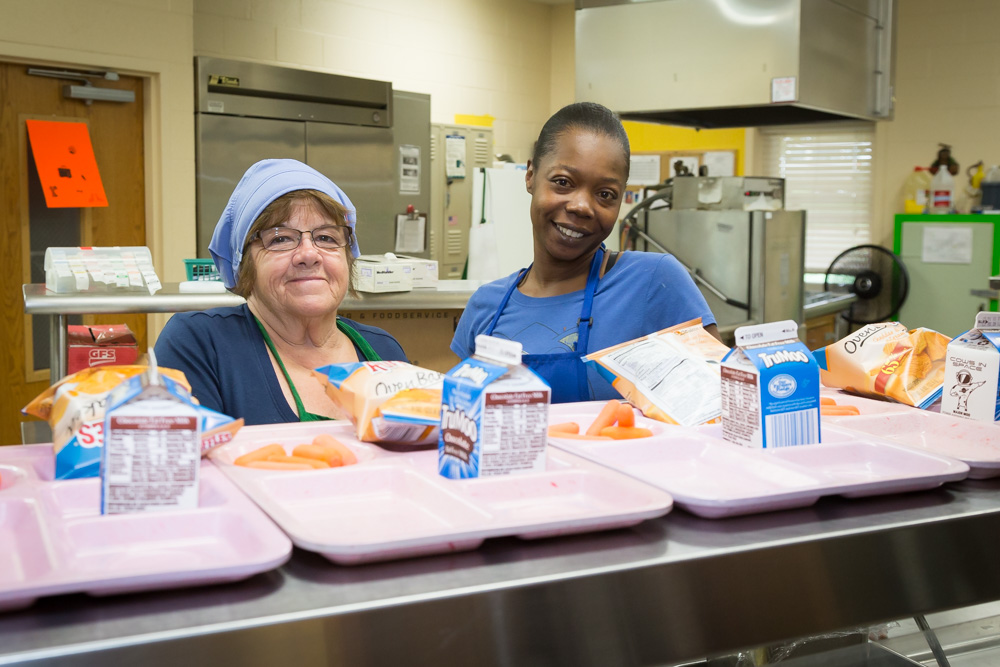 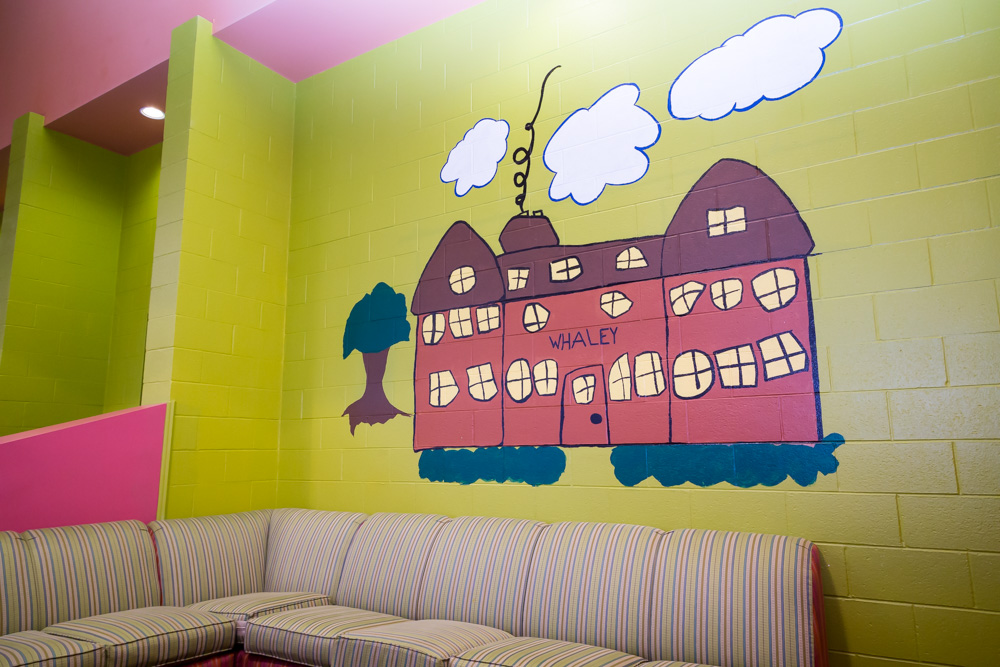 “I learned how to work hard and care about people as soon as I could walk and talk,” she says.

After studying Human Services and Public Administration, Prusa began her career in the non-profit sector and family reunification and preservation to help keep children in their homes with their families before the system gets involved. She has also worked in foster care for the State of Michigan and for Child Protective Services. What led her to Whaley was starting a specialized unit called Maltreatment and Care, which investigated foster homes and residential facilities – Whaley was one of them.

“I have always loved Whaley,” Prusa says. “My family has done personal fundraising for Whaley. I’ve always known what a great place it is, so I jumped at the chance to work here.”

Although a child living at Whaley is not in an ideal situation, all the amenities and perks that any other child would receive are also available to them. It’s important for people to understand that Whaley is their home, and they’re still kids – requiring the same comfort, care, daily routine and time for fun that other kids have.

“At the end of the day, it’s important for me and the staff to ask ourselves what we would do for our own children if they were in need. That means that you fight for them in different ways; you advocate, you push people. You fight for the kids and you don’t give up,” Prusa shares, adding that she loves her husband, son, and new billet for the Flint Firebirds, and would advocate for the Whaley children the same way she’d advocate for them.

At Whaley, the children learn about the Circle of Courage – a Native American philosophy of generosity, independence, belonging and mastery – all of which are at the core of Whaley’s teachings in school and everyday life. They believe in positive rewards, not negative consequences.

“It’s not an easy job; sometimes I have to step outside for a moment,” Prusa says. “And then a kid runs up to me and hugs me, and I go swing with them on the swing set. It’s five minutes of just having fun and it reminds me why I’m here.” 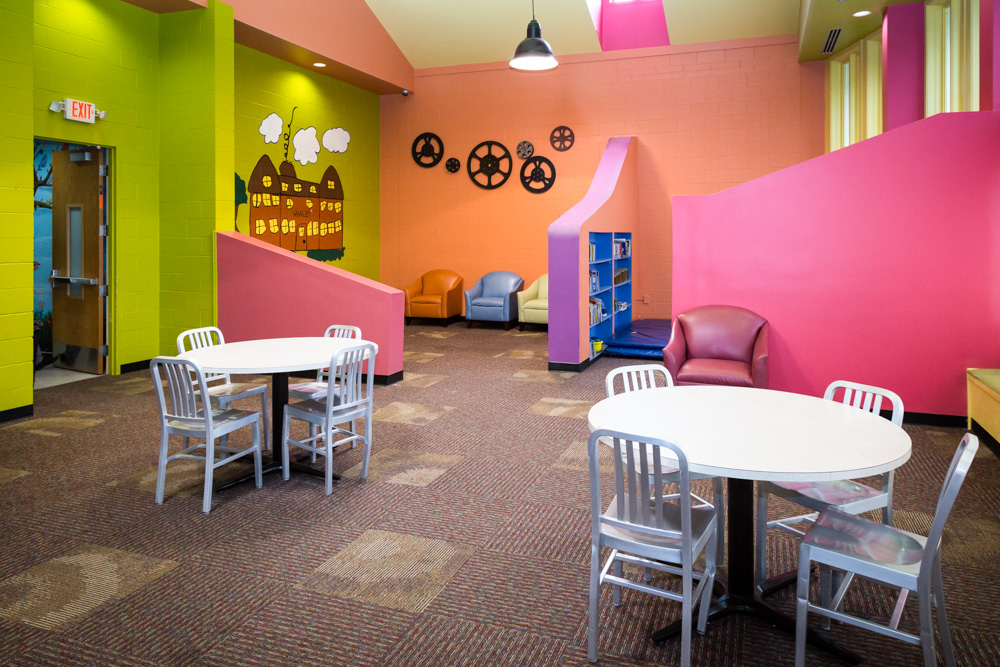 The Hagerman Foundation recently donated $50,000 to Whaley for their medical department – a grant that will help with wages for CNAs and to build a dispensary window that rolls up so children won’t be exposed to medications. Whaley has also received the Ronald McDonald House Charities of Outstate Michigan grant. However, despite these generous gifts, fundraising efforts, and partial support from the State of Michigan, it is still difficult to have everything they need to continue renovating and remodeling the facility. In December, Whaley will host the “World’s Greatest Office Party” – a popular annual event with entertainment and a silent auction to help bridge the gap between state funding and the Center’s operational costs.

To get involved with Whaley on a volunteer basis, you can call and arrange to spend time there playing games with the kids, do an arts & crafts project, or schedule a tour to hear about and see all the wonderful things Whaley is doing. Or, you can visit WhaleyChildren.org, and click on the “Ways to Give” tab.