Some people do it for fun, for the sport of it. Others do it for the food, putting much-needed meat on the table.

For Jeff and Tracy Bundy of Fenton Township, hunting is a family affair. They not only join the nearly 700,000 hunters who migrate “up north” and throughout the state during firearm deer hunting season (November 15-30), they also hunt and fish for interesting prey around the entire country all year long.

Jeff is a popular family dentist with a practice, Today’s Dental Comfort, in Burton. A former dental hygienist, Tracy retired when their children were born. Married for 23 years, the couple is often joined on their hunting escapades by their young adult sons, Spencer and Parker.

“Hunting is not only about providing for the family or for the trophy, most importantly, it’s also about spending time together,” said Tracy. “We do have a rule that nothing can be killed ‘just because’ – it has to be eaten.”

Jeff has had a love for hunting and fishing his entire life. He was introduced to it by his father, Doug, a Canadian resident and avid hunter. When Jeff met Tracy, he got her father, the late Jerry Cattaneo (former Fenton Police Chief) into it, as well.

“Go figure: my birthday is November 15 (opening day of deer season), but Jeff is always around for an evening celebration dinner,” Tracy said. 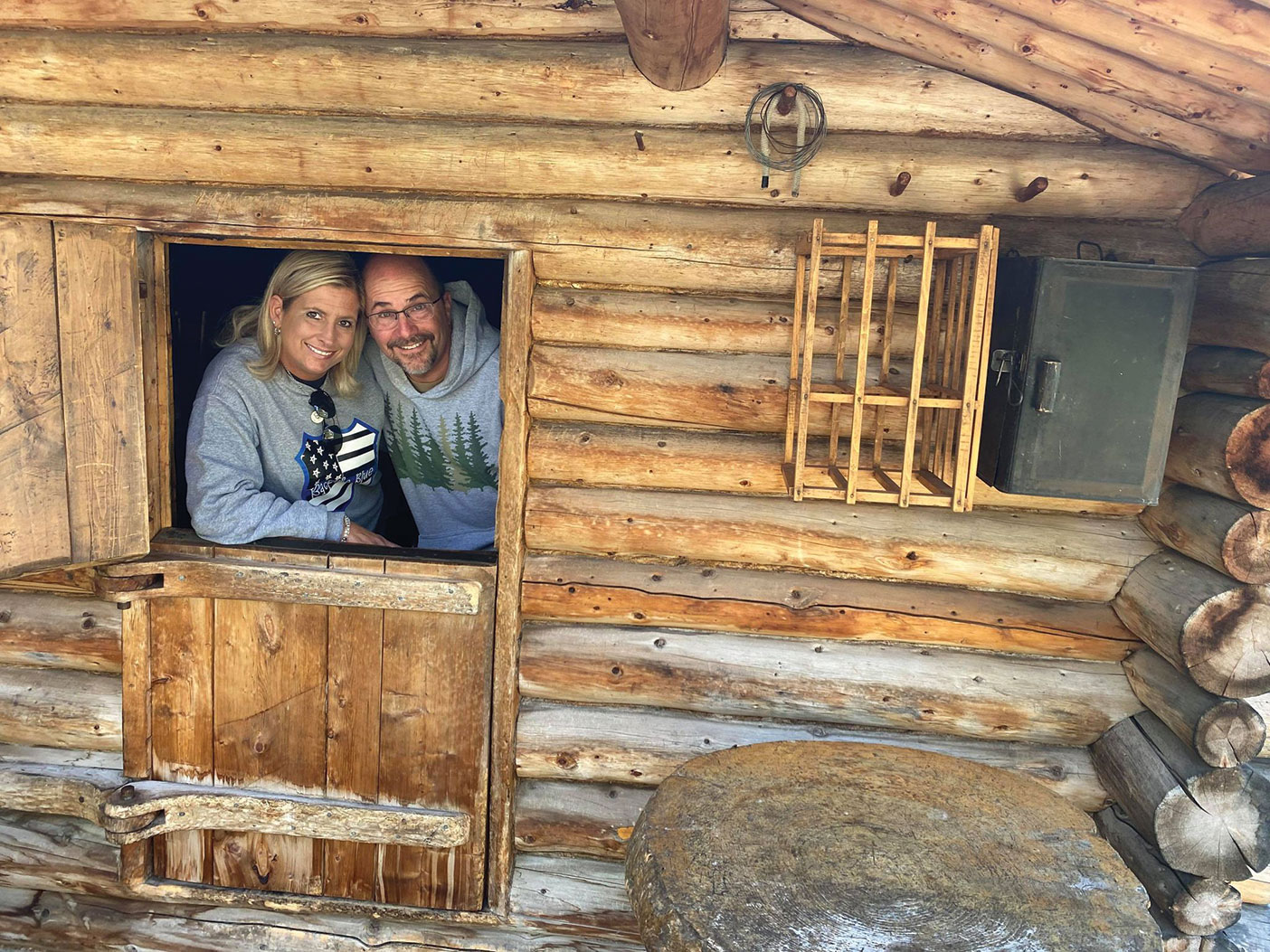 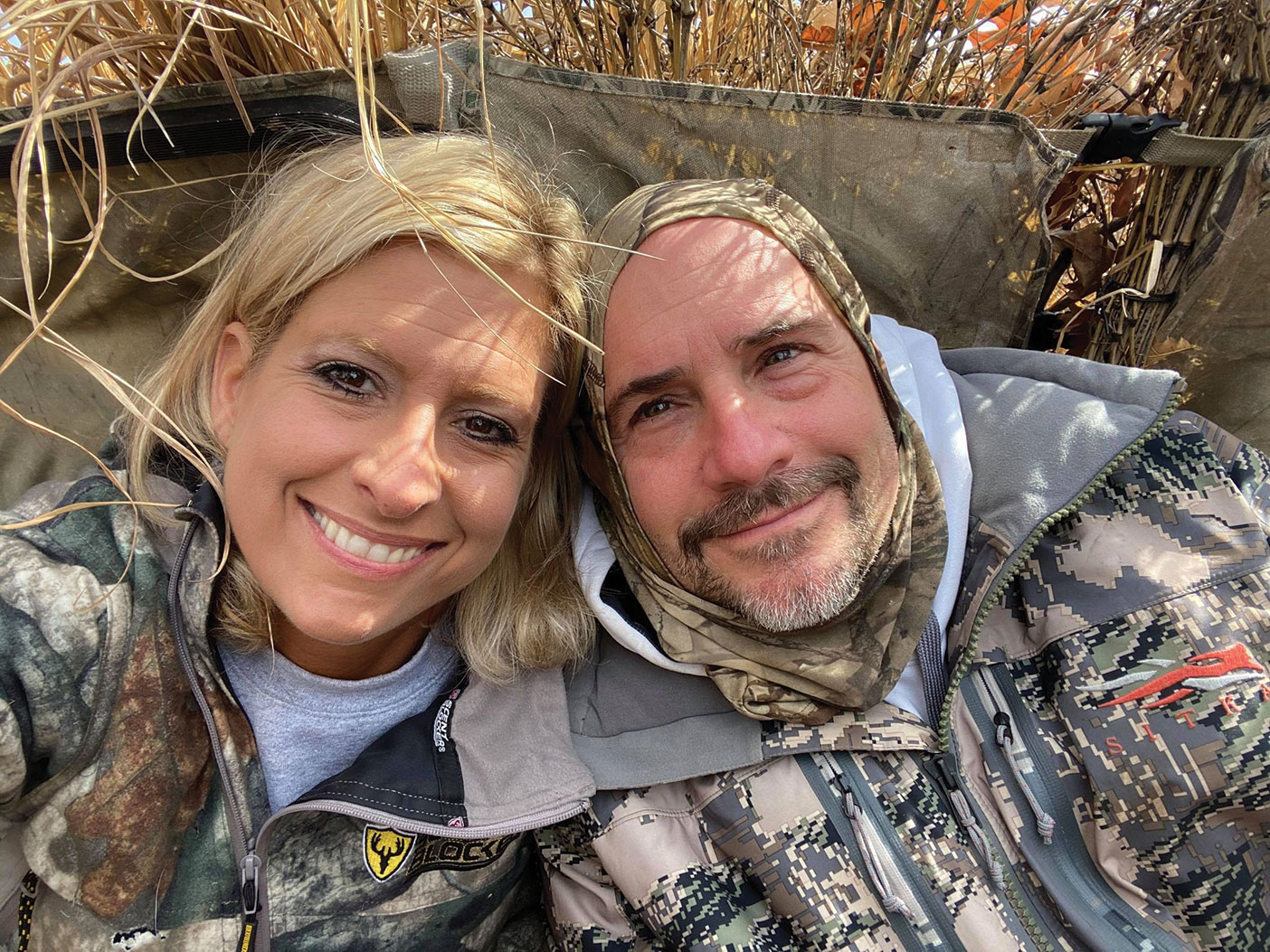 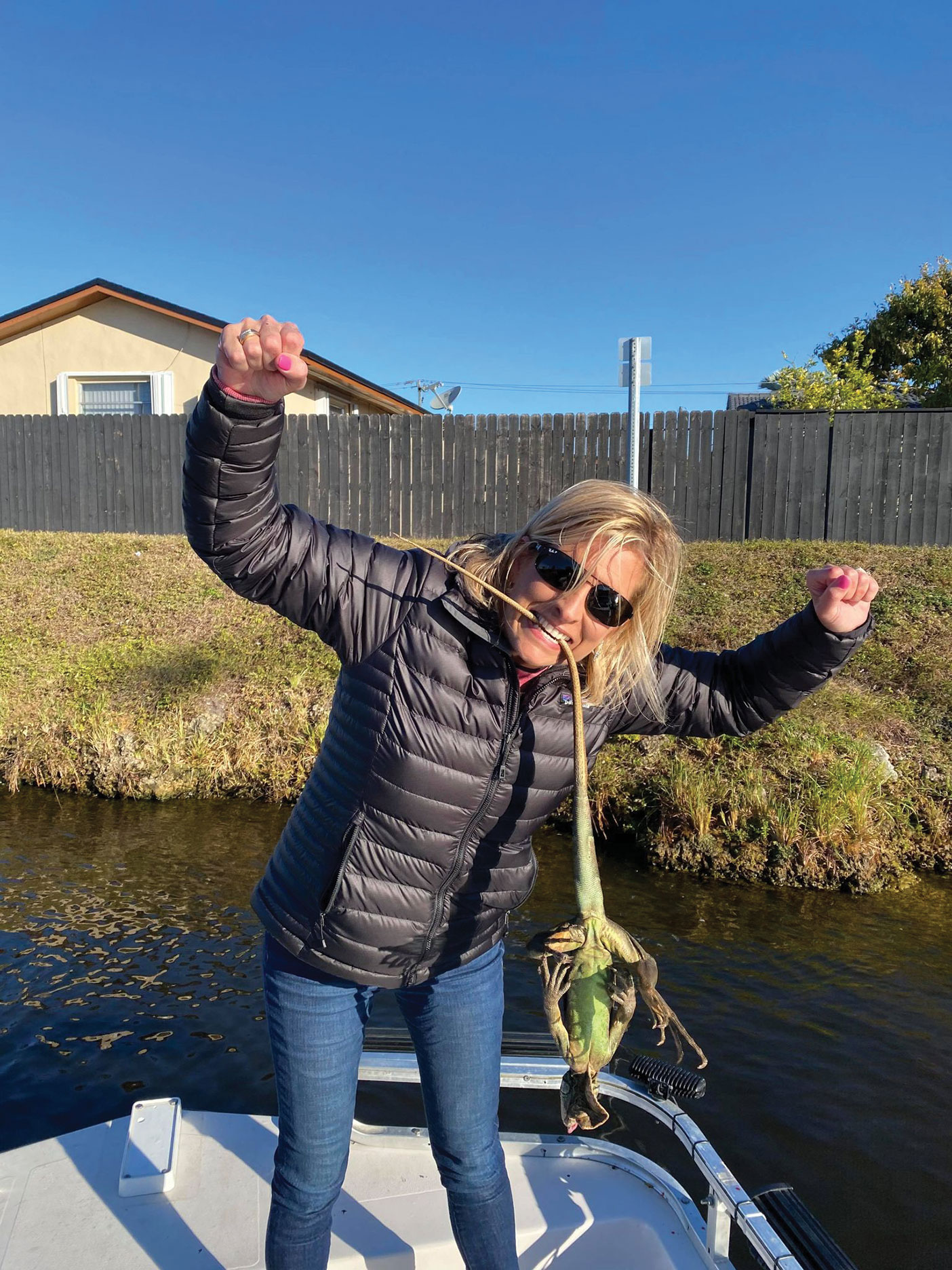 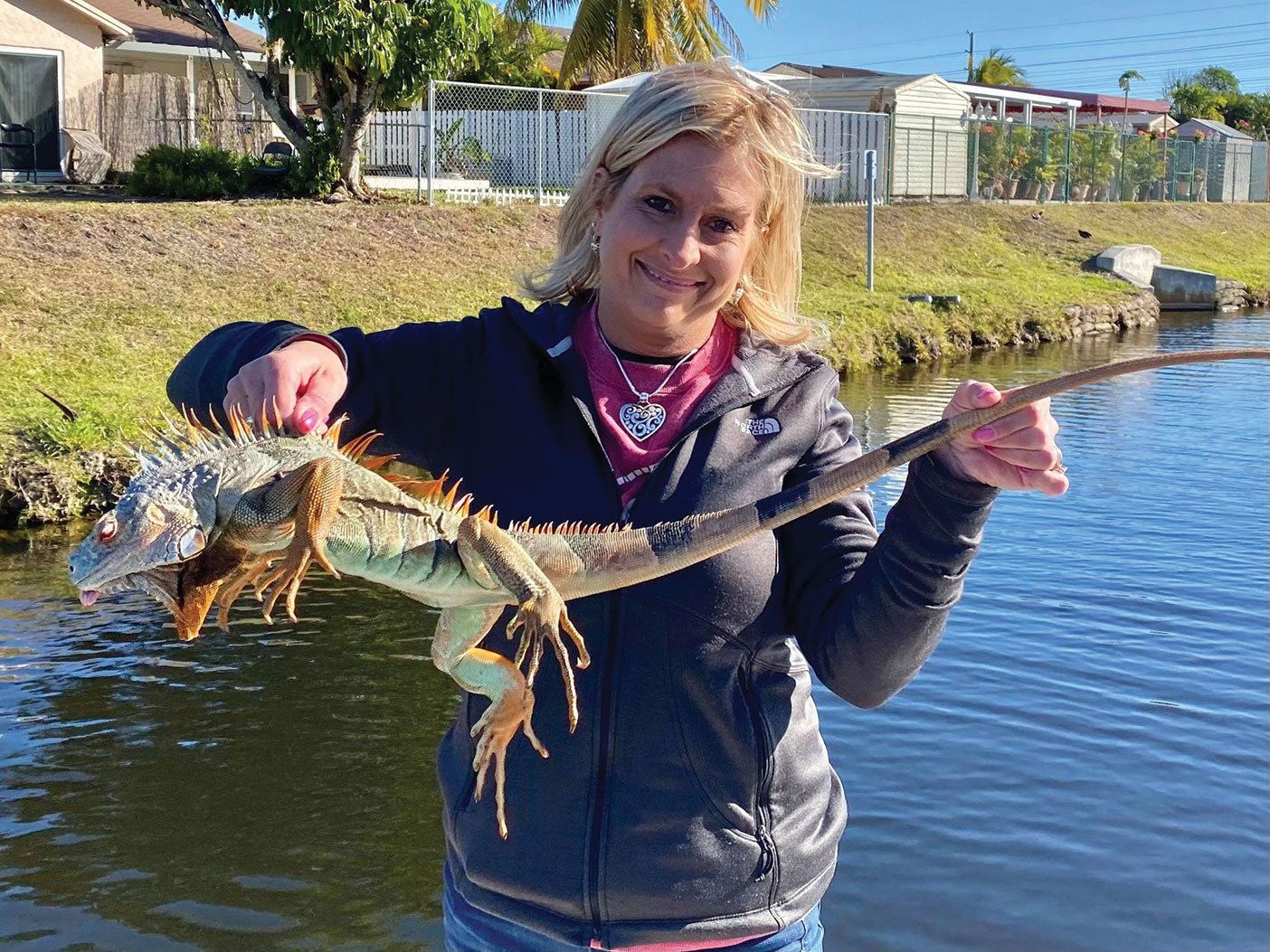 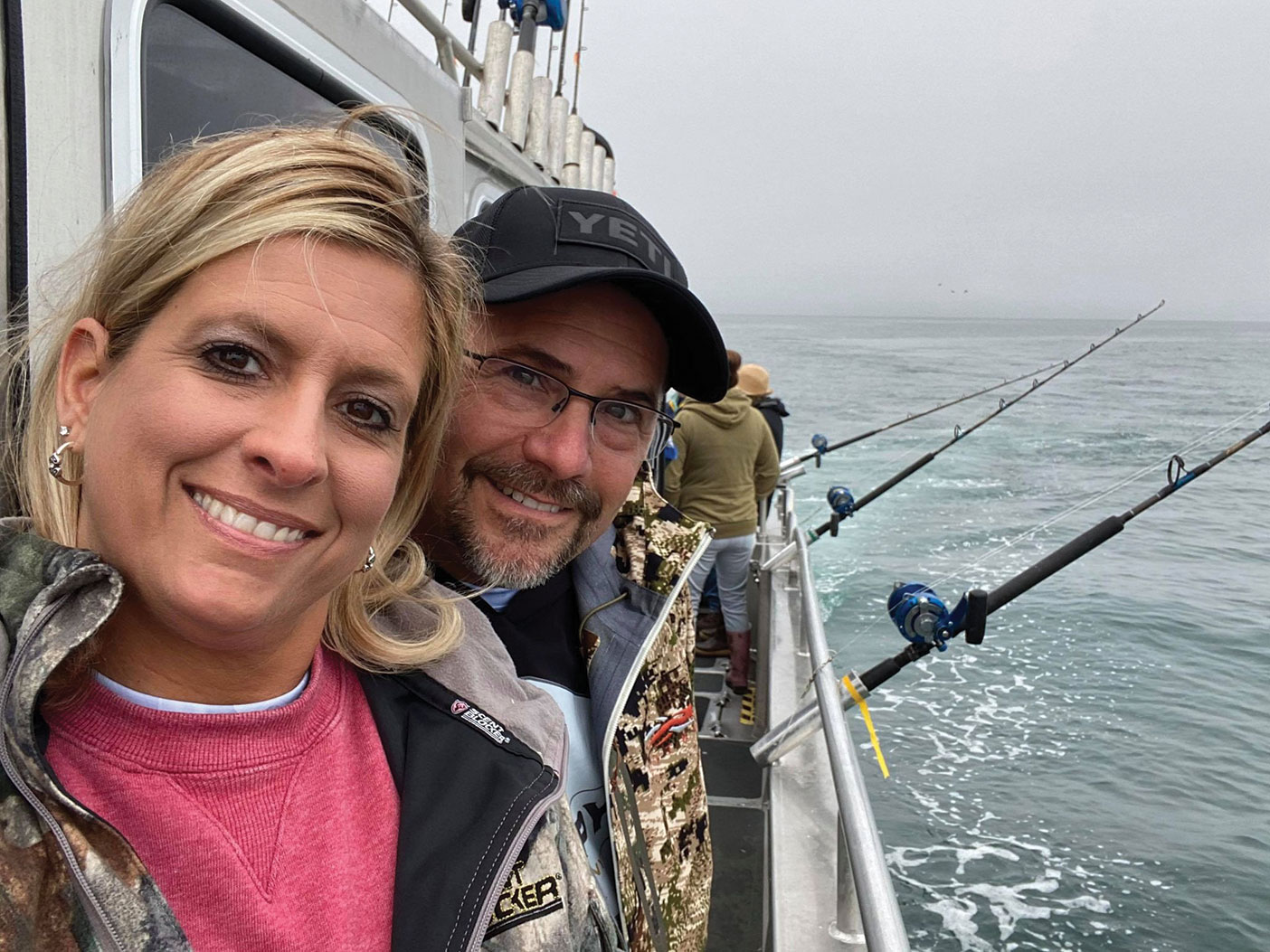 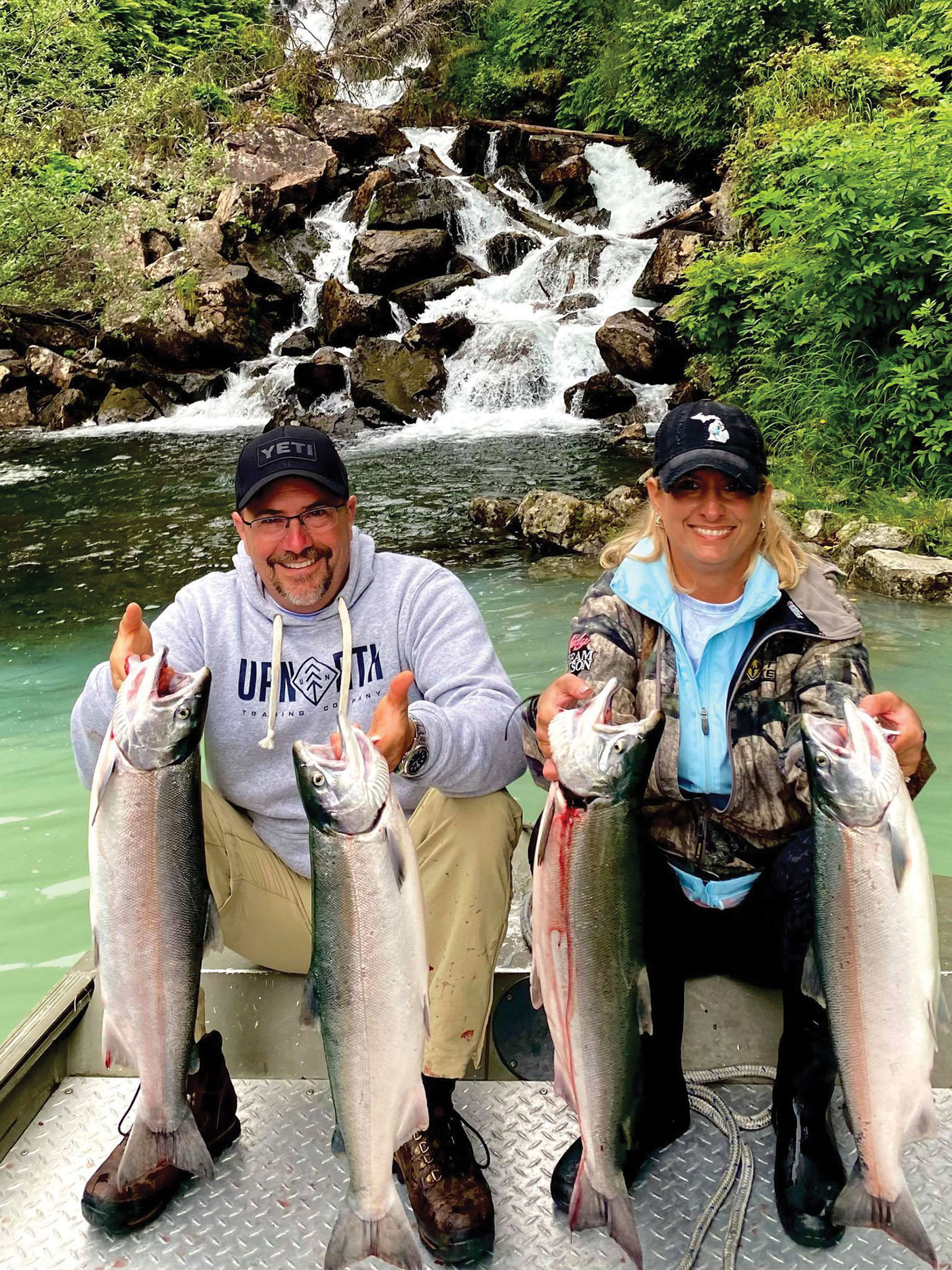 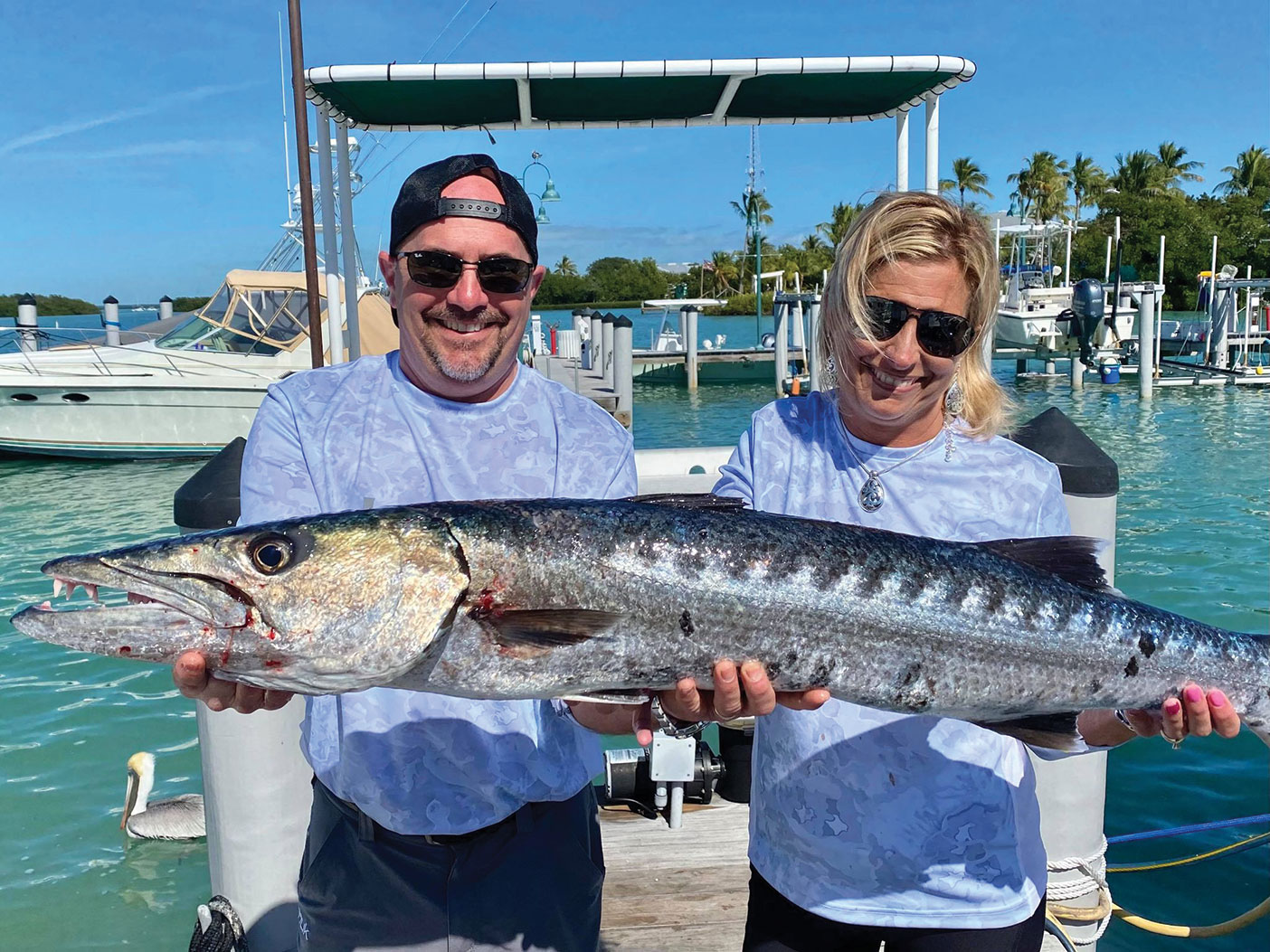 Tracy has always loved fishing. When the couple’s fathers started hunting together, Tracy spent more time with her mom. After her mom’s passing in 2008, she decided to join the guys in their hunting adventures, and it has become a love of hers, as well.

Jeff has always had a long “bucket list” of hunts and fishing excursions. Since 2007, the family has enjoyed an annual snow goose hunt in Mound City, MO. In January of this year, on a trip to the Florida Keys, Jeff and Tracy drove to Miami for a blow-gun iguana hunt. “It was the craziest hunt ever,” she said. “In a tiny fishing boat, we drove up and down a river, blowing dart guns at iguanas and then reeled them in like fish. You only eat the legs and yes, as the saying goes, they taste like chicken. Hence the name ‘chicken of the tree.’”

The couple also went on a deep-sea fishing trip when they caught several fish including snapper, grouper and amberjack. “Jeff even caught a barracuda,” Tracy said. “He was a tad bit excited!”

In March, the Bundys did their annual snow goose hunt. “That one also is crazy!” said Tracy. “You lay out in a field in a coffin blind. When the birds come in and the guide yells, ‘shoot!’ you sit up, the coffin doors open and you shoot.”

In August, the couple took an “amazing trip to Alaska.” They booked three different fishing excursions and were successful on all of them.

“We caught so many halibut on one trip, we came home with 40 pounds of meat,” Tracy said. “On another trip, we flew in on a floatplane to fish offshore and Jeff completed two items on his bucket list. One was catching a grayling. I’ve never seen him so happy. That trip was all catch and release.”

On the second trip, they took a floatplane to see the cabin from the TV show, “Alone in the Wilderness.” 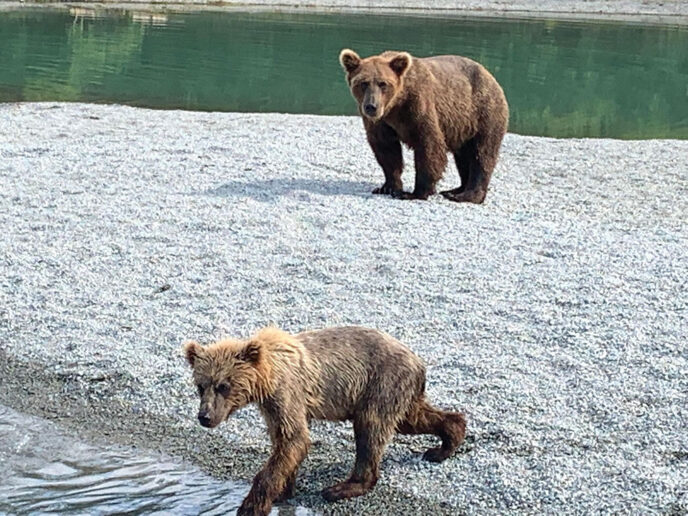 “On our third trip, we took a floatplane to a remote area, got on a jon boat and fished among the grizzly bears for the day,” Tracy said. “Yes, grizzly bears – we were within five feet of them!”

In the past, the entire Bundy family went on a wild goat hunt on the big island of Hawaii.

“During the hunt, the guide told us to be on the lookout for unexploded ordinances,” said Tracy. “And five minutes later, we found some. This hunt was for the boys. They each got a goat, and we were very happy watching their excitement.”

Unexploded ordinances are war bombs left over from Pearl Harbor. The fuses had burned out, but they did not explode and still had a low risk of explosion if handled properly.

Jeff and Tracy also went on a helicopter hog hunt in Commerce, TX, where hogs are very prevalent. ‘We would have one foot on the ski, and one inside the helicopter,” Tracy explained. “The pilot would swoop down, and we would shoot.” 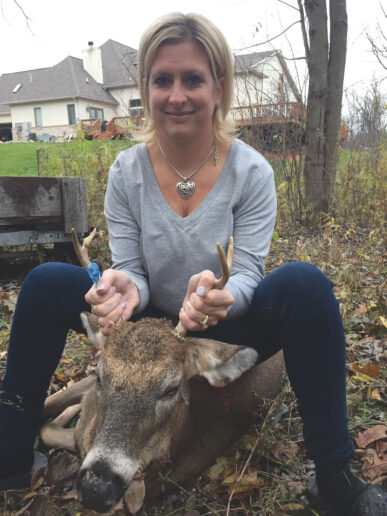 Like many hunters, the Bundys have their own traditions. If possible, whether it’s a snow goose, iguana, or both, Tracy will snap a picture with the animal in her mouth.

“We hunt every year on our property,” she adds. “Most of the time, we’re successful, and sometimes not – I just got my first buck two years ago. We also go up north to hunt woodcock and partridge in our ‘secret hunting spot.’ No hunter tells the truth when it comes to location.”

Tracy says whether her husband realizes it or not, she is booking an Alaska trip again next year and another iguana hunt. “My favorite parts of life are my adventures with Jeff,” she shared.