About four years ago, Sheila Crider had an experience that changed her life forever. More than anything, she disliked driving on snow-covered or icy roads. But she saw nothing threatening about the weather on a cold, winter day in January when she left her Fenton home to go to a Bible study. “I was driving on U.S. 23 and hit a patch of black ice,” she recalls, and after losing control of the vehicle, she crashed head-on into a tree. Her injuries included major damage to her pelvis and sacrum. “The doctors at Beaumont Hospital put me back together,” Sheila remembers, with tears in her eyes. She had always been active and strong, but nothing could have prepared her for the physical pain she endured. “I was a runner and a weightlifter. It was extremely humbling to have to use a walker.”

For Sheila, healing took months – and a lot of physical therapy. Her husband, Doug, took care of everything for her through the long process. Her friends brought them dinners and she received stacks of cards from co-workers and church friends who all wanted to help her recover. But she was having a very difficult time regaining her physical health. 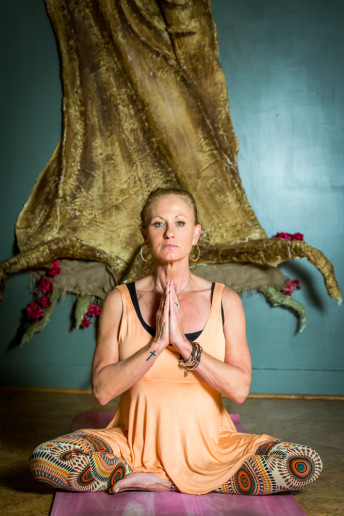 She finally found something that helped her reclaim her strength – yoga – suggested by her son, Blake, who had come home to help her out. Her other sons, Brock and Coleman, lived in California at the time. At Blake’s suggestion, she purchased a yoga video and loved it. Gradually, she started to bend her body and move a little easier. “I began to feel a physical change,” she remembers. “Yoga made my body stronger. It is a spiritual practice and it got me in my soul. I knew it was a very powerful thing.”

Soon, her health made a complete turnaround. Sheila shared that before the accident, she didn’t know how to walk in peace, joy and contentment. She became focused on the words, “All things work together for good, for those who love the Lord.” These powerful words changed her mentally, while yoga helped her physically. “Everything changed,” she says. “God put this experience in my life for a reason. Every aspect of the accident was a learning opportunity and I had no bitter feelings or anger toward God.” 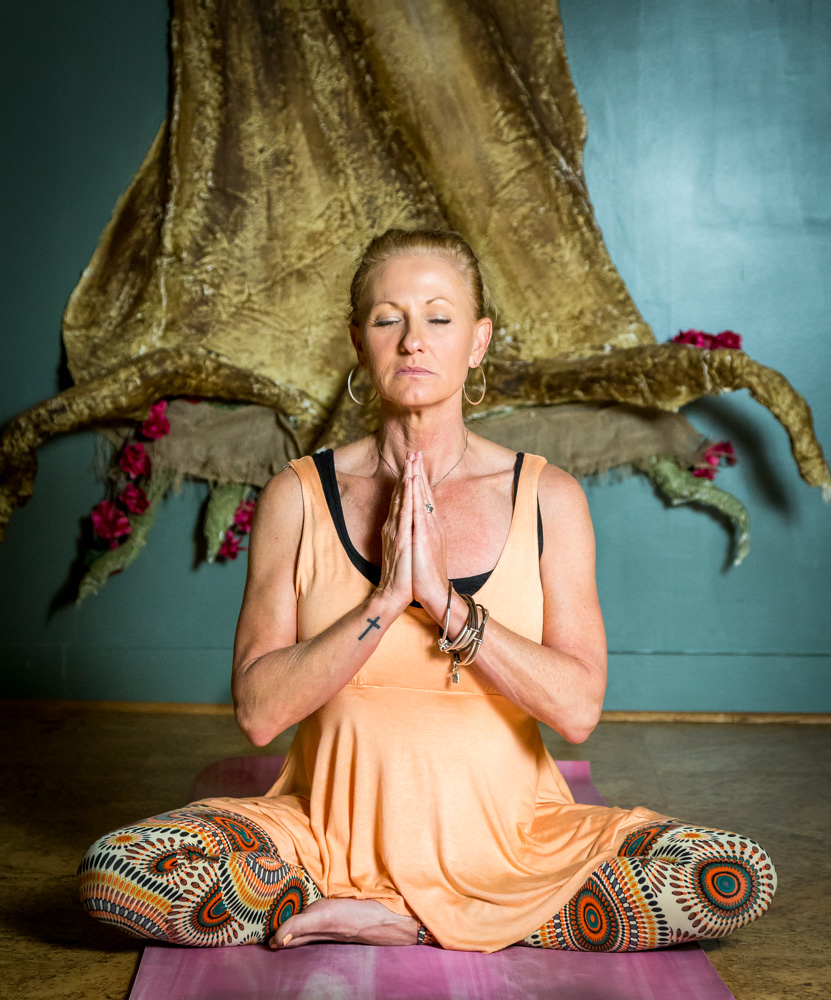 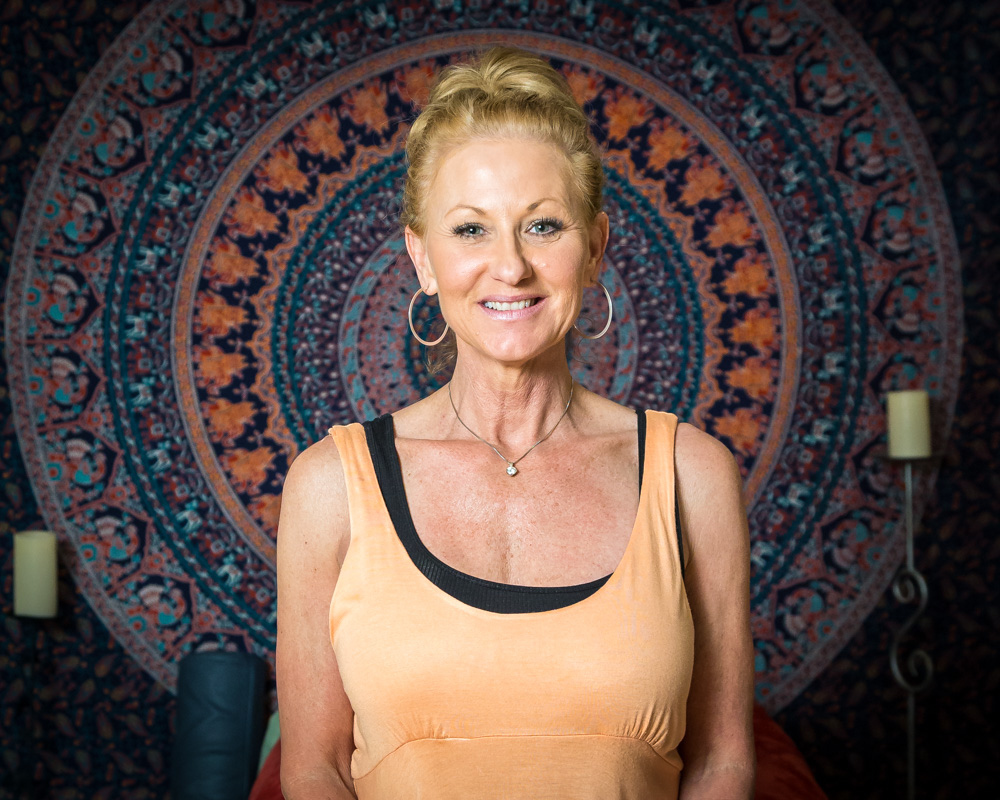 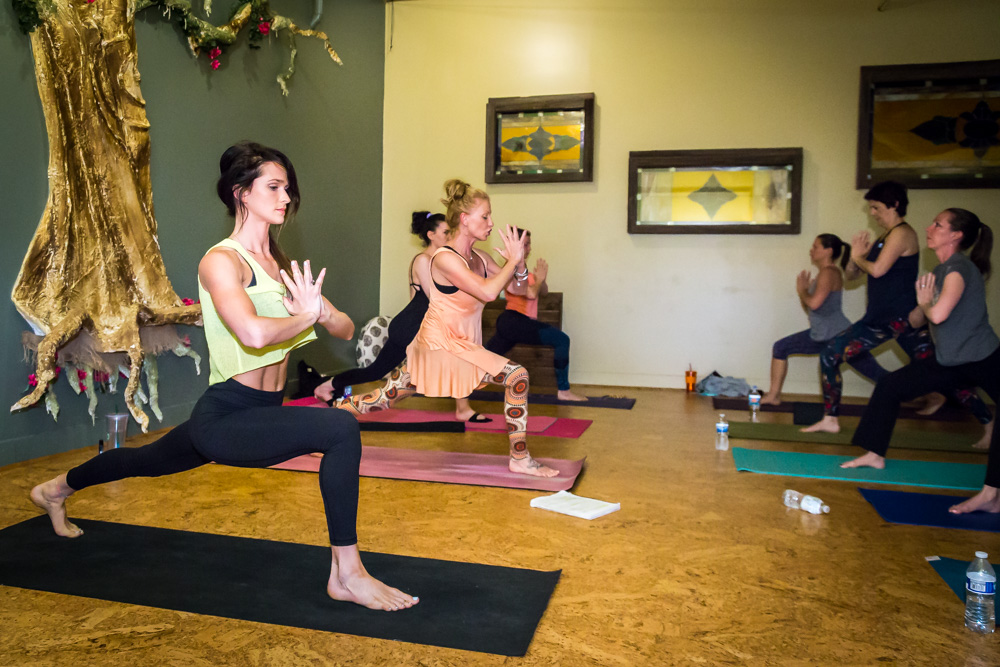 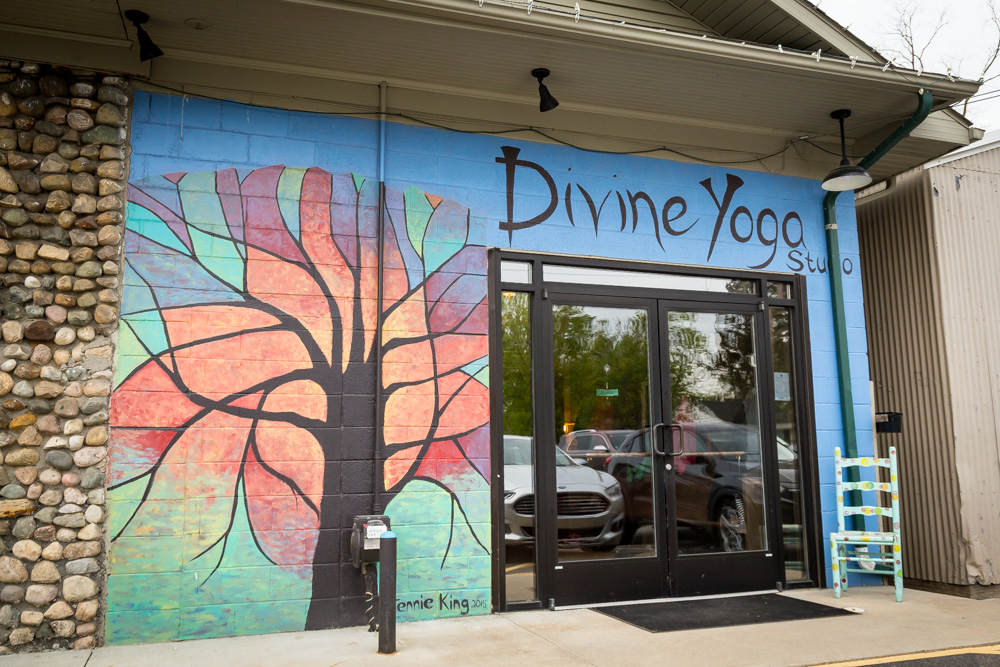 This life-changing experience lead the strong woman in a new direction. Sheila was a nail technician for years, had her own salon when the family lived in Arizona, and she enjoyed her vocation very much. She discovered that people didn’t come to see her to just have their nails done. “They came to talk,” she remembers. “We all need interaction.” She had always been a Christian with strong faith, but through the practice of yoga, Sheila discovered a connection with herself and with God. “Yoga brought me to Christ,” she says. “We get connected with our breath, our hearts open up, and we can listen to the Lord.”

It was at this point that Sheila decided to become a yoga instructor. She gave up her nail business and prayed for God to let her know she was doing the right thing. She went to yoga school for six months, initially started teaching at a gym in Fenton and then moved the classes to Vision in Motion Dance Studio. “I didn’t know anything at first,” she admits. “I taught from the heart and learned along with my students.” But what she really wanted to do was open her own studio.

Her dream became a reality in October 2015 when she opened Divine Yoga Studio in Fenton. She felt a calling to teach yoga in partnership with God, intermingling scripture from the Bible throughout her classes. “I feel I was guided to teach this way; it’s my ministry,” Sheila shares. “Everything I say in the yoga room is a suggestion. Every class has a subject, a life lesson. We connect everything we teach with scripture.” 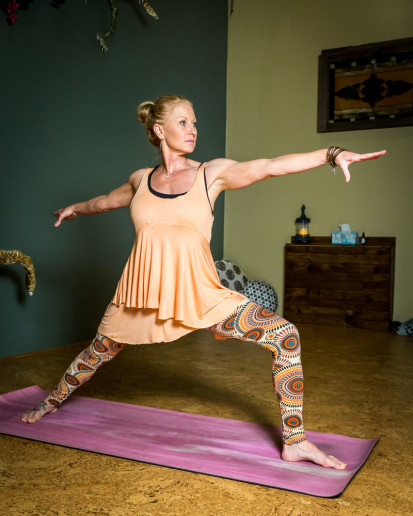 At Divine Yoga, no membership is required and payment for classes is donation-based. “I knew that I didn’t want to charge people for classes,” Sheila says. “Yoga can be very expensive, but it was life-changing for me and I wanted everyone to be able to experience it. It’s not just for rich people.” So far, the donations have been pouring in. “People have donated and are still donating – enough to keep the lights on. We have no debt,” she smiles.

Sheila gives back to the community by teaching yoga to young people who attend inner city Flint schools, which has been very successful. She tells the kids to listen to their breath and let go of any angry feelings they may have. She surprised some pre-schoolers by giving each of them their own yoga mat. There is also a free teen class at Divine Yoga, which she started to help kids after a Fenton teen lost her life on the railroad tracks. Her studio business has continued to grow. The staff includes a massage therapist and several instructors: Ginger, Chelsea, Laura, Lou, Erica, Kathy, Sherry and Dorothy, who all teach faith-based yoga.

Despite what it took to get where she is today, Sheila – the Yoga Preacher, as she is often called – believes she is exactly where she is supposed to be and is doing exactly what she’s supposed to do. “I feel that God placed me in the best community it the world,” she says. “Love thy neighbor. That’s what this place is all about.”
Photography by Eric Dutro