Tom Sumner, voted Flint’s Favorite Radio Talk Show Host in MCM’s 2017 City’s Choice Awards, has been producer and host of The Tom Sumner Program for ten years. What began on the Kettering University Campus as the show “Off the Kuf,” has been broadcasting live every weekday from 9am-noon from its studio through Flint Podcasting Company for the past year. The Tom Sumner Show can be heard on 92.1 FM and streaming live on their website at tomsumnerprogram.com. 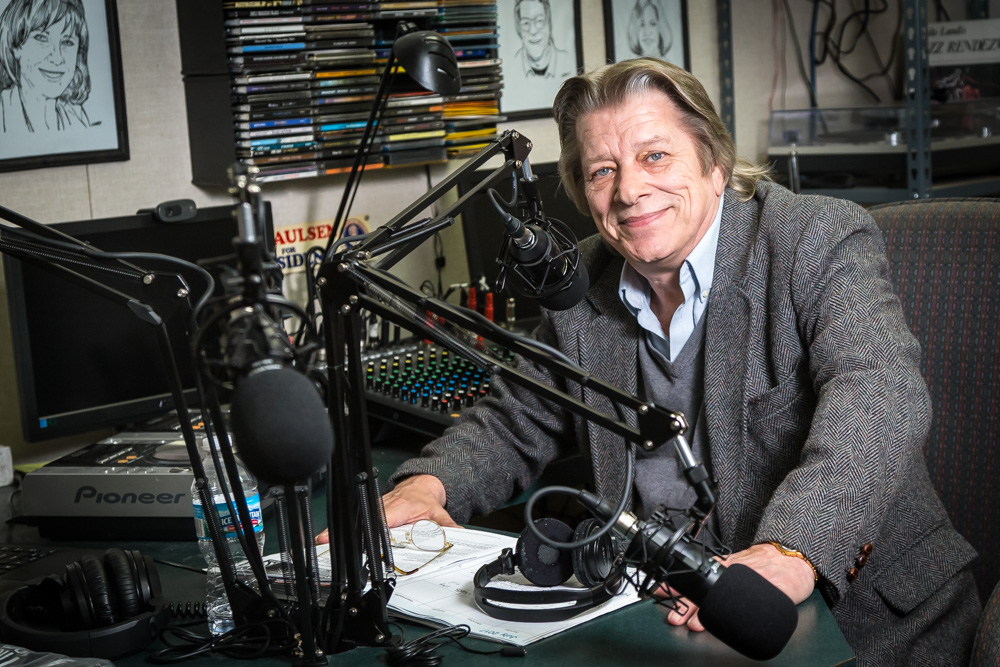 A Flint resident all his life, Sumner attended Mott Community College until he went on the road as a musician. He has a rich history of Downtown involvement as former Executive Director for the Center City Association of Greater Flint, and 12 years as Developmental Director and Executive Director at Flint Children’s Museum. His experience as a touring musician, along with his administrative roles in Flint, culminated in The Tom Sumner Program.

In the mid-to-late 60s, Sumner began playing drums and has played ever since – now with a band called Whisky Brothers with Leroy June and Don “Harley” Davidson. “Things were very different back then,” he says. “In the early 70s and 80s, there were places where you could set up for a couple of weeks, and then move on to the next town and make a living at it.”

Even through his years as a touring musician, “I never really left Flint,” he says. “I was like an ex-pat, only I would leave for three months and then come back for a month – and when I came back, I always had to have a Halo Burger and an Angelo’s Coney. Those things were ‘must do right away’ to reacclimate myself to Flint. They were things that I missed when I was on the road.”

Sumner says that being a musician has helped with his radio show in a couple of different ways. First, because some of the topics addressed include music, culture and human interest, and second, his music industry connections have helped him steadily book guests to interview. “When I was on the road playing full-time, I was lucky to play with people who had varying degrees of pretty good success, so I’ve been able to build on that and invite some of them to be on my show.” He says it adds credibility to the Flint radio program. “When you ask someone to come on and they think, ‘it’s a little Podunk radio show in Flint – but oh, wow! Carl Reiner was on yesterday!’ – they’re more apt to say yes.”

Sumner says that everything he’s ever done influences what he’s doing now. “There are some correlations between doing a radio show every day and being a musician – a ‘show must go on’ kind of ethic. There is a similarity between being an executive director or working in public relations or marketing. I learned fundraising, budgeting and PR skills that help me to interview people every day.” 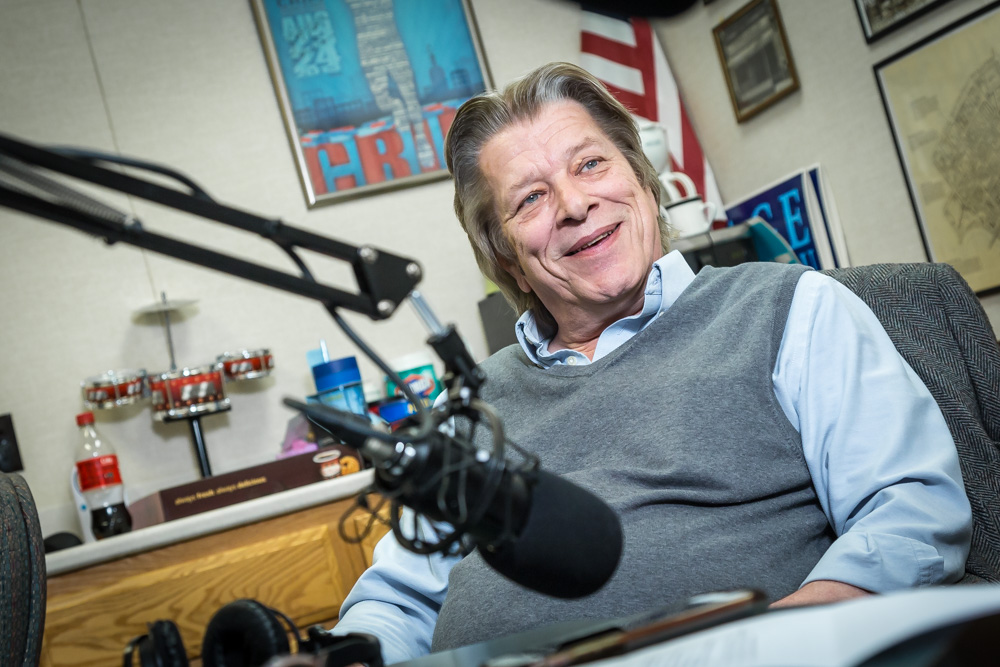 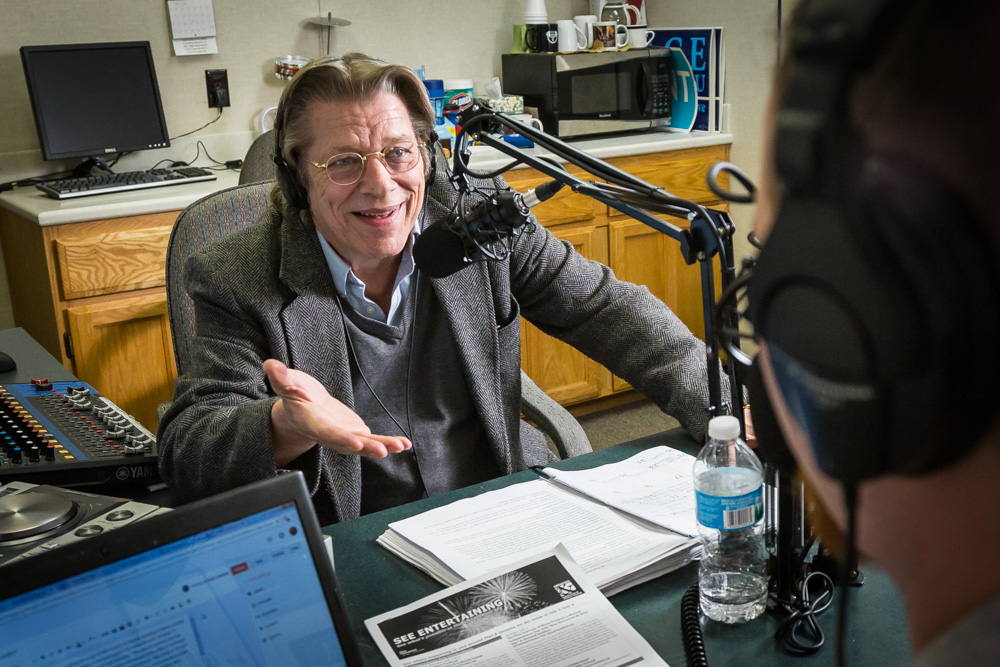 When he first started his show, Sumner wanted to do an old fashioned variety format – like Ed Sullivan, but for radio. “But, people would say to me, ‘you are where I get my politics’ and it became a bigger part of the show than I ever intended,” he recalls. One year, there was an election coming up and a lot of seats were open, so Sumner made it his goal to interview everyone on the ballot. He proceeded to interview candidates, as well as representatives of ballot initiatives. After the election, he received what he calls “the best compliment I ever had” when a listener told him, “for the first time in my adult life, I walked into a voting booth and knew every name on the ballot from listening to your show.” That was when Sumner decided to continue his in-depth political coverage, especially of local issues.

For example, on the Fourth of July, rather than take a day off, he planned a show around the Flint Charter review on the August ballot. He printed copies of the complete, 83-page, “Proposed 2017 Flint City Charter” for himself and a panel to review. The panel included two commission members and two pundits from “Arm Chair Politics,” a weekly political feature on Tom’s show. Programs like this are created in order to educate the public about what is going on in their community. While a citizen might not want to sit down and read through the entire review themselves, the show offered a place to gather that information and hear opinions on it, as well. 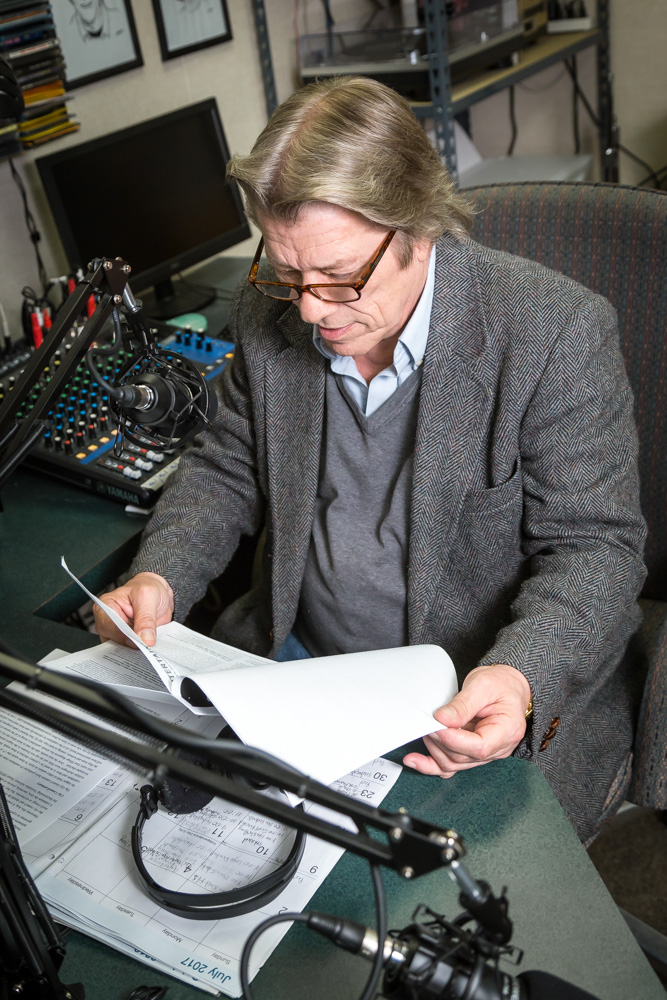 “Arm Chair Politics” is a two-hour, roundtable discussion of local state and national politics, focusing on current headlines. Sumner organizes the show with someone from both the Right and the Left, and a rotating third chair. Former Flint Mayor Woodrow Stanley, Former Mayor Dayne Walling, and East Village Magazine Editor, Jan Worth Nelson, are regular contributors to the discussion. Pundits share their opinions, analysis and interpretation of the topics covered by local news, while Sumner serves as moderator, “unless I cannot help but say something,” he smiles.

The Tom Sumner Program is about the guests. “I try to get every point of view and let the listeners decide who made the better case,” he says. “Not that it’s a debate; it’s just the sharing of knowledge in a civilized way.” He asserts that, “nobody ever did primary candidate forums before I started doing them ten years ago – that’s a new thing – but I feel good about it, because that’s what should happen. You need to meet these people, you need to pay attention and you have to do it in the primary, because if you don’t know what’s going on at that point, that’s how you get stuck with the lesser of two evils.”

Sumner believes that his talk radio show should not be about his own opinions, but about bringing the topics that matter to the community in a format he finds most effective. He’s proud to say, “I think we’ve had an influence on the way local media covers politics and the way the community addresses political issues.”

For more information, or to get involved, tune in to The Tom Sumner Program on 92.1 FM,
or visit tomsumnerprogram.com.