The Flint Rock and Gem Club has a mission to promote and encourage the understanding of Earth Sciences, Lapidary Arts and their related fields, and to share information with club members, educational institutions and the general public, according to Diana Dady, Club Historian, Secretary and Editor. Organized in 1956, it was incorporated in 1962, then became a nonprofit in 1980. “We teach people how to turn rocks into jewelry,” says Dady. The club is a proud member of Midwest Federation of Mineralogical & Geological Societies.

Located in Clio, the Rock and Gem Club has monthly meetings, which include a club member presentation, Dady explains. Most recently, Gerald Horn demonstrated how to use a ring saw, which cuts stained glass and rocks. “He brought in slabs of Petoskey Stones and showed us how to cut it into the shape of the Michigan mitten,” she shared.

On Mondays, the club holds a Cabochon Class. A cabochon is a rock that has been cut into slabs. Stencils are used to draw a shape on the rock, then the rock is ground down and polished, Dady explains. “Once it is polished, the stone can be put into a jewelry setting or even on a belt.” Lapidary is the term for the art of polishing gems and also the term for the person who does the polishing. 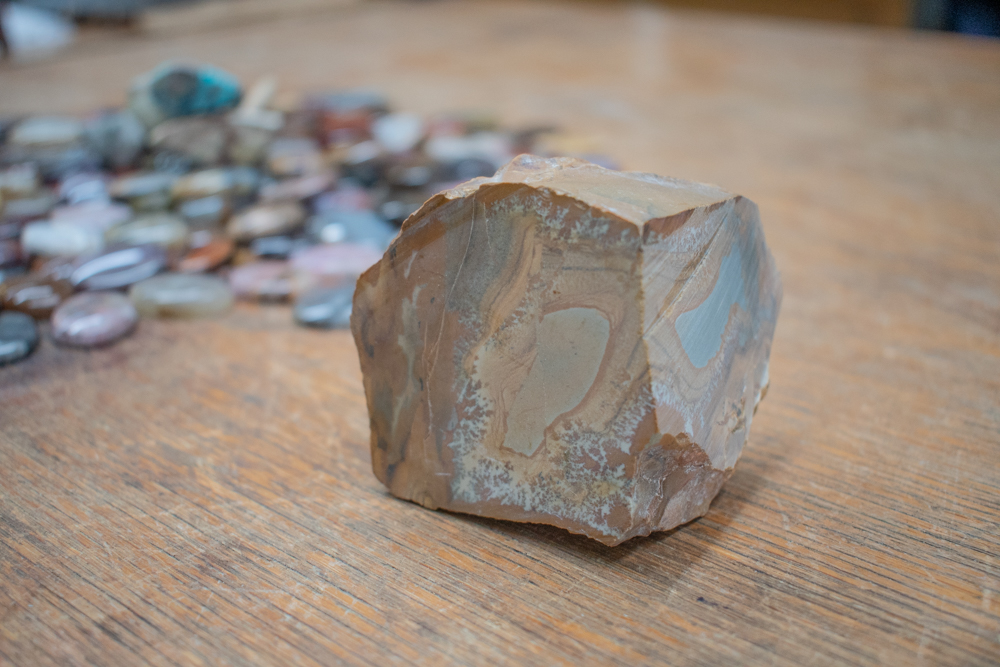 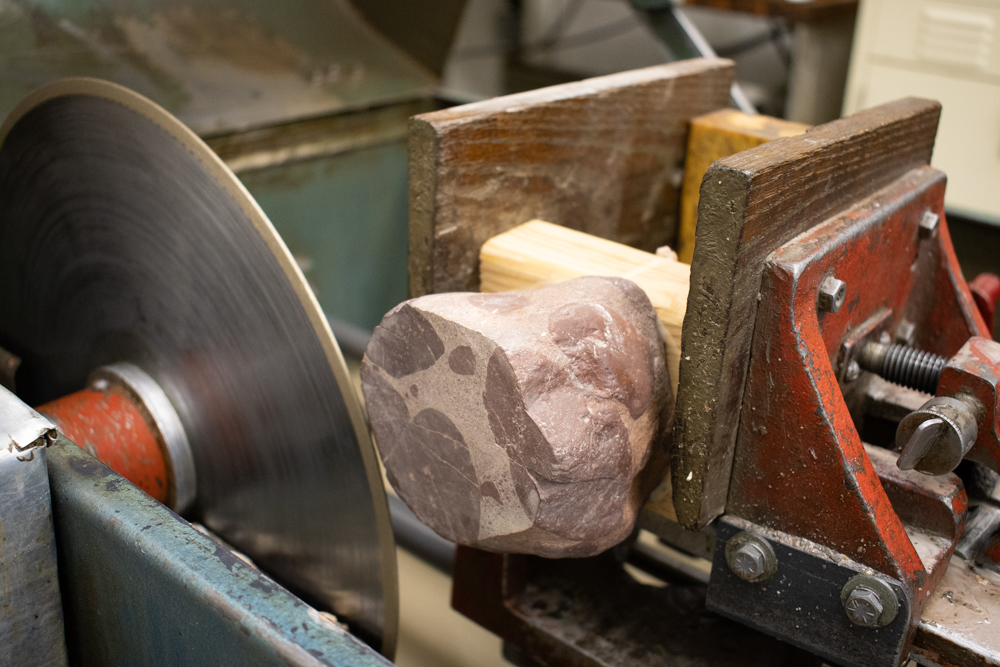 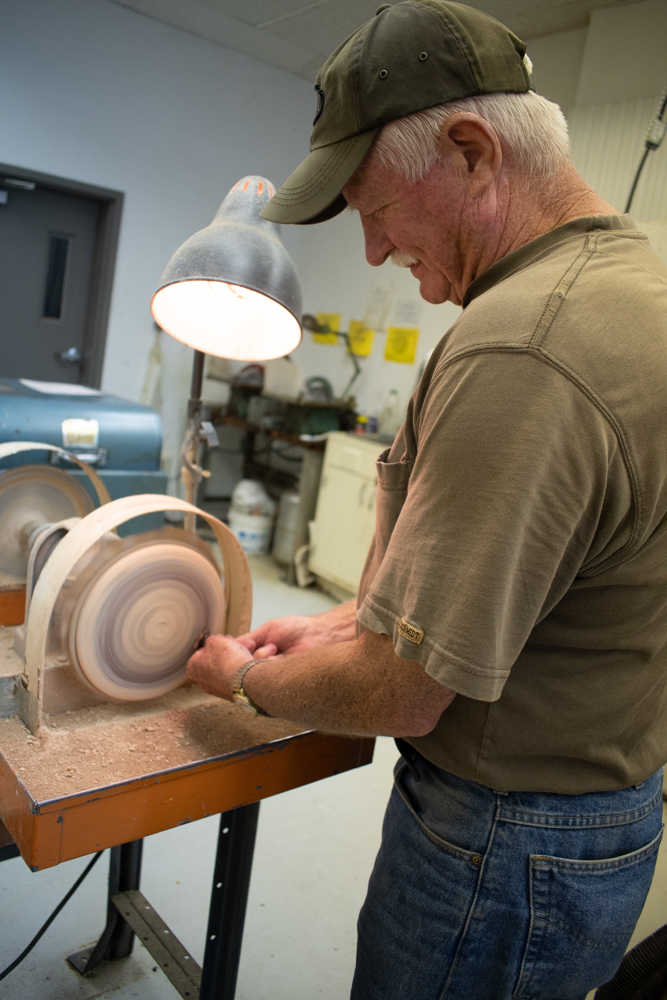 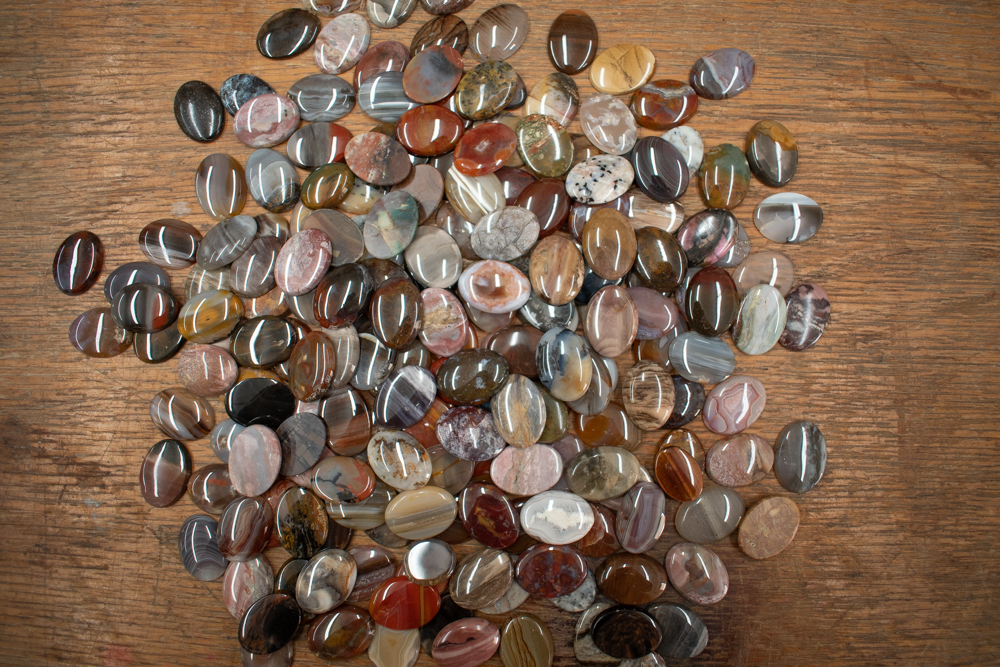 Lapidary is the term for the art of polishing gems and also for the person who does the polishing.

There are currently about 95 members who belong to the Flint Rock and Gem Club and all are passionate about their hobby. “We call ourselves rock hounds,” Dady says with a smile. She became interested in rocks at a young age. “My first love was fossils,” she remembers. Dady’s husband, Fred, does faceting – cutting a design into a polished gem. Once finished, the gem is used to create earrings, pendants and rings.

Chester Wilson, the namesake of Mott Community College’s Chester H. Wilson Geology Museum, was one of the club’s founders, along with Ben Moulton, who was also an MCC professor. Every year, the club gives scholarships to University of Michigan-Flint students who are majoring in Earth Science. They also hold fundraisers, such as the upcoming Rock Rummage and Craft Sale on August 11. In October, they will host their annual Rock and Gem Show at the middle school in Clio, which includes many interesting displays and demonstrations of the art of lapidary. This year, the show will take place October 20-21, from 9am to 5pm.

Dady spends a lot of time out in nature and a lot of time looking for rocks at various beaches. “It’s a wonderful hobby,” she says.

For more information about the Flint Rock and Gem Club, visit flintrockandgem.com