“I am blessed every day that I come here, moving forward something that I genuinely love. I care about making Flint and Genesee County a better place. Personally, I don’t have the time, talent or treasure to make that a reality. But, the Community Foundation does,” 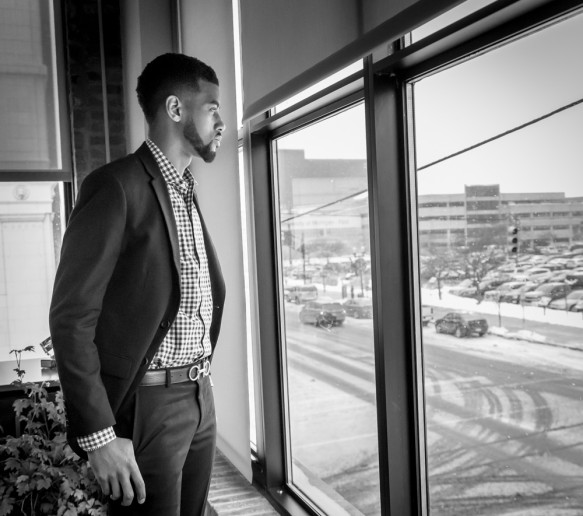 The recipient of the Young Professional Award at the Art of Achievement Awards hosted by Flint & Genesee Chamber of Commerce last November, Oliver says it is luck that brought him to an organization that matches with his core values and a series of radical beliefs he holds about Genesee County that drive him forward.

“Luck, for me, is when preparation meets opportunity,” he shares. “I have been preparing in this love for making Flint and Genesee County a better place, and I have been lucky that my preparation intersected with the opportunity to work with this organization.” Oliver was careful to explain that receiving the Young Professional Award was not a moment of pride in himself, but a reminder of how privileged he is to work at the CFGF, and a reminder of the sacrifices that he and his family make in order for him to do the work he loves.

Oliver recalls, “It was a reminder, because they were reading off all of the things I had been a part of last year, but I know that you can’t put 100 percent into everything. When something is being fed, another thing is not being fed. The reality is that the balance doesn’t exist.” Oliver and his wife have been married seven years and have three daughters, ages five-months, three years and six years old. Oliver dedicated the Art of Achievement award to his family, “I love my family and I can’t give back the time that it took to get here, but at least I can dedicate it to them” Oliver says. He reiterates, “if I had anything to be proud of, it’s that I’m privileged to not have to compromise my core values in order to serve the community that I love.”

The series of radical beliefs that Oliver says keep him driven are, “a radical belief that this place can be better than it is, that tomorrow can be better than today, that people actually deserve better, and that we can give people more that we do now; and, if we give them the tools that they need to contribute to society, it will be a better society as a result of giving them those tools.”

According to Oliver, his beliefs are reaffirmed every time he works with the community. “The new experiences that I have had with individuals across Flint and Genesee County have allowed me to see firsthand that people genuinely care about the same stuff,” he says. “We want people to have access to healthy food, we want literacy rates to go up, we want our neighborhoods to be beautiful, no matter where they are. That’s reassuring and it’s a drive to keep pushing,” he asserts.

Those main concerns are what CFGF works on, because, as Oliver states, “unlike private and family foundations, we are made up of thousands of donors and hundreds of volunteers who help us with our decision-making process.” 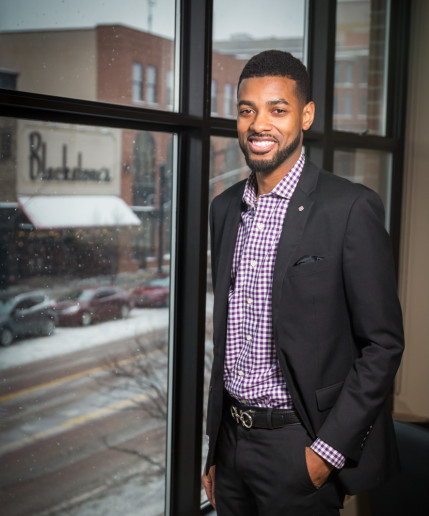 Oliver adds, “The Community Foundation has existed 29 years with a goal of making this the best place to live, work and play, and the donors work hard to represent the community and to engage individuals from every neighborhood. We are increasing our ability to get authentic feedback from the residents on what they want to see as interventions in their community.” He stresses, “areas with the highest concentration of poverty are influencing decision-making in systems like ours. We are a $230 million-dollar foundation, and to have residents feel like they are part of the solutions is that one thing I am looking forward to.”

Specifically, the work that CFGF is doing to support the children of Genesee County, is exciting work for Oliver. Some of those programs include the work of Flint and Genesee Literacy Network, along with a new aggregation building that will be a hub for access to healthy food. “We are watching zero-to-eight-year-olds receive interventions to support their cognitive development, gain access to healthy food, increased access to quality education – watching these programs roll out is exciting. It was born out of the idea that kids deserve better and these programs are the best way to mitigate lead exposure,” Oliver explains. The Educare Flint building that recently opened was a step, but it is moving forward that Oliver is concerned about. “What is more exciting than opening a new, 36,000 square-foot, 15-million-dollar building is making sure that 10,000 zero-to-five-year-olds have access to the highest quality early childhood experiences. That is more exciting than opening a new building.”