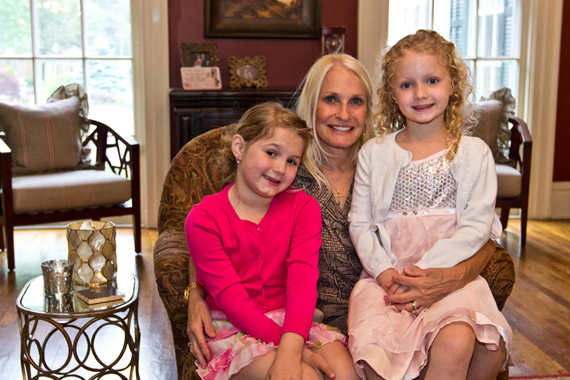 Each year, the Flint Cultural Center presents Growing Up Artfully, a fundraiser that helps sustain the services provided to the public by this group. Different FCC supporters serve as hosts to the event each year, with this year’s 10th annual Growing Up Artfully held on June 6 at the Flint home of Dr. Christopher and Sharron Ash.

The Cultural Center Corporation explains that Growing Up Artfully “increases access to the arts, history, and sciences” for “underserved youth and families in Genesee County” through the Longway Planetarium, Sloan Museum, and The Whiting. Services provided include free and subsidized admission to the above organizations, support for busing of school groups, and discounted events and workshops for families and schools that participate in Cultural Center activities.

The architecture of the Ash residence seemed to welcome and compliment Growing Up Artfully well; its tall columns, white finish, and design elements are reminiscent of southern antebellum mansions. It is of the Gregorian Colonial style of houses, and was completed in 1929. Over three dozen sponsors supported this year’s event. Entertainment included live music by Joe Powers, the Jeff Price Jazz Group, and Neil Woodward; Fandangles’ served Southern style cuisine, drinks were provided by Fabiano Brothers, and attendees enjoyed the artistry of caricaturist Kenjji Marshall and mentalist, Joshua Wilde.

Flint native Jake Emerick supports the local arts, and is often in attendance at art happenings. He enjoyed the “The Party” held at the Flint Institute of Arts just five days prior to Growing Up Artfully. Emerick has been in awe of late as he witnesses the recent growth and revival in all things Flint. “Having grown up on the west side, the city is looking as good, if not better, than when I lived here 20 years ago. My mom raised our family just a few blocks away from [the Ash home]and it’s nice to have a shindig here, so thanks to the Ash family for putting it on.”

Are you interested in purchasing photos from this story? Go HERE and select the “Growing Up Artfully” category.

Share. Twitter Facebook Google+ Pinterest LinkedIn Tumblr Email
Previous ArticleThe Price is Right For One Flint Native, Volunteering Costs Nothing, Buys Fulfillment
Next Article A Mile in Those Shoes? Guys Hit the Bricks in Heels for the YWCA