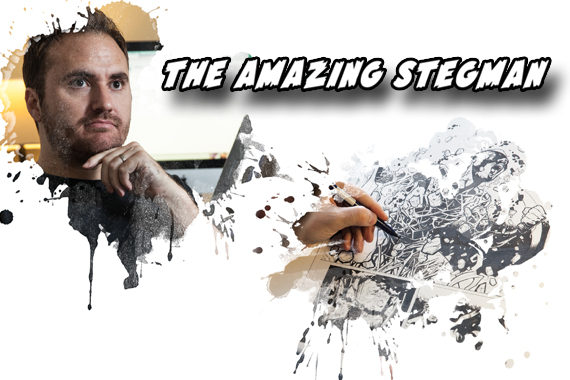 Over the past 80 years, comics have woven themselves into the fabric of American culture, creating a modern mythology. New characters become gods, worshipped by readers and non-readers alike for the values they personify: Batman as the epitome of human ingenuity and vengeance, Superman as justice and virtue, Wonder Woman as feminism and nobility of character, and Spider-Man as a call to responsibility. It’s not just the characters who are revered, however. Their creators, the writers and artists who make these characters come alive, also receive their fair share of worship.

One such person, whose artwork has brought to life such characters and titles as Fantastic Four, Spider-Man, and The Incredible Hulk, has chosen Grand Blanc as his base of operations. That comic creator is Ryan Stegman.

Stegman has spent much of his life in Michigan, having been raised in the Troy area and having attended Michigan State University. From a young age, he loved animation. While living in Pennsylvania from third to sixth grade, he and a friend bonded over comics, even going so far as to create their own characters.

It was during this time that Stegman developed an affinity for Spider-Man, but it wasn’t until the age of 15 that he wandered into a comic shop and picked up a copy of Spawn that he knew he wanted to draw comics. Rather than being dismissive, his parents supported his evident passion and bought him drawing supplies and books on drawing and anatomy. Around this time, his father dusted off some comics he himself had bought years before, including a copy of Amazing Spider-Man #19, which today remains one of Stegman’s treasured possessions. 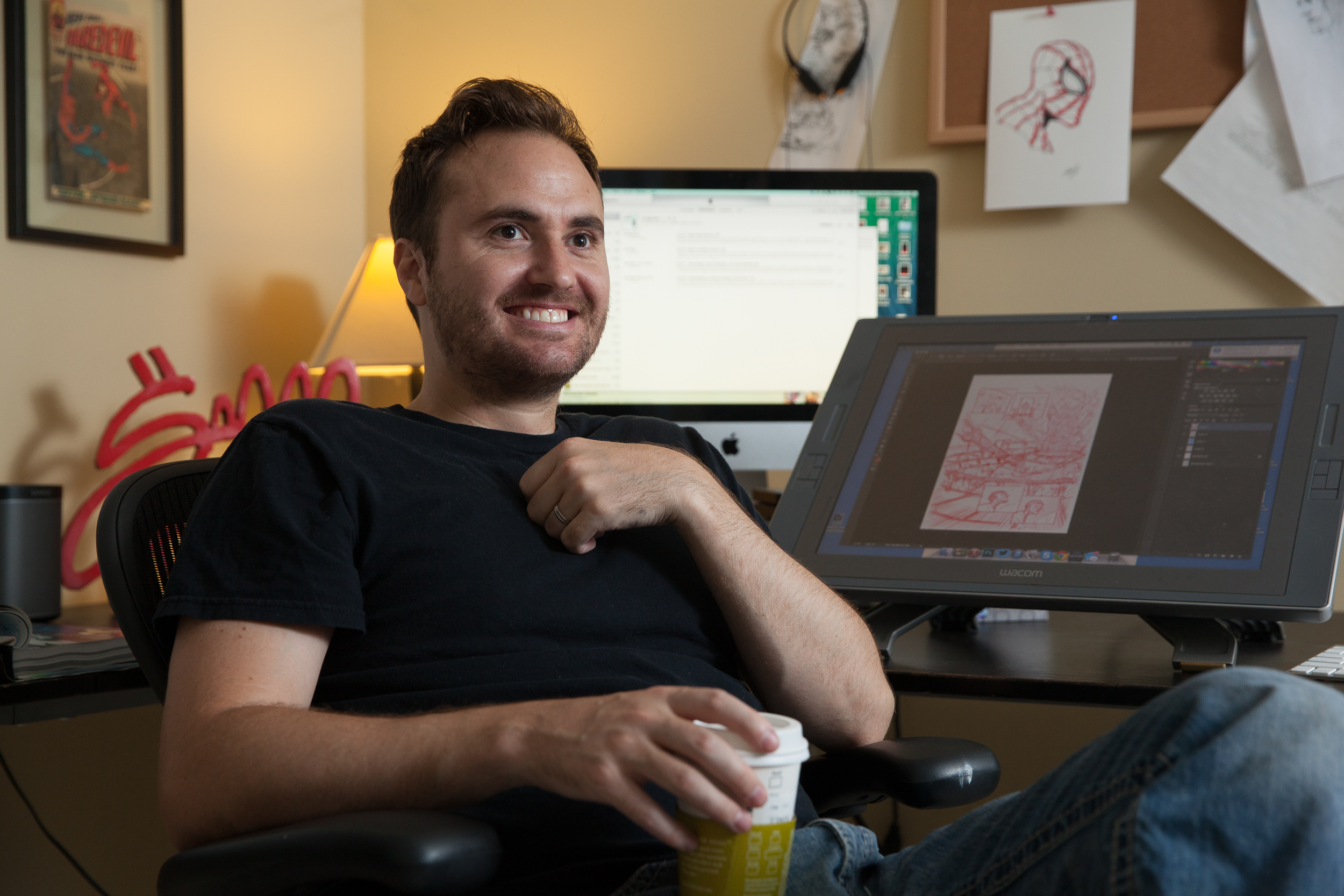 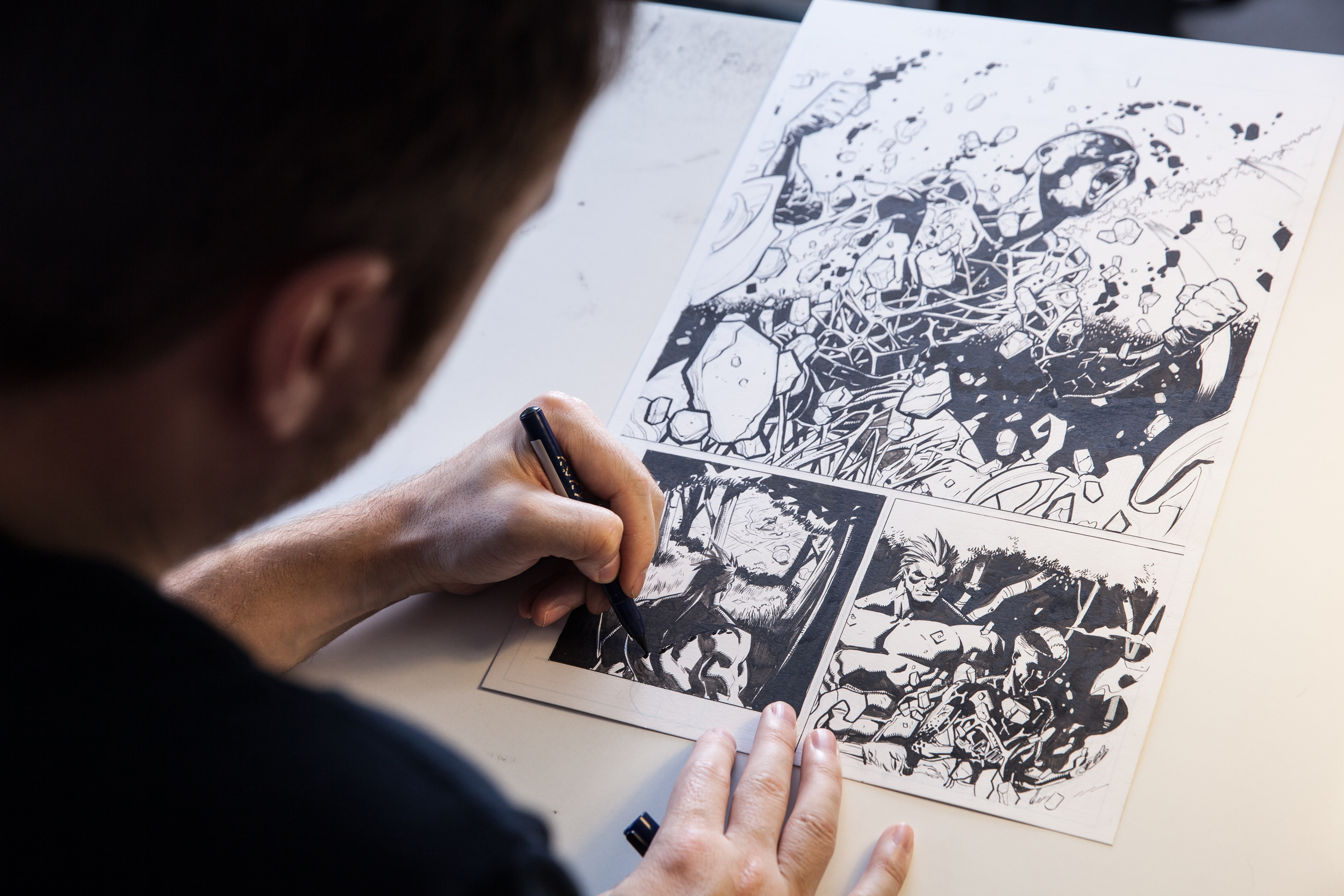 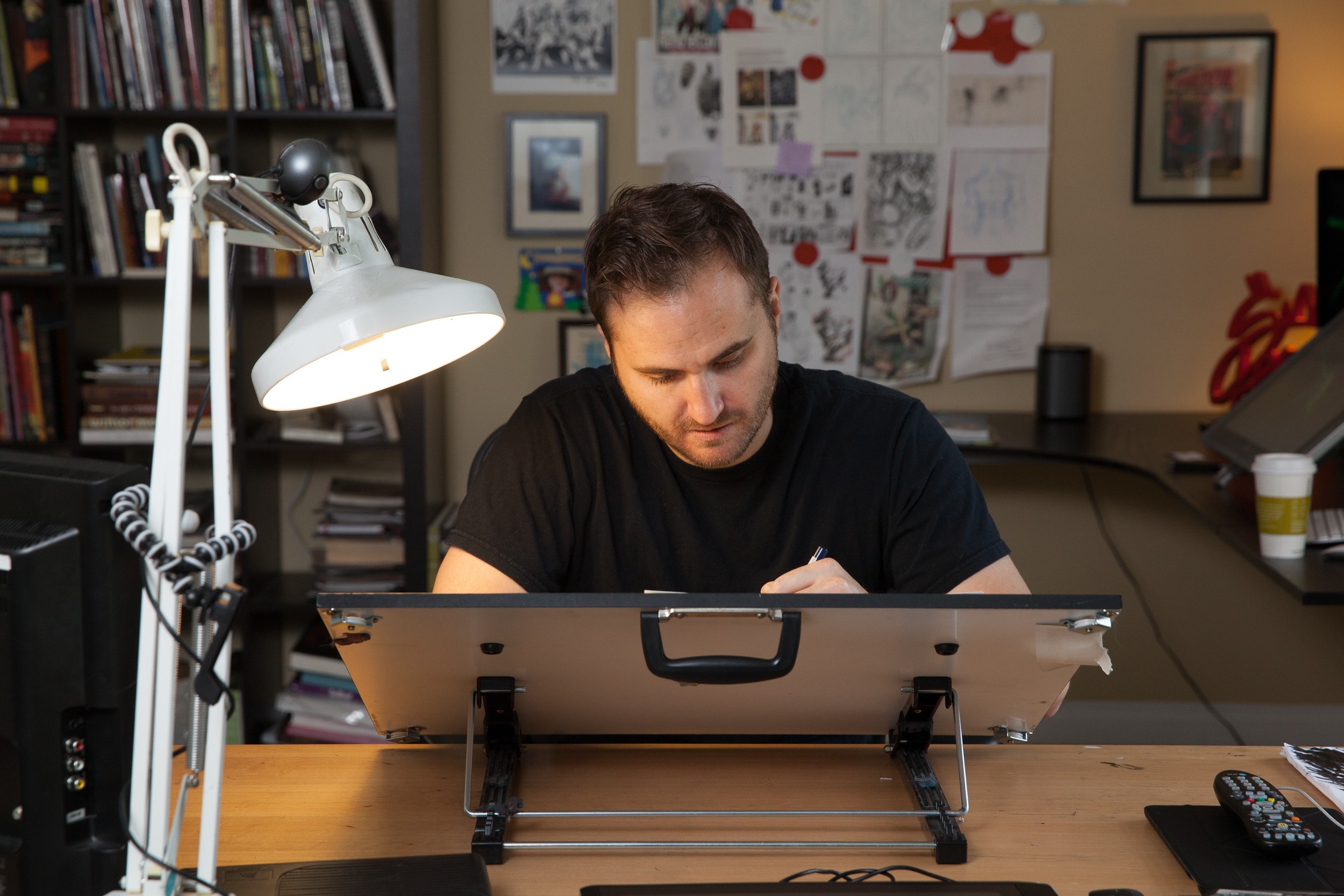 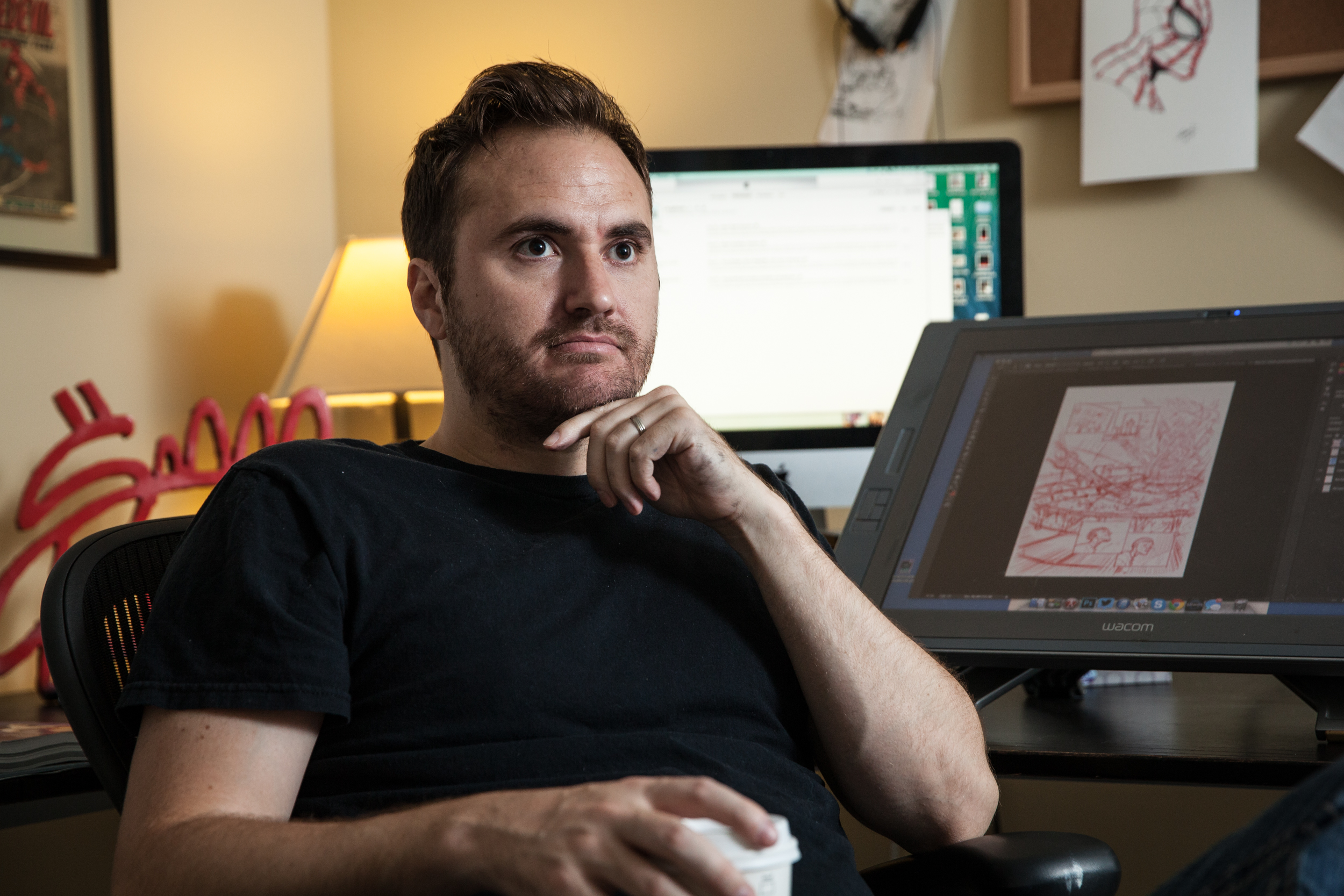 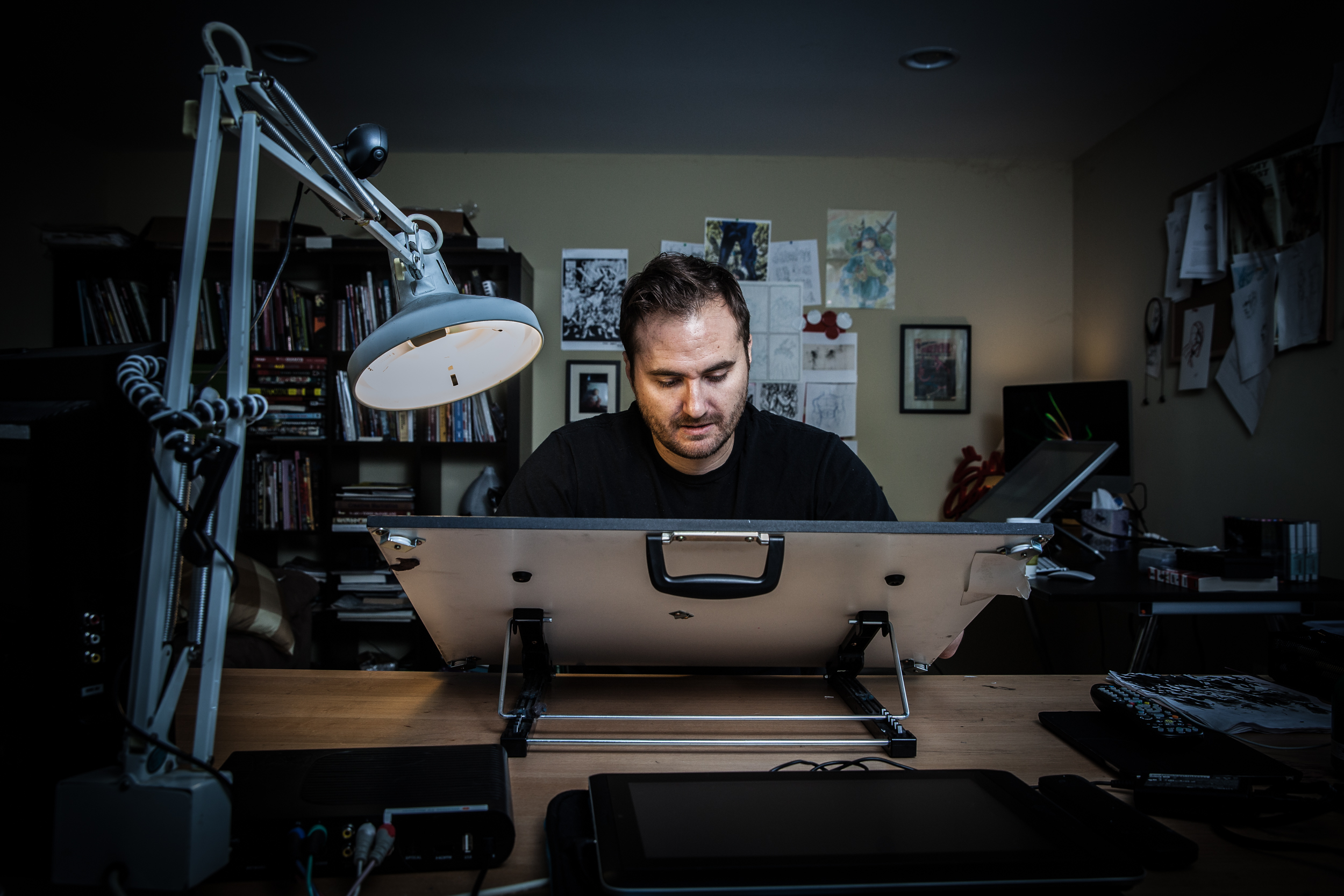 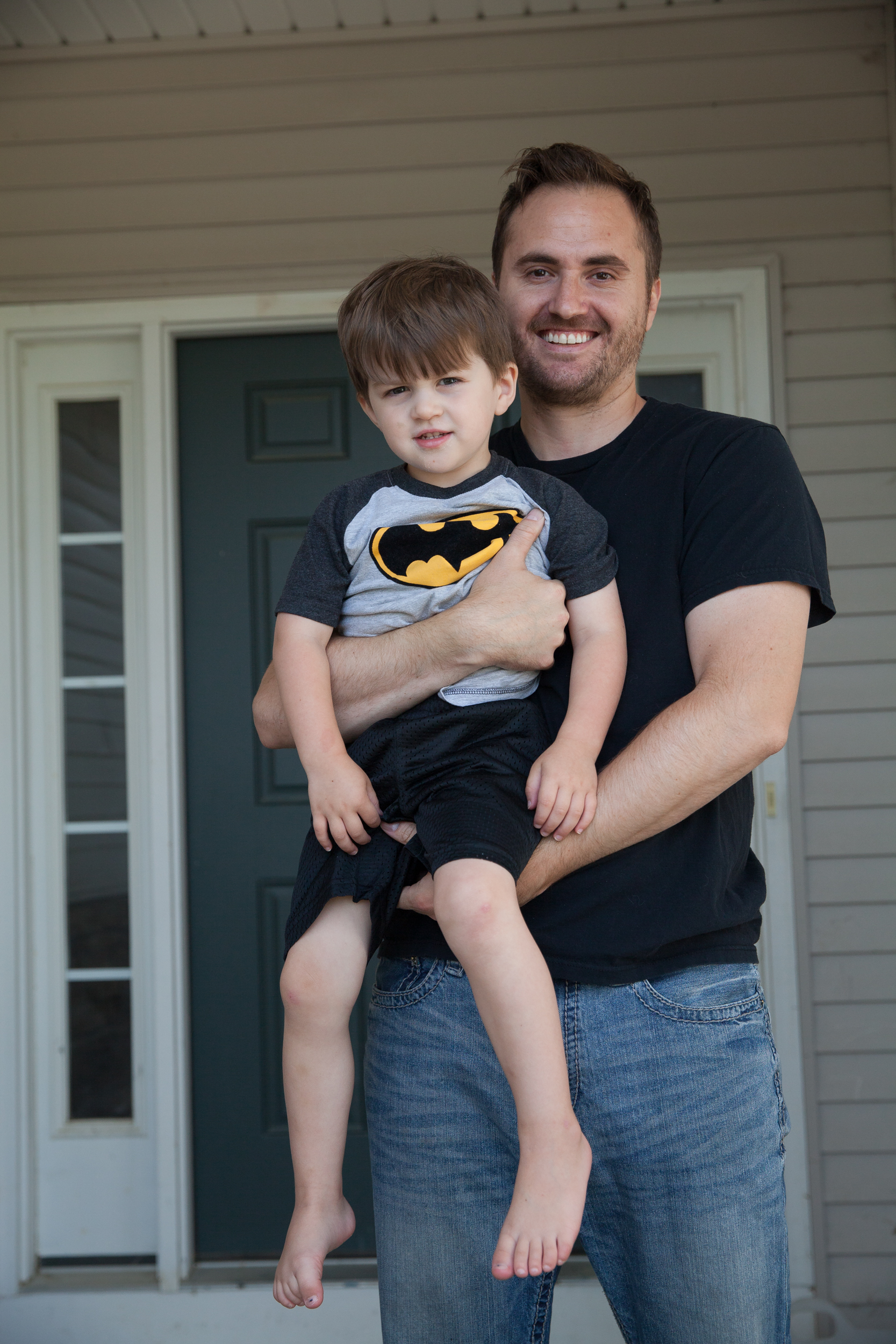 Breaking into comics is no easy feat. Beginning in college, Stegman would produce about three to five pages of work samples every year. This wasn’t enough practice to keep his artwork sharp, however, so after college, he redoubled his efforts and began posting his work on a site called Digital Webbing. While online, Stegman met future colleagues, including a rising star artist named Mahmud Asrar. During this time, Stegman accepted commissions for art to accompany short stories at about $300 a pop. Through his connections, he got an assignment for a full book at AP Comics (later Markosia) and though the money wasn’t the best, it built his portfolio. With the Markosia work – an eight-issue series called Midnight Kiss – under his belt, he eventually met with someone from a company called Davel Brothers and persuaded them to let him do the artwork for an adaptation of The Magician’s Apprentice. In a fortuitous turn of events, Marvel bought out Davel Brothers and Stegman found himself working for one of the comic industry’s giants. Despite this lucky break, Stegman wasn’t immediately promoted to famed characters. He received enough work to keep his name in the hat, doing assignments as a fill-in artist or on short arcs, but it was only a matter of time until he would work on Spider-Man, his favorite character. 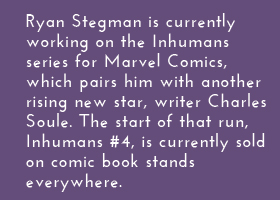 Stegman’s opportunity came when he was brought in to finish up artwork on writer Jonathan Hickman’s final issues of Fantastic Four. When he broached the topic of his next assignment, Stegman received a non-committal answer. “Before I do Fantastic Four I want to know what I’m going to be working on after that,” he told his editors, and then quickly added, “And I want that thing to be Spider-Man.” They called him back a week later with the go-ahead. Looking back he says, “If I hadn’t said anything, it may not have worked out that way.” Without a large portfolio of Marvel work to back him up, launching a Spider-Man title was a large leap; but with some editors behind him, Stegman was given a chance to launch a brand new title, Superior Spider-Man, which enjoyed phenomenal success, thanks in large part to the issues he drew.

The road to Stegman’s fame wasn’t a short or easy one. Like anything worth doing, it took a lot of work and focus on the larger goal. Part of his achievement was being in the right place at the right time, but the lion’s share was hard work, networking, and having faith in the dream that put him on this road in the first place. To all the comic creator hopefuls out there, Stegman’s advice is to work hard and post online using sites that bring writers and artists together to share and enrich their crafts. It may be true that Cons are where artists make contacts, but most of Stegman’s networking was done online before Comic Convention networking ever bore any fruit.

Launching a critically acclaimed new Spider-Man title has cemented Stegman’s name in the minds of comic book fans as one of the industry’s top talents. Though a very humble guy, he also consciously made the right steps to literally put his name in line with the greats. ♦ 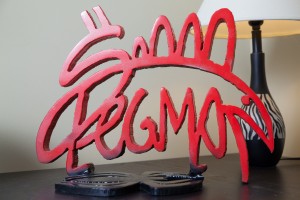 Stegman’s trademark signature is the shape of a stegosaurus, Partly because of his last name, but also as tribute to one of the industry’s living legends, Walt Simonson. “Walt’s signature is a brontosaurus, so it’s an homage to him,” he explains, “Except his name isn’t Brontosaurus-man like mine is Stegman, so I think I have more of a claim to it.”  Hard to argue with that logic!