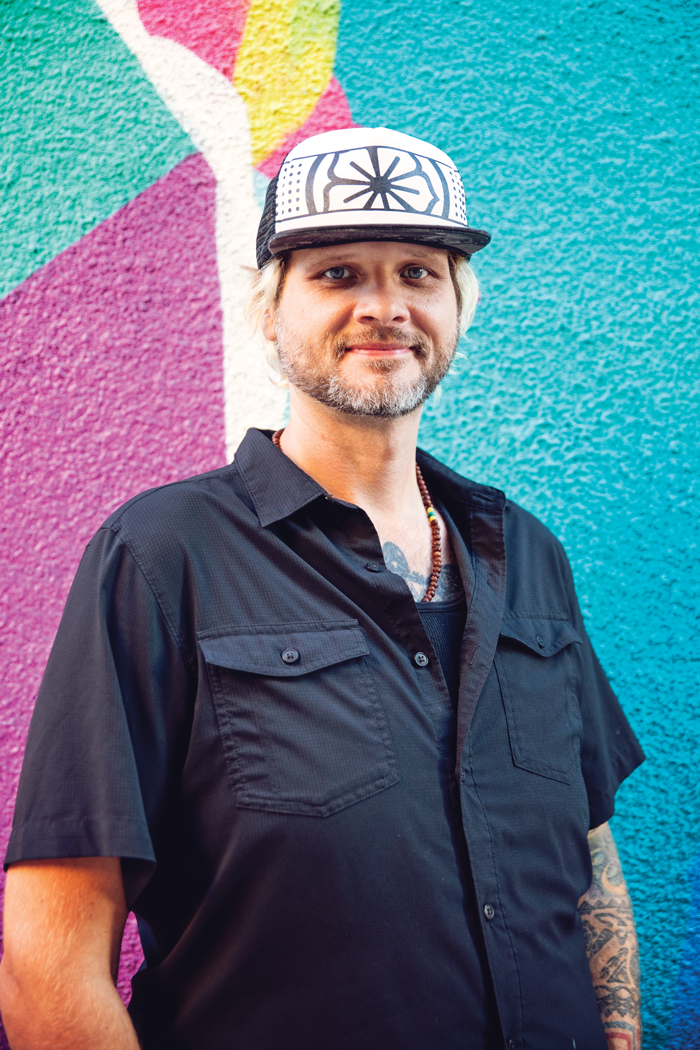 “Let him through! Let him through!” chanted the “America’s Got Talent” audience as comedy magician Nathan Kranzo, after performing a great trick, nervously awaited the votes of the celebrity judges. Howie Mandel was first to give him a “no.” Next came Heidi Klum with a “yes” vote and then, Mel B. weighed in with the same. The final vote was up to Simon Cowell. As the tension grew, the cheering from the audience grew louder. Finally, Cowell’s vote sent Kranzo through to the competition’s next round! “It was really amazing,” recalls Kranzo. “It was one of the highlights of my career. I had a little party popper in my coat and as I walked offstage, I shot it at Howie. He gave me the most-evil look.” Kranzo exited the stage in triumph. Unfortunately, sometime later, he was informed via email that although he had advanced to the next round, AGT was not going to use the video footage of his performance. Kranzo was out. “It was a really weird experience all the way, but I’m glad I did it. I’m still not sure why I wasn’t included,” he laughs. 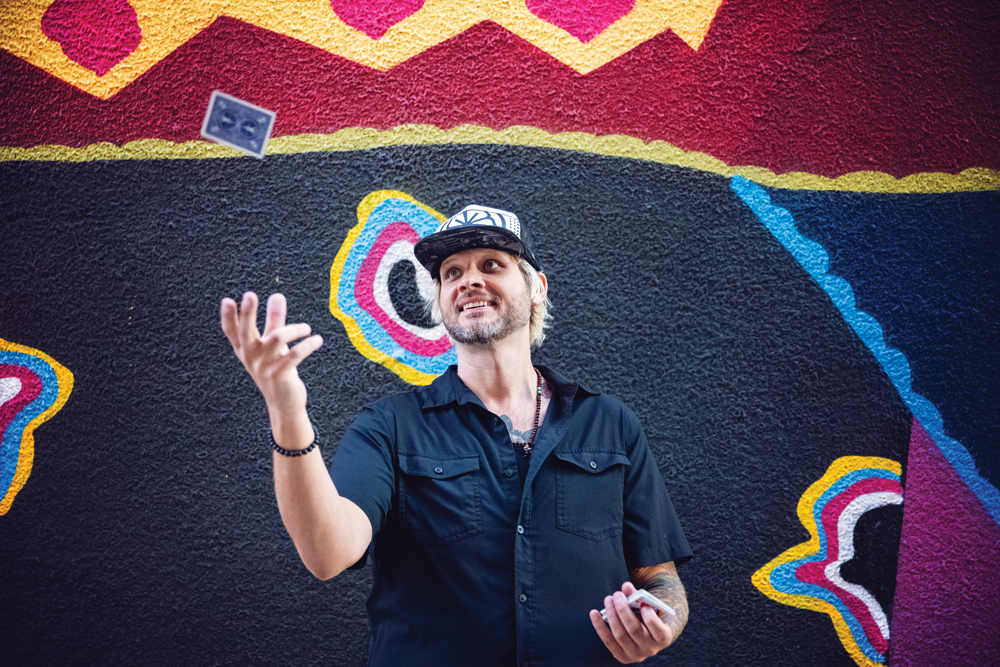 His run as an AGT contestant may have been cut short, but in the world of magic, Kranzo is a success and household name. As a comedy magician, he has performed his unique, humorous show on stages all over the world and appeared on the Syfy channel’s “Wizard Wars,” FOX’s “Houdini & Doyle” and worked as a magic consultant for Penn & Teller, truTV’s “The Carbonaro Effect” and others. The internet is populated with videos of him performing on the streets, in restaurants and at iconic venues such as the Magic Castle in L.A. “I consider myself extremely lucky to do what I do,” he says. “I get to spend my time teaching magic, performing and creating new tricks. I’ve traveled the world doing this.”

“I want to produce stuff that leaves people up all night wondering how it was done or cry laughing at a joke I made.” 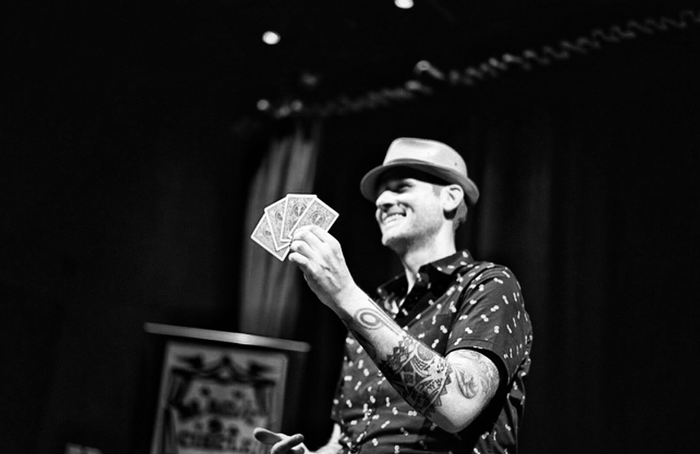 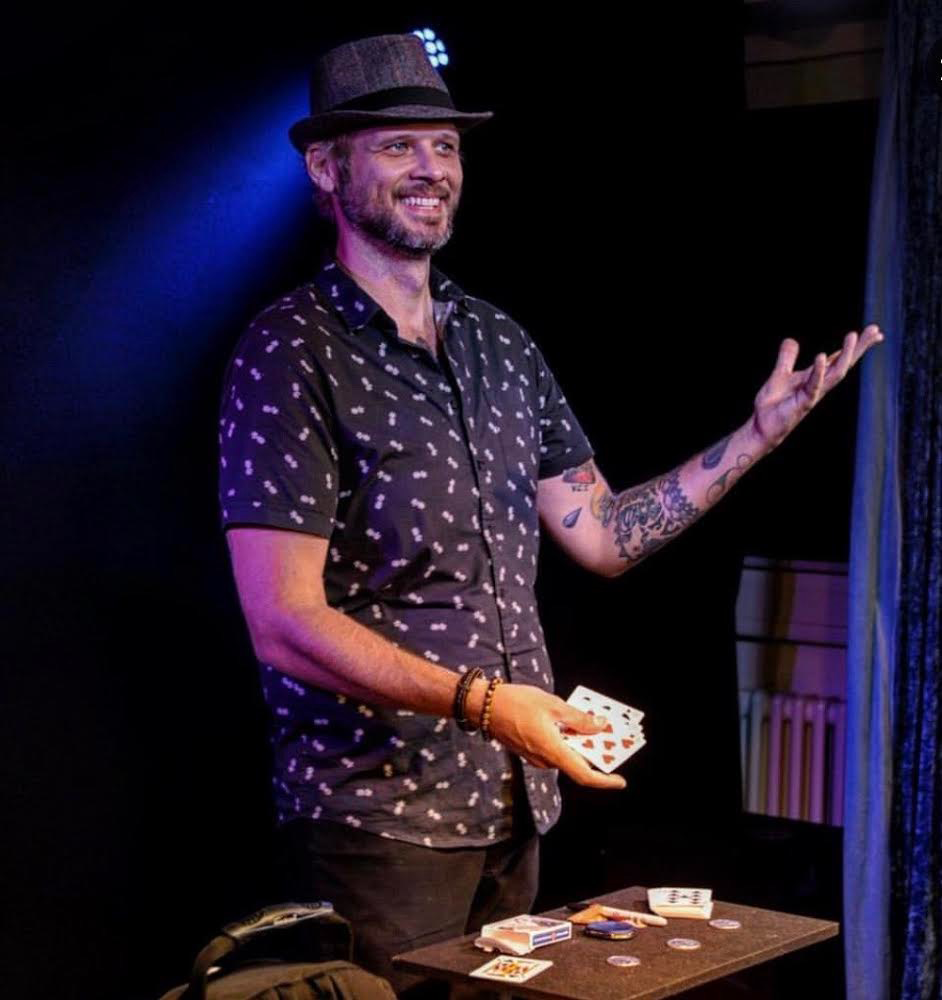 Still calling Flushing, MI home, Kranzo began his magical journey as a young teen at a Flushing Fun Festival. “I snuck into the beer tent,” he laughs. “Inside, the Flint chapter of the International Brotherhood of Magicians had set up a table. Their tricks blew my head off! They handed me a flyer and I kept it.” He began researching magic and performed small illusions for his classmates. One friend wowed him with a card trick of his own and it was then that Kranzo remembered the flyer he got at the festival. “My friend and I attended the next meeting of the IBF in the back room of Mario’s Restaurant. We were two teens hanging out with all these great magicians. The first thing we had to do was prove ourselves with a magic trick – we had to earn our way in. I owe so much to those guys. They got me started,” he smiles. While attending the Art Institute of Pittsburgh, Kranzo worked in a magic shop between classes. “I absorbed everything in that shop,” he says. “I read all the books and learned all the tricks. I had to be able to demonstrate the tricks to customers, and I really honed my craft there.” Still, magic was just a hobby or “a way to meet girls” until he had a run-in with a fellow magician that opened his eyes to what he could accomplish.

“I saw David Copperfield perform at The Whiting and through a friend, was able to get front-row seats. It was an amazing show,” he remembers. His friend asked him to stick around afterward and meet Copperfield. “He came out with his staff and asked me to show him a few tricks. One trick he asked me to show him again and again. He loved it. It was then that I knew I could make magic a career.” 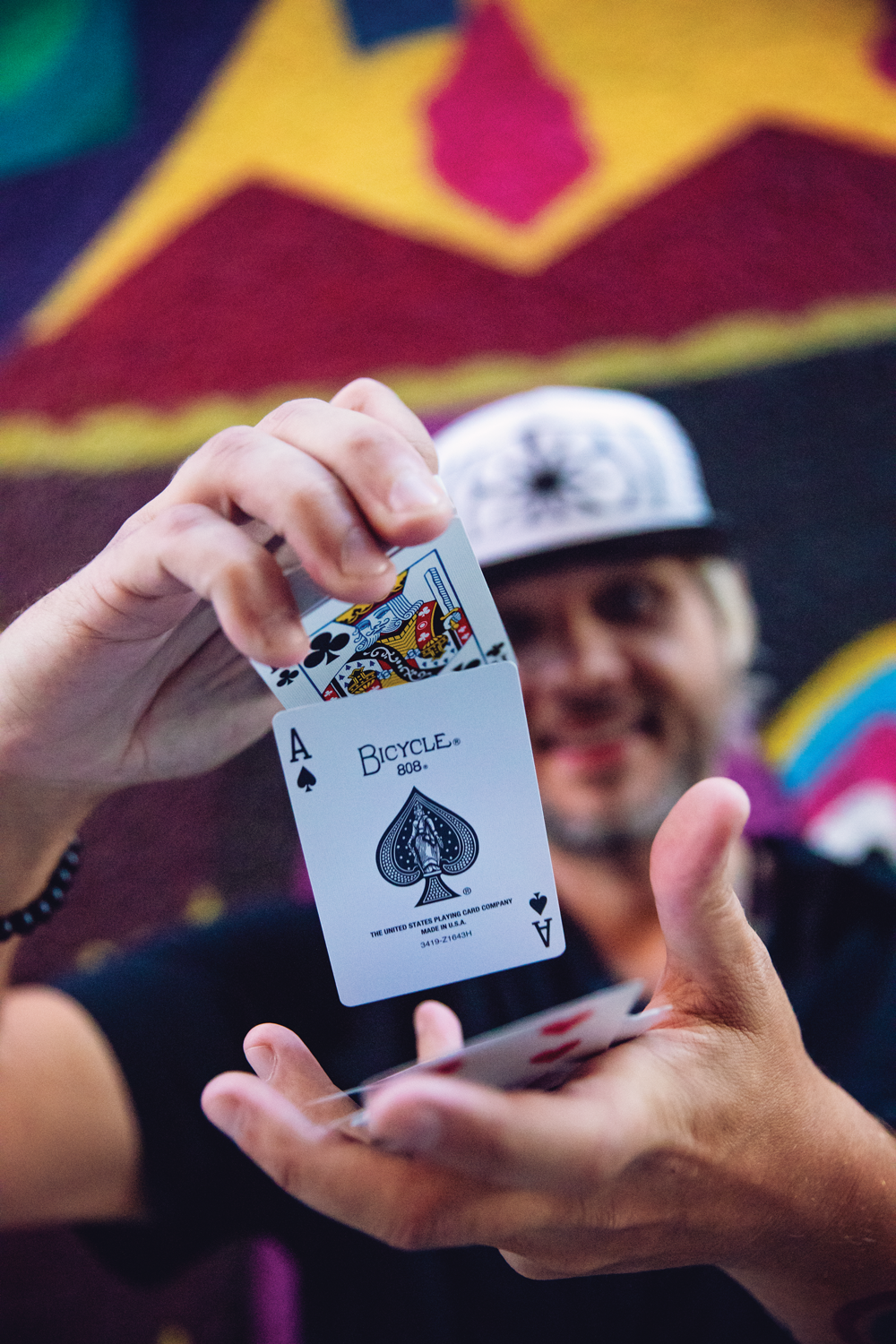 Kranzo began performing on the streets of Petoskey and in restaurants around Genesee County. “I built up my chops and learned how to approach people,” he says. “For an aspiring magician, one of the most important things is real time in front of an audience. You can’t improve if you’ve never been busted in public. I’ve been busted a million times! I once pickpocketed a guy’s watch during a trick only to have it fall apart in my hands. It can be tough.” Eventually, a family friend asked him to put together a show for an event. “It went very well and made me realize that I could wing it if I needed to – it didn’t have to be perfect. It was really the first time I got a huge round of applause.” He started booking shows with businesses and comedy clubs, all the while busy creating new tricks and ways to entertain. He was becoming well known for putting on a great and hilarious show, but it was his one-of-a-kind illusions that put him on the map. He got some major attention from fellow magicians – Copperfield, Penn & Teller and others were interested in what Kranzo could do. “I realized when I was a young teen that I could create my own stuff,” Kranzo recalls. “Even before I really had the fundamentals down, I was thinking up new illusions. I am always inspired by what I can dream up and then the fun part begins when I try to figure out how to make it work. I spend a lot of time in my workshop.”

Perhaps the most famous trick to date and one that Kranzo is most proud of is called the “moving tan line,” wherein he slides a tan line on his wrist up his arm to hide it under his shirt. The illusion has perplexed thousands and has been performed by other magicians throughout the world. “That one caught a lot of attention,” says Kranzo. “I don’t mind helping out another magician and getting my tricks out into the world. I love it when someone puts a new twist on something I’ve created. It makes for even better magic.” Another Kranzo favorite is the “stone coin purse,” wherein he turns a regular cloth purse to stone right before a spectator’s eyes. “I fooled myself with that one,” he laughs. “I once actually mistook a stone for a fellow magician’s coin purse and I immediately realized the potential.” Kranzo is a magician’s magician and a major driving force behind the art form. From card tricks to mentalism, he does it all.

Lately, he has spent a lot of time at home in his workshop during the COVID-19 pandemic and considers the break a blessing. He just finished writing a book featuring some of his illusions and is putting finishing touches on a second that details his life in magic and all of the crazy things that have happened. “It’s a book about my life as a comedy magician and everything I have experienced with some tips for performers thrown in,” he explains. “I’m not sure when I will be performing again but honestly, I’m happy teaching and building new tricks. I’m just glad to be doing it.” 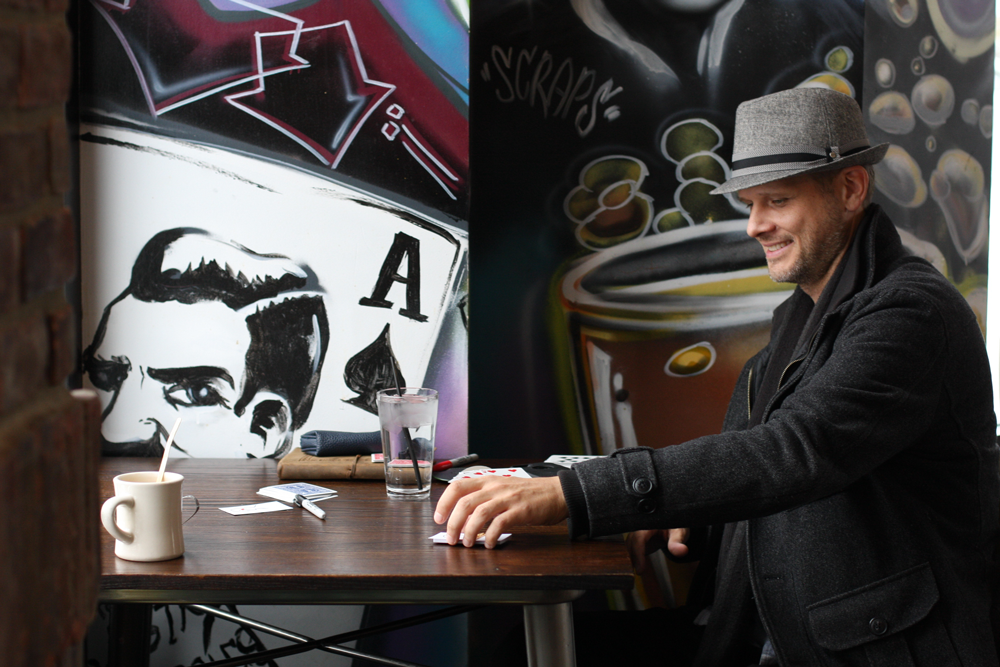 For Nathan Kranzo, the art of magic comes to life in the eyes and reactions of the audience. “I want to produce stuff that leaves people up all night wondering how it was done or cry laughing at a joke I made,” he states. “I love to give the gift of astonishment. I have performed for complete skeptics and every time, for at least a few seconds, every person is astonished. It makes people forget everything they are dealing with at the time and allows them to just be in the moment.”

To check out the magic of Nathan Kranzo, visit nathankranzo.com and kranzomagic.myshopify.com/ for Kranzo-created tips and tricks.