“People forget where they are, they forget what they look like, and just let themselves move,” says Krista Loutner, lead singer and guitarist of Flint metal band, Sweat, when describing the band’s notoriously bombastic live shows. “People are so worried about whether someone is watching them or how they’re going to look, but sometimes at Sweat shows, people forget.” For a brief moment, the rest of the world disappears and fans can be themselves and cut loose, whether that’s head-banging, moshing, or simply soaking in the music.

“If I’d grown up somewhere else, I might have given
up on music a long time ago.”
Krista lountner

Loutner, now 32, has been playing music in Flint since she was 14. But, Sweat is the first project that consists of her own music. Ever since she heard the Deftones for the first time as a kid, she knew she wanted to form her own band. Being a woman in a male-dominated scene does bring its own set of challenges, though. “Whether it’s someone telling me ‘you’re pretty good for a girl’ or something more vulgar, sexism happens,” she says. That never stopped her, though, and she feels lucky to have been shaped by the City of Flint. “It makes you strong,” Loutner says. “If I’d grown up somewhere else, I might have given up on music a long time ago.” Luckily for Sweat fans, she stuck with it.

Since the formation of the band in 2011, Sweat has released three albums and gained a loyal following of Michigan metalheads who have come to love their thrashing guitars, screaming vocals and explosive performances. The latest album release, Gloom Pride, was written and recorded entirely by Loutner, a process that began in 2014. It also happens to be the band’s most ambitious work to date. 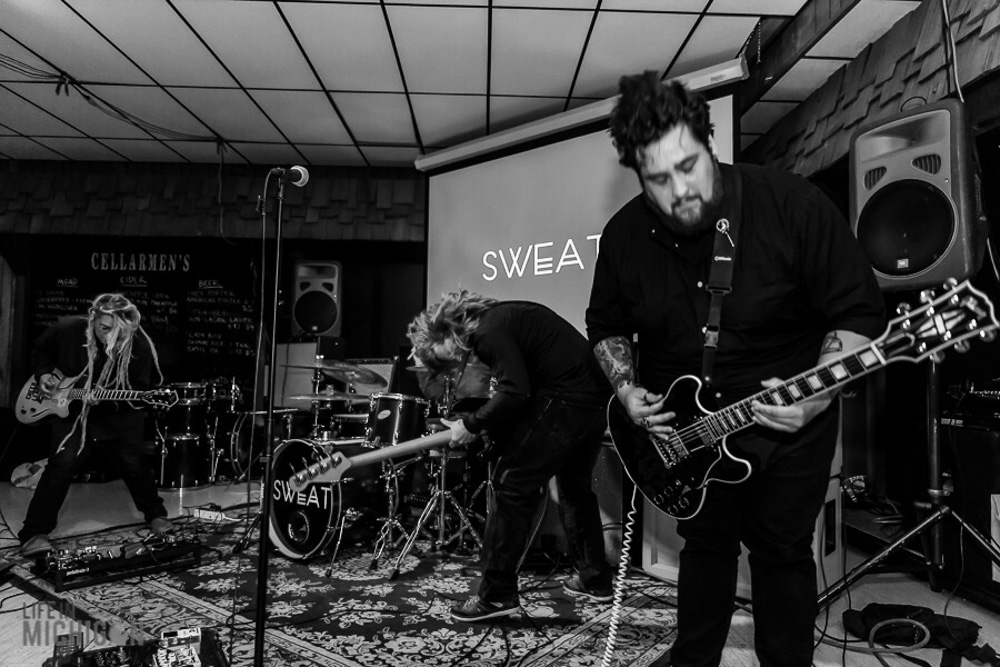 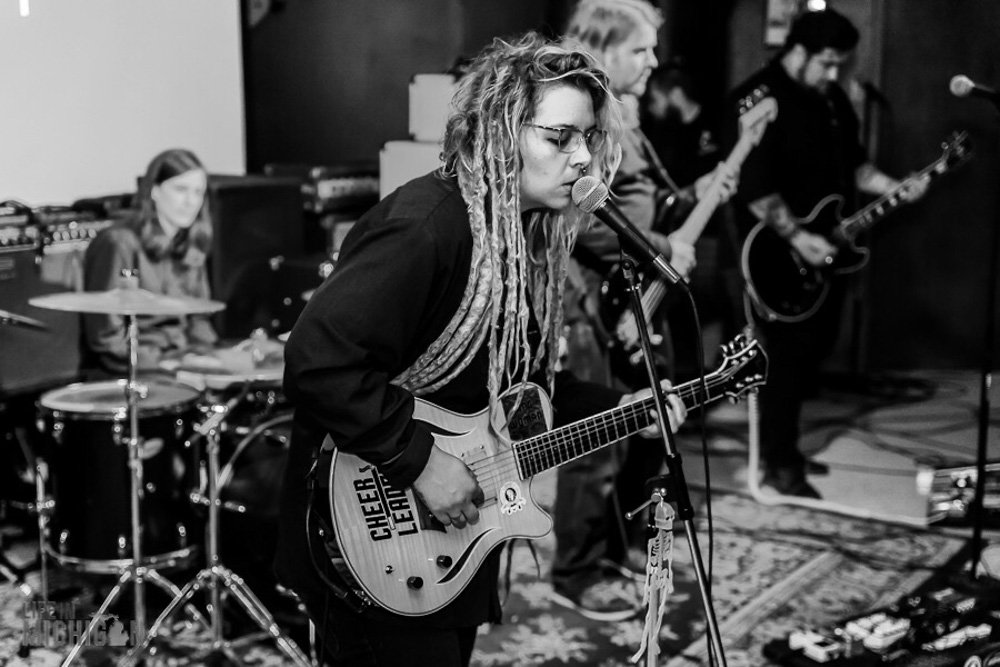 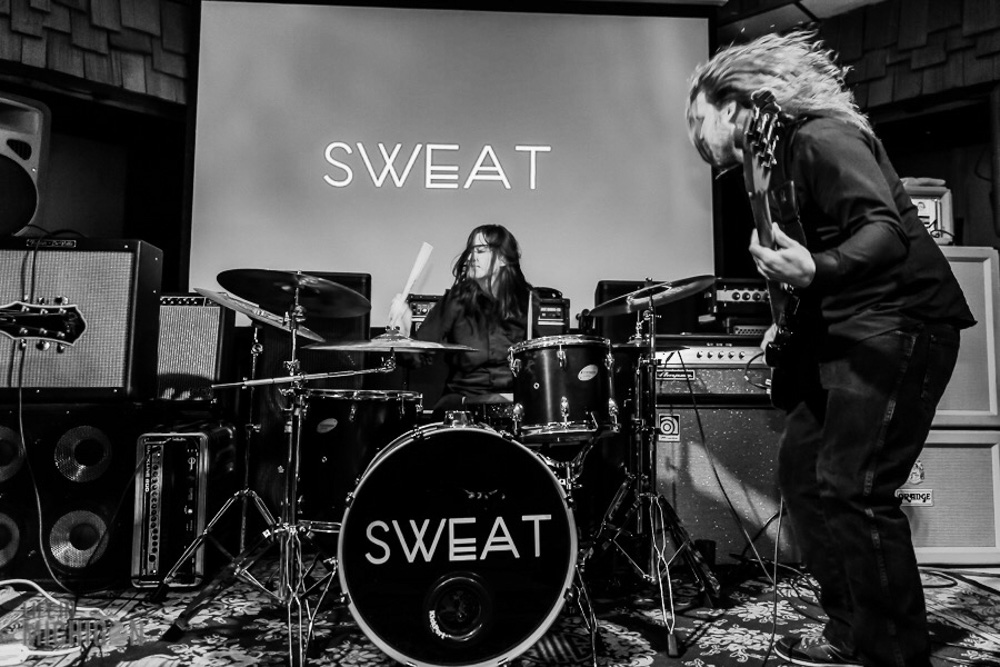 While Gloom Pride doesn’t skimp on the band’s signature intensity, it offers much more. The crushing riffs and blistering energy is still there, but Gloom Pride offers an ample dose of melody and ambient atmosphere. The record opens not with thrashing, but with a piano on “Kelvin 101,” which immediately sets the tone for the rest of the record: metal fans should expect the unexpected. 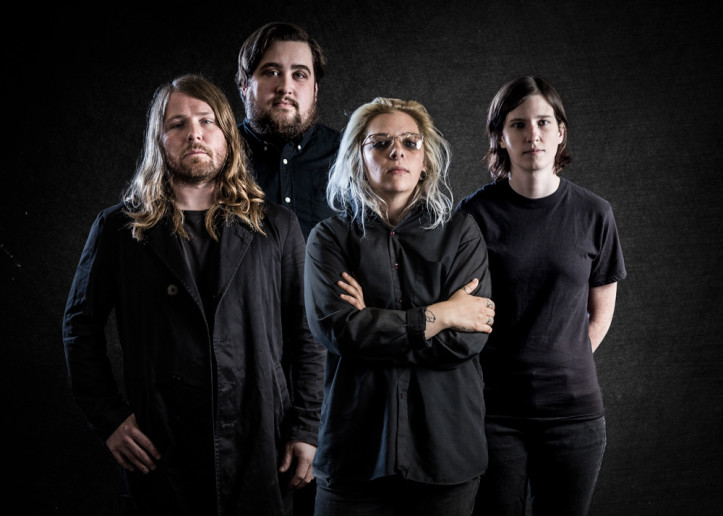 It’s not until a couple minutes into the second track, “Mantra,” when Loutner’s melodic singing gives way to her well-known fiery screams. “It’s a song about sleep paralysis, which is the worst thing I’ve ever experienced,” she shares. “Something harmful’s coming through and I can feel it in the room,” she sings over sweeping chords. “Mantra” is one of the best examples of what Gloom Pride accomplishes as a record – a seamless amalgamation of haunting melody, beauty and intensity. Each section is different than the last, keeping the listener guessing where they’ll take things next.

The rest of the record doesn’t fail to keep the audience on their toes, either. Tracks like “Soot” and “Vaseline” blend elements of hardcore and metal together into mosh-worthy jams. “Poly” is the exact opposite, a five-minute emotional journey that trades in the screaming and distortion
for a slower tempo and clean guitar. “Sores” lets its dark ambience swirl around the listener like storm clouds before the tempest hits on the following track, “A Cutter’s Rapport.” Sweat’s ability to take the listener to so many different sonic landscapes is what makes Gloom Pride such a gem in the metal scene. It feels like you’re exploring the album, rather than simply listening to it.

It’s not just the music itself that is heavy, though. Lyrically, Gloom Pride stares some very intense issues in the face without blinking. “It’s an appreciation of whatever darkness you’re facing,” Loutner says, explaining where the title comes from. Whether it’s a particularly difficult time in life or a personality trait, Loutner’s aim is to “accept it, instead of focusing on how bad it is.” The album acts as a sort of musical catharsis for both the band and listener.

According to Loutner, there is one issue in particular that runs consistent on Gloom Pride: suicide. Nearly every track approaches the subject in one way or another, even though it’s not explicitly mentioned. “It’s a lot more common than we think,” Loutner says, stating the importance of talking about the issue. With such a stigma attached to mental health, it’s easy to see why suicide is an issue often avoided; but Loutner wants to hear it talked about more openly. “The main purpose of the record is to let people know that they’re not alone and that they have something to relate to,” she says. 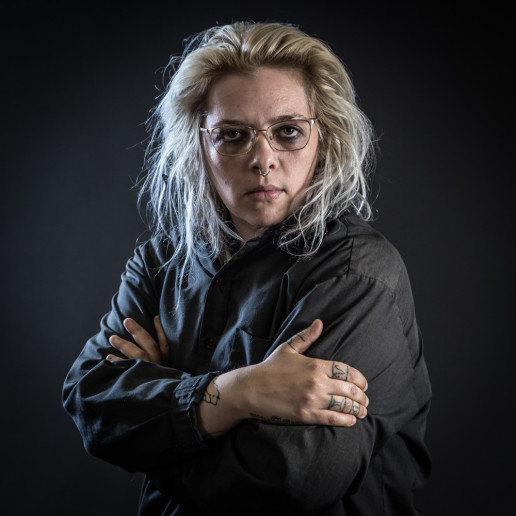 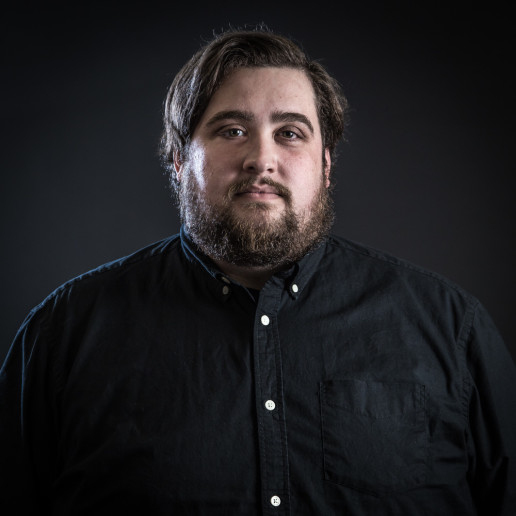 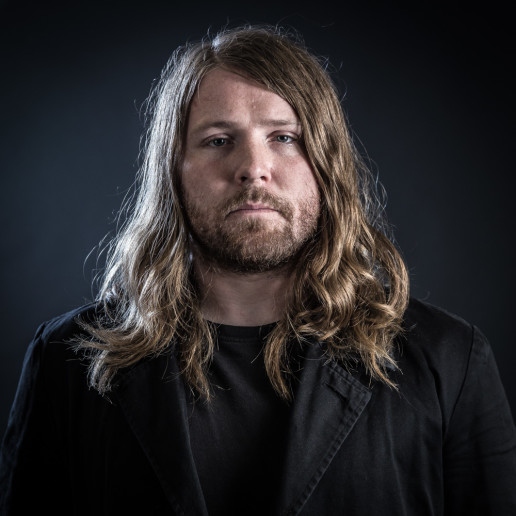 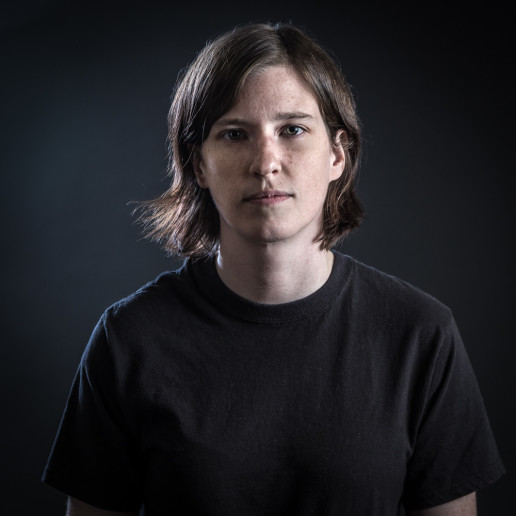 It’s a fitting way to cap off the record. Gloom Pride might take the listener through some very dark places, but there is a light at the end of the tunnel, and that tunnel does not have to be walked through alone.

With their latest release, Sweat has pushed themselves both musically and lyrically, creating a record that has something for every metalhead – whether it be in-your-face energy or dark ambience. Each of these 13 songs offers up different flavors of metal and hardcore that make Gloom Pride stick out in the music scene in all the right ways.

Photography by Eric Dutro and Provided by