Pharlon Randle knows all about the power of words when they’re matched with a good beat. Since the inception of his songwriting and recording program Studio on the Go in 2006, Pharlon and his team have witnessed the impact of his program on thousands of Flint-area youth from elementary age to high school: better retention of academic concepts, improved self-confidence, better public speaking skills and a lot of smiles. All this comes from metered phrases put down on paper by youth during songwriting workshops held at several area schools and youth centers.

What kinds of words? Positive words about life, friends, family, dreams, school, reading, even math and science – words that make learning fun while helping kids sort out their feelings and goals, always aiming to better themselves. Mix those soulful words with Rhythm & Blues, and the lyrics tend to stick with the kids well beyond the doors of the classroom. These are the kinds of lasting experiences they take with them into adulthood. 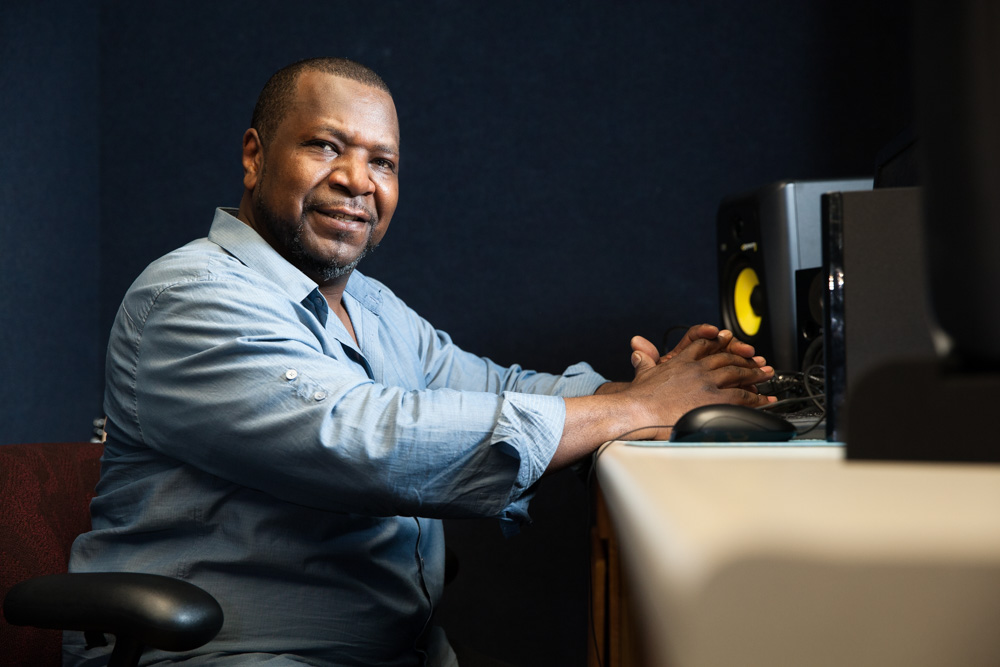 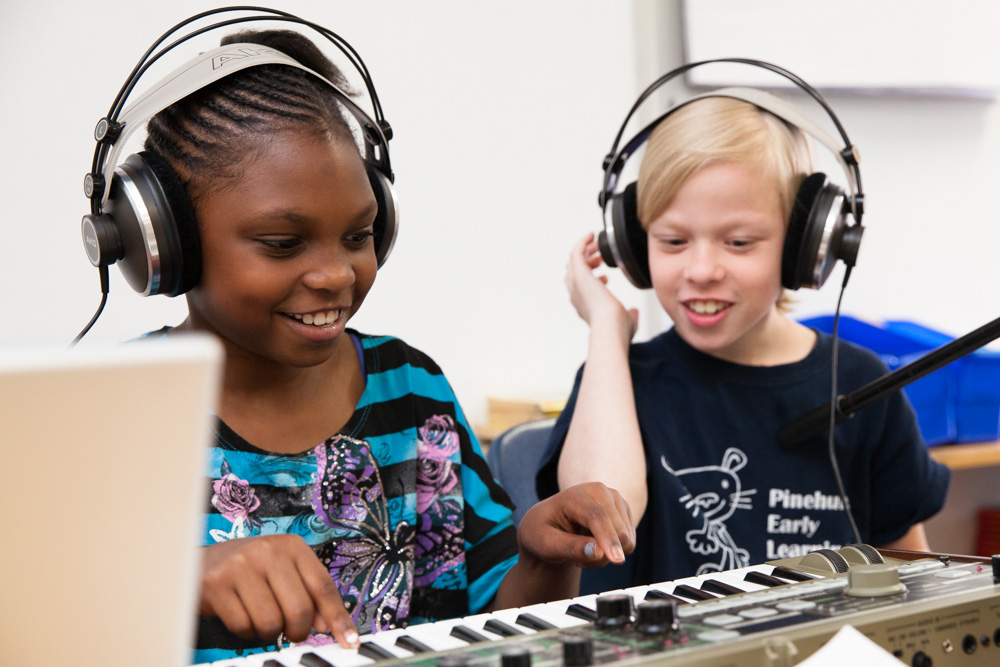 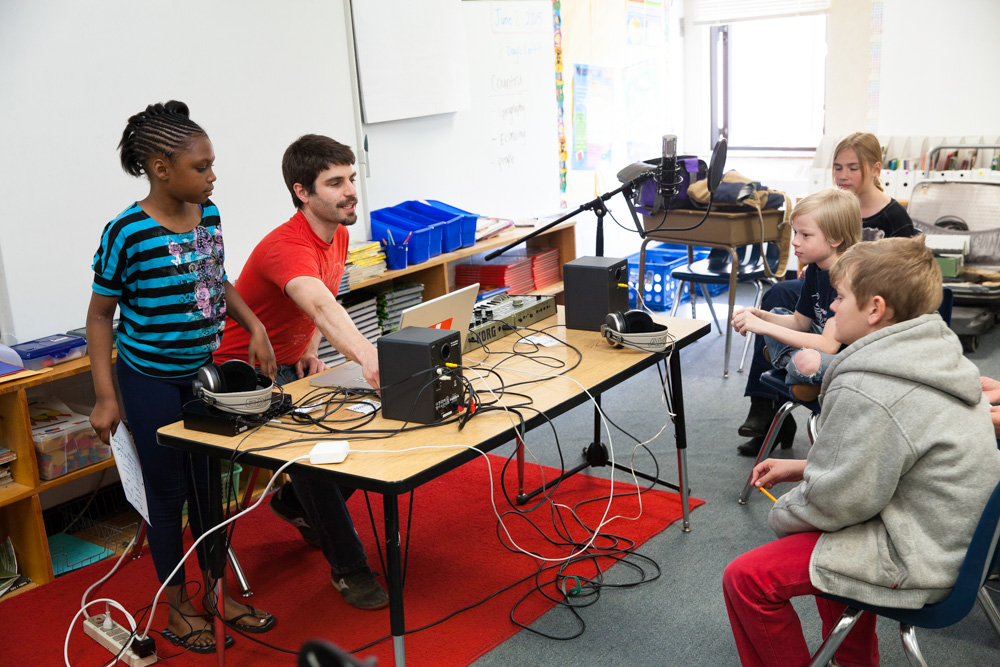 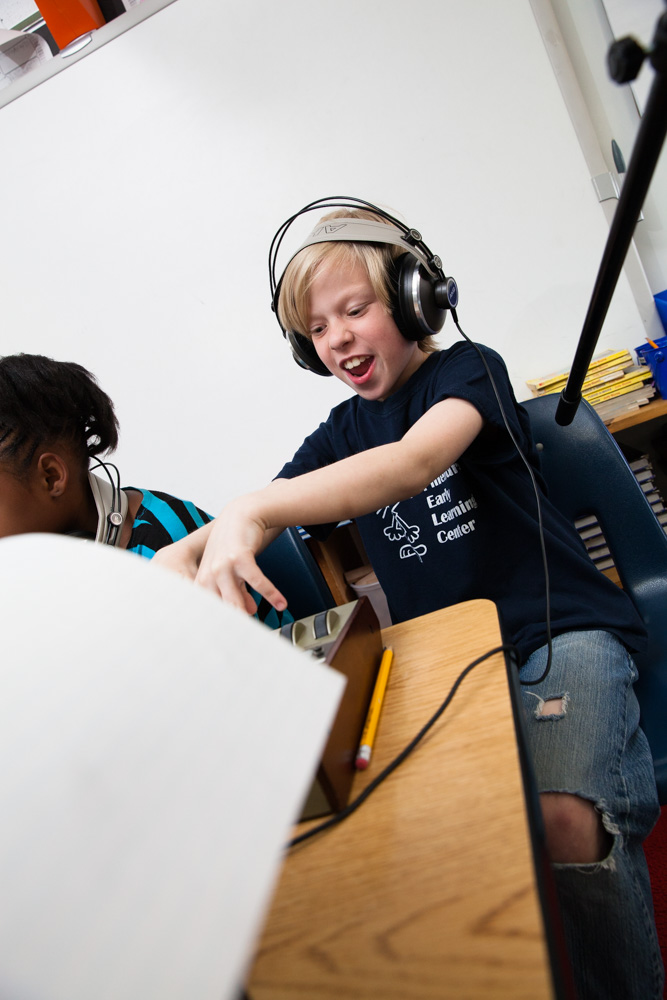 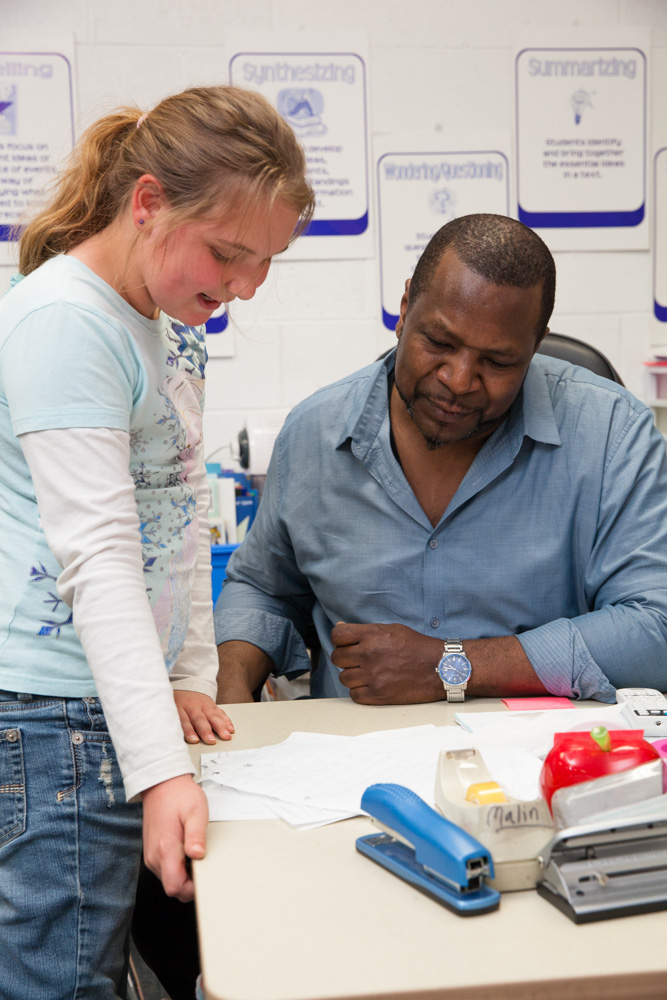 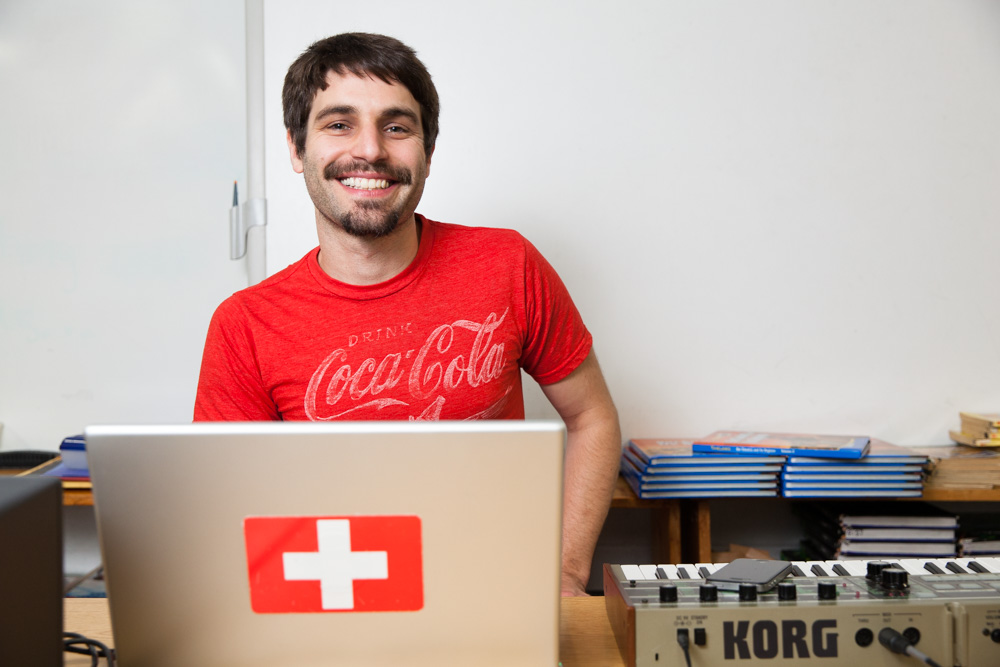 Studio on the Go is an off-shoot of Pharlon’s own Bangtown Productions & Recordings business and receives support from the Ruth Mott Foundation. It all started in 2006 when he agreed to volunteer for a whole day at Swartz Creek Alternative Middle School, showing kids how to make and record their own songs. Next he traveled to Kalamazoo schools and also volunteered with Very Special Arts of Michigan, reaching people with disabilities, before building the program in Flint.

“I feel great that it provides opportunities for musicians, audio producers and film producers to mentor and connect with youth in their communities,” says Pharlon. “It’s a great opportunity for youth to learn from professionals and get that experience since music and arts classes are the first things usually cut from school budgets.”

The time Pharlon spent working as a Mt. Morris school bus driver inspired him to work more closely with elementary-aged kids and teens, tying his love for music into an important educational resource. He has taken his team to Flint area schools, Haskell Community Center and the Boys & Girls Clubs, as well as schools in Kalamazoo and Grand Rapids. Other current Studio on the Go staff include Mark Taylor, Ben Schlatter, DeAndre Golden, Brady Gasser, Aleah Moses and Che Jordan.

“It shows that you don’t have to be famous or have to wait to ‘make it’ before you give back. This started from volunteering. You can go out tomorrow and make a difference by giving.”

Kids in the Studio take pride in working through the sometimes complex creative process of songwriting, counting measures and arranging phrases to match the beat, then practicing the set repeatedly before performing with their peers in a supportive atmosphere. Instructors provide some guidance with the lyrics and rhythm to pull it all together. For many kids, the result is increased literacy and self-esteem. “It helps the younger ones in kindergarten through second grade with writing words and increases their confidence,” Pharlon says.

Student performances are videotaped so that others can see their productions online, and it also gives students a chance to practice making cool music videos. The program has completed projects with TV celebrity Terry Crews, author Christopher Paul Curtis and Flint karate masters Jacky and Dora King. Videos produced by Bangtown Productions have won national awards, and the program continues to expand. A new off-shoot program is Radio on the Go, which is currently in the planning stages with leaders in the Grand Rapids area. “It’s going to work hand-in-hand with the songs that kids produce here and it’ll involve interviews and production,” Pharlon explains.

Some Flintstones will recall Pharlon’s musical career beginnings when he was a teen in 1985 playing keyboard in the Flint band Yourz Truly and later, Fo Deep. He worked for Flint Mass Transportation Authority as a maintenance technician and later began driving buses for Mt. Morris Schools, then started Bangtown Productions in 1996. When he was 22, he lost his parents Martha and Samuel Randle and had to take on significant responsibilities at home. His father died suddenly in December 1992 and his mother died of illness in the following spring. Pharlon feels that his parents have guided him in spirit as he began developing Studio on the Go and bringing it into classrooms.

“I’m very rewarded by it,” he says. “It shows that you don’t have to be famous or have to wait to ‘make it’ before you give back. This started from volunteering. You can go out tomorrow and make a difference by giving.”

Where Did the Studio Go?