January is National Soup Month and there’s nothing that warms your bones on a biting-cold winter day like a delicious bowl of steaming hot soup. Many Greater Flint restaurants have a remedy – some delectable soups that will fill you up and soothe your soul. Here are just a few bowls from some favorite soup spots that’ll make you want to grab a spoon. 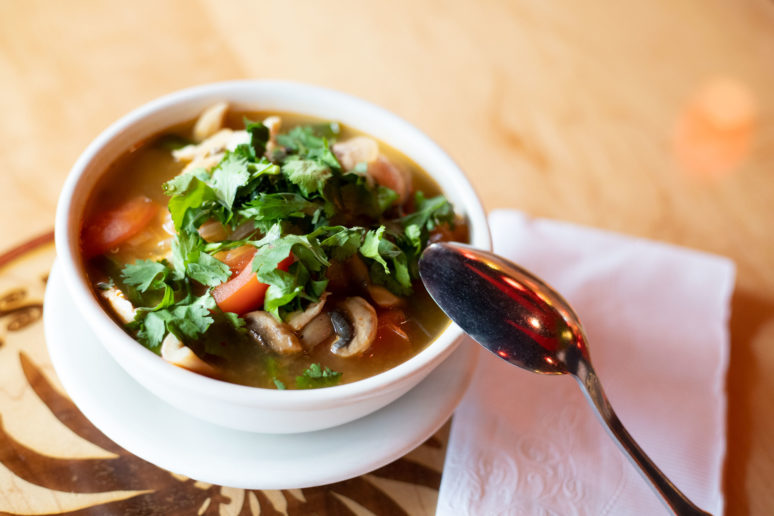 This tasty Thai soup is made with lemongrass, mushrooms, onion, tomato, Thai herbs, lime juice and cilantro. You can make it heartier with a protein: chicken, beef, pork, imitation crab, scallops and shrimp, or tofu and mixed veggies, and choose a spice level from mild to screaming hot. “A lot of people like the higher spice level in the soup,” says Bangkok Peppers Co-owner, Charna Flynn. “It will really warm you up on a cold day.” 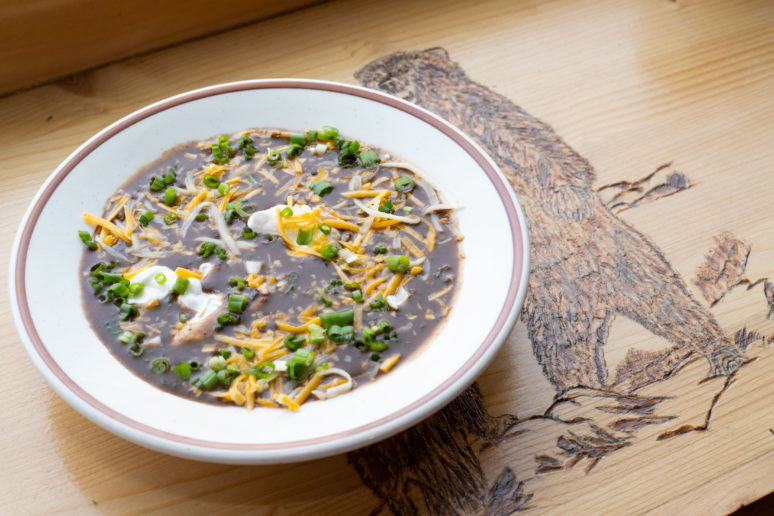 A signature soup and customer favorite, the Tequila Black Bean Soup is very hearty, gluten-free and vegetarian, according to Bear Soup Deli Owner, Terry Kerouac. “We sell gallons of it!” he exclaims. “All of our soups are popular.” The Cheese & Broccoli Soup is also a big seller. “There is always a pot of house-made soup bubbling away on the stove,” he adds. 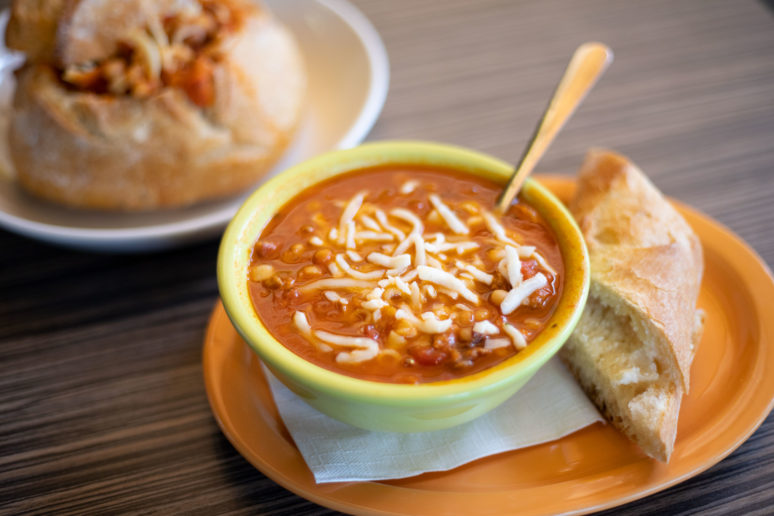 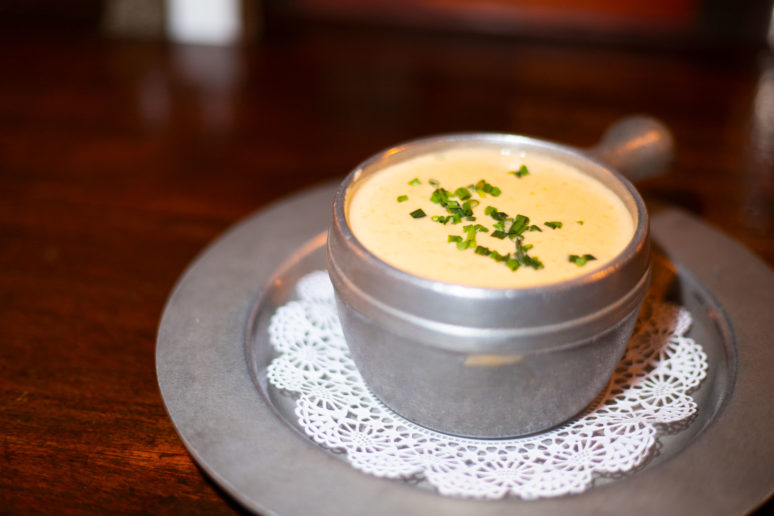 Fenton Hotel Owner, Nick Sorice, says he has served his delicious Shellfish Bisque made from the same recipe for 35 years. “It is very popular,” he says. It’s on the menu every day, along with their very popular French Onion Soup and a Soup of the Day. The Shellfish Bisque is made with a creamy lobster and sherry wine base, shrimp, clams and scallops. 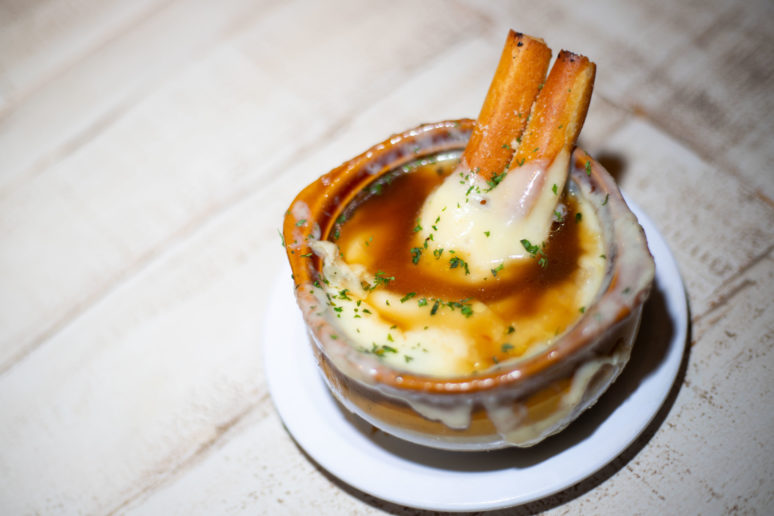 This bistro classic has been a customer favorite for many years. Fenton House serves the ultimate version made with homemade beef broth and caramelized onions, topped with gooey cheese and bread sticks. “The aged Swiss Cheese is key to getting the bubbling crust on top,” says Co-owner, Steve Kizy. “It’s rich, smooth and melts easily. Add our famous bread sticks on top and you have the experience of French Onion soup like no other!” 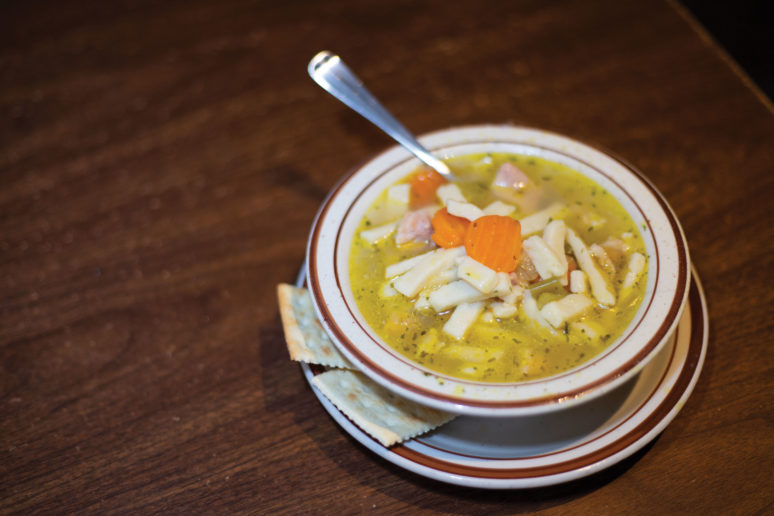 You’ve come to the right place for a good bowl of soup and people drive from all over for a taste of this comfort food classic, says Server, Carrie Frownfelter. “Michael comes in at 5am every day to make it,” she reports. The “to die for” soup is made with thick, homemade noodles and big pieces of chicken in a rich broth. The Soup of the Day is also very popular – Cabbage Roll on Thursday and hearty Ham & Bean on Sunday. “It’s so good,” says Frownfelter. 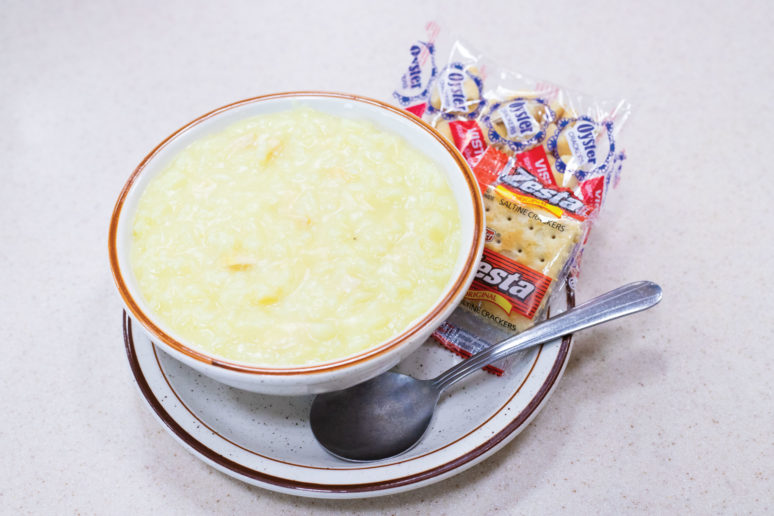 The customers’ top soup choice at all Leo’s locations, this yummy bowl of lemony deliciousness is a classic Greek recipe made with simple, light and fresh ingredients: chicken, spices, lemons, eggs and rice. 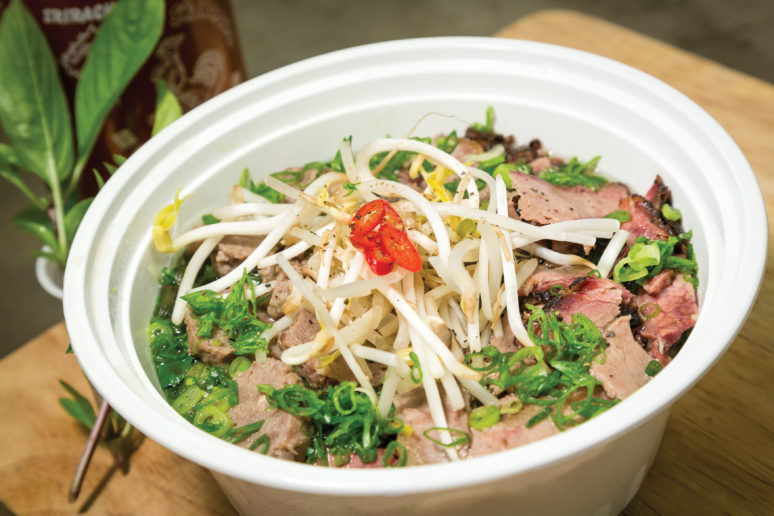 Flavored with ginger, cinnamon, Star Anise, cloves and other spices, this aromatic Vietnamese broth has fresh noodles, cilantro, Thai basil, onions, jalapeños and bean sprouts. Customers choose the spice level and can add proteins, such as filet mignon or smoked brisket. “Our Beef Pho is the favorite,” boasts MaMang owner and chef, Tony Vu. “It’s a bowl of love. It’s very nutritious and the best cure for a headache, cold or hangover. It just makes you feel better!” 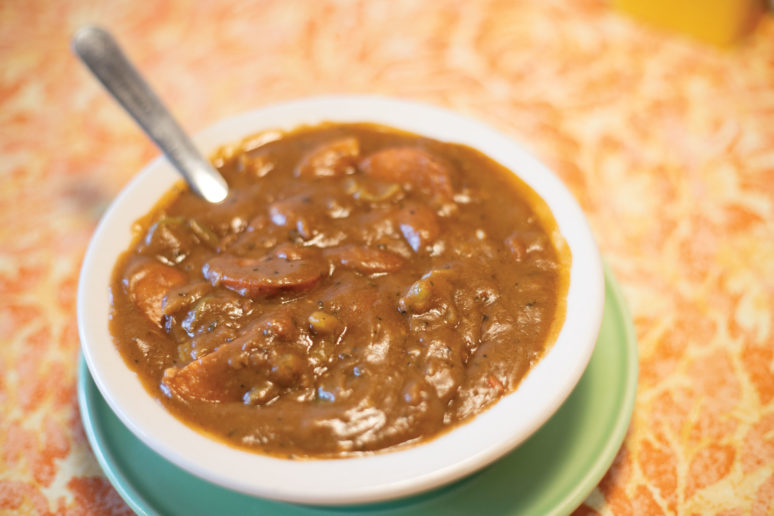 People drive from far away just to get a taste of this creamy creation, chock full of flavor and spices that add a bit of heat. The gumbo is also delicious served in one of Pesto’s French bread bowls. A daily variety of soups also includes tasty Shrimp Bisque, Hearty Roasted Garden Vegetable and Cheese-Crusted French Onion. 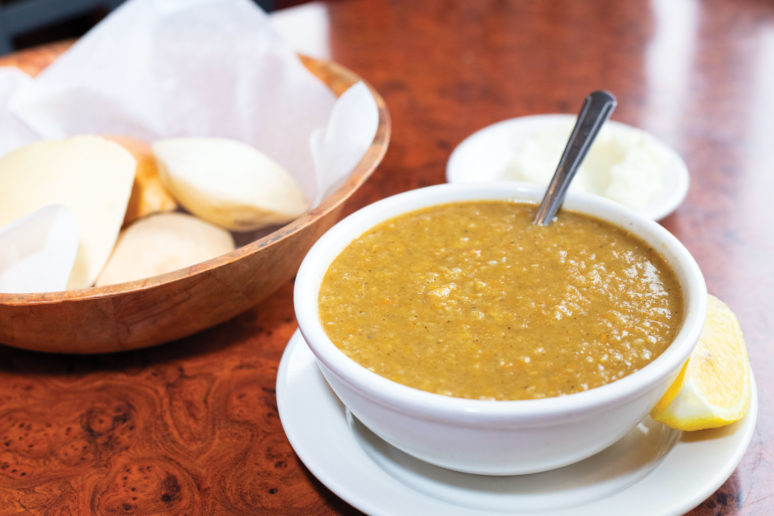 On a cold day, this is, by far, the most requested soup, according to Latecia Halloun, Taboon hostess. Made fresh daily in-house, the lentils are cooked down to a creamy texture and flavored with fresh garlic, onion and a variety of spices. “The soup has a smoky taste,” says the hostess. “We serve it with a fresh lemon slice, which adds a brightness to it.” 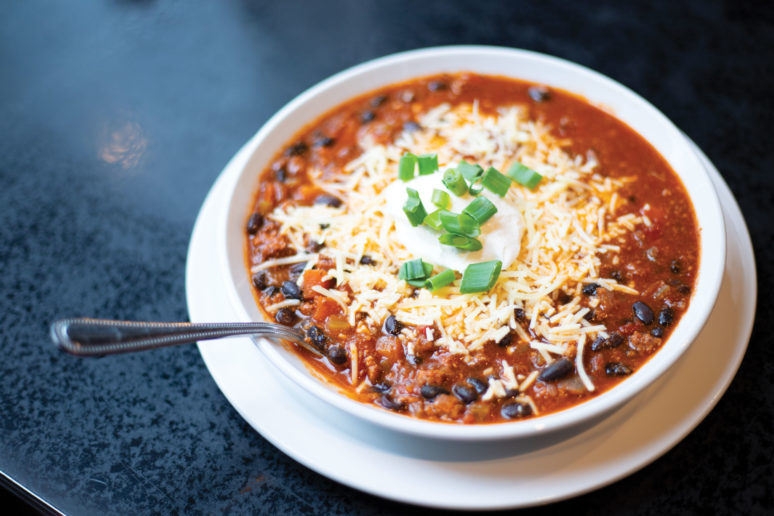 On the menu for 20 years, a piping hot bowl of Turkey Chili is one of the favorites at The Laundry, according to Co-owner, Mark Hamel. Sure to warm you up, it’s made with turkey, black beans and tons of fresh herbs, garnished with sour cream and Vermont cheddar. “It’s spicy but not overpowering,” says Hamel, “and it’s healthy.” The Laundry is also well-known for its French Onion Soup. 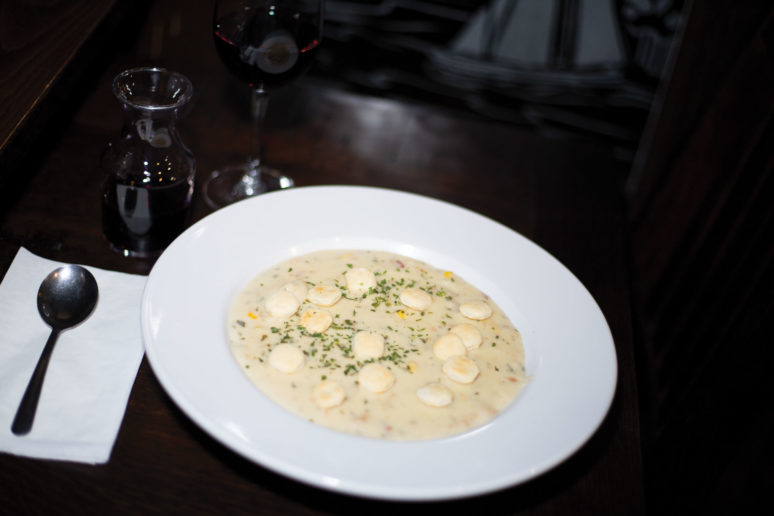 Made from the same family recipe for 50 years, this creamy chowder is the Davison eatery’s most popular soup, according to Co-owner, Scott Hilgendorf. The delightful soup is house-made with fresh, diced jumbo clams, heavy cream, carrots and lots of other goodies. “We make about 20-25 gallons a week and it is featured on our salad bar every Friday. Our customers love the chowder,” Hilgendorf says.