Shari Burdt will celebrate her 75th birthday in October, and according to her good friend, Jeniel Payne, Burdt is “the busiest lady I know!” Payne goes on to say, “I just hope that someday I can be like her, helping all these kids and the community.”

A Flint native, Burdt graduated from Flint Northern in 1960, took classes in early education at Mott Community College and has worked in education for about 40 years. Before that, she traveled the country as an entertainer. “I was a singer and dancer,” she recalls. “I was on ‘Ted Mack’s Original Amateur Hour’ – that was before all of the ‘So You Think You Can Dance’ shows. At 15, I was on national television and I lost the competition to a spoon player!” She had a talent agent at seven years old and traveled all over with her family for years, even auditioning with the Rockettes. “They had open auditions, but you have to be 5’ 7” and I’m not even five feet tall!” she exclaims. “But they let me audition, it was a fun opportunity and I loved it.” 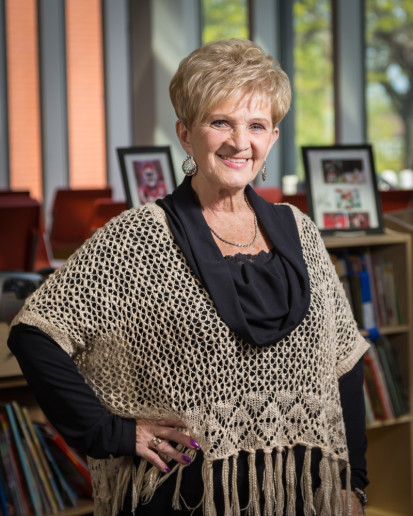 Burdt insists that being an entertainer was great fun and offered her many opportunities that she would never have otherwise had, even though she missed out on a lot through her non-traditional childhood. But, it seems she has held onto her active, fun-loving youth, using costumes she collected to dress kids for roles in school plays she helps produce, while also meeting the more serious needs of Genesee County children.

For 23 years, Burdt worked as a media specialist (the kids just called her the “library teacher” or Mrs. Burdt) at Stewart Elementary before moving to Doyle-Ryder Elementary in 1972. Due to budget cuts, she retired two years ago, but she wasn’t gone for long. When an AmeriCorps, MEC Reading Tutor position opened up at Doyle-Ryder, Burdt jumped at the opportunity and was right back to going above and beyond for the students, school and community.

There are 11 gardens around Doyle-Ryder, but when Burdt started working at the school, there were none. “When I came here, there was nothing – no gardens – and I said, ‘it’s a beautiful building. It should have pretty grounds’,” she shares. She called Bordine’s and asked if they could donate any plants. When she and a few ladies arrived at Bordine’s with her husband’s truck, Burdt discovered that Bordine’s was donating so many plants, she had to get two other people with trucks to help. “It took five trips to move them all!” she exclaims. So, she made a plan and assembled volunteers to do the planting. She also created a butterfly garden, which she claims is one of very few certified in Michigan.

Burdt was there in 2014 and 2015 when Doyle-Ryder suffered two major floods that destroyed the library, along with her costume collection she used for the children’s theatre program. So, she sprang into action and put Doyle-Ryder in the running for the “Reading Room Makeover” contest sponsored by the Detroit Pistons and Farm Bureau Insurance. Out of more than 45 schools, Doyle-Ryder won! The school received a library renovation and a visit from Detroit Pistons players.

Burdt’s friendly, caring personality and her willingness to ask helped launch another library at Doyle-Ryder. Right next to the open, window-filled atrium where she works with second-graders to raise their reading scores, is the Brandon Carr Oasis Library. Flint native and NFL star, Brandon Carr, is a former student and Burdt also worked with Carr’s mother for years at Stewart Elementary. She says she watched Brandon grow up and followed his progress from playing football for the Kansas City Chiefs, to Dallas, to the Baltimore Ravens. “He is a very humble and nice young man,” she says.

Carr donated a library to Doyle-Ryder and two other Flint area schools, including the shelving, books and bean bag chairs, all in memory of his mother. “They use the library to reward students for good behavior,” Burdt says. It’s also a place for students to go when they are having a rough day. “Or, if they are angry, they can go there for ten minutes, look at a book and be able to go back to class. The kids all like it,” she adds.

As media specialist, Burdt has done more than work in the library. “I’ve also done theatre with the kids at Stewart for years,” she says. And, she brought that love of theatre to her students at Doyle-Ryder, as well. Through Michigan State University, she applied for the “Disney Musicals in Schools” program, whose mission is to build “sustainable theatre programs in under-resourced public elementary schools by providing free performance materials and professional development to participating teachers.” The three-year grant provided training in Lansing for the teachers, a curriculum, scripts and music, as well as additional weekly support for the first year. The goal is for the school to establish and sustain their own theatre program. Last year, they performed their first Disney musical – Cinderella.

“The problem was that after the flood, we had absolutely no costumes left. Everything disappeared,” Burdt says. She started visiting resale shops, and then decided to ask someone she knew for help. She called Tim Beers, owner of Laurie’s & Timothy’s of Grand Blanc, because her daughter used to model clothing for them, and asked if he would donate the dress for Cinderella to wear. Instead, much to her surprise, Beers asked, “What sizes do you need? How many girls need dresses?” 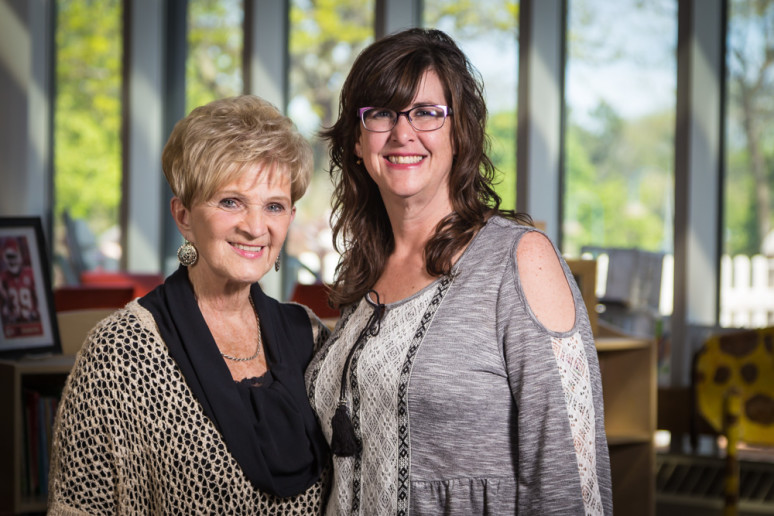 When Burdt went to the shop, Beers gave her enough dresses so that every little girl in the show had a formal dress to wear. “It was unbelievable,” Burdt smiles. She was even more surprised when the shop called her about a month later, wanting to know if Doyle-Ryder students wear uniforms. “They were clearing out their uniform inventory, so they donated it – over $40,000 in uniforms,” Burdt says. “The students got socks, hairbows, ties, everything.”

That donation was a jumping-off point for Burdt to continue asking and providing for students in need. She says that since people are still donating, Doyle-Ryder is able to keep a stock of uniforms and make sure that every child has at least two full outfits. “It’s not my job, but you do what you need to do. When there is a need, you take care of it.”

Burdt is president of Windmill Woman’s Circle, one of the groups that donates to the school. They have donated socks, undergarments, gloves, whatever Burdt notices is needed. She says that the Windmill Woman’s Circle began when they broke off from a national woman’s group because “nothing was being done in our community.” What once was the Windmill chapter became their own entity, with Burdt leading the way. The group started cleaning up highways, hosting baby showers for women from the pregnancy center, collecting diapers and clothing, and volunteering once a month at the Food Bank. “It’s a diverse bunch, retirees and young women from all walks of life who like working together,” Burdt says. 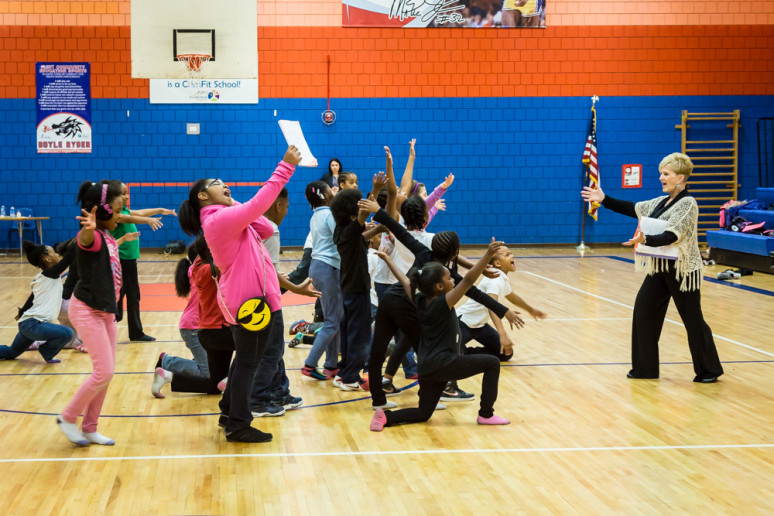 Through Windmill Woman’s Circle, Burdt met Jeniel Payne, the friend who nominated her for this “My Hero” story. “We met about 12 years ago when she came as a visitor to the group, fell in love with it and joined.” She says the group is like a family now, and the members support each other through good times and hard times.

Burdt says that when she found out about the “My Hero” story, she was very surprised. “Jeniel and I are good buddies, but I wasn’t expecting this!” she laughs. “It makes me feel kind of embarrassed. I do this because I like doing it, not for any recognition. These things just need to be done.” But, she adds that she loves the magazine, so she rose above her slight embarrassment to meet with My City.

“If they didn’t have Shari at the school, they wouldn’t have a lot of things,” Payne insists. To that, Burdt replies, “it’s amazing what you can find out when you ask for it. The worst someone can tell you is ‘no.’ Then, you just work a little harder until you get there.”