The history of the Flint Citadel Band runs parallel with the history of the City of Flint. The Salvation Army began its work in Flint in July, 1893. At that time, Flint was referred to as The Vehicle City, with its citizens mainly working in the manufacture of horse-drawn vehicles.

In 1904, the Buick Motor Company moved from Jackson, MI to Flint. To secure the necessary skilled personnel, advertising was conducted in engineering centers in both the U.S. and Canada. Among the first new arrivals to be employed by Buick were four Salvationist bandsmen from Canada.

It wasn’t long before other Salvationists began arriving to find jobs, from Brantford, Canada; Perth, Scotland; Keighly, Leeds, Hasting, and Plumstead, England; and Belfast, Ireland. It was natural that these former bandsmen from other countries would attend The Salvation Army and organize a band in 1905.

There were ten men and two women in the original Flint Citadel Band, organized under the leadership of Bandmaster, Orwin Shoemaker; but soon, many others joined the ranks. Shortly after its official installation, the band made its first tour, visiting cities in the Upper Peninsula.

In more recent years, the Flint Citadel Band has traveled to cities in the Eastern U.S., the Midwest and Canada, and has given continuous service to God and man. 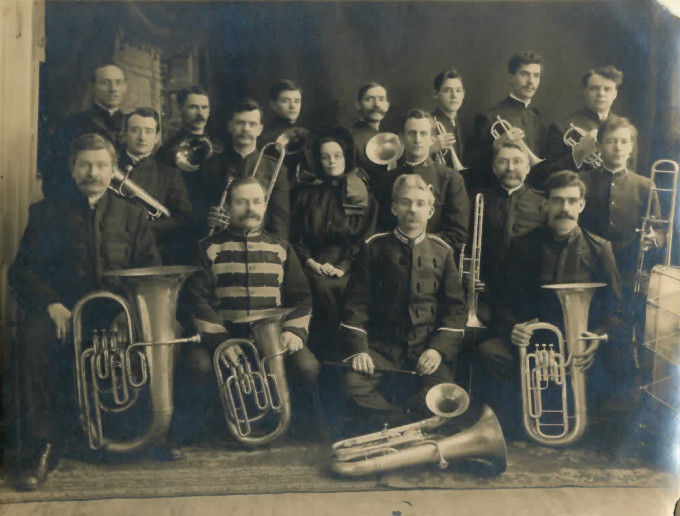 The Salvation Army and the Auto Industry

To get a proper perspective on the early days and the Army’s early growth, focus must be given to the industrial development that was taking place in the City of Flint. The growth of Flint in the late 1800s continued into the 1900s and as General Motors went, so went Flint. In December, 1903, David Buick hired William Edward Beacraft of Guelph, Ontario, the third person hired as a skilled tradesman. The Beacraft family members were long time Salvationists, and William and Grace played brass band instruments. One morning in 1904, Mr. Buick paused beside the bench of Mr. Beacraft and said, “We must hire more skilled tradesmen, and it’s up to you to get them.”

Beacraft had a dream and a plan to benefit the Buick Motor Company and also fulfill his dream of a big band marching through the streets leading a host of shouting uniformed soldiers, shiny instruments pouring out Salvation melodies and scores of voices lifted in song and testimony. Beacraft has been called the “Father of the Flint Citadel Band.”

The first picture of the Flint Band was taken in 1907 with Orwin Shoemaker as the Bandmaster. Salvationists came from all over to fill the skilled labor jobs. GM had their skilled labor – and William Beacraft had his band.

In 1913, a financial appeal was made to a great friend of the Army, J. Dallas Dort, president of the Dort Carriage Company and well-known philanthropist, to ensure the representation of the City of Flint by its Salvation Army band at the great International Salvation Army Congress in London, England in June of 1914. Dallas Dort’s financial campaign was a success and the band’s expenses were guaranteed. They made the transatlantic voyage on the steamer, Olympic. 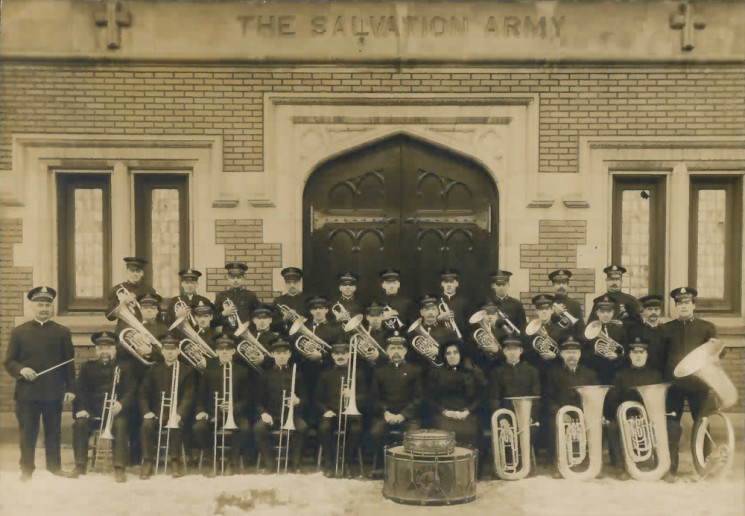 Matthew Rowland has been Bandmaster for the past seven years. Band members are all volunteers, including the Bandmaster. The membership ranges in age from 15 to 70-plus years old. Occupations of the 33-member, all-brass band include educators,  nurses, engineers, homemakers, bankers, skilled tradespeople and other professionals. “We are all Salvationists and corps. members,” Rowland reports.

The band performs two annual concerts – the Annual Thanksgiving Concert and the Spring Concert, which is on May 19 this year. For the past four years, they held Christmas concerts at various churches. In December, ensembles from the band play Christmas music in various area shopping malls to raise money for The Salvation Army Christmas effort. The band is the major music component of the Worship Service held every Sunday. There is also a 40-member choir, The Songsters, that performs at the Sunday services.

“It’s a family group,” reports Rowland, a fifth-generation Salvationist. “Many band members are related and all are active members of The Salvation Army Church in Flint.” Several members of Rowland’s family have played in the band over the years. A majority of the current members started out in the Youth Band program. “Not many bands can match the size and quality of the Flint Salvation Army Band,” says the Bandmaster. 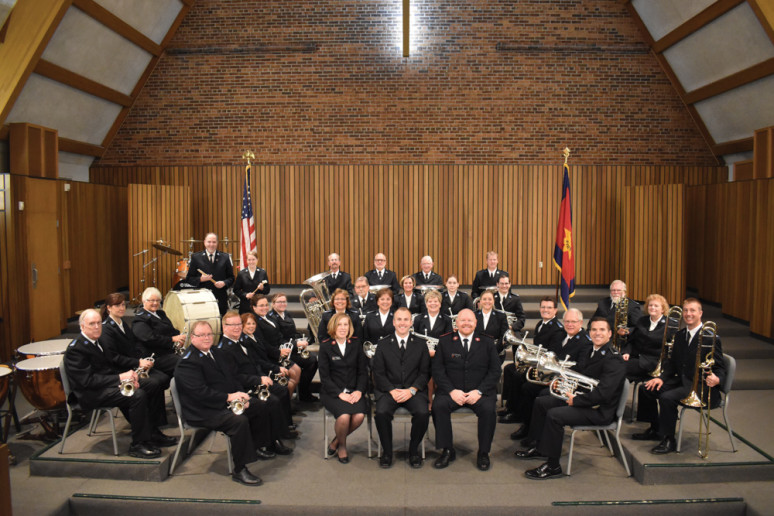 The History of the Salvation Army

The Salvation Army, an international movement, is an evangelical part of the universal Christian church. Its message is based on the Bible and its mission is to preach the gospel of Jesus Christ and to meet human needs in His name without discrimination. The organization has been providing spiritual ministry, emergency assistance for basic needs, and programs for children and families in Genesee County since July, 1893. 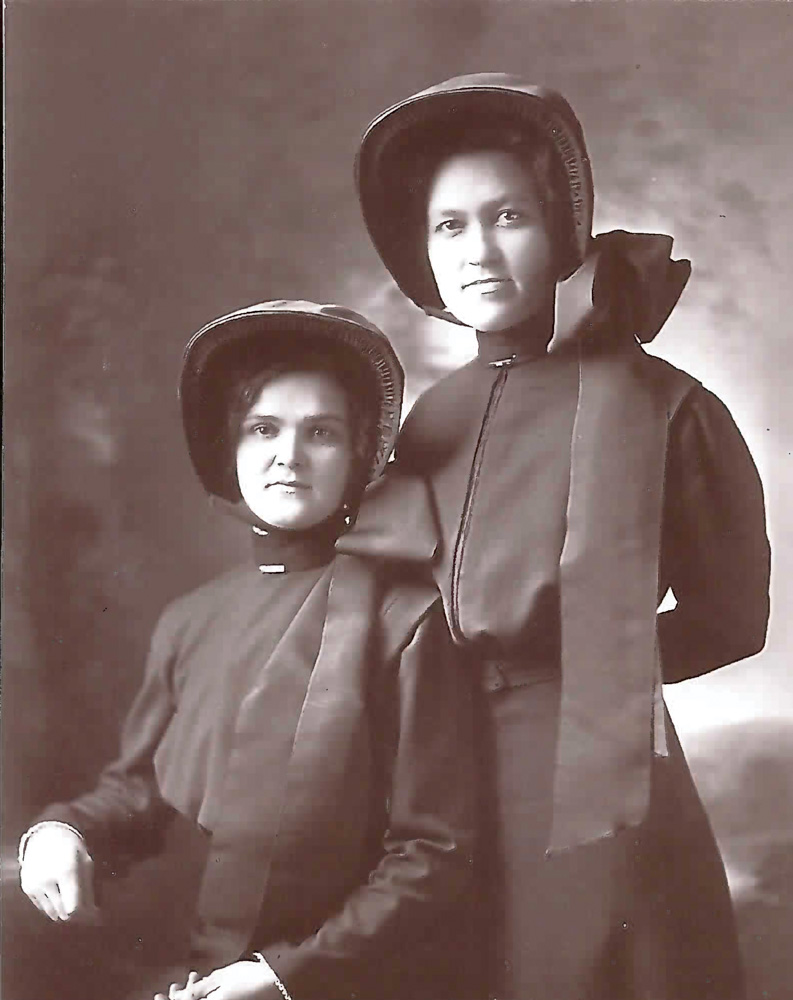 William Booth, who founded The Salvation Army in London, England, in 1865, dedicated his life to preaching the Gospel and serving suffering humanity. Through its work, the Army found that the main issues facing people were an inability to buy food and clothing; the fear of losing their homes; a lack of jobs and employment opportunities; and the health and culture of a poor society. These issues have remained throughout their 150 years, and still today in Genesee County, there are families losing their homes to evictions or foreclosures, residents struggling to keep food on the table and pay their utility or water bills. Daily, many of the most vulnerable in our community turn to The Salvation Army for help.

For 125 years, The Salvation Army of Genesee County has continued William Booth’s work by addressing the most basic spiritual and physical needs. Legions of Genesee County’s residents have been helped by the Army since 1893 and tens of thousands more have helped the Army in its mission to share the love of God through service to others.

This momentous occasion will be celebrated with a concert including special guests, Chicago Staff Band. The free community performance will take place at 7pm on Saturday, May 19 at The Whiting, 1241 E. Kearsley St. 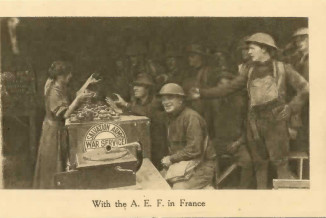 During World War I, in an effort to provide some of the comforts of home, female volunteers and Salvation Army officers set up huts near the frontlines and provided warm meals, clothes-mending services, postage stamps and writing supplies, and homemade treats for the U.S. soldiers. They were known by the soldiers as “donut girls” or “angels in helmets.”

In 1917, two Flint Citadel women, Adjutant Grace Beacraft and Envoy Celia McDougall, were two of the first 12 women to go to Europe with the American Expeditionary Force. Since 1917, The Salvation Army donut has symbolized the organization’s loving concern for those in the Armed Forces.

In The Salvation Army, the term “songster” refers to a soldier (member) who is commissioned to sing in a Salvation Army choir, which is called a Songster Brigade. When a soldier of The Salvation Army wishes to join a Songster Brigade, he or she signs an agreement and is subsequently promoted to the rank of Songster. The Songsters were few in numbers in the early years but reorganized in 1916. The 35-member Brigade remains to this day a potent force in the history of Flint Corps’ service to God and the people of Flint. 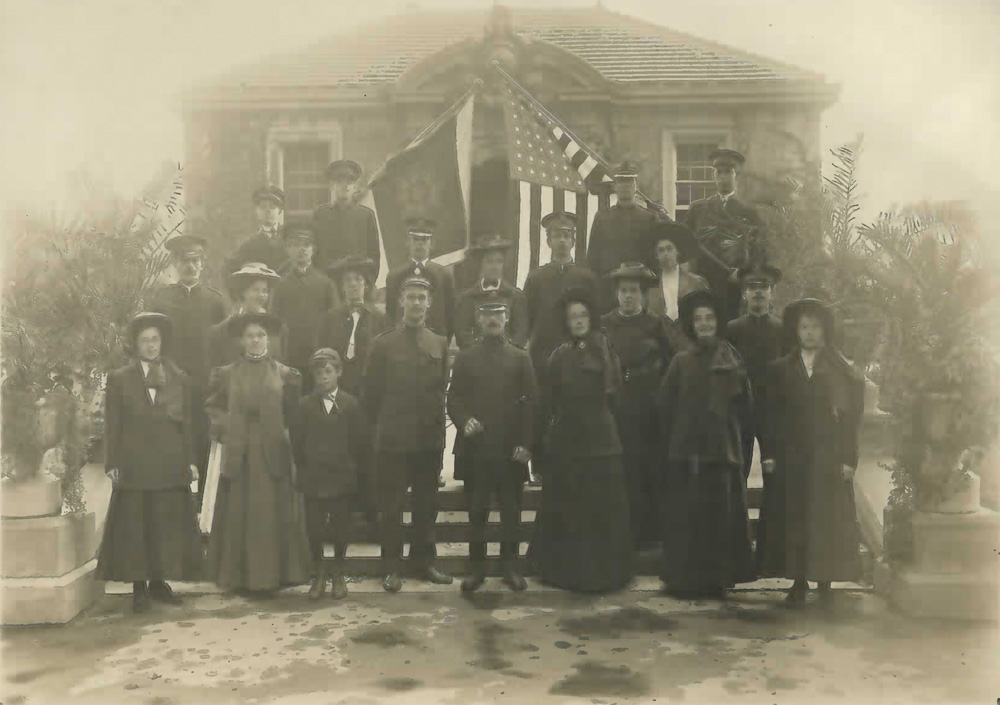 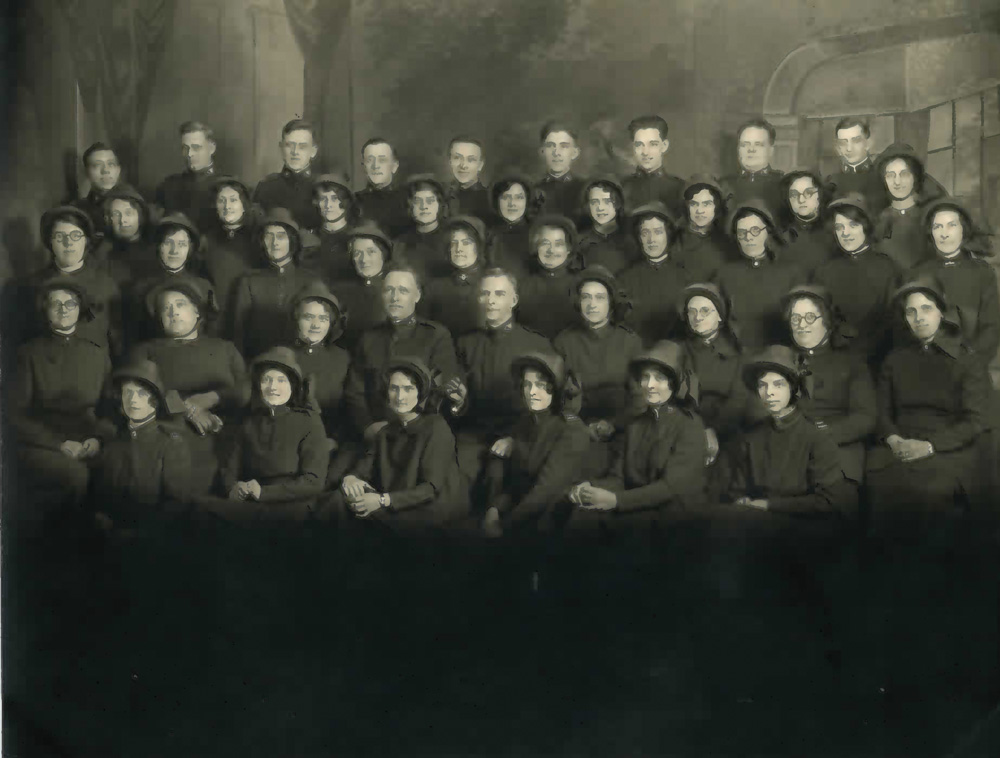