Dinner at Sagano Japanese Bistro & Steakhouse isn’t just a meal – it is an experience! Hungry guests sit around hibachi grill tables as highly-skilled chefs put on a knife show, slicing and grilling vegetables with flair, cooking meat as flames shoot from the grill, while simultaneously preparing rice and noodles. “Something magical happens when it all gets put together,” says Ino (Shiro) Inoue, who along with his wife, Inja, are the faces of the restaurant and original owners of the Japanese Bistro that has a loyal following of local sushi lovers. 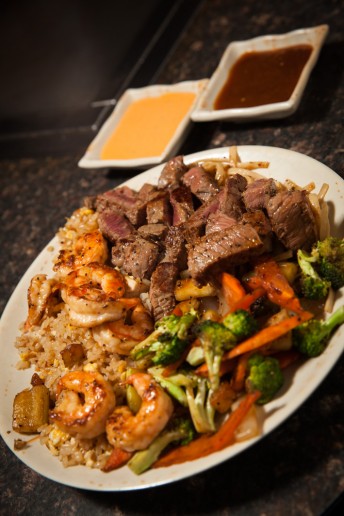 Due to its growing popularity, Sagano has expanded over the years with the help of a few silent partners. In 2005, ten more hibachi tables were added – and the steakhouse was born! The Hibachi Express opened in 2010 for take-out, and they also built two private dining rooms. Since then, they have added three restaurants to the chain – Brighton, Clarkston, and the latest last year in Fenton. “Our Flint location was the beginning and is still our flagship,” says Ino, “and our Fenton restaurant is in a beautiful building. We are very excited to be there!” The restaurants are named after the area of Japan where Ino came from, Sagano.

The steakhouse dining experience begins with a fresh and crisp salad and clear, flavorful soup. “The food is of the utmost quality and all of our dressings and sauces are made from scratch,” boasts Ino. One favorite is Yum Yum Sauce, which some regular patrons say they like so much, they could take a bath in it. “What do you put in it that makes it taste so good?” the customers ask. Of course, Ino says the sauce is a top-secret recipe and will remain so! After soup and salad, the meal’s real magic begins. Diners are entertained by the chefs as they prepare the meat and vegetables on the flaming grill. “The chefs really put on a show for the kids,” says Ino. Meat choices include chicken, calamari, shrimp, scallops, steak swordfish, and salmon, along with assorted vegetables for grilling. “The experience is over-the-top!” Ino exclaims. The Hibachi Chicken is the most popular menu item, “but all of our menu choices are incredible,” Ino says.  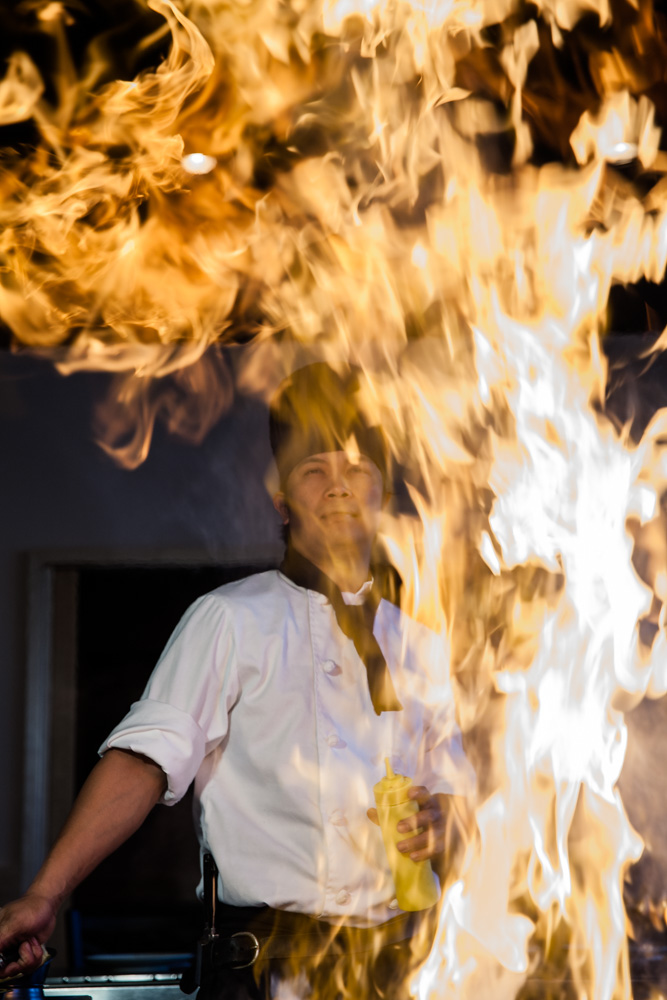 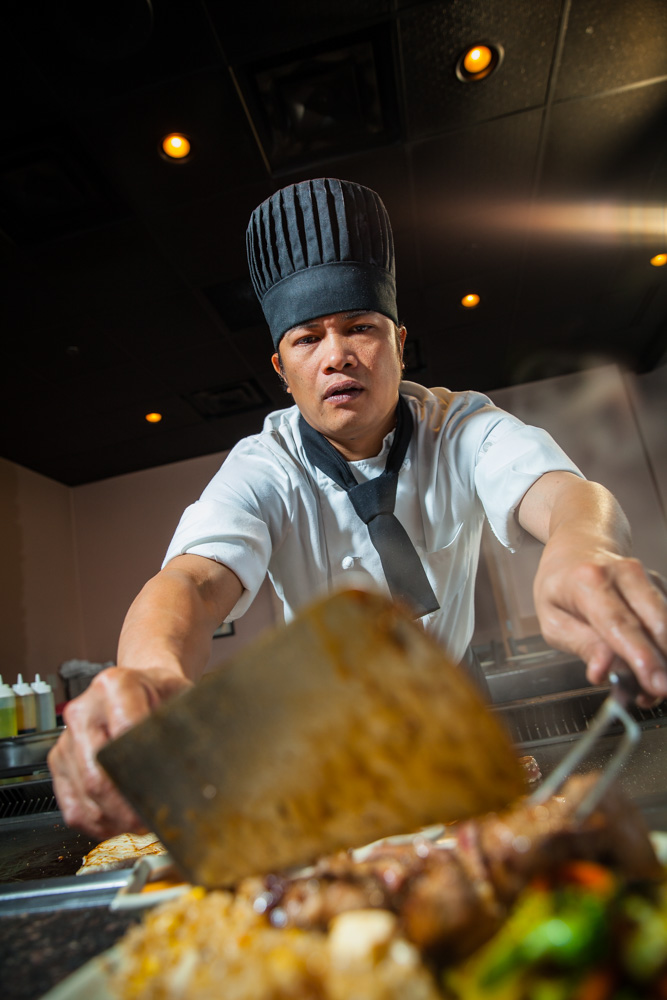 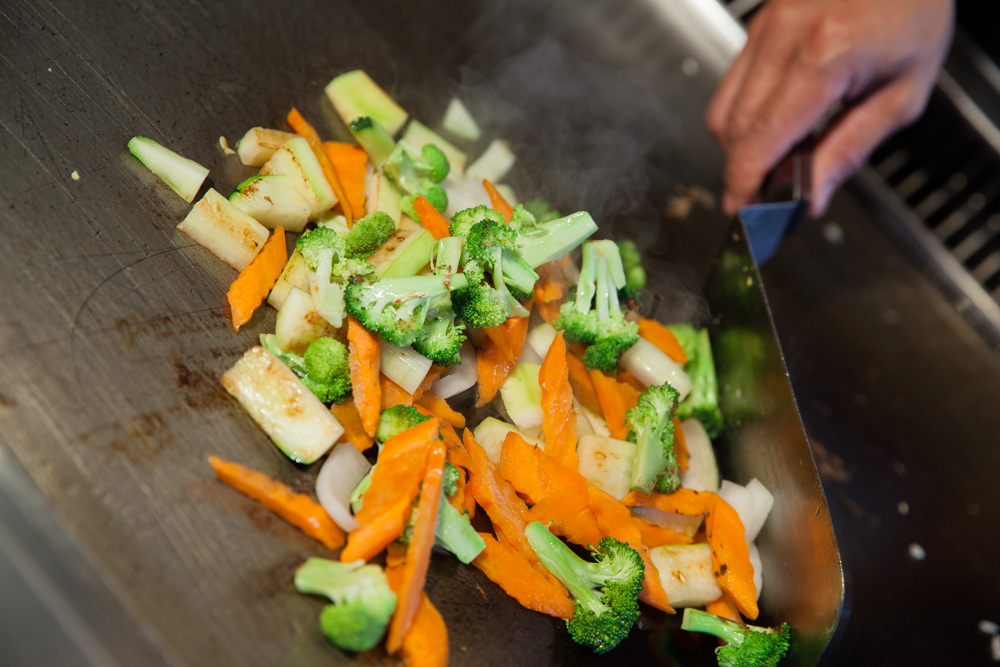 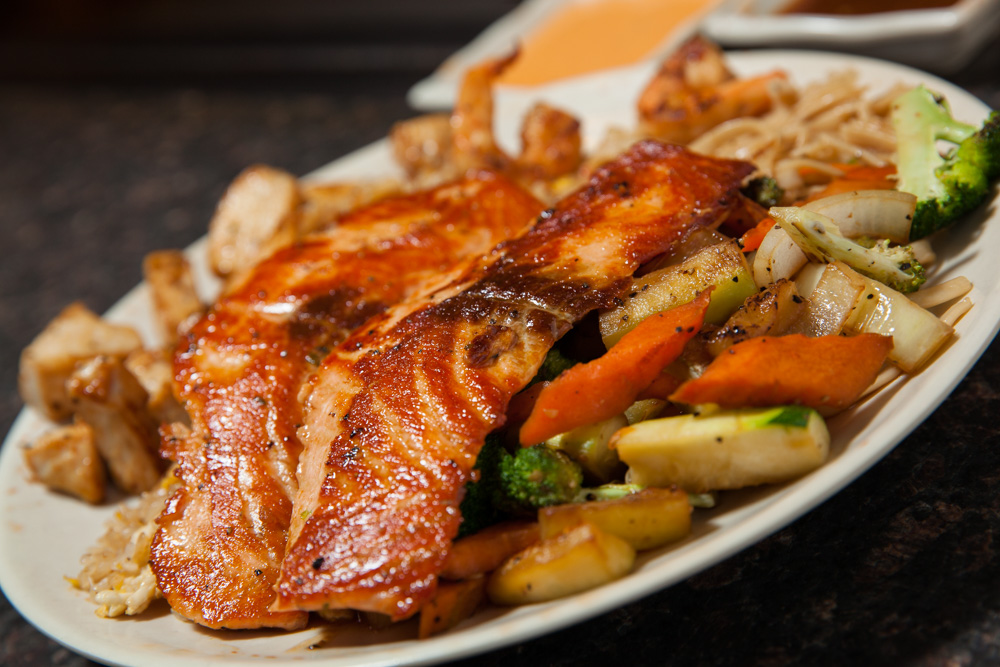 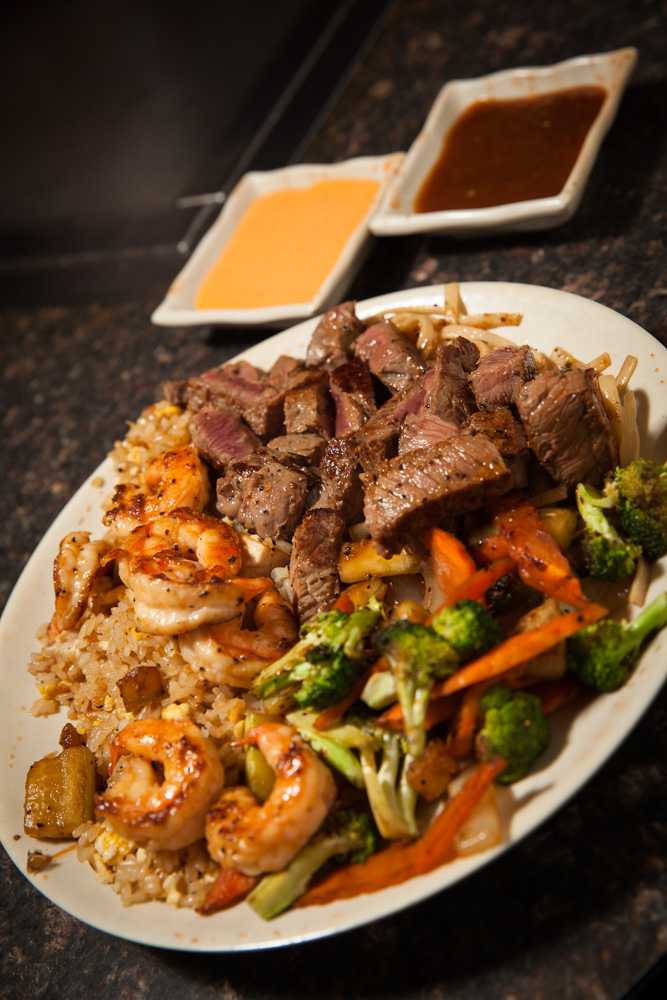 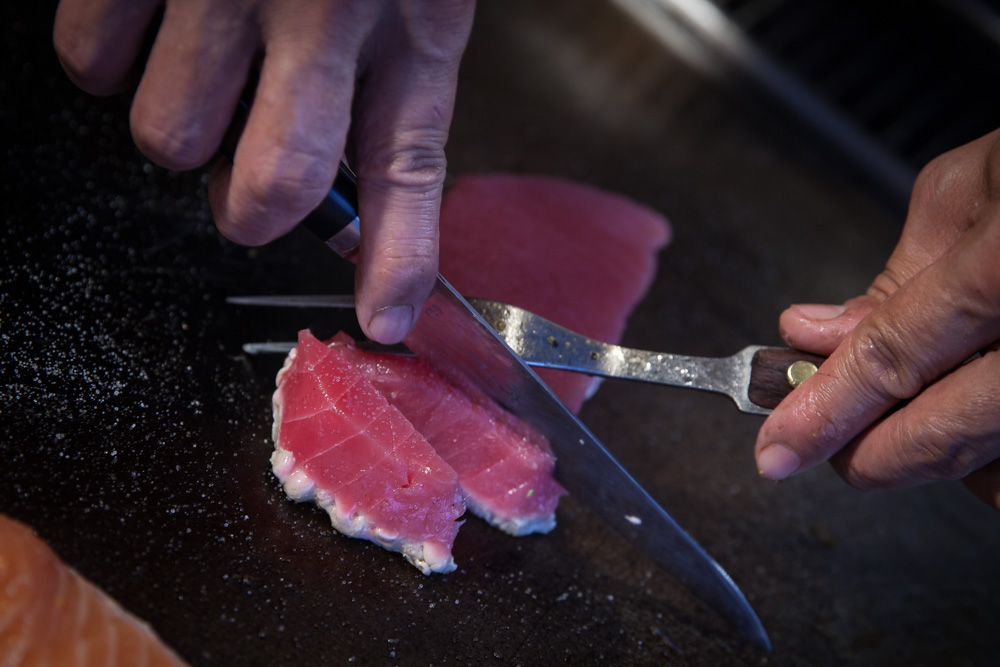 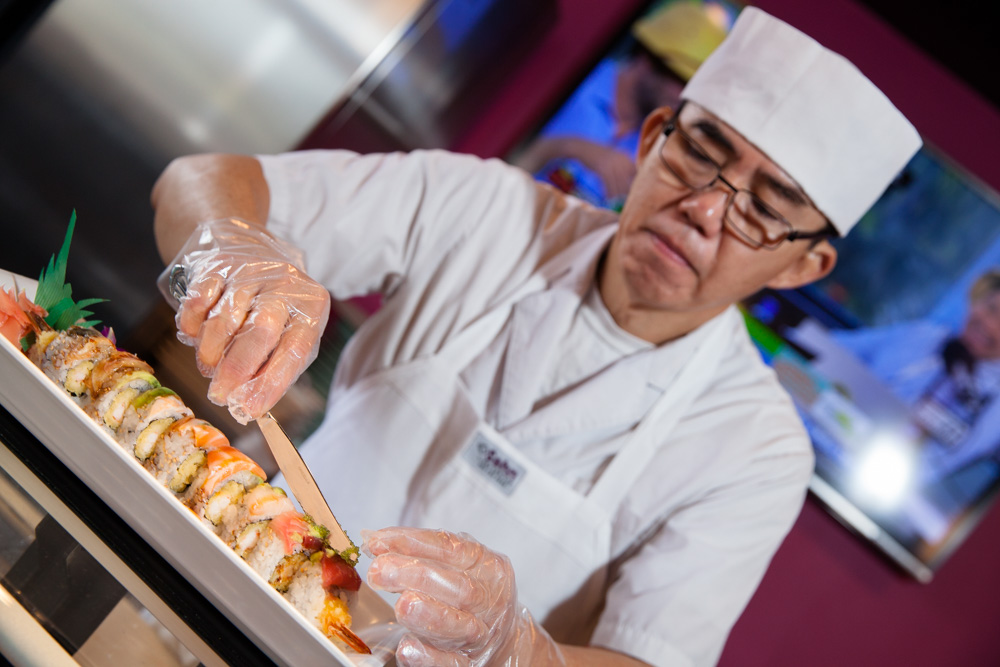 The Bistro side of Sagano is also very well-liked and the food is prepared in a separate kitchen, according to Ino, who is also a highly skilled and trained sushi chef. There is a delicious variety of sushi rolls: cucumber rolls, spicy California roll made of crab stick, avocado and cucumber with caviar on top, and the Sumo roll which is made with fresh tuna, shrimp, salmon, whitefish, yellowtail, kanikama, avocado, cucumber and eel, to name just a few. It is the high quality of the made-to-order sushi that brings regular diners back for more. A customer favorite sushi roll is called “From Russia, With Love” – spicy tuna in the middle, salmon and tuna on top, and topped with red, black and green caviar, eel sauce and spicy sauce. The specialty “Yummy Yummy” sushi roll is made with salmon, whitefish, tuna, kani and cream cheese – deep fried and topped with eel sauce, spicy sauce and caviar. The Bistro serves a wide variety of appetizers, noodles and soups, as well as teriyaki, tempura, deep fried and Bento entrées. 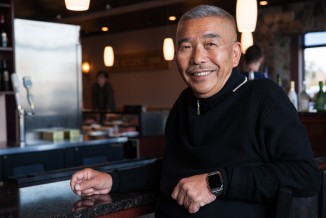 “The food is of the utmost quality and all of our dressings and sauces are made from scratch.” – lno Inoue, Owner

Sagano has become a destination for special occasions, from birthdays and anniversaries to graduations and weddings. Ino says the Tempura Banana Split dessert is a big hit for such gatherings. And because nine people can be seated at each hibachi grill, it is not uncommon to sit with other guests you may not know. Although unconventional, it has become a great way to meet new people. The restaurant stays busy all day long as the lunch menu (with smaller, less expensive portions) appeals to many young adults and seniors. A full-service bar is also available for those who wish to enjoy adult beverages, including sake. But it is the food and the experience that are the biggest draw. Why is Sagano so popular? “We make magic,” Ino says, smiling. “We are so grateful to the community that has supported us over the years.”