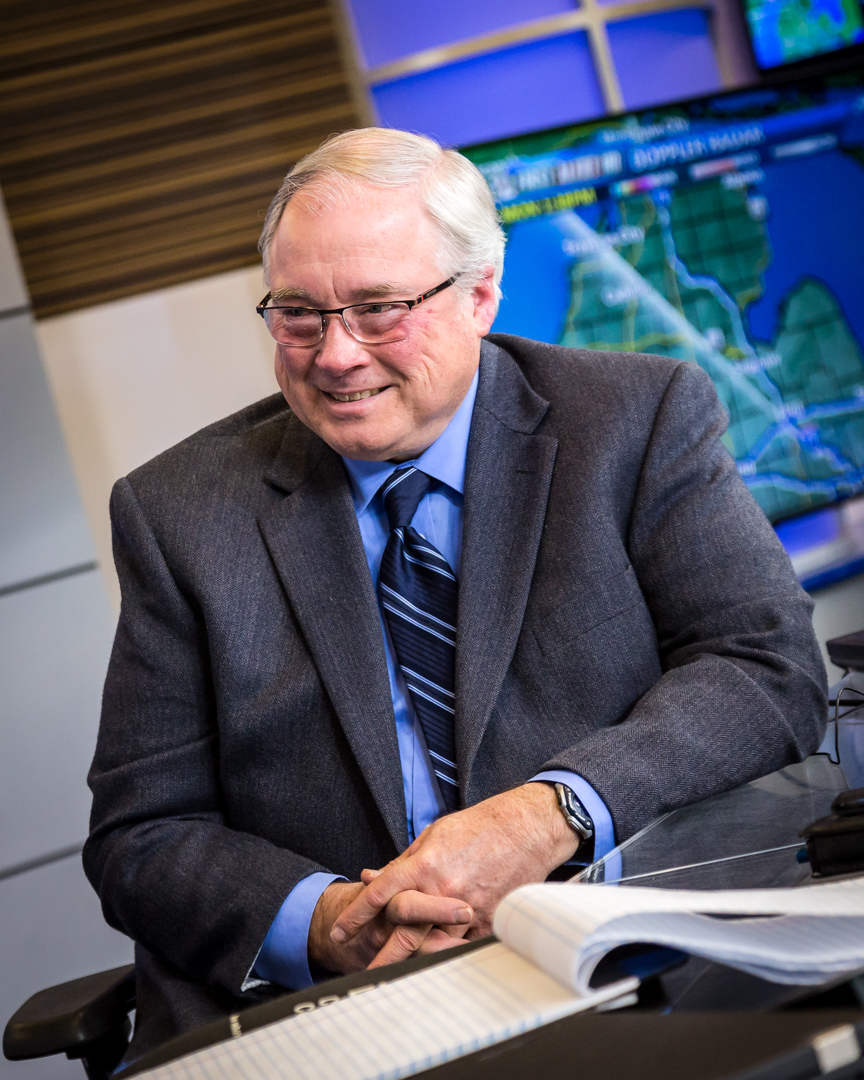 After 25 years on the job at ABC12, News Reporter Randy Conat has retired. His colleagues through the years all agree: Conat was not only a respected professional, but a genuinely nice guy, too. Born in Hillsdale, MI, he grew up on a farm in the little town of Reading. “I always had an interest in the news,” he shares, as he grew up watching respected TV newscasters the likes of Walter Cronkite, Dan Rather, Chet Huntley and David Brinkley. So, it came as no surprise that he studied journalism at University of Michigan-Ann Arbor, and built a career in the news business.

A long and impressive news background began for Conat at a little radio station in Lapeer. He went on to spend two years reporting for WTRX Radio in Flint, then worked at WKZO TV in Kalamazoo for nearly five years. Conat was also a video producer for Buick and when that contract ran out, he spent the next five years running the video production department at Hurley Medical Center. In 1992, he began working at Channel 12 News, starting as a videographer.

Conat was happy to share some career highlights and interesting stories with My City Magazine. One such story dates back to 1994, when the bell of the legendary shipwrecked freighter, Edmund Fitzgerald, was recovered in Lake Superior. The freighter sank in November 1975, losing the entire crew. The families of those who perished had hoped that one artifact would be recovered from the wreck to serve as a symbolic memorial. “I was on the recovery ship, 17 miles off the shore of Lake Superior,” Conat recalls. “I was one of the first people to touch the bell.”

As an aviation buff and a pilot himself, one of Conat’s greatest thrills was flying with the Blue Angels in 1998 at Willow Run Airport in Wayne County. “I was keenly interested in flying with them; I got to ride in the backseat,” he recalls. “I could not believe the amount of pressure or force you feel during a high-G maneuver! They did all kinds of twists and spins – and I didn’t throw up,” he says with a smile. 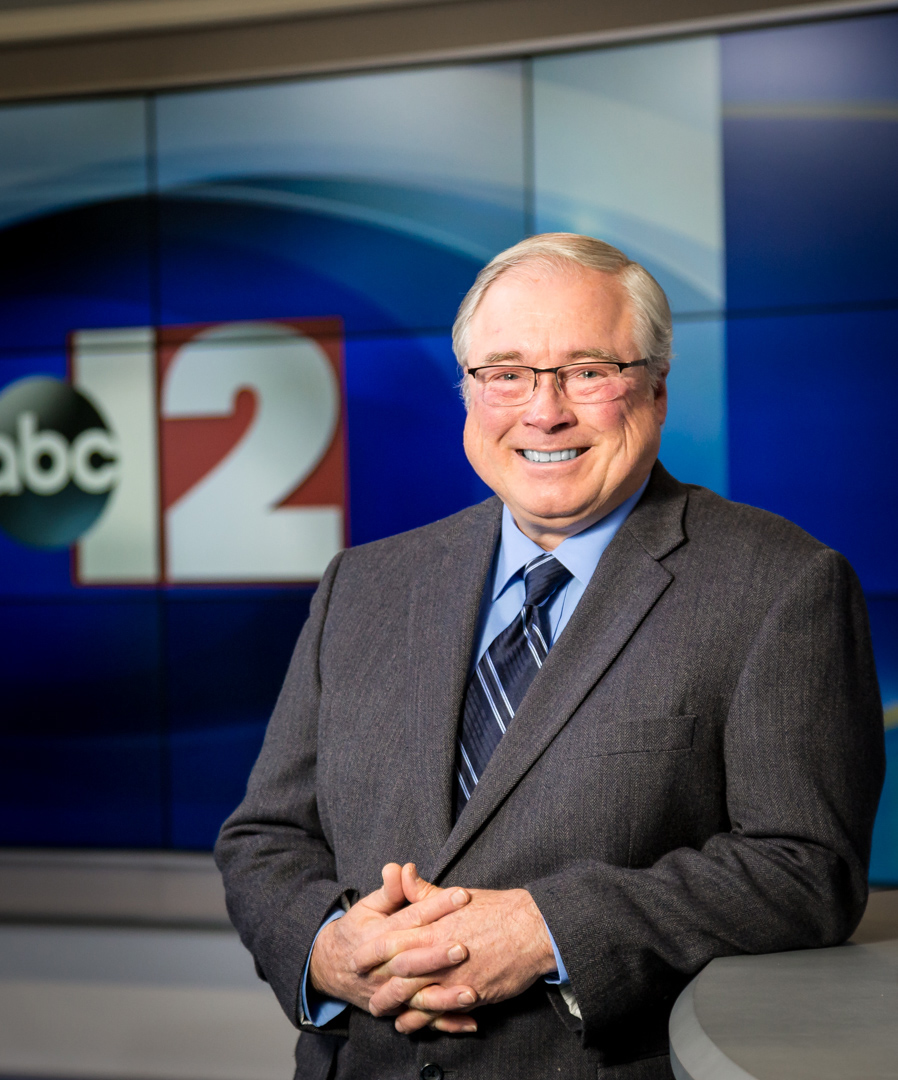 Another highlight for Conat was getting to fly a B-29 World War II bomber from Cape Cod, Massachusetts to Flint for an air show. “Flying is one of my hobbies,” he shares. “I took lessons when I was 16 and got my pilot’s license when I turned 18. It’s been a few years, but I plan to pursue it more, now that I’m retired.”

As can be expected, reporting the news sometimes presented challenges for Conat. He remembers being sent on an assignment to Flint’s north end on a very hot, Sunday afternoon. It was reported over the police scanner that kids had opened some fire hydrants to cool off. “I was assigned to get some shots of the kids playing in the water,” he remembers. While he was doing that, a passerby threw a piece of concrete into the air, striking Conat on his head, and he began bleeding profusely. “I was all alone on that shoot,” he shares. He went to the Flint Fire Station, where firefighters gave him first aid. He then drove himself to Flint Osteopathic Hospital where his wife, Karen, worked. The wound required several stitches.

Something that Conat says he’ll always remember is watching the implosion of Downtown Flint’s iconic Genesee Towers building in 2013. “They let us watch from the corner of Kearsley and Harrison Streets and do a live report.”

What did Conat like best about being a news reporter? “It’s a different assignment every day,” he says. “It’s never boring. It’s fast-paced – there is always something going on.” He also liked reporting stories with happy endings. One recent report involved a three-year-old boy who had wandered away from his grandparent’s Genesee Township home. “The police were all there, a helicopter, and the City of Flint brought in a canine team. Everybody was searching in full force. Then, the canine officer found the boy. He lifted him up onto his shoulders and walked toward us with the dog. What a great shot! I got to interview the police officer. It was a good ending.”

His least favorite part of the job? “Dealing with tragedy, going to murder scenes, fatal fires and bad traffic accidents,” Conat replies. And, winter weather reporting was always bad. On one occasion, he was driving down 475 with the photographer in the passenger seat. Conat had just finished an on-air update when a car tried to pass them, going way too fast for the road conditions. “He spun out right in front of us, hit the guard rail and bounced back, coming right at us,” he remembers. “He didn’t hit us, but came close. It was too bad the camera wasn’t on so that the viewers could see how bad the roads really were.” 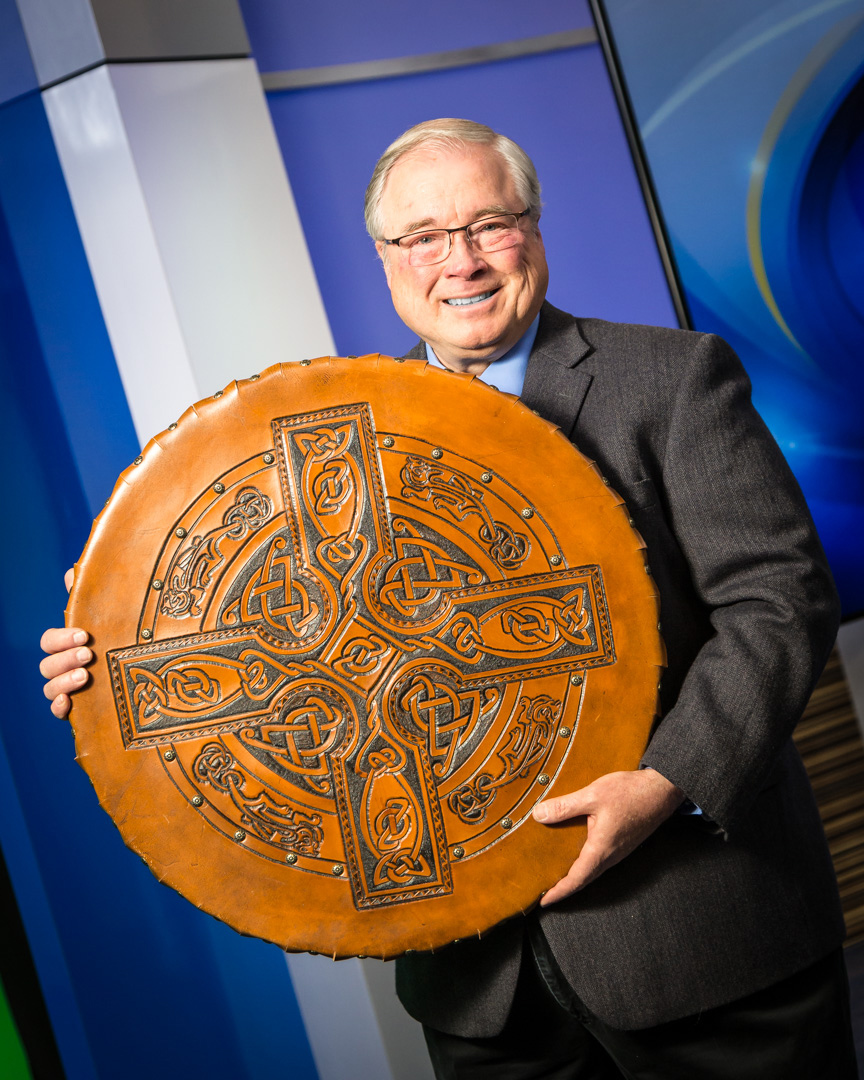 “It was a different assignment every day – never boring,
fast-paced – always something going on.”
Randy Conat

What Conat will miss most is the people he worked with through the years. “I’ve had so many great co-workers,” he says. “I met lots of politicians and got to see with my own eyes every U.S. President since Ford, when they visited Flint.”

Conat and his wife have two adult children: daughter Rebecca and son Robert, and two grandchildren, who he intends to “spoil more,” now that he’s retired. The couple plans to travel and already have a May trip to Hawaii on the agenda. He also plans to become more involved at his church, and start a leather-crafting business, which is something he learned in a 4-H class when he was 15 years old. “It’s always been my hobby and I really enjoy it,” he shares.

Conat will be missed by his ABC12 colleagues. “He was a bright spot,” says Meteorologist, Chris Mulcahy. “He was the perfect co-worker, he was a wealth of knowledge, came to work early and left late, and always had a smile on his face. He made every day fun, and he is missed.”