Raise It Up! Youth Arts & Awareness is an award-winning organization that promotes youth engagement, expression, and empowerment through performance, literary arts, and social justice activism. In 2009, Raise It Up! was officially launched through a grant by the Ruth Mott Foundation and operates under the sponsorship of the United Way of Genesee County.

The Raise It Up! co-founders, have many years of experience with community activism and arts. Before Raise It Up! Was founded, Lyndava Williams had spent several years in the medical field and volunteering with a number of community initiatives including the Genesee County Department of Human Services, Champions in Christ Food Pantry, and others. She is now the organization’s program director.

Natasha Thomas-Jackson, Executive Director, is a social justice activist, writer, feminist, performance artist and consultant. “Flint is my hometown and though I’ve lived in many different places, including overseas, it means the world to me to be doing my work in Flint with young people living in the very community that nurtured me,” says Thomas-Jackson. 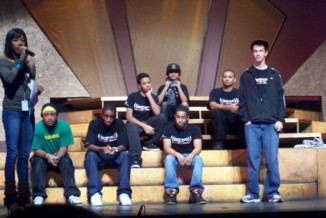 And so, the duo decided to create an organization aimed at empowering youth to use their talents to become creative community activists and socially conscious artists. The organization envisions a world where youth are recognized, valued and supported as emerging thought leaders, critical thinkers, and artist-activists, proactively creating their lives and the life of their communities.

“Youth have far more knowledge, expertise, talent and wisdom than adults give them credit for,” says Thomas-Jackson. “In my role, I am able to teach and learn. I am able to help young people gain a more comprehensive understanding of the personal, socio-cultural and political factors that impact our lives and shape the communities we live in.”

The organization offers talent shows, assemblies, workshops, a writer’s series, performance, training and consultations for various talents, among other programs. A couple of their programs are specifically for poetry. 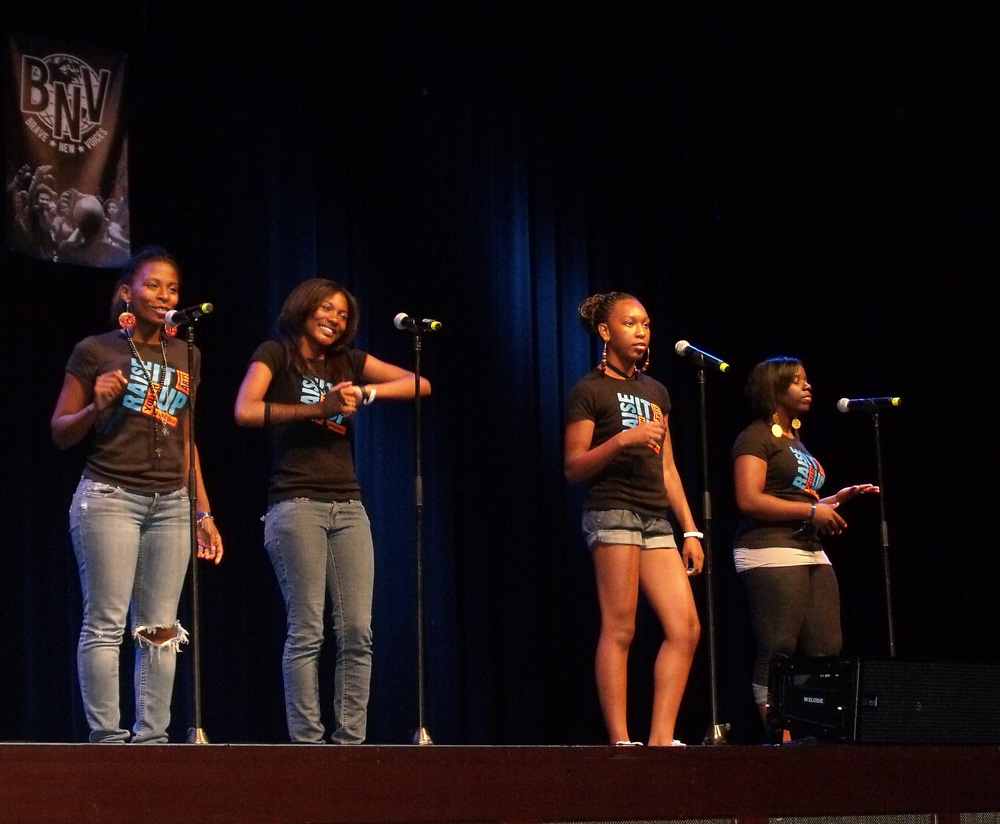 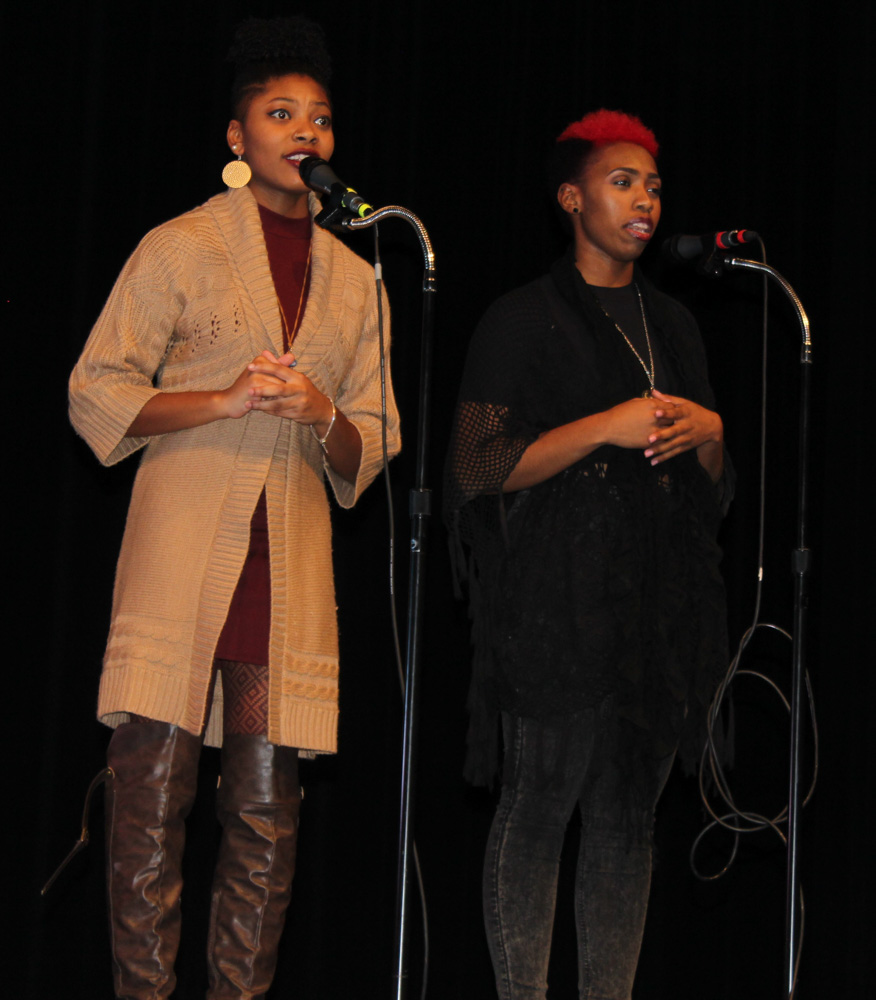 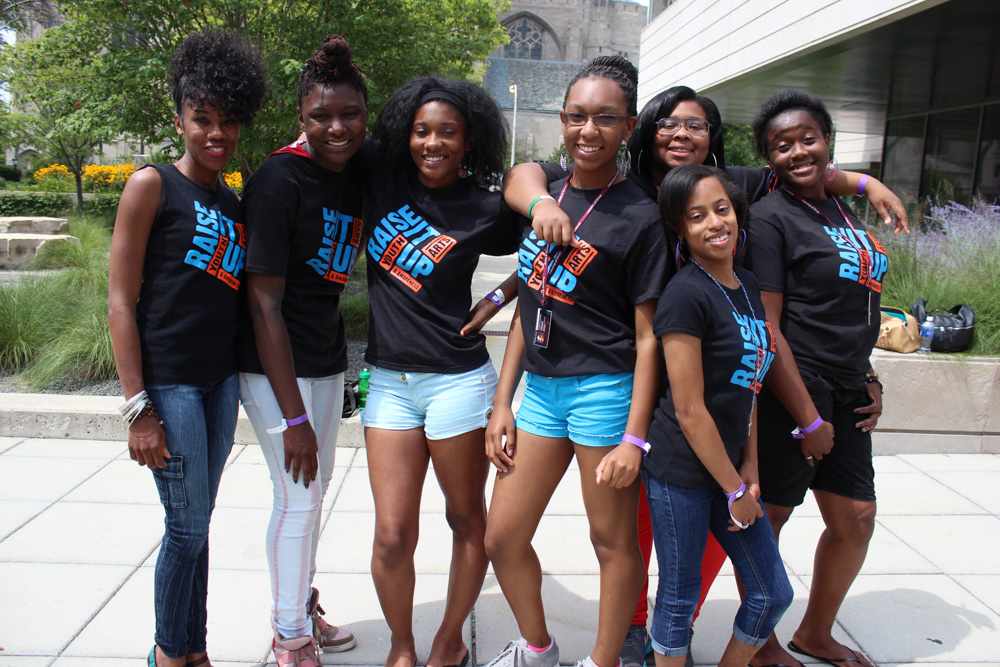 April is National Poetry Month, and the Raise It Up! programs are dedicated to both written and spoken – or “slam” – poetry. This year, Raise It Up! has partnered with Urban Word NYC, Penmanship Books, and the Academy of American Poets to launch the Youth Poet Laureate Program. This program will identify young writers and leaders who are committed to civic and community engagement, poetry and performance, human relations, diversity and education in the area.

This year, Raise It Up! will begin accepting submissions from young poets, writers, leaders and activists ages 13-19 from the city of Flint and surrounding areas who are interested in representing Flint as the first Flint Youth Poet Laureate. A group of judges made up of writers, educators, artists and activists, will choose three to five finalists who are recognized as Flint Youth Poet Ambassadors. Of those finalists, one will be selected as the city’s Youth Poet Laureate and will serve as such for a one-year term.

The other program, the Youth Poetry Team, recruits and trains a team of youth poets between the ages of 13 and 19 to compete at the Brave New Voices International Poetry Slam Festival, which takes place all over the U.S. – San Francisco, Chicago, Philadelphia, Atlanta, D.C., and others. Brave New Voices is world’s biggest poetry event, bringing together over 600 youth from over 50 cities for five days of workshops, performances, dialogues and forums. The culminating event is a poetry slam competition. And for the students involved, Raise It Up! raises all of the money needed for the students to travel and compete, from which they gain positive exposure.

This program not only helps these students hone their craft, but it helps them in all aspects of their lives. It allows those involved to discipline themselves, and see positive results. “I always acknowledged myself as an artist,” says Razjea Bridges, who first came to Raise It Up! three years ago, and is now a student at Eastern Michigan University in Ypsilanti. “But sometimes, I didn’t know how to communicate my art and practice my craft, or even how to put it out there; but being a poet in Raise It Up! helped me understand how to consistently practice, relate to an audience, and stay true to my craft.”

The experience these students gain and the relationships they build are infectious. “I plan to be a part of this organization for the rest of my life,” says Destiny Shannon, a senior at Grand Blanc High School who has been involved with Raise It Up! for two and a half years. “I will be involved whether I’m sponsoring and helping financially, serving on the board, taking an administrative role, coaching future slam teams, or who knows what.”

Even with personal insecurities that most young people go through, it doesn’t seem so hard when you’ve got a team on your side. “Raise It Up! is a place where you can express yourself and work through your emotions, insecurities and everyday life as a teen,” says Destiny. “Raise It Up! provides kids in the Flint community with the opportunity to be themselves without being judged.”

These young people have been part of this organization, and although a few years doesn’t seem very long to most, for young people, it is formative to their identities present and future. And, they are a family. “Writing poetry was something I did to get things off of my mind,” says Danielle Horton, who has been involved since she was 14, and is now a freshman at Central Michigan University. “Raise It Up! has helped me to find courage. I have written, talked, and performed about things that I would never in a million years think of sharing with the world. Raise it Up! has provided me with a safe home.”

Natasha Thomas-Jackson and Lyndava Williams inspire these young students with their encouragement and genuine love they have for each other. “Raise It Up! gave me a chance to see that youth poetry and activism is something to take seriously,” says Alexis Harvey, a senior at UM-Flint, who has been involved since 2013. “Young people have something to say and they can say it loud and people will listen. Raise It Up! gives youth a platform to express themselves. Young people have a lot to say.” 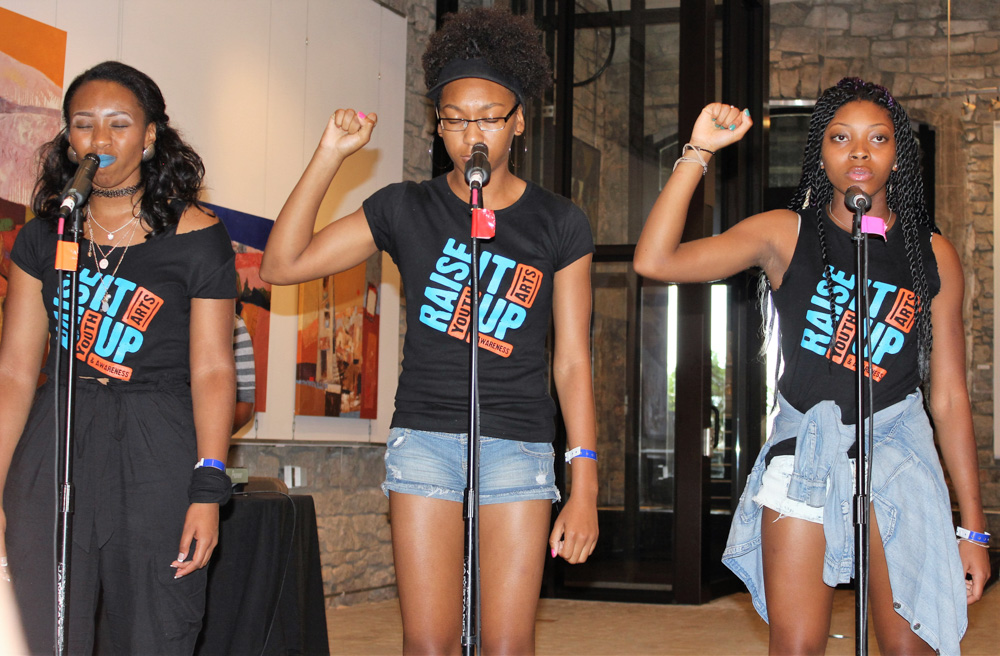 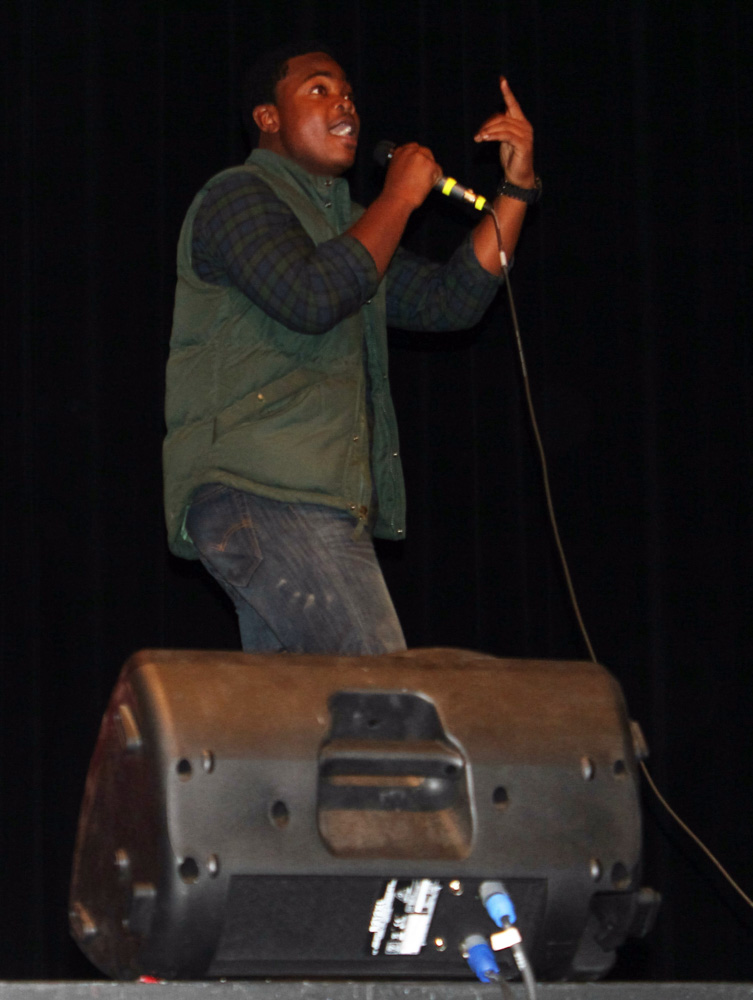 The youth involved can use these programs to engage with community awareness and activism with current events. “We provide support and education to help them understand critical issues and provide them with platforms and opportunities to address those issues,” explains Thomas-Jackson. “I am able to educate myself on social events. Being involved has made me more of a community activist,” adds Razjea. “We’re given a lot of opportunities to be spokespersons for the community – we get to be the voices for Flint.”

And this organization doesn’t exclusively benefit the students who are part of it – it also impacts the adults who direct it. “It is deeply rewarding to see the fruit of that work,” Thomas-Jackson shares. “Working with brilliant young people keeps my mind open and provides me with fresh insights.”

The creative and dedicated community members who are part of Raise It Up! will continue to raise up their voices and provide a resounding, rhythmic voice for the city of Flint.

Photography provided by Lyndava Williams and Photo by Eric Dutro