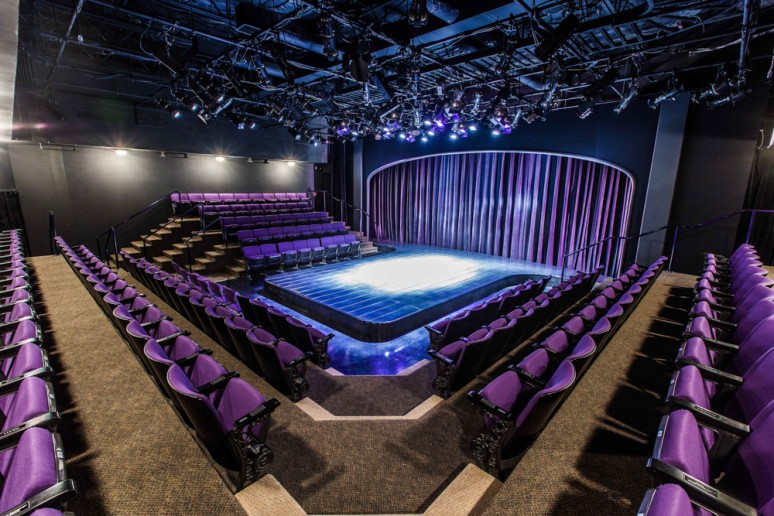 The Purple Rose Theatre Company in Chelsea is the home of world-class, original American theatre that takes a handcrafted, artisanal approach to producing new and classic American plays that are one-of-a-kind experiences. Founded in 1991 by acclaimed actor and Chelsea native Jeff Daniels, it is a creative home for theatre artists and a place for emerging talent and seasoned professionals to learn about and to practice their craft – and a place for patrons to enjoy truly unique performances. 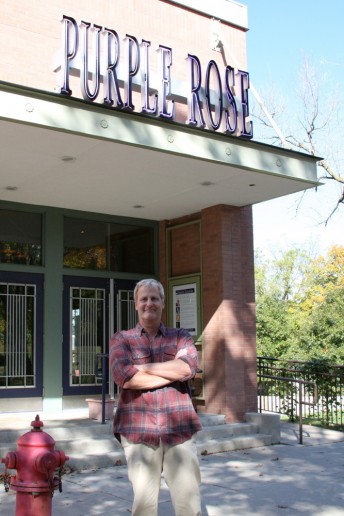 The building that housed the theatre initially was a used car and bus garage owned by Mr. Daniels’ grandfather. In 1989, the building was purchased and renovated by Daniels and later donated to the Purple Rose. Performances were held there from 1990-1999, and then an effort was undertaken to expand the facility. The doors of the new space opened in January 2001 featuring authentic ‘30s theatre decor and an intimate feel with only 168 seats. Each patron sits less than 20 feet from the stage, so the experience is truly an up-close encounter with live theatre. Today, audiences travel as far as 90 miles and more to enjoy quality, professional productions at affordable ticket prices in historic downtown Chelsea.

Talley’s Folly
(Performances through May 23)
Do you believe that one mesmerizing evening can change the course of two lives forever? Lanford Wilson’s Pulitzer Prize-winning romantic comedy is about a pair of mismatched souls longing to find love after nearly giving up on the dream.

2AZ
(Performances June 11 – August 29)
What would you miss most if everything that makes us free and civilized human beings ceased to exist? A warm shower? Clean sheets? Grocery stores? Movie theaters? Toilet paper? The war has been raging for two long years. No one is content. No one is secure. No one is safe from man, beast or worse. The great and terrible conflict will decide whether humanity will perish or have a new birth of hope. Michael Brian Ogden’s world premiere thriller digs deep into the recesses of our souls to face the monster that may be lurking in all of us – a truly unique theatre event. (Contains violence and adult language) ♦