Flint native W. David Tarver is a Flint Central High School graduate, former Kettering University student and U of M alum. He founded Telecom Analysis Systems, Inc. and within 12 years sold it for $30 million. Recently at the Flint Public Library to discuss his book Proving Ground: A Memoir, he took a few moments with My City to talk about his career, the entrepreneurial spirit, and what he does for fun.

MCM: How did you know from such an early age that you wanted to be an entrepreneur? What motivated you to not give up on that dream?

DT: I grew up in Flint during GM’s manufacturing heyday. Seeing shiny new cars built practically in my backyard made me realize that it was possible to make something – lots of things – and sell them to others. Watching my father tinker with electronics and repair TVs and radios in our basement was my introduction to the field of electronics. By the time I was in high school, I knew that I wanted to create my own electronics manufacturing company.

The Civil Rights Movement motivated me to continue toward my goal. In my father’s day, it was nearly impossible for a black man to start an electronics manufacturing company. I wanted to prove that I could do it – it was my way of continuing the struggle. I was also motivated by the tremendous technological changes that were occurring during my youth – the invention of things like the transistor and the photoelectric cell and the laser. My father brought news of these inventions into our home, and I ate it up!

MCM: When you left Bell Laboratories – a very prestigious R&D company – to start your own business, how did you overcome the uncertainty that accompanies the first few years of any startup?

DT: I went to work at Bell Labs with the idea that I would leave after one or two years and start my company. It turned out to be a marvelous place to work, so much so that I ended up staying for seven years. When I finally decided to leave, I knew it was time. I had no fear, because it was something I had planned to do for so long. I didn’t want to look back years later and regret that I didn’t try to do the one thing that was central to my hopes and dreams – starting my own business.

Our first year in business was extremely difficult, and there were a few moments when I wished that we would just fail so I could go back to my job at Bell Labs. Those moments were fleeting, though. I had to remind myself why I was there: because it was my life’s dream, and because I wanted to prove that things had changed since my father’s day. By year two, we were experiencing rapid growth, and we never looked back after that. 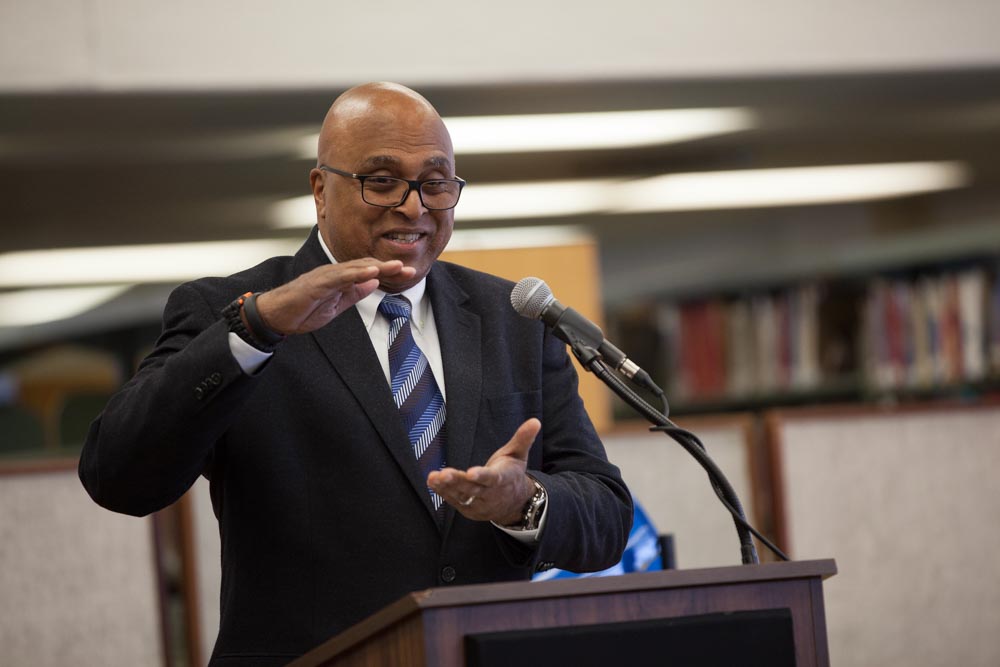 MCM: You have both Bachelor’s and Master’s Degrees, but many entrepreneurs from your era (Bill Gates, Steve Jobs, etc.) succeeded without them. What is your advice to would-be entrepreneurs? Do you recommend a college education?

DT: Having a deep expertise in a particular field and passion for the work are much more important than a college degree. I certainly shared those characteristics with Steve Jobs and Bill Gates. If you can achieve the required expertise without going to college, then you may not need the degree. Bill Gates and (Facebook founder) Mark Zuckerberg were both avid programmers before they reached high school, and the expertise they needed was not to be found at Harvard. Similarly, Apple founders Steve Jobs and Steve Wozniak spent years building their skills with a combination of college courses and work experiences. As I said, the important thing is expertise rather than a degree.

Notwithstanding the above, to be totally honest, I feel a degree is more important for a black company founder. It’s often difficult for a black entrepreneur to gain credibility even if he or she has a college degree. Not having a degree, I feel, can be a significant impediment for such entrepreneurs. In general, the situation is changing rapidly as Internet courses and reference information allow people to build world-class expertise in a field without attending a traditional university.

MCM: Why did you feel compelled to write your memoir, Proving Ground? What message and lesson do you share in the book?

DT: In the immediate aftermath of the Civil Rights Movement, the idea of three black guys going into a basement and building a world-class technology business was a novel one. I wasn’t sure it could be done. I viewed our company as an experiment, a chance to show what we could achieve. That’s one reason for the title – Proving Ground. If I had to sum it up, I guess I would say that one of the central lessons is that the Civil Rights Movement did really change this country, and the fact that it did so unleashed the creative potential of many groups. Not just blacks, but also women, Asians, Latinos and others. I believe that change is what enables the U.S. to remain an economic and cultural powerhouse. On the other hand, the book makes it clear that we had to overcome incredible hurdles, and the playing field is still far from level.

MCM: You have recently begun a non-profit called Urban Entrepreneurship Initiative. How does the program target the needs of young entrepreneurs in cities like Flint?

DT: My business experience taught me firsthand the transformative power of entrepreneurship. The Urban Entrepreneurship Initiative aims to unleash that kind of power in our cities. It is about applying business innovation in service to our urban communities. It’s about empowering and facilitating the work of entrepreneurs to identify and solve problems that they encounter in their communities. I think it’s the only way we’re going to create sustainable positive change.

MCM: After years of living in New Jersey, are you enjoying being back in Michigan?

DT: I lived in New Jersey for 31 years, and I have some dear friends there, but I have to say that I don’t miss living there. I prefer Michigan. However, the Michigan of today is much different from the one I left back in 1976, and I’m still getting my bearings.

MCM: What do you teach your own children about achieving their dreams?

DT: I tell my kids that there is nothing more important than pursuing their passion. They are blessed, as was I, with being able to pursue their passion – they don’t have to worry about mere survival. Hence, there is no excuse not to “go for it.” I’ve tried to impress upon them that we all have an obligation to use our gifts and our blessings to make the world a better place. I know that sounds trite, but I feel it wholeheartedly.

MCM: What do you do for fun?

DT: I love to sing, and I’ll do an occasional gig at a local nightspot. I did much more of that in New Jersey, but one of my resolutions this year is to do more here. I love to ride my bike. I enjoy teaching at the University of Michigan. I still like to tinker with computers and software and electronics. I enjoy tennis, and traveling with my wife and daughter, and reading. I like pretty basic stuff. My wife Kishna definitely wouldn’t agree, but I’d say I’m low-maintenance. ♦