Michelle Rosynsky, Ed. D. was selected as the new CEO of the YWCA of Greater Flint by its board of directors in June. She brings 25 years of experience to the position she began on July 2. Rosynsky previously served for seven years as the Director of the Women’s Education Center at the University of Michigan-Flint and most recently as Senior Director of Student Involvement and Leadership at the University. She has been influential in women’s leadership advocacy for domestic violence, education and empowerment. “Women’s empowerment and women’s issues have always been a passion of mine,” Rosynsky shares. 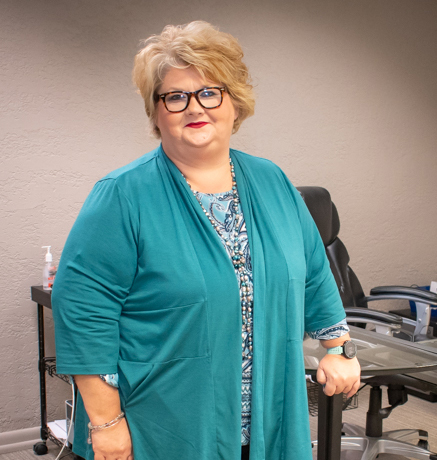 In her first week, Rosynsky hit the ground running and then sat down to chat with My City Magazine about her new role. “It’s been great!” she exclaims. I have been meeting with the staff and learning what they do. The staff and the board members have been very supportive. It’s been a really good transition.”

As CEO, Rosynsky is responsible for managing the YWCA’s programs and operations, the budget, as well as supervising the staff and working with the board of directors in fulfilling its mission of empowering women, eliminating racism and promoting peace, justice and freedom for all. Rosynsky is committed and passionate about raising awareness of women’s rights, especially for women of color. “We need to continue to raise awareness of racial inequality,” says Rosynsky, adding that this subject is one that people tend to avoid talking about.

Raising funds is one of her biggest priorities, and Rosynsky is already looking forward to the annual Circle of Women Luncheon on November 8, which is one of the organization’s biggest fundraisers. “I am very committed to working with our donors and our supporters in the community,” she states.

“Women’s empowerment and women’s issues
have always been a passion of mine.”
– Dr. Michelle Rosynsky

Rosynsky has served on a variety of committees and councils, including the University of Michigan-Flint’s Diversity Council, Women’s Commission, and Strategic Planning Committee. She previously served on the board of directors for the YWCA of Greater Flint from 2009-2013. “For over 100 years, the YWCA of Greater Flint has played a critical role in promoting women’s empowerment and providing critical support to survivors of domestic violence and sexual assault,” Rosynsky says. “I am so very honored to serve as the next CEO with the goal of expanding upon the organization’s successes in the areas of victim advocacy and support, prevention education, and women’s social justice issues.”