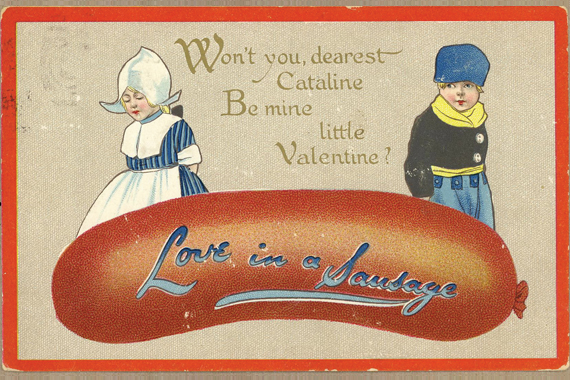 This funky Valentine was mailed from Flint to someone named Kenneth in Port Huron on February 13, 1909. It says, “We are all in Flint having a fine time. Hope you are all well as we are. Love to all, from Margaret.” The postcard is no. five in a collection of postcards called the “Love Series,” printed by a well known British company, Raphael Tuck and Sons during the postcard boom of the late 19th – early 20th century.