In the middle of a New Orleans spring night in 2019, Ava Michelle Cota stood alone on stage preparing for a dramatic scene near the conclusion of “Tall Girl,” a Netflix movie chronicling the struggles of a female high school student who, like Cota, stands nearly 6 feet, 2 inches. The Linden native with a then-sparse acting resume had landed the lead role over hundreds of others who auditioned during a worldwide casting call.

In the scene about to unfold, main character Jodi Kreyman has had enough of the teasing, bullying and insecurity she has endured because of her height and is ready to embrace who she is with an inspiring speech given at the homecoming dance that draws loud, supportive cheers. “I get it. I’m tall and it’s the thing that’s haunted me my entire life, (but) I’m so much more than just the tall girl,” she declares while proudly wearing five-inch heels. “I’m a sister, I’m a best friend … I’m smart, I’m fun … being tall is what makes me me, and I like me and you should like you. We are all good enough and once we realize this, nobody can take it away. So, go ahead, keep making fun of me … and asking ‘how’s the weather up there’ because I can take it. The weather up here is pretty great.”

While those words marked the moment Cota’s character finally broke free of the negativity surrounding her appearance, Cota herself was feeling the same way. Filming “Tall Girl” which was streamed more than 40 million times in the two months following its September 2019 release, turned into a deeply personal journey for her. Netflix released a sequel, “Tall Girl 2” on February 11, 2022. 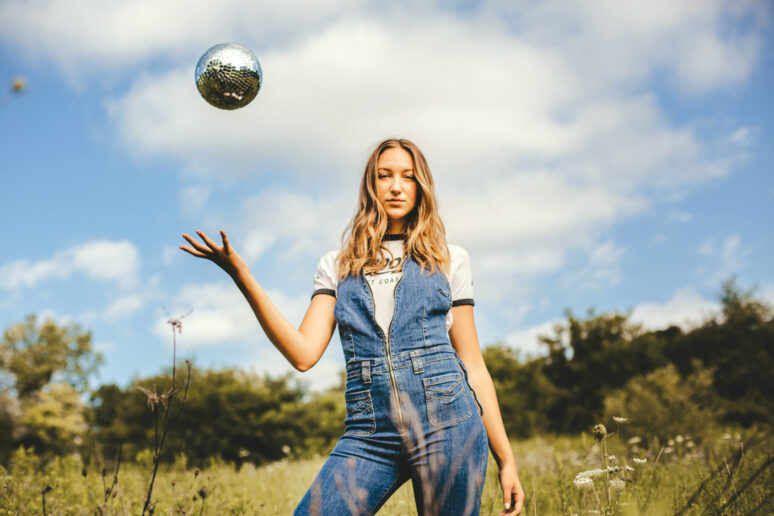 “I learned lessons about what I was really feeling while making ‘Tall Girl’ and repeating the lines was really good therapy for me.”

“One of the most interesting things is that I had thought I was comfortable with my height and made jokes about it, but in a self-deprecating way – maybe to do it before others could and try to laugh it off,” says Cota, known professionally as Ava Michelle. “I learned lessons about what I was really feeling while making ‘Tall Girl’ and repeating the lines was really good therapy for me. I felt everything that was said in that speech was what I had been wanting to say for years.”

While the home-schooled Cota was not the subject of high school hallway taunts and other things her movie character goes through, she was the subject of teasing and personal attacks, both in-person and online at times, while achieving dancing and modeling success from an early age. That was especially true during a four-season stint on the Lifetime Channel reality show “Dance Moms” with mother Jeanette, an accomplished model and dancer in her own right.

“The ‘Tall Girl’ movies became my high school experience and the director made sure I got the homecoming dance I never had,” says Cota, who also sings two songs on both soundtracks. 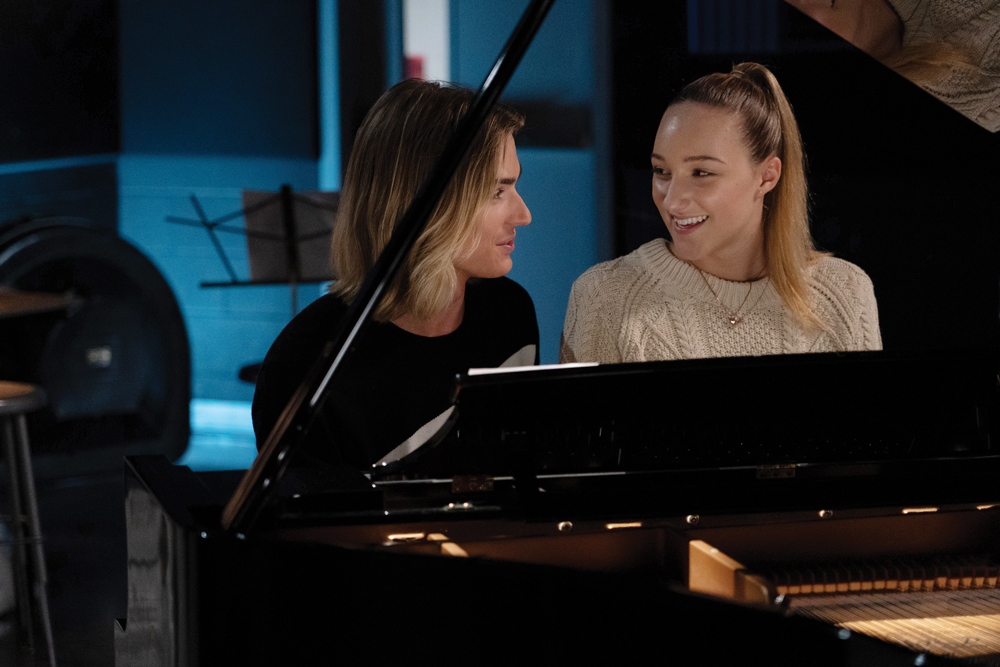 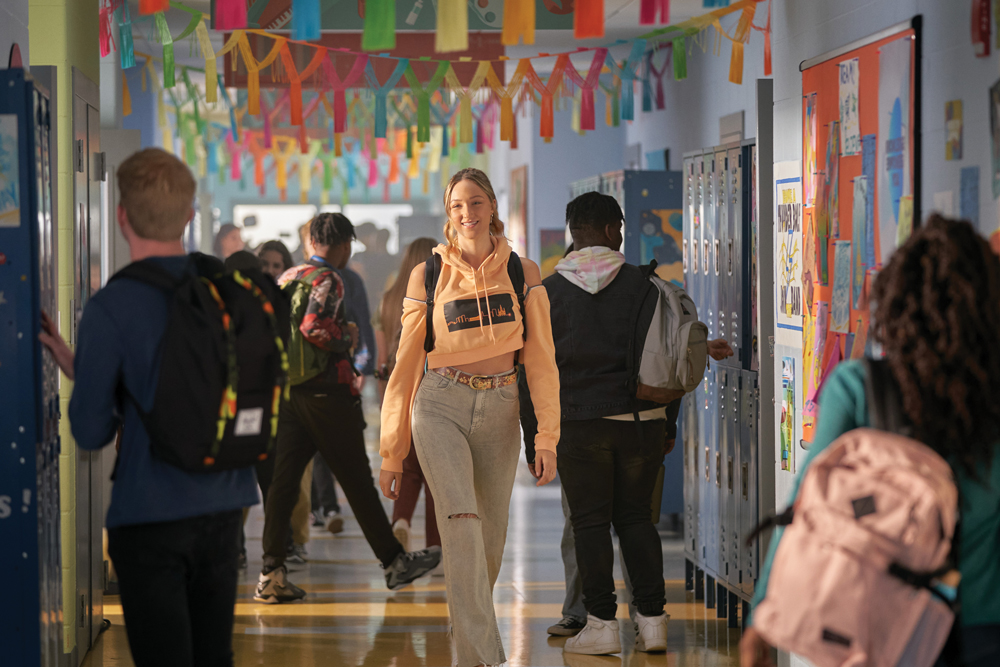 To that end, director Nzingha Stewart, best known for her work on television programs like “Grey’s Anatomy” and “Good Girls” arranged for Cota and main cast members to enjoy an impromptu dance party after homecoming scenes wrapped. Footage of that is shown during the film’s closing credits.

With all that Cota endured to reach the pinnacle of starring in a film seen by millions, it was no surprise when a dam of emotion burst the moment she first saw herself on a billboard while traveling with her mother on Hollywood’s Sunset Boulevard. In a video taken by Jeanette and later posted to Instagram, Cota draws her hands to her face and begins crying. “Oh, my God. I’m on a billboard!” she exclaims through tears. Cota had a similar reaction when viewing a trailer for “Tall Girl” on a massive video screen while standing in New York’s Times Square about two weeks after the movie’s release. Since then, her Instagram followers have increased from roughly 428,000 to 1.7 million.

Some positive reviews of Cota’s performance began to appear, like this one from the website Vocal Media. “Ava Michelle is solid as Jodi, selling Jodi’s often self-deprecating snark, her emotional moments in which a light is shined on how low Jodi’s self-worth really is, and her moments in which an inner fire is revealed to be hiding beneath Jodi’s crippling confidence issues.” 

Starring in “Tall Girl” also made her part of a very exclusive club, joining Flint’s Terry Crews as the only Genesee County natives to play the lead role in a film during this century.

Cota, who turns 20 on April 10, moved with her mother to the L.A. area when Ava was 15 so she could better pursue acting and dancing opportunities. “It was just so surreal seeing my girl on a billboard that day and then on screen – WOW,” Jeanette says. “I just reflected on everything we’ve been through like the move and constant traveling to dance competitions, modeling shows and auditions and facing rejections. Ava said ‘we did this together’. What an incredible moment.”

Mother and daughter have shared many incredible moments since Ava began dancing and modeling at age two. She made her modeling debut at the 2004 Fenton Community Business Expo, appearing as a miniature bride and can-can girl. In fact, Ava’s mother, older brother Devon and father Rick were all modeling then.

Soon, her children’s activities demanded more of Jeanette’s attention. “I remember my sister watching Ava at a dance lesson and saying that the instructors were not going to be able to train her and make the most of her talent,” Jeanette recalls. “She said I needed to do it myself.”

That was among the reasons Jeanette founded Broadway Dance Academy in Fenton which soon became Ava’s second home. At age six, she earned a full-ride scholarship to the prestigious “Shock the Intensive” dance convention. Among other accomplishments, Cota won many dance contests, danced at national competitions and was a member of Detroit Pistons junior hip hop group, Mob Squad.

Don’t assume she’s always been comfortable in front of audiences, however. “I grew to love performing and telling stories with my dancing, but I was always so nervous because the dance competitions and beauty pageants I was in were high-pressure situations for me,” she says. “I still feel those nerves and that’s why I’ve liked the calmness of a movie set without the pressure of a live audience.” 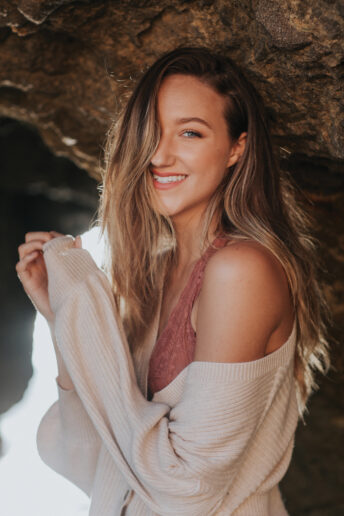 From 2013-17, Ava and Jeanette appeared on “Dance Moms.” The show featured behind-the-scenes drama among mothers and dancers under the supervision of dance company owner, Abby Lee Miller. Ava also toured the country with other former cast members in 2018. She earned her place on the show when she was named as one of the top two dancers (out of 300) in “Abby Lee Miller’s Ultimate Dance Challenge.” Meanwhile, Cota also appeared in the FOX TV series “So You Think You Can Dance: The Next Generation” in 2016; but, fairly or not, her height began to have an impact on dancing opportunities. Cota, who was 5’ 10” at age 13 before reaching her current height at 16, was cut from the show due to her height. The next year,

Miller cut Cota from her Junior Elite Competition team for the same reason – in humiliating fashion. “Ava! You’re too tall for us today. You’re cut,” she said during the episode before turning to Jeanette. “Your kid’s arms are horrendous! She looks like a praying mantis.”

Cota earned satisfying redemption the next season when, competing for her mother’s studio at a national competition, she beat Miller’s star pupil for first place. “There were things that did not need to be said to me during ‘Dance Moms’ but I benefited from the experience overall,” Cota says. “It really opened my eyes to how competitive the arts in any industry are and that it can be difficult and cutthroat and that prepared me for the future.” That future included landing roles in short films and appearing in two episodes of soap opera “The Bold and The Beautiful” as a dancer taking acting classes after moving to California.

Still, she sensed her height was keeping her from larger roles until her manager enthusiastically sent her a script for “Tall Girl.” The audition process began in August 2018 and did not end until Cota was selected in December. “We all kind of knew that might be it, the break I was waiting for,” she says. “It’s funny how the very thing that hurt me in all those auditions helped me land a breakthrough role.”

In late 2020, she was elated to learn there would be a “Tall Girl” sequel. Filming was slated to begin in April 2021 but a shocking tragedy struck the Cota family two months earlier when 23-year-old Devon Cota died of an accidental fentanyl overdose. “My brother was such an incredible person, my best friend and we could always be at our rawest around each other,” Cota says. “He inspired me by completely living life to the fullest, every second, and being so loving and so giving.” Shortly before his death, Devon had talked about wanting to start a clothing line called “Identified” with the theme of helping people be comfortable with who they are. Jeanette, Ava, her boyfriend and Devon’s girlfriend made that happen in his honor and the clothing is selling on identifiedclo.com.

Cota had no choice but to gather herself and report to the “Tall Girl 2” set in New Orleans, finding comfort in the company of familiar co-stars. The sequel begins with a newly-confident and now-popular Jodi dating the boy who had pined for her for years and trying out for the lead role in the school’s musical production of “Bye-Bye Birdie.” 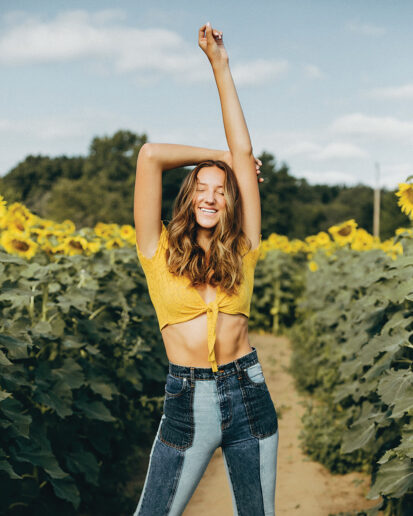 It is not long before doubting voices in Jodi’s head start shaking that confidence and her charming “Birdie’’ co-star begins complicating her love life. The second film also showcases Cota’s singing and dancing talents more. “Tall Girl 2” was the second-most watched Netflix program during the week of its release and was streamed for nearly 57 million hours in February alone.

“I’m very proud of both films and their messages,” Cota says. “The first was about overcoming all the outside negative forces like bullies and the second is about getting negative thoughts and doubts out of your head, so your true self can come out.”

Cota hopes to announce her next acting project soon. “I’m so excited for Ava because when I first saw her on screen, I knew it was only the beginning,” Jeanette says. “She’s always had the work ethic and talent to succeed while also being kind, humble and thankful for her success.”

These days, Ava Michelle Cota is indeed in a good place from which she can securely and playfully poke fun at her stature. “Found pants long enough, this calls for a celebration,” she posted last month on Instagram.