“We put heart and soul into songs that I feel really resonate with people.”

Even at age five, Miko Marks was evoking strong emotions with her voice.

By then, the boisterous kindergartner was already a regular on stage at Flint’s Church of God in Christ, belting out beloved gospel songs.

At times, she found herself overwhelmed by the congregation’s reaction.

“I would close my eyes when singing in church because I would look out and see people crying,” she says. “Being so young, that scared me a little bit and I didn’t quite understand it at the time. Later, of course, I realized they were only happy tears and that God was using my voice to reach them.”

Marks’ passion for using her singing talent to entertain, touch hearts and soothe souls was born. She spent the next 25 years honing her gift while displaying a knack for sounding good while performing just about any genre of music.

Eventually, she wound up in Nashville in 2003 at age 30, eager to pursue country music stardom. In some ways, she achieved just that, releasing two well-received albums over the next four years while touring extensively. 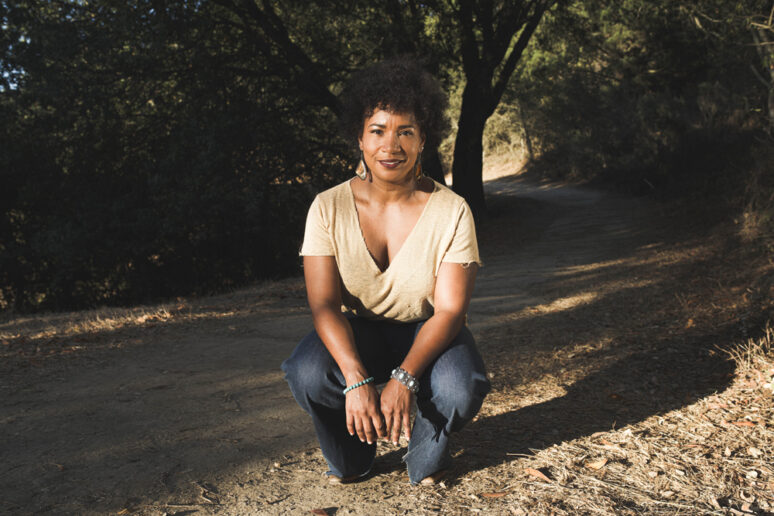 “Artistically, I am in a great place and a new album is already in the works.”

She was even dubbed “Nashville’s Hottest New Country Star” by People Magazine and named “Best New Country Artist” by New Music Weekly following the release of her debut album, Freeway Bound, in 2005. The album also netted Marks two Independent Music Awards, including Country Album of the Year. In 2006, Country Music Hall of Famer, Charley Pride, gave Marks a thumbs-up as he listened to her perform the Patsy Cline classic “I Fall to Pieces” on a Grand Old Opry cruise.

A year later, the title track of It Feels Good, her second album, earned an Independent Music Award for Country Song of the Year. However, Marks’ songs did not find their way to mainstream country music radio, crucial in an era before streaming, Spotify and widespread social media influence. As a result, they did not chart, either.

Disillusioned and discouraged by the barriers she encountered as a woman of color attempting to gain a stronger foothold in a Caucasian-dominated industry, Marks left Nashville for good soon after It Feels Good was released and returned to Oakland, CA where she had settled with husband, David Hawkins, in 1996.

While she continued performing and independently releasing an occasional single, making another album was hardly on Marks’ radar. 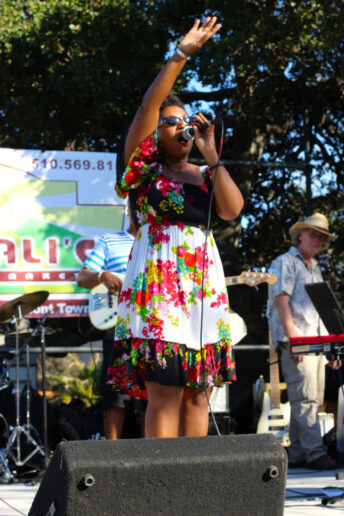 In late March, she returned with Our Country, her first album in 14 years. Released on Redtone Records of Palo Alto, CA with support from New York-based Brooklyn Basement Records, the work is more rootsy and Americana than her other albums which featured a modern country sound. The ten songs infuse elements of country, blues and gospel while covering heavier subject matter than earlier albums like racial injustice, political division, violence, police brutality and the Flint water crisis.

The tracks do this with catchy, captivating arrangements combined with Marks digging deep to produce heartfelt, stirring and emotional vocals.

“Our Country really reflects the times we are living in – that was our goal,” Marks says. “We wanted to shine a light on things like systemic racism and the water crisis in my hometown in these songs. We (bandmates Justin Phipps and Steve Wyreman) sat back when we finished and were like, ‘this is really good’. We put heart and soul into songs that I feel really resonate with people.”

Added Phipps: “I love the grittiness of the production, that it’s built on a foundation of old vintage gear, that it takes me back to the classic sounds and instrumentation that made me fall in love with music. I’m thrilled with Miko’s bravery and transparency using her voice to speak truth.”

Marks’ road to recording another album began with a well-timed dream in late summer, 2019. In it, she was performing with Phipps and Wyreman for the first time in more than a decade. Marks had not even spoken to them during that time.

Moved by the dream and feeling she had been sent a message, Marks reached out to Phipps.

“I had not talked to Justin in probably a dozen years, but luckily, he had the same phone number,” she says. “The timing was unbelievable because he was excited and said he had just written a song, “Goodnight America” that would be perfect for me. I wasn’t planning on another album, but that started it all.” 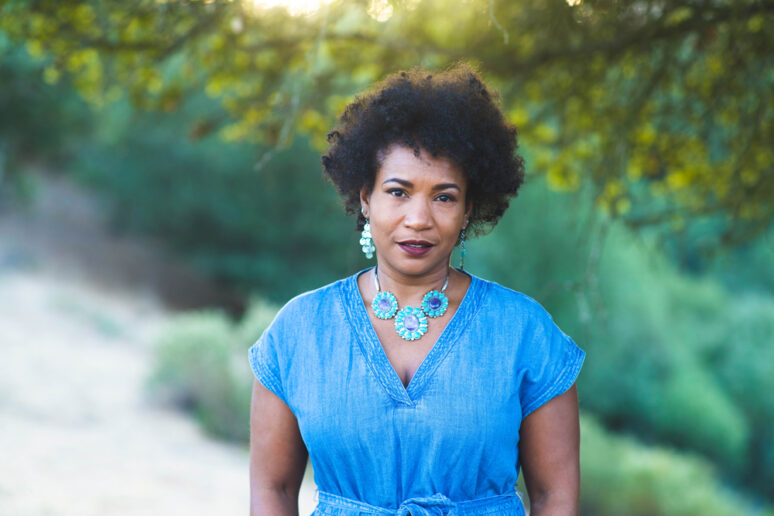 “Our Country really reflects the times we are living in – that was our goal.”

Not only that, but Phipps had founded Redtone Records. Meanwhile, Wyreman, an acclaimed session guitarist who has worked with the likes of Jay-Z, Logic, Richard Ashcroft and Rihanna, was looking for his next project.

The trio, officially known as Miko Marks and The Resurrectors came together in September of 2019 and “Goodnight America” was released four months later. It’s a statement about race relations with lyrics like, “O beautiful for spacious skies, but they won’t hide your lies.”

“I have never been very political in my music, but in recent years, I’ve wanted to speak about things I didn’t used to,” Marks says. “I’m deeply impacted by issues of racial injustice and violence. Overall, the three of us clicked easily again, made some more songs and felt we had to keep it going.”

After recording four songs, the trio realized they had built enough musical momentum to complete an entire album.

“Working with Miko again has been fantastic on every level because she is this amazing blend of incredible talent, humility, professionalism, fun, collaborative spirit and positive energy,” Phipps says. “Everything about the project just felt right.”

The website Parton and Pearl gave Our Country a glowing review:

“With this remarkably strong, stirring effort, Marks is bound to leave her mark on millions of ears,” it reads. “Marks and her quality backing group lift each song high with bits of soul, pinches of roots and gospel and all-around good vibes. Marks crafts an album that is both timeless and timely given the world’s woes.”

The track “We Are Here” addresses the water crises and other issues Flint has faced in recent years with lyrics like, “Boarded up houses, one by one. Broken streetlights, the day is done. Poisoned water for us to drink, shots rang out all night and I didn’t sleep.”

A video for the song, featuring footage shot around Flint by some of Marks’ relatives, premiered on CMT last month. 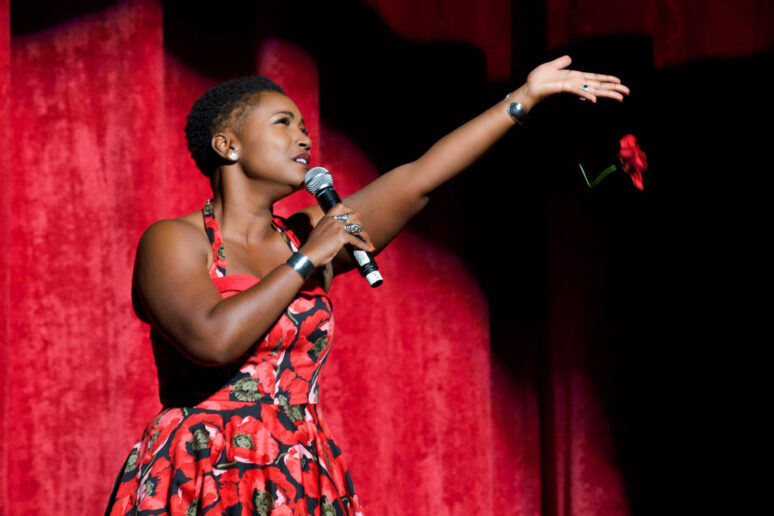 “I started writing the song in 2018 because, of course, the big family I have back home (Marks’ grandmother had ten children) has all been impacted by the water crisis and other problems in the city,” Marks says. “I finally finished it last year. For people of Flint, it says we will not be forgotten. We are here.”

Marks’ grandmother was among a contingent of family members who moved from Mississippi to Michigan to work in the state’s auto factories, bringing a love for country and southern gospel music with them.

“I come from a singing, musical family and, growing up, artists like Lorretta Lynn, Kenny Rogers and Johnny Paycheck were always playing in the house,” Marks says. “We all loved watching ‘Hee Haw’. I fell in love with country music for the storytelling, among other things.”

Marks was part of the madrigal choir at Flint Central High School before attending Grambling State University in Louisiana on a music scholarship. There, she became friends with future four-time Grammy winner, Erykah Badu. They were even part of the same R&B vocal group.

By the end of the century, Marks had given birth to son Justin and settled into life in Oakland, working as a legal secretary. However, she never let go of her musical passion and after she won an area radio singing contest, her husband, now a retired fire inspector, encouraged her to quit her day job and pursue her dreams with full force.

She recorded some song demos and made her way to Nashville, recording her two award-winning albums on the independent Mirrome Records. Marks also played at the huge CMA Fest in Nashville for three years before rule changes requiring performers to have a Top 40 song on the Billboard Country Chart and reach a sales threshold left her ineligible.

Marks also had no luck landing with a major label.

“I went to Nashville wide-eyed and bushy-tailed thinking I had the skill set and look (complete with a white cowboy hat) to have success,” she recalls. “Major labels would say I had great talent, but I was not seen as marketable and they said I would not sell. Obviously, nobody’s going to say it, but I feel race played a role. Fortunately, that is changing and Black women like (Grammy-nominated) Mickey Guyton are making progress in country music.”

Marks intends to record her next album in a much more timely fashion and hopes to be back in front of live audiences before year’s end.

“Artistically, I am in a great place and a new album is already in the works,” she says. “We have a great thing going. Why stop now?”