Pure rock is back. The sound that energized the industry and youth of the 60s and 70s produced by legendary bands such as Led Zeppelin, The Who, Queen, Lynyrd Skynyrd and CCR was made rare by changes in the industry and fanbase diversification. In the 80s, rock took a backseat to synth, new wave and punk. In the 90s, it was drowned out by grunge, alternative, rap and R & B. It was dealt a near fatal blow in the 2000s, when production-line, four-chord pop, auto-tune and repetitive, uninspired lyrics dominated the airwaves. They were dark times, indeed. Classic rock stations were hanging on by a thread, desperately trying to keep the sound alive. “We’re losing it!” cried the frightened deejays. “Clear!” they screamed as they jolted the populace with a fresh dose of Grand Funk. The beat returned, but it was faint – a mere whisper of what it once was. Then, in 2016, we got Post Malone and the pure rock sound was lost forever … or so we thought. 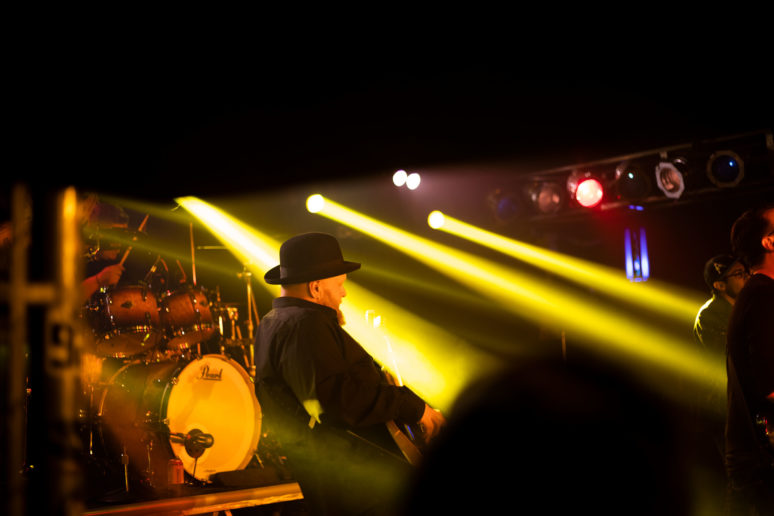 Nowadays, pure rock as it used to be is roaring back, but with a twist. New bands are fusing the old, classic sound with a whole new music format. One band leading the rock revival is the newly formed, Flint-special Loxodon (pronounced Locks-o-don). Imagine the innovative, thumping buzz of The White Stripes, the hard rock science of the Black Keys, the rock jazz stylings of Steely Dan and the raucous funk energy of Sly & The Family Stone delivered in what can only be described as a stampede of sound. Loxodon pieces everything together into a style that is both classic and their own. “We all grew up on classic bands like Queen, Rush, Fleetwood Mac and Led Zeppelin,” says lead singer and guitarist, Chris Day. “We really wanted to take all of that, mix it with something new and distill it to get our sound. Now I like cool, jazzy chords and when we combined everything, we ended up with something that has a hard edge but goes down smooth.” Newly acquired veteran bassist, Johnny Mason, saw the old influences immediately. “In the first practice with the band, I told them two things: One, they wrote a Lyndsay Buckingham riff – and second, they just wrote a new Beatles song,” he says. “It’s very cool. The style is various decades merged together. It’s a great thing to be a part of.”

Relatively new on the scene, the band played their first gig in February of 2018, but the musicians are all seasoned veterans. Day found success in the area with his prior band, The Tom Toms. “The band was pretty popular and my ex-wife was the lead singer. When we divorced, the band went out the window and I felt that I wasn’t done making music yet,” he shares. “It was a really tough time for me but in retrospect, I’m glad it all fell apart. It was a fantastic learning experience and now I have a fresh start. I’m who I am now because of what happened.” Day has been performing since high school either with others, or as a solo acoustic guitarist. 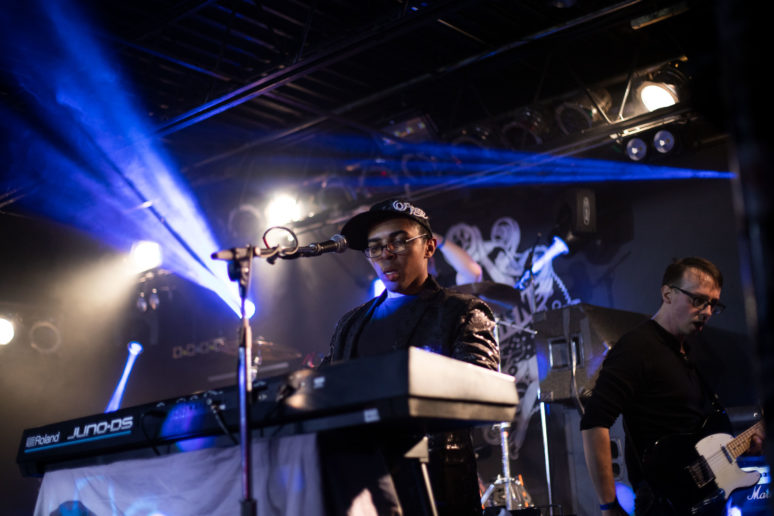 Keyboardist/Backup Vocalist, Desmond Sheppard, began learning piano at the age of eight when he was enrolled in the 21st Century Program at Eisenhower Elementary in Flint. Then piano teacher, Garry McDaniel, noticed Sheppard’s talent and took him under his wing. “For Christmas one year, he bought me a better keyboard because I was playing on a little toy keyboard,” remembers Sheppard, “that really allowed me to improve.” From there, he branched out to other instruments and music mediums. He now plays seven, and teaches at the School of Bach in Lapeer. In 2015, he graduated from UM-Flint with a Maize & Blue Distinguished Scholar Award and a degree in voice. A year later, he joined the United States Army and currently serves as a soldier musician on reserve duty.

Joe Neminski started hitting the skins at Davison High School in their band program and took lessons at Bill Schaffer’s drum shop. His talent was noticed and he soon tried out for the Detroit Pistons drumline and was selected. “It was a humbling experience,” notes Neminski. “I was way out of my league but playing in front of thousands of people during games was a ton of fun!” He attended UM-Flint (where he met Sheppard), earning a communications degree. He has been playing with bands in the area non-stop since his high school days but roughly three years ago, he completely quit the business. “I didn’t touch a drum for a year and a half,” he says. “When Chris asked me to be in the band, I made the decision to pick up the sticks again. I fell back in love with it.”

Day, Sheppard and Neminski performed as a trio and in September, played a show at The Citadel in Port Huron that really solidified the idea of what the band could be. They won two Blue Water Awards for that appearance – Best Original Performance and Best Event. (Their performance was recorded and is available on YouTube and on their website, loxodonband.com). Loxodon was creating a ton of buzz in the music community and their fandom was growing. Things were moving quickly; but something was missing. “It was going really well but we realized that even though Desmond is a bit of a virtuoso, there are certain things a bass can do that a keyboard cannot,” explains Day. “We wanted to free him up to do some amazing stuff. We started asking around for a bassist and Johnny showed up. He just adds a whole new level to what we are doing.”

“Flint has fantastic musicians, artists and people and we realize it’s not a competition. We are all in this together.”
Chris Day

“I’ve been involved in the local music scene forever,” says bassist, Johnny Mason. “When I was young, I did some work as a stagehand and at one show, I got to hang out with Les Claypool of Primus. He showed me some stuff on the bass and that was it for me.” He soon joined his first band, a punk/ska outfit called Army of One. “We got the attention of some executives in New York City and got signed to Moon Ska Records. I did that for years and when it ended, I quit music for a little while. Eventually, I joined a band called Building Birds and we were successful for a time,” he states. “After that, I’ve been sort of hanging out, then I got the call from Loxodon.” As soon as Mason heard the band’s sound, he was blown away. “I checked out some of their demos and they didn’t sound like anything else happening around here. I was all in. It’s been a blast with them so far,” he says. 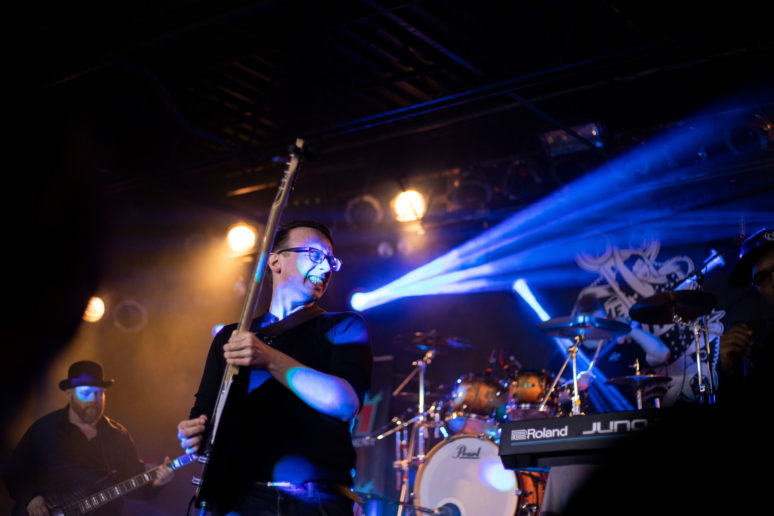 It has been a blast for fans, also. Loxodon is becoming known for their energetic and fun performances but what really stands out is the music. The style is as unique as the personality of its creators because each one has a hand in its development. “Chris wrote the lyrics and most of the chord progressions for the songs we’ve done so far,” explains Neminski. “He brings it to the rest of the band and we put music to it. Desmond contributes his progressions and changes and that really sets us apart.” Adds Day, laughing, “basically, I play the song on acoustic guitar and then we Loxofy it.”

In March, Loxodon released the songs, “Long Way from Home,” “Solid Gold,” and a live performance of “Straight Face.” The songs are quintessentially Loxodon. “Long Way from Home” was written by Day after his divorce and during his move away from the friends and people he has known. Into it, he poured all of his emotion and the result is an amazingly truthful ballad about being a stranger in his own life. “Solid Gold” shows the band’s versatility as they merge funk and rock into one classic beat. “I brought in the verse and the chorus for the song and Desmond whips out a sick chord progression,” recalls Day. “It blew my mind!” “Straight Face” is a straight-up rock anthem. Loxodon is currently recording their first EP with their talented friend, Lee Hoffman, in Port Huron. 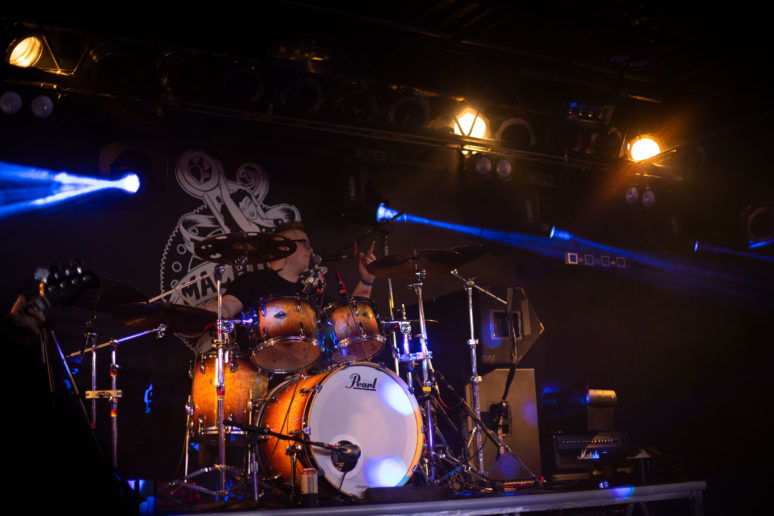 The band is grateful for all of the fans they have gained in such a short period of time, but they are quick to note that some of their success is definitely due to the Flint community in general and music community, specifically. “Flint’s music community has always supported each other,” says Mason. “Our community is extremely valuable. Having the support of places like Flint Local 432, The Machine Shop and other bands and music professionals is amazing. I wish more people realized how great Flint is.” Day echoes the thought. “Flint has fantastic musicians, artists and people and we realize it’s not a competition. We are all in this together.”

As the band gains popularity, one question recurs: What’s with the name? Well, Loxodon is derived from the scientific name for the African Elephant, Loxodonta Africana (and is also the name of an elephant species in the games Magic: The Gathering, and Dungeons & Dragons). It was proposed early on by Neminski and at first, Day and Sheppard absolutely hated it. “I said no as soon as I heard it,” says Day as the guys laughed. “It’s kind of infectious, though. After a week or two, we had to say yes.” Neminski adds, “hey, man, we got feedback from people and they thought it was cool.” Sheppard whipped up a logo and the band immediately loved it. As they continued to play, their name and logo became even more apt and perfectly reflected their sound and persona. “It’s funny, I looked it up online because I was sure there were at least five bands with that name,” says Day. “Nope. We are the first. It’s completely unique.”

Loxodon’s music is available on Spotify, iTunes, Amazon and wherever else you consume your music. Visit the band’s Facebook page for info on new releases and upcoming shows. 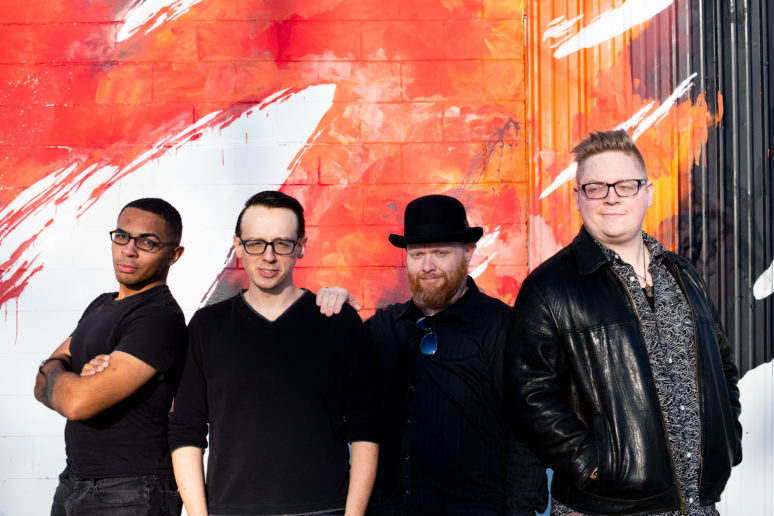 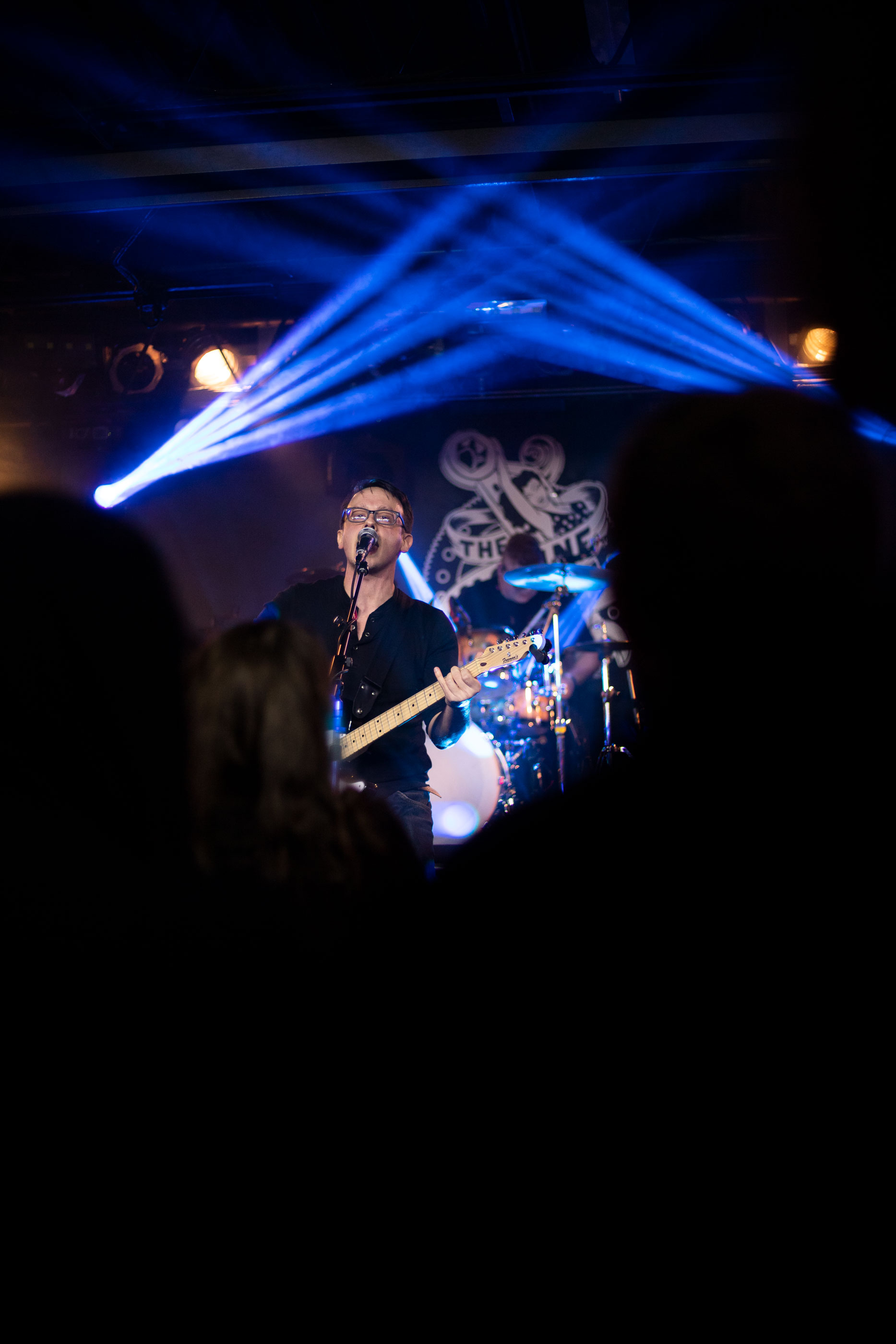 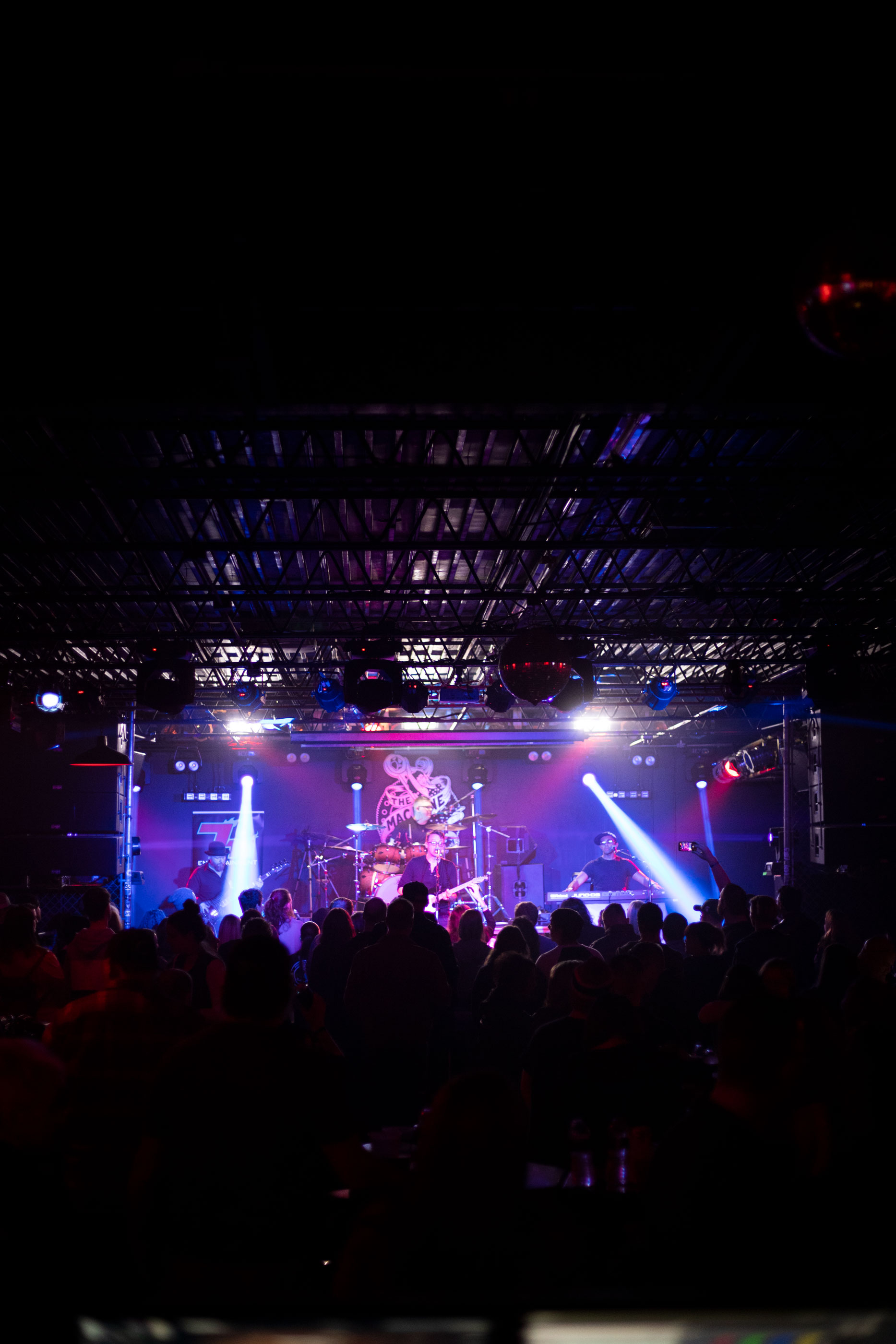 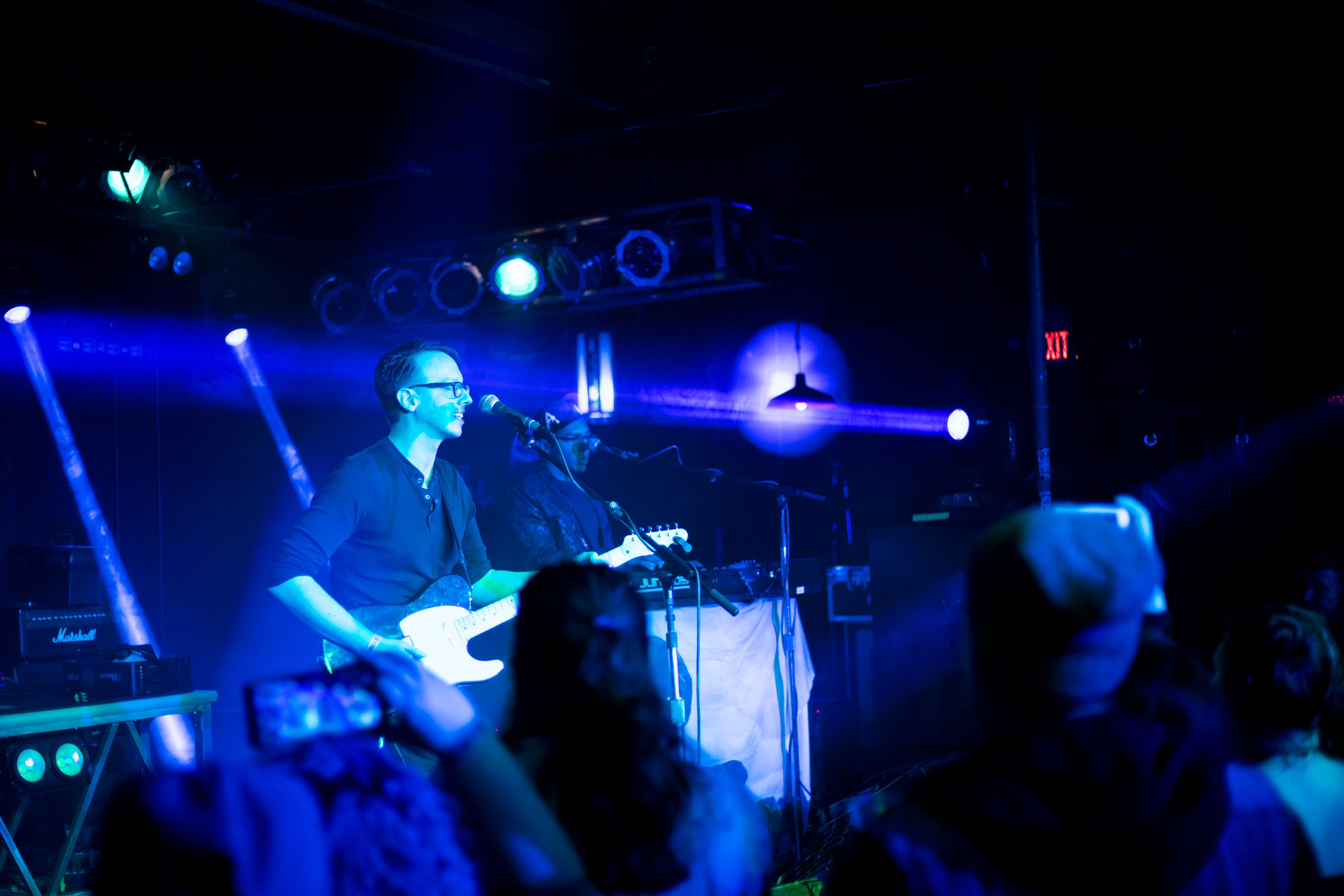 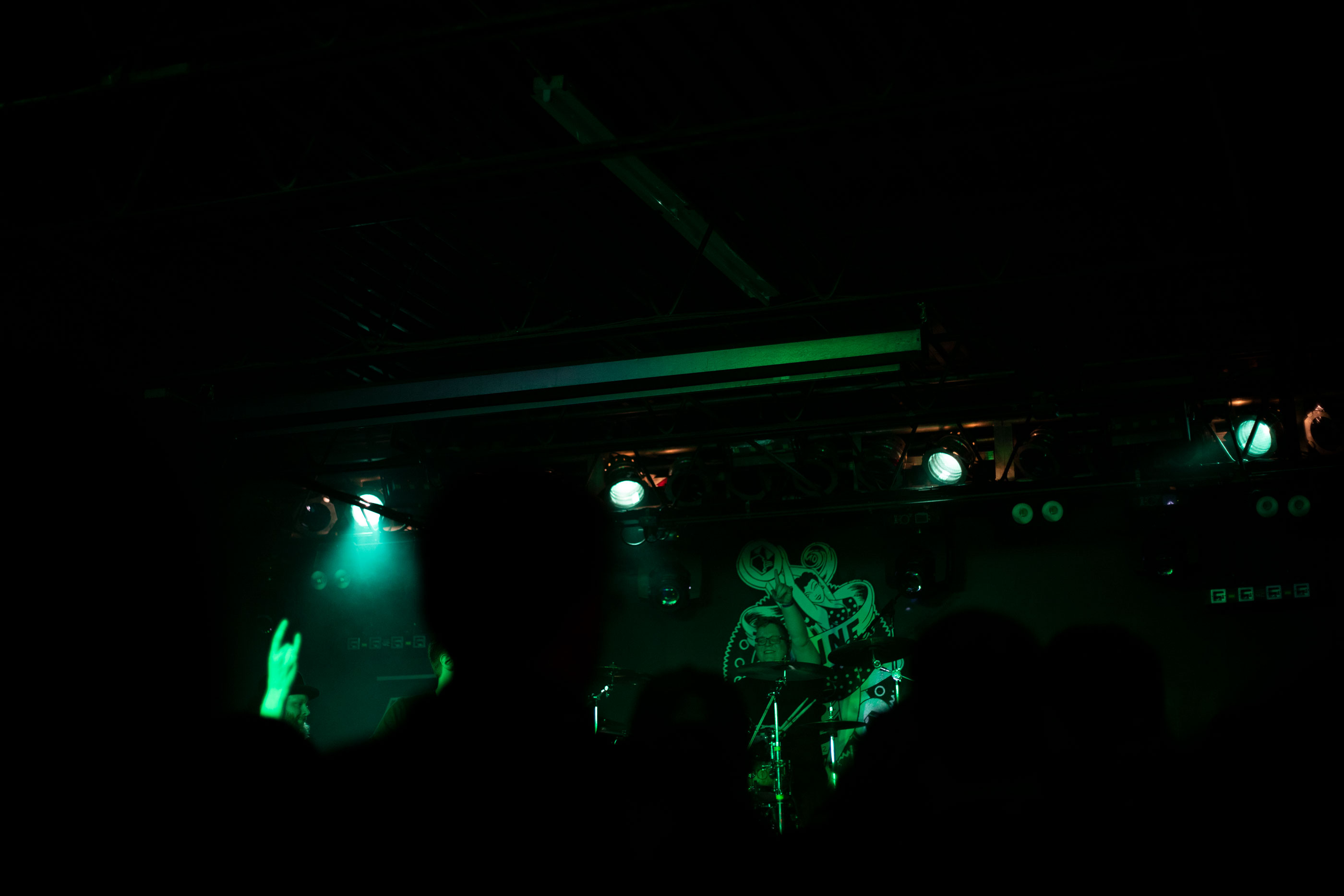 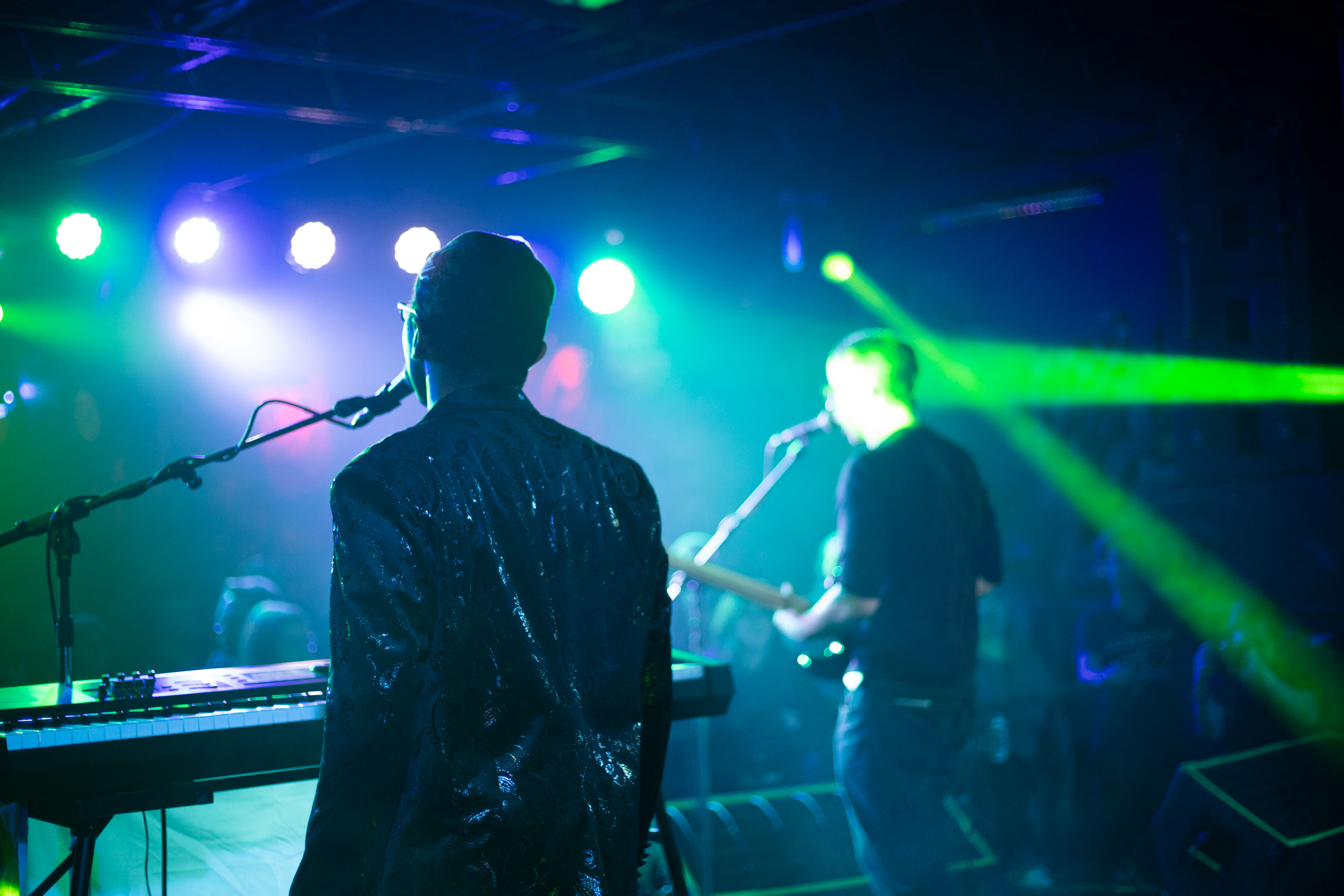 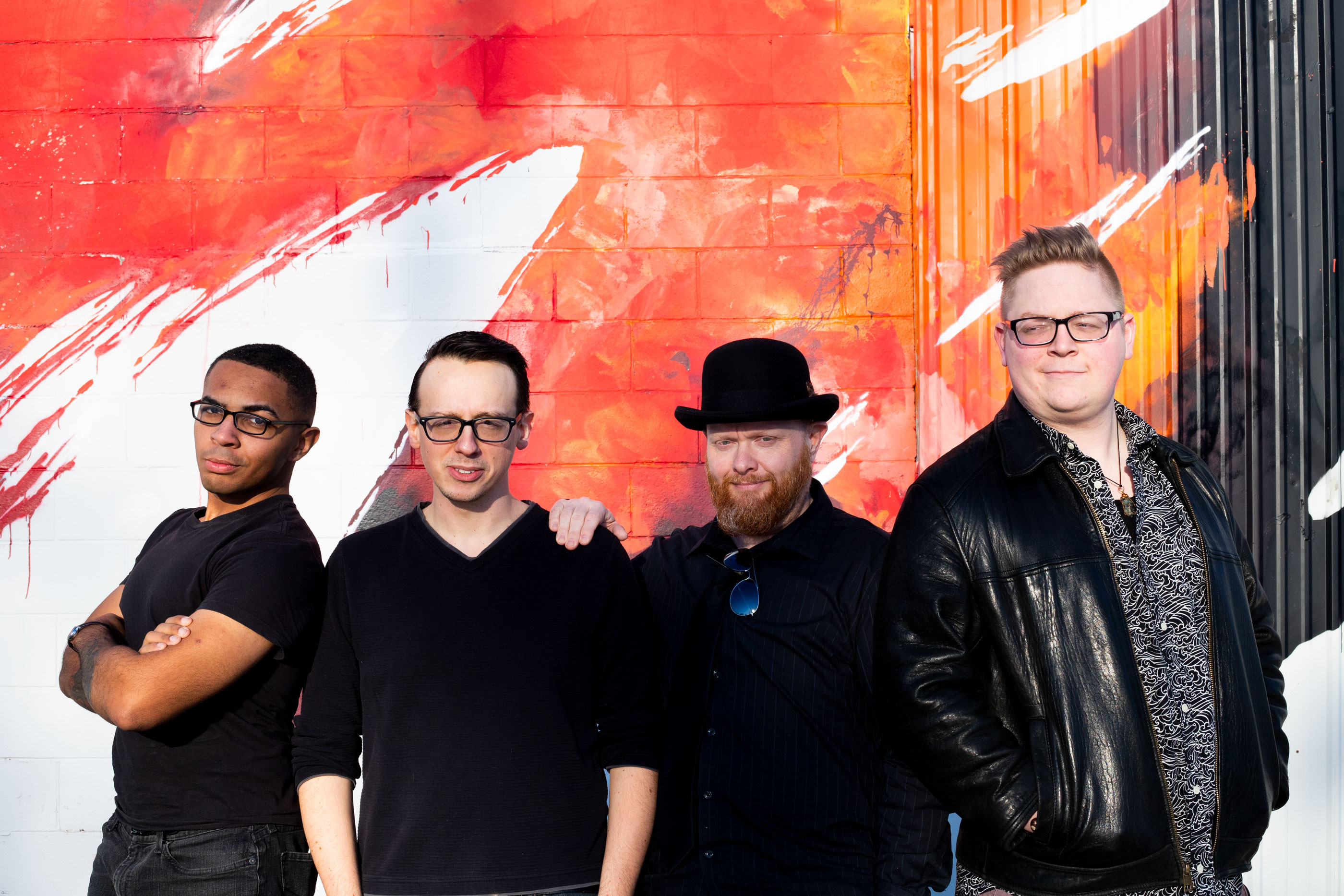 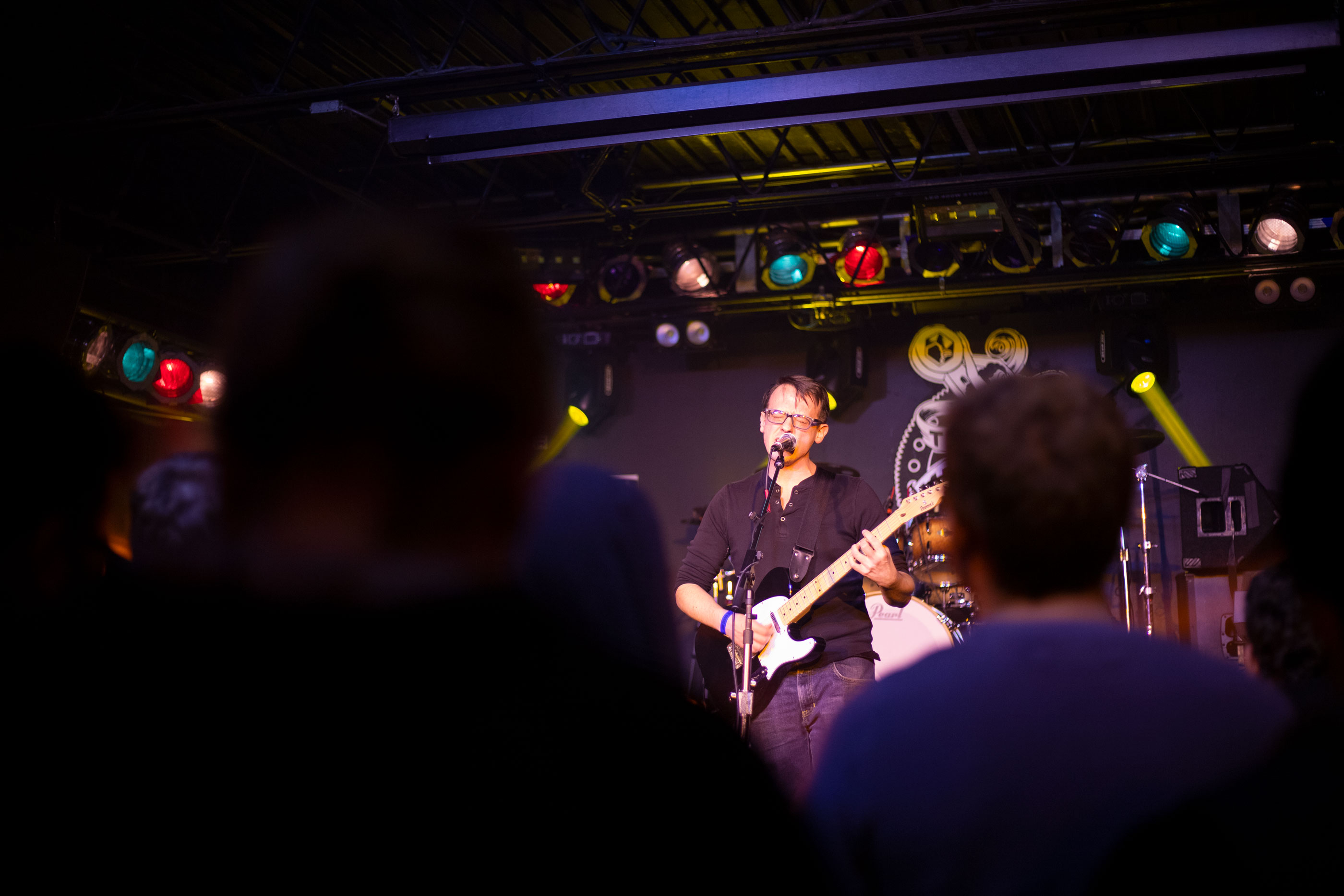 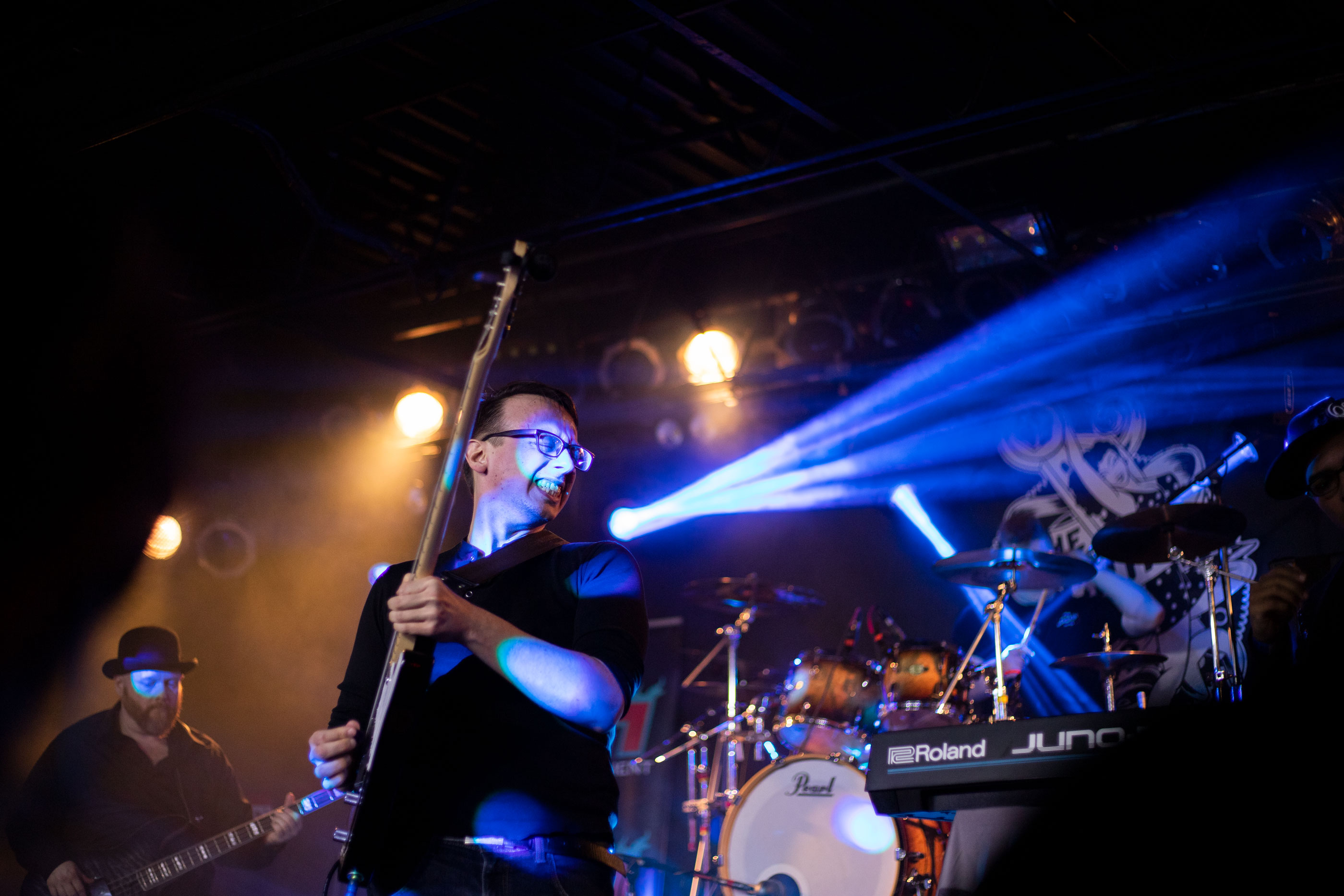 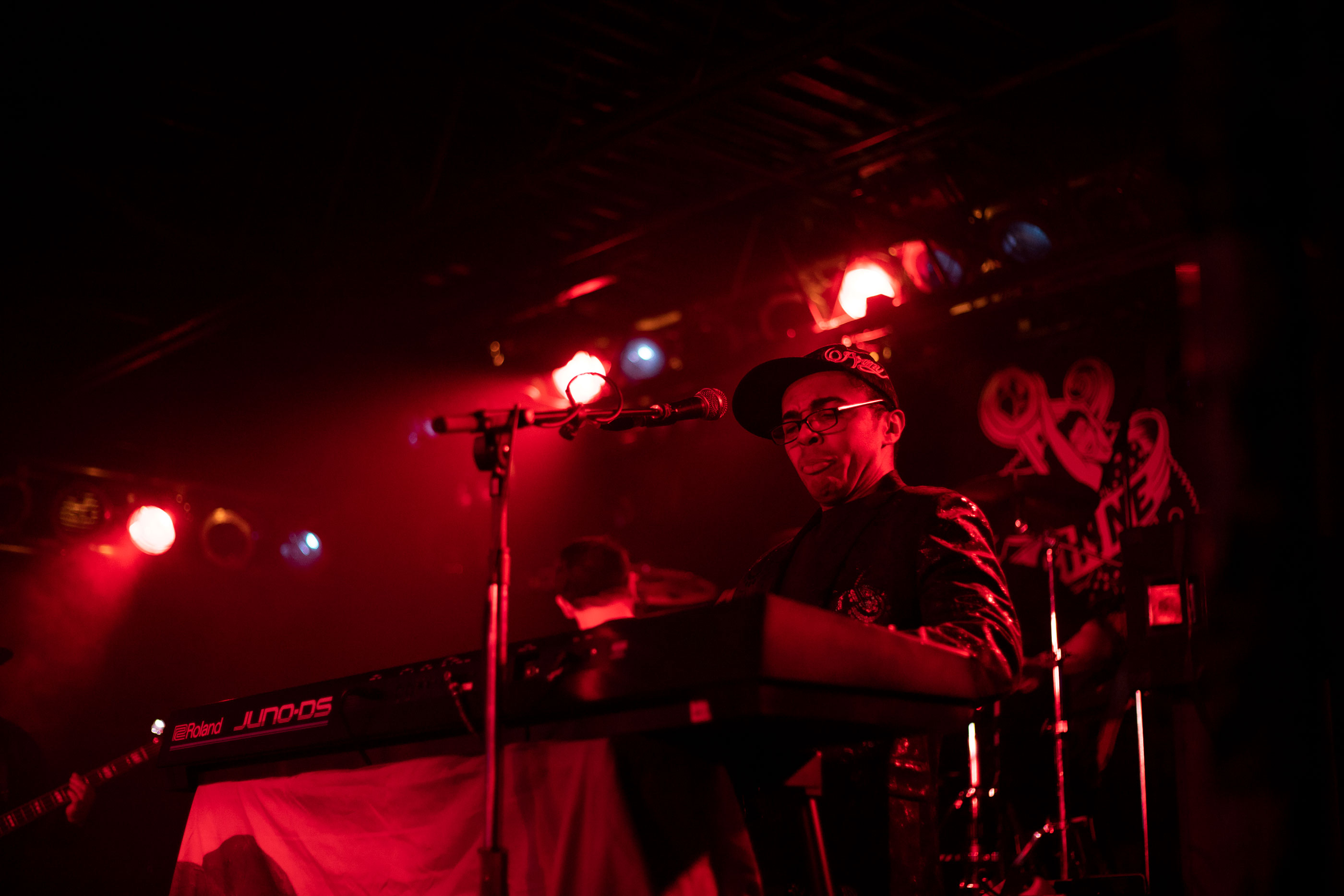 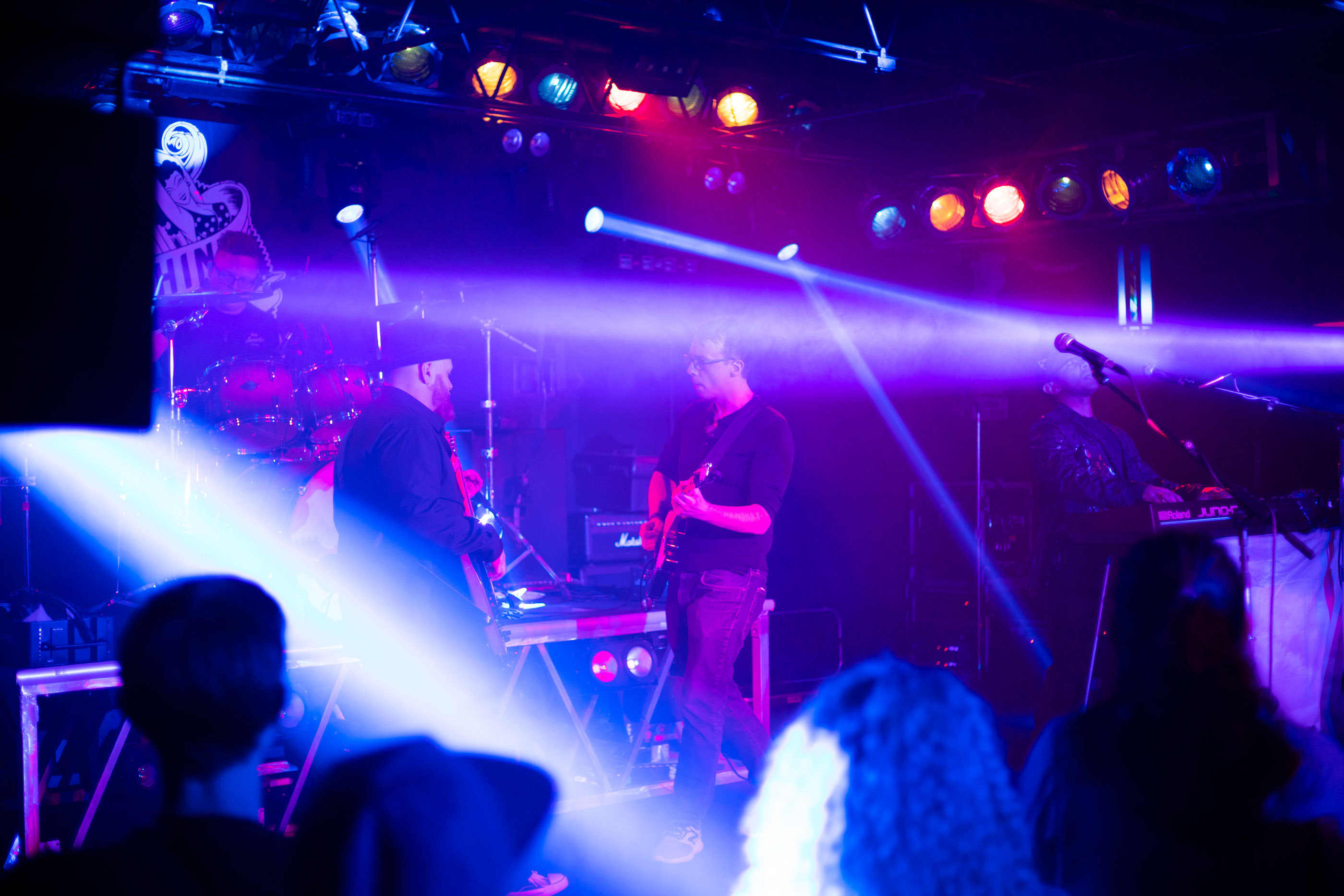 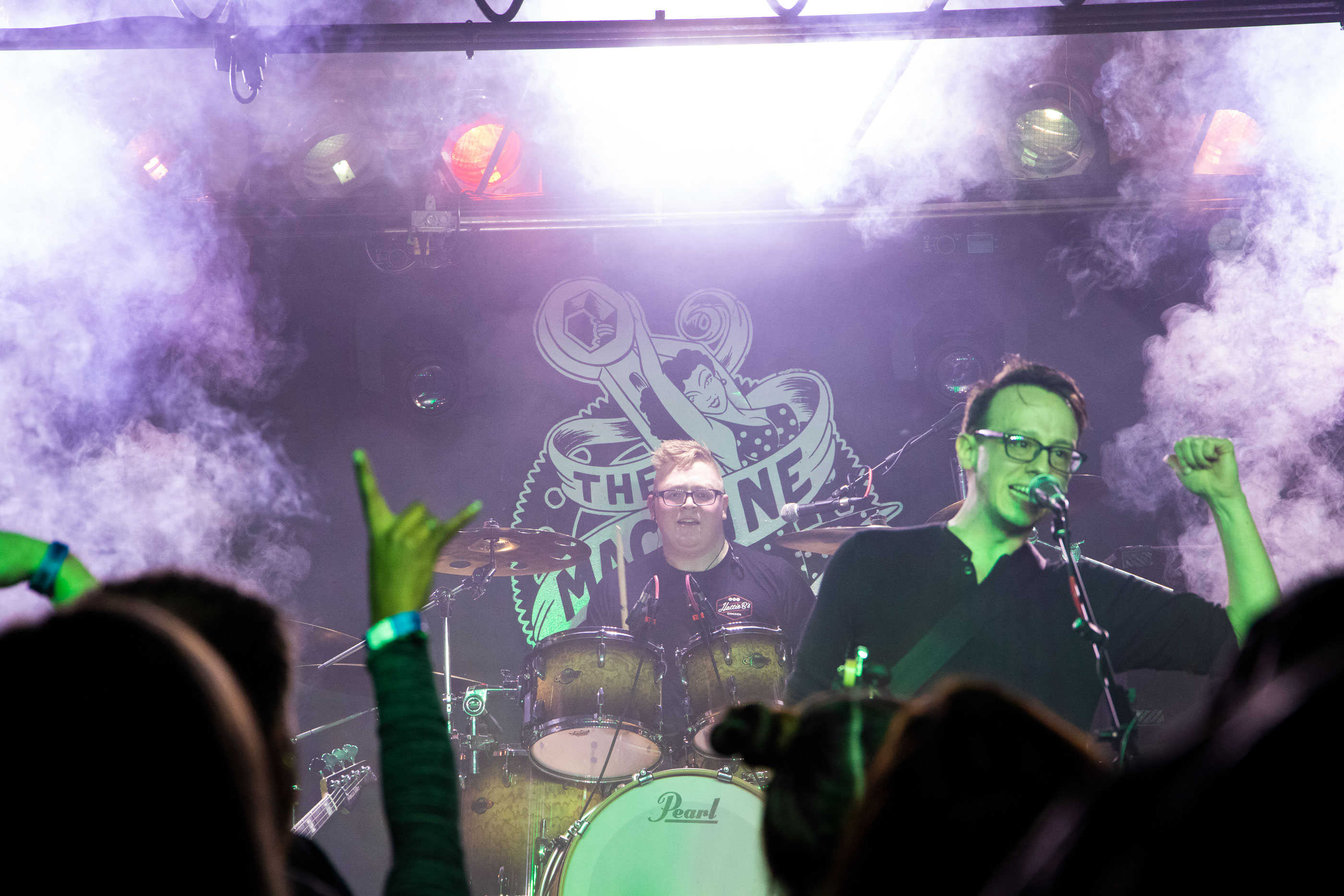 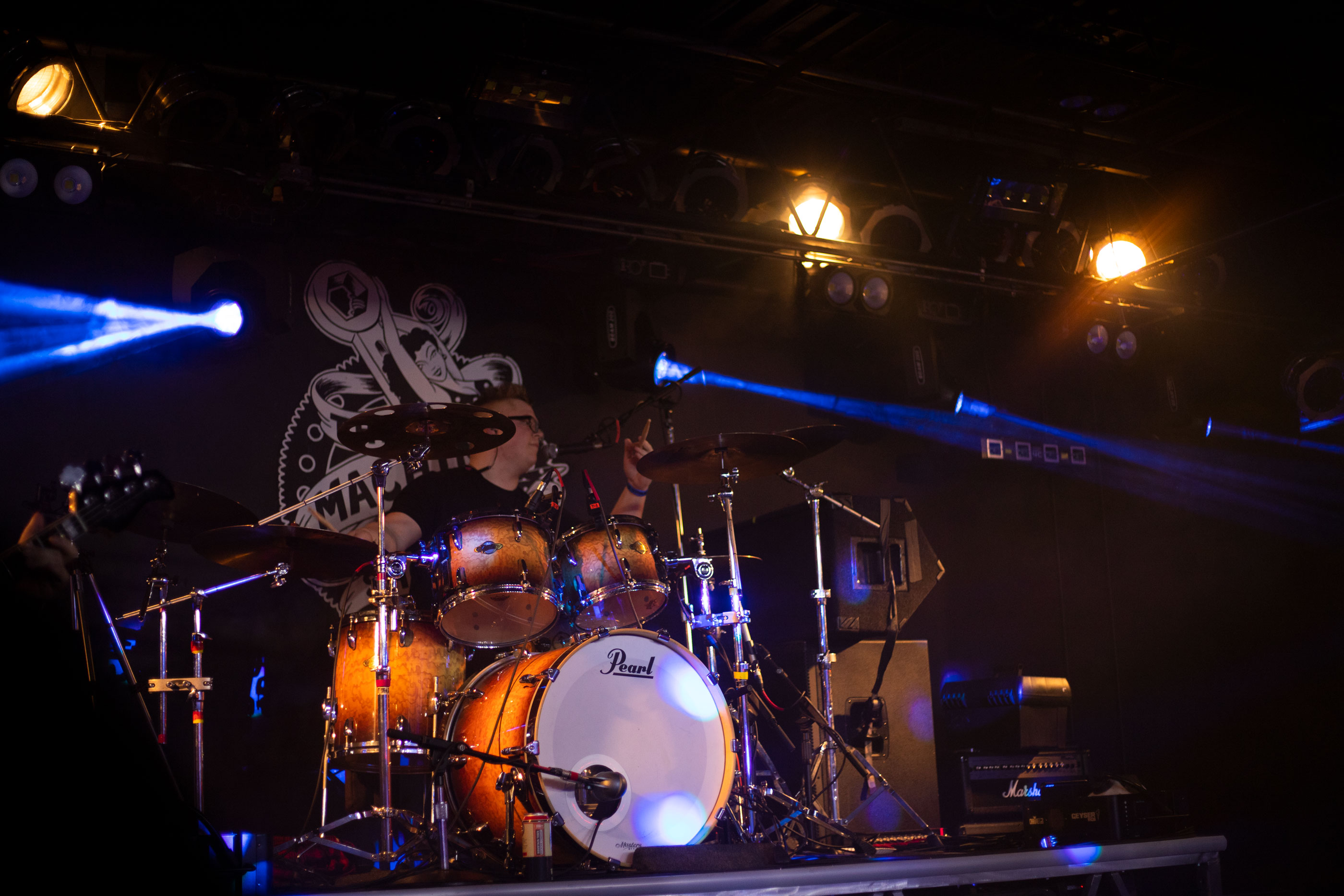 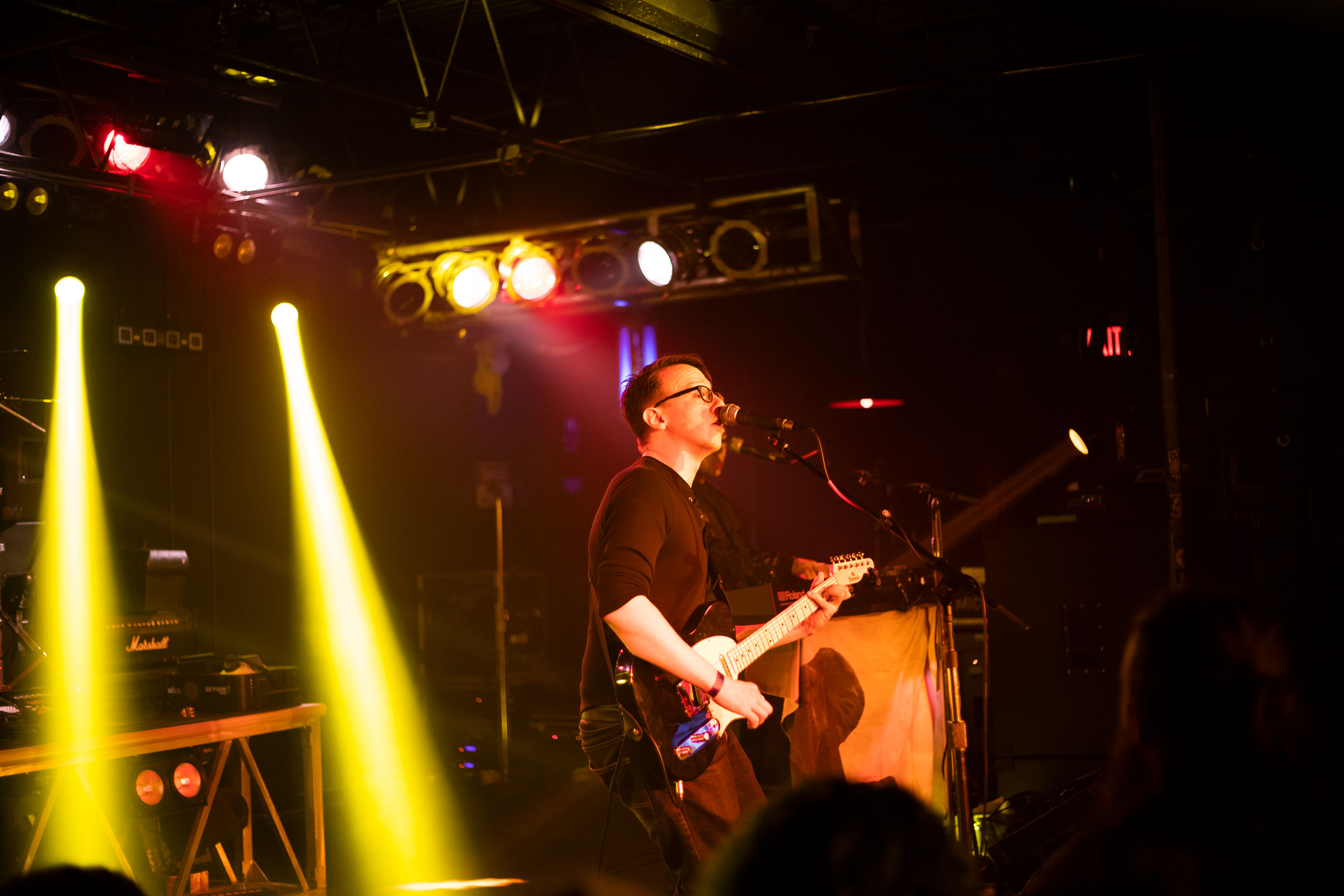 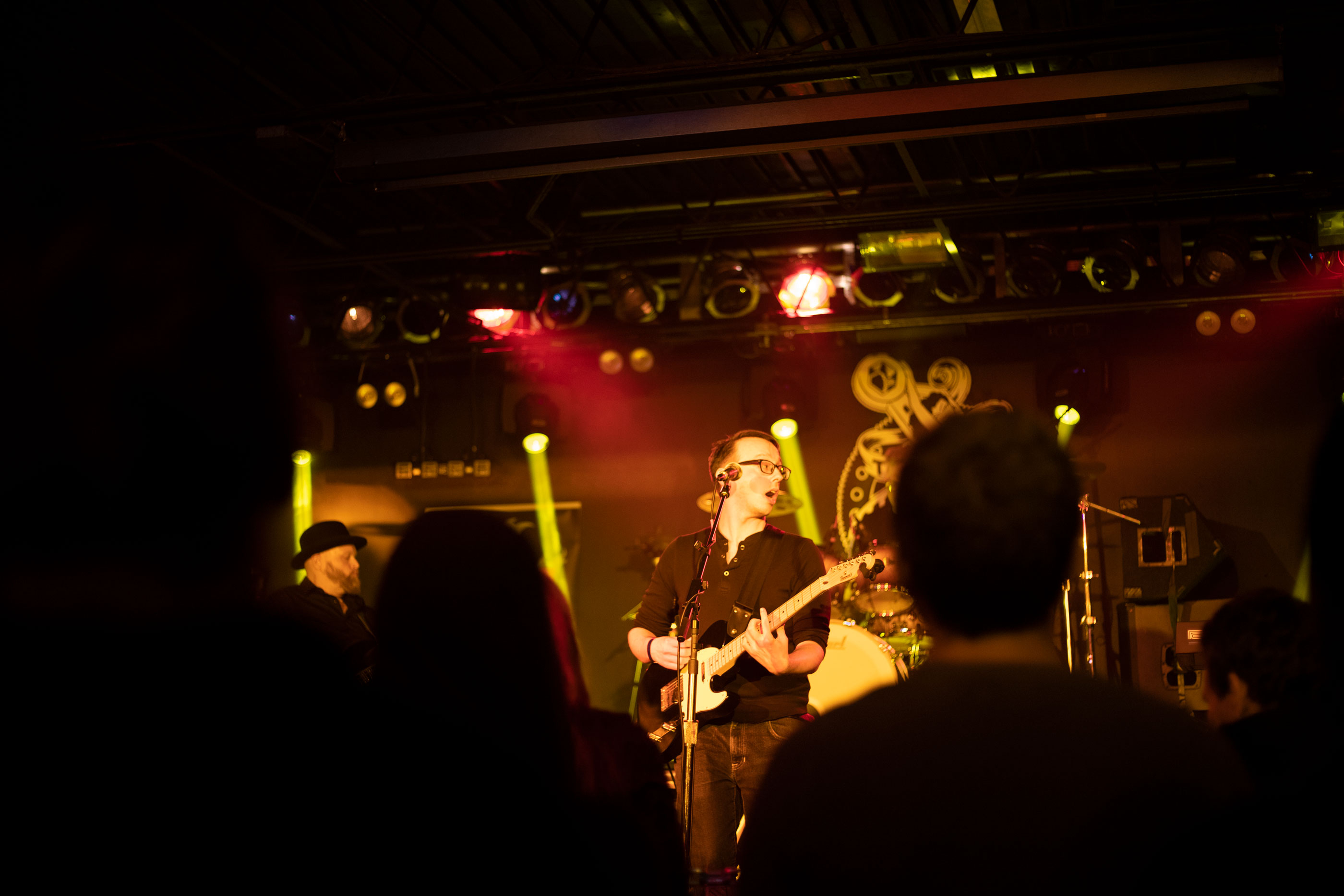 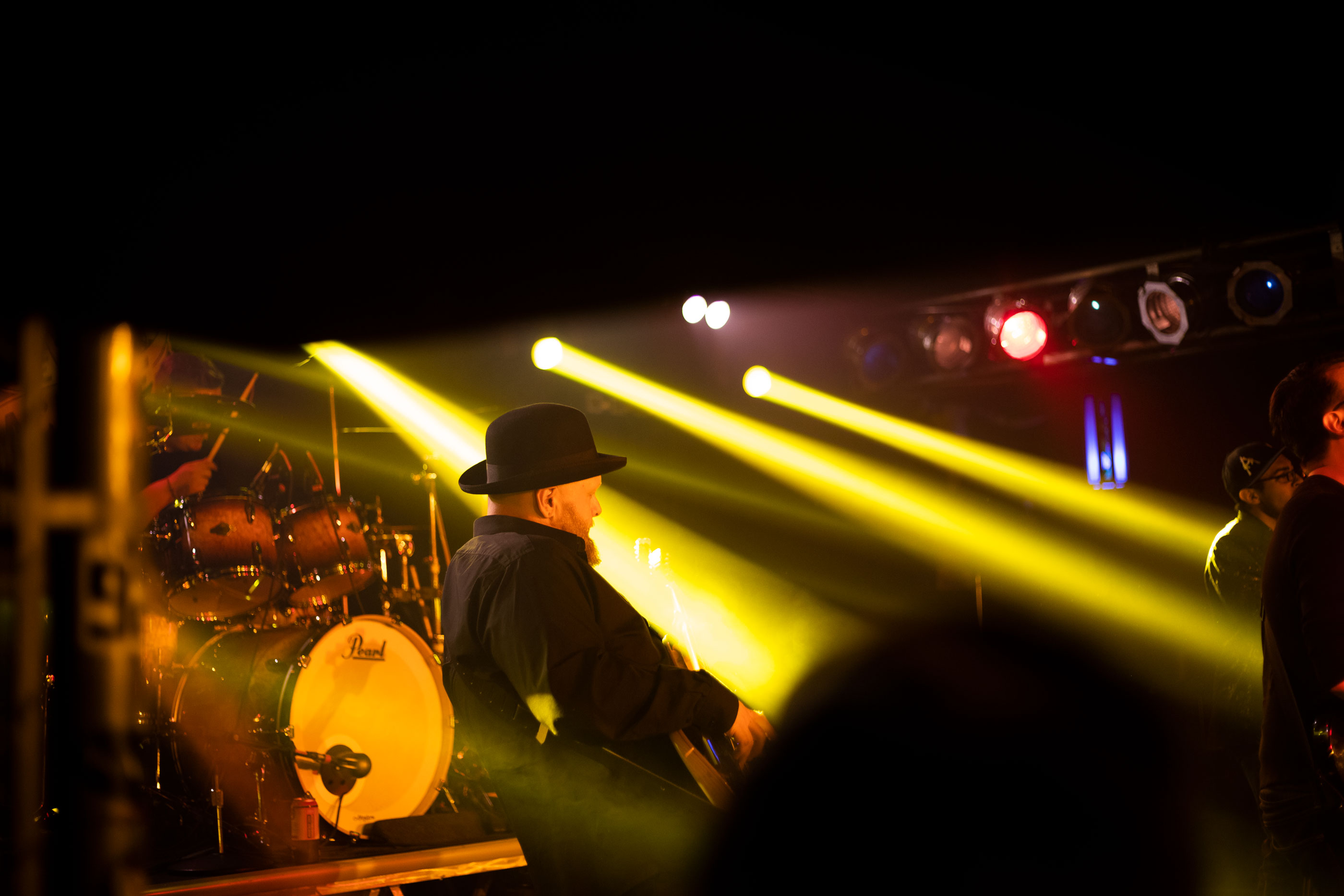 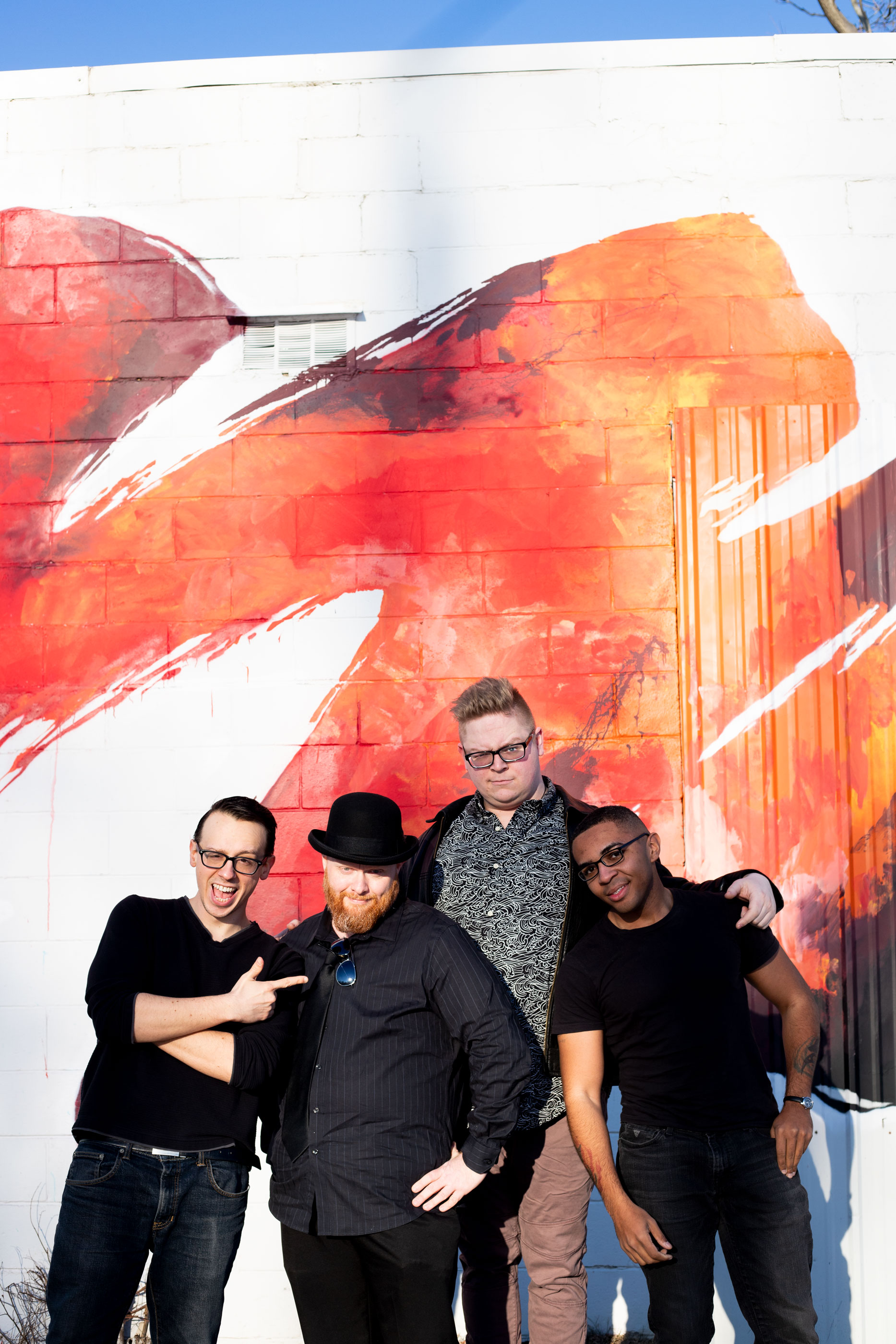 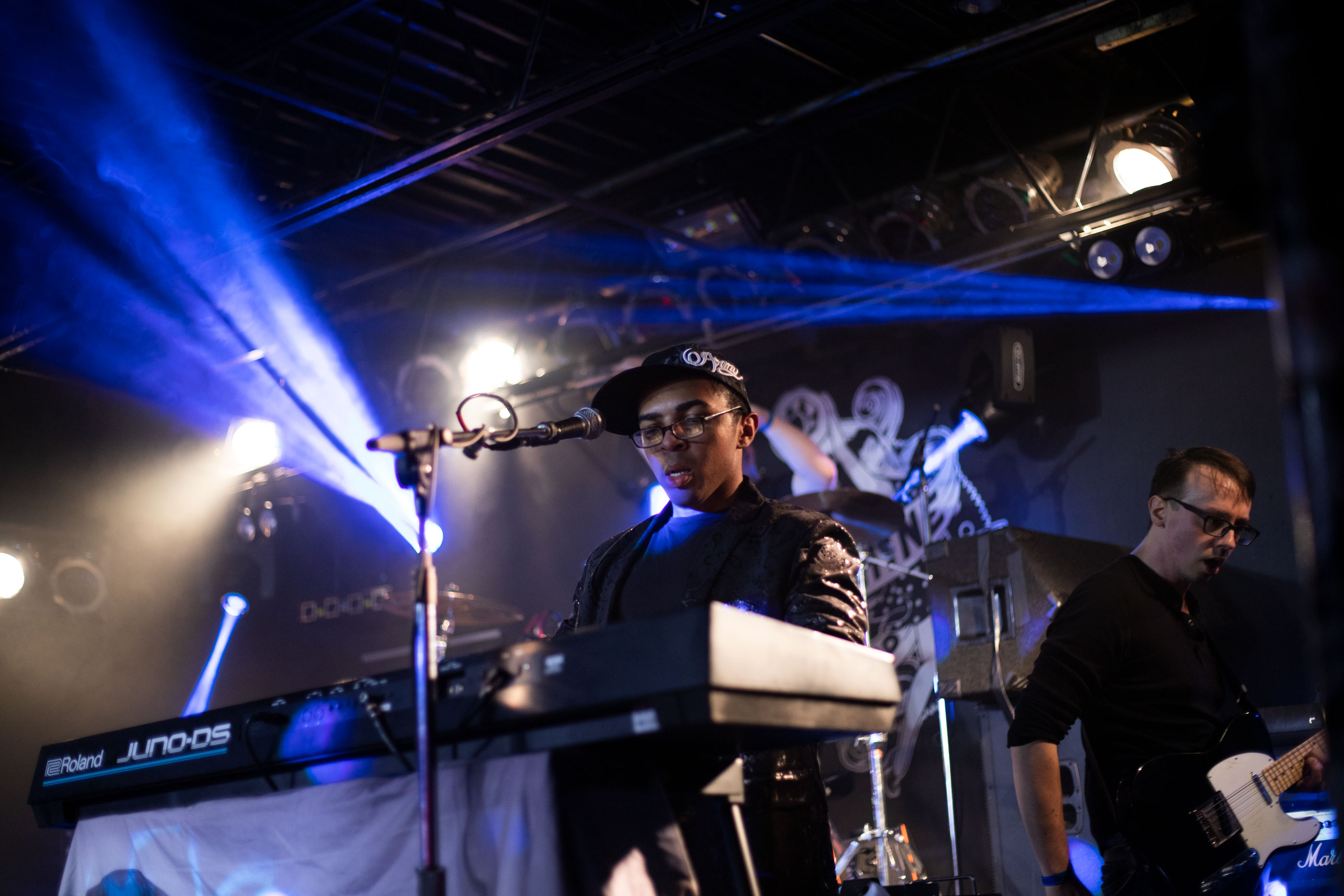 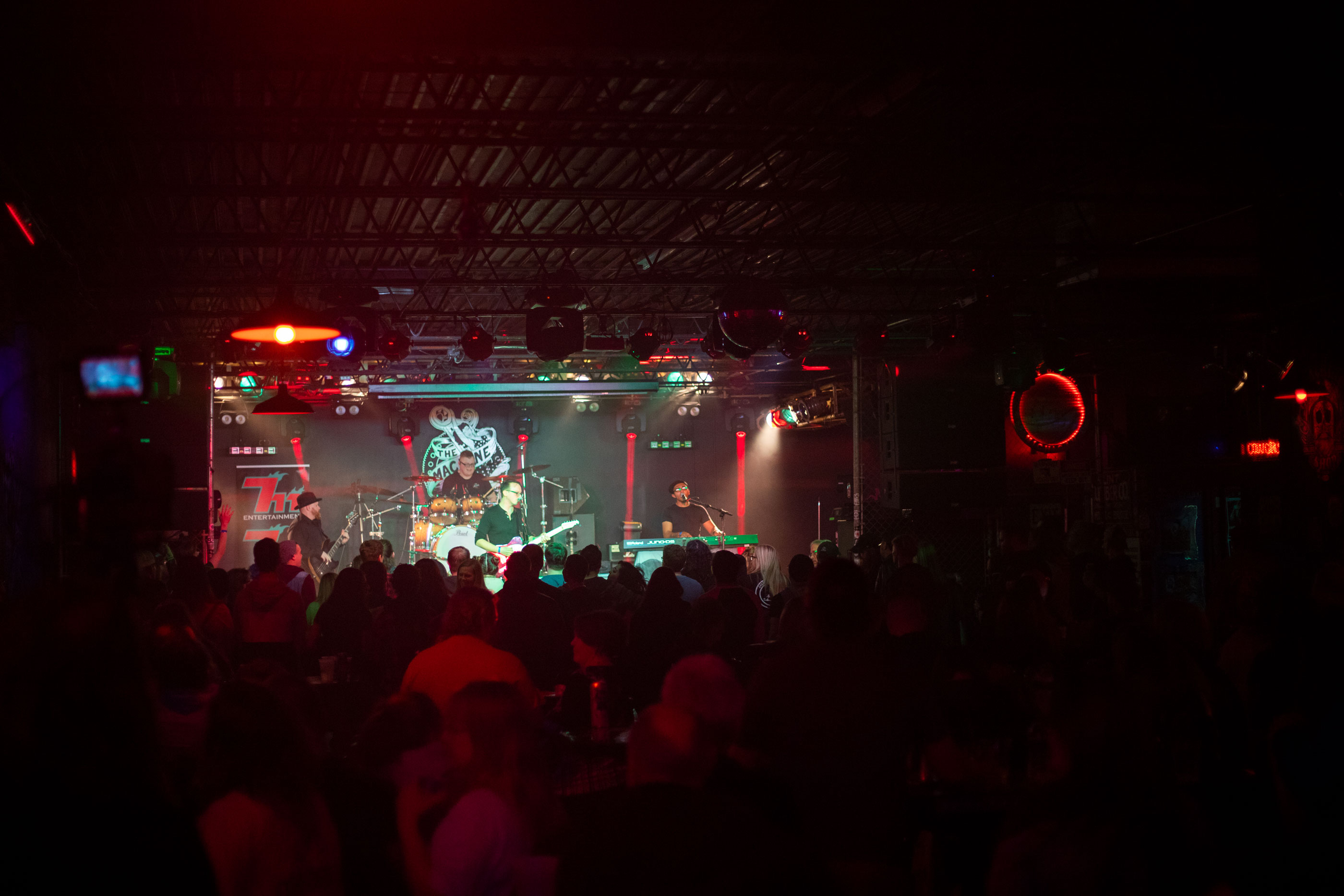 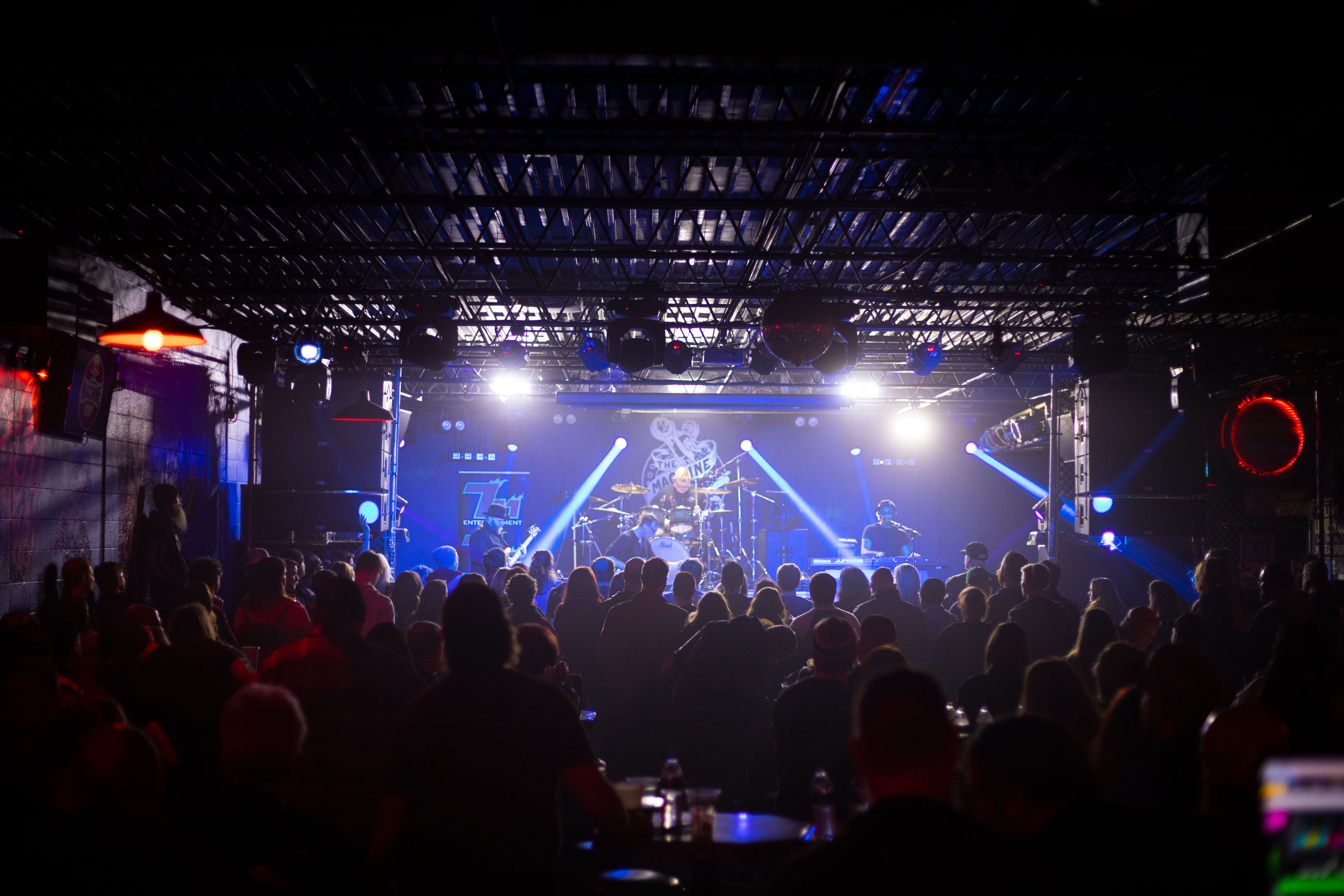 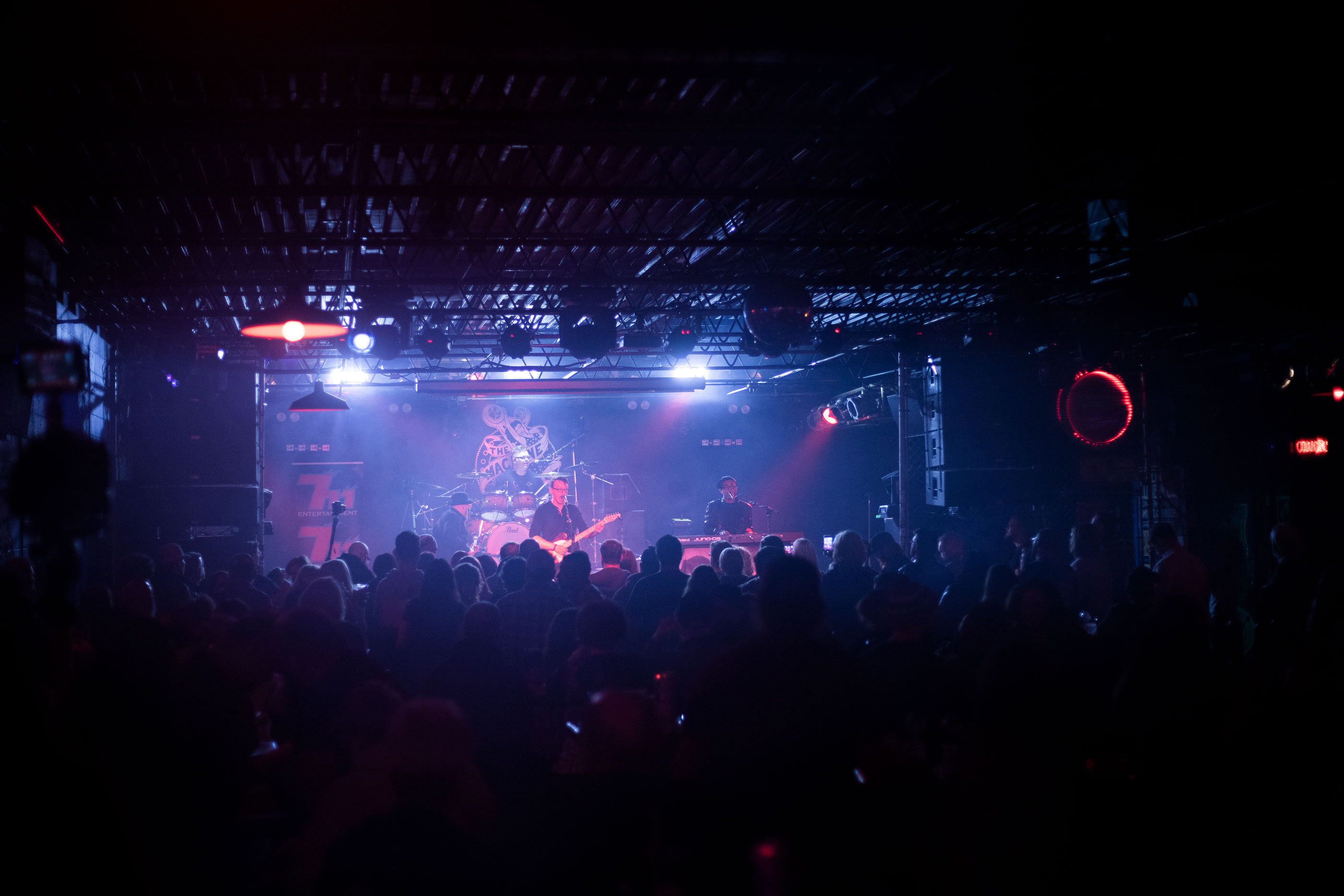