Kaitlin Johnson is a vivacious 10-year-old who loves things that are pink and sparkly. She is home-schooled and her mother is her teacher. She loves Mexican food, especially shrimp tacos. But most of all: Kaitlin loves helping others and volunteering at Communities First, Inc.

The daughter of Ben and Dena Johnson, this spunky young lady started volunteering for CFI at just four years old. Both of Kaitlin’s parents are community-oriented and active volunteers; Dena was a CFI board member for six years, and is now an employee. “I always wanted to go with my mom,” says Kaitlin. Her mother smiles and adds: “So, I put her to work.” 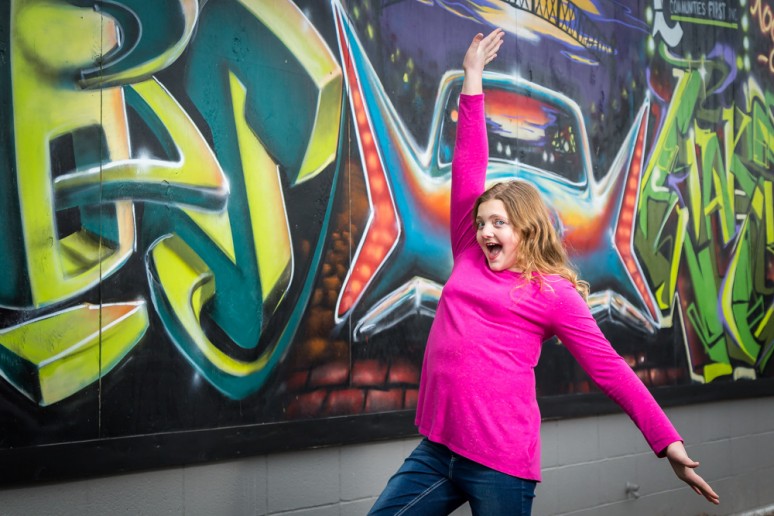 Kaitlin’s first experience with volunteering was at the Food Bank of Eastern Michigan, sorting food with college students when her mother was working at Kettering University. She helped make no-sew blankets at Kettering for Project Linus. “It was fun,” Kaitlin remembers. She also has volunteered on World Kindness Day, which encourages people to perform random acts of kindness. “I just give a helping hand wherever it is needed,” she says.

According to Essence Wilson, co-founder of Communities First, Inc., Kaitlin has matured into an amazing advocate and ambassador for their organization. Kaitlin currently serves on the planning committee for CFI’s outdoor movie event, Movies Under the Stars, and helps out in the office. “I go to a lot of meetings for Movies Under the Stars,” explains Kaitlin. “You’ll find me at most of the CFI events.” 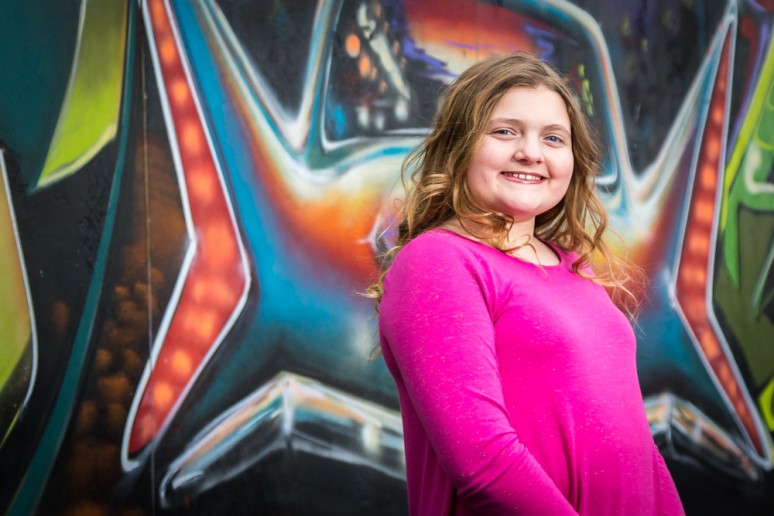 When Kaitlin is volunteering, she is often accompanied by her mother and father, her brother Zachary (age four), and her cousin. “We are committed as a family to volunteer,” says Dena. According to Kaitlin, Dena is her role model. “I want to be like my mom,” she says.

Dena shares that her daughter has an uncanny ability to reach out to people of all ages and from all walks of life. “Kaitlin sees people for who they are and where they are,” she says. “She treats everyone the same. She’s not afraid to sit down and talk with someone – no matter what their situation is. It’s part of her personality. I’m really proud of her for that.”

“Dena believes in community service and loves that her daughter is able to develop useful leadership skills through her involvement with the organization,” says Essence. 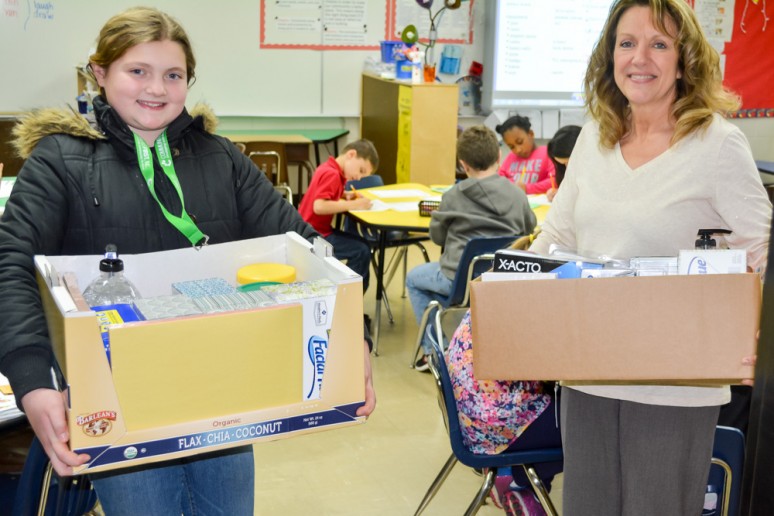 When attending events, Kaitlin volunteers with check-in, picking up trash, and giving out water to guests and other volunteers. “I’m sometimes in charge of running the games, but I get to play them, too,” she shares. “I make sure people get flyers about events, and I even get to help plan some of them.”

In addition to aiding public CFI events, Kaitlin has her own monthly “Art Day,” when she works with residents at Swayze Apartments (a supportive housing complex for those with special needs, homeless, or at risk of being homeless) and Oak Street Senior
Apartments, to learn what they are interested in and come up with various art projects. Both of these living complexes were projects of CFI, and Kaitlin is continuing their efforts. “Kaitlin has always had the ability to help others reach their potential,” says Dena. 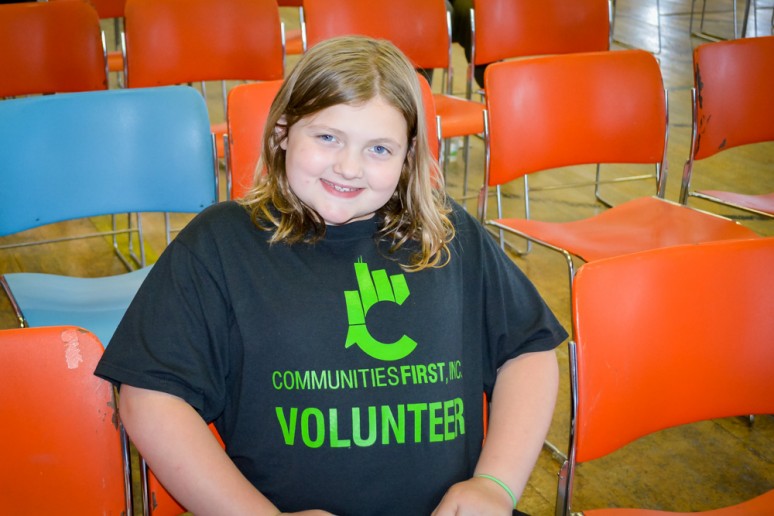 Kaitlin is passionate about giving her time, not only because she likes helping people, but because it’s fun. “I make new friends and it makes me feel good about myself,” she says.

Last year, the go-getter volunteered more than 90 hours of her time. “I like volunteering because I get to inspire people to do what they like. I find out what they like by talking to them and asking questions,” Kaitlin explains. “Interacting with people and being nice is a good way to find out about them. People need to know that they can do anything, but sometimes they need someone to help them find out what it is.” So, she tells them: “Be inspired and reach for what you want; it is inside of you.”