A talented performer, Bruce Bradley has had a lifelong interaction with theater and dance. Today, he’s passing on his passion to local children with a vision to create opportunity through the arts.

Born to parents who met in Flint after migrating from the South, Bruce grew up surrounded by and immersed in music. “My father was the oldest of his siblings, so our house was the meeting place for the whole extended family. Every weekend, it was packed with people, and music was a big part of those gatherings. My sister and I used to practice dancing with the TV show American Bandstand. I was pretty good and my dad was so proud of us. He’d call us out to give little performances in front of the family.” As a child, Bruce remembers his sister’s friends loving to practice dancing with him too. “When I went to school, I used to dance with the girls at recess while the boys played ball,” he chuckled, “so I guess you could say I was endeared to dance from a young age.” In middle school, Bruce taught his friends to dance in preparation for parties. “Dancing was part of the social fabric of the black community,” he remembered, “because music in general played such a huge role. Fabulous black musicians performed in Flint, and after their sets, they came to houses like my aunt’s and played for us all night.” By the time Bruce was in high school, he was involved in sports like wrestling, football and swimming, but dancing remained an important part of his social life. “All the kids would practice, you know, when a big dance was coming up,” he explained.

When Bruce graduated high school, he dreamed of going to college, but with his father dying of cancer, he got a job in the factory to support his mother and attended Mott Community College by night. “I was recruited into a fraternity when they saw my dancing skills, since competitions were a big thing,” he remembered. Bruce did eventually get to go to college, and graduated from Arizona State University with a degree in art education. “The most important component of my time at ASU was not my degree, but rather my involvement with theater while I was there,” he said thoughtfully. “When I returned to Flint, I joined the New McCree Theater, and that opened up a lot of opportunities for me.” One of those opportunities was a spot in the cast of One Mo Time in New Orleans, which later showed in Toronto. “I liked to dance, but I realized when I saw that everyone else had extensive training that I needed to invest in that.” So for his 33rd birthday, Bruce bought himself a pair of tap shoes. “While doing another show in New Orleans called Stagerlee, I made friends with a man named Kevin Ramsey, who had studied under some real tap legends. I bugged him all the time to teach me.” 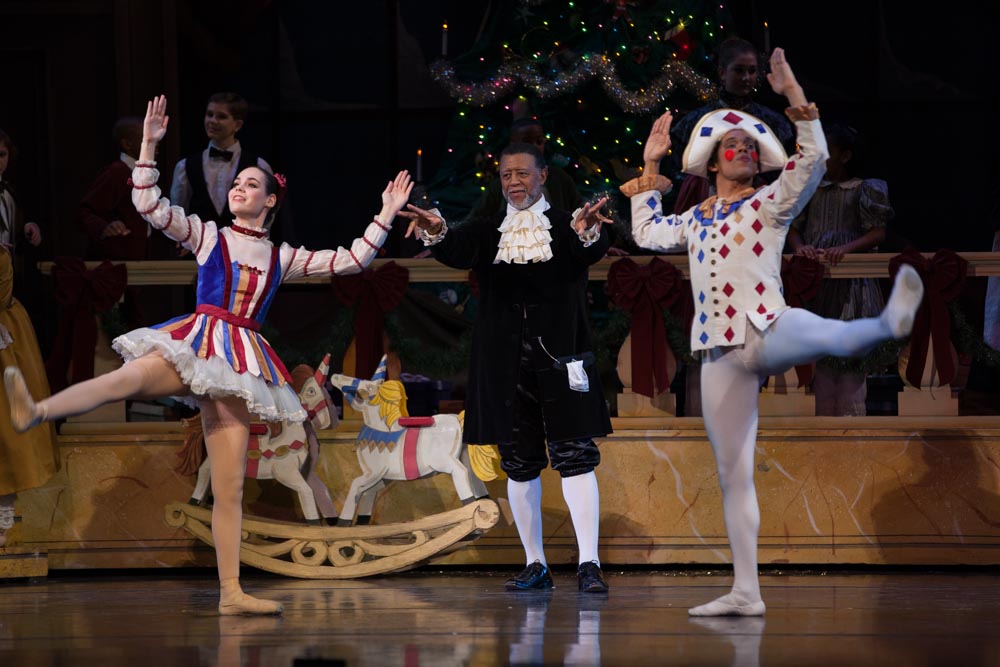 Bruce is well-known for playing the part of Drosselmeyer in the FIM’s annual presentation of The Nutcracker. 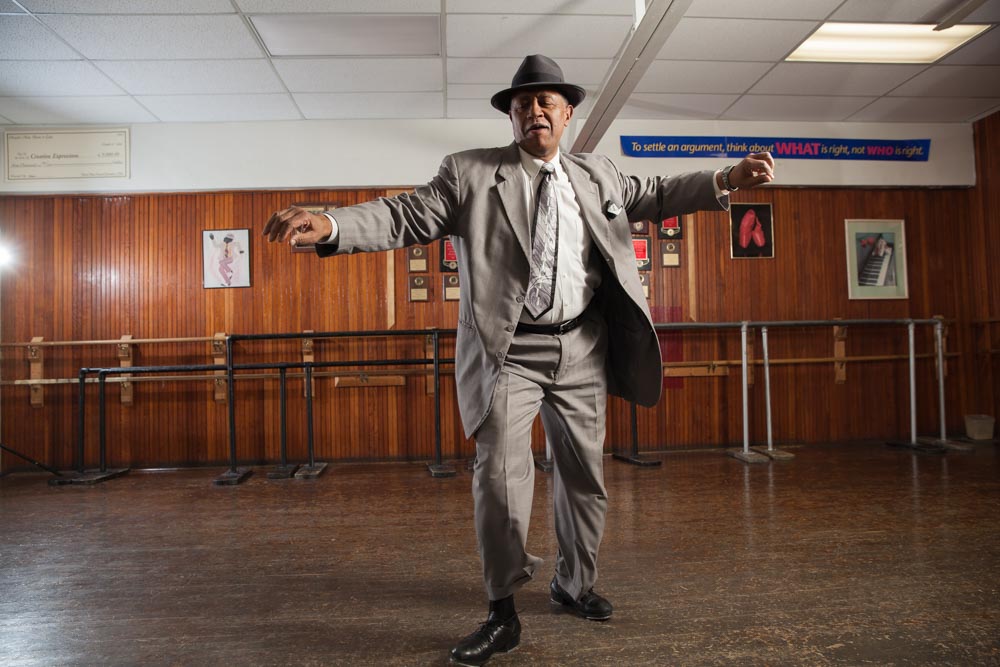 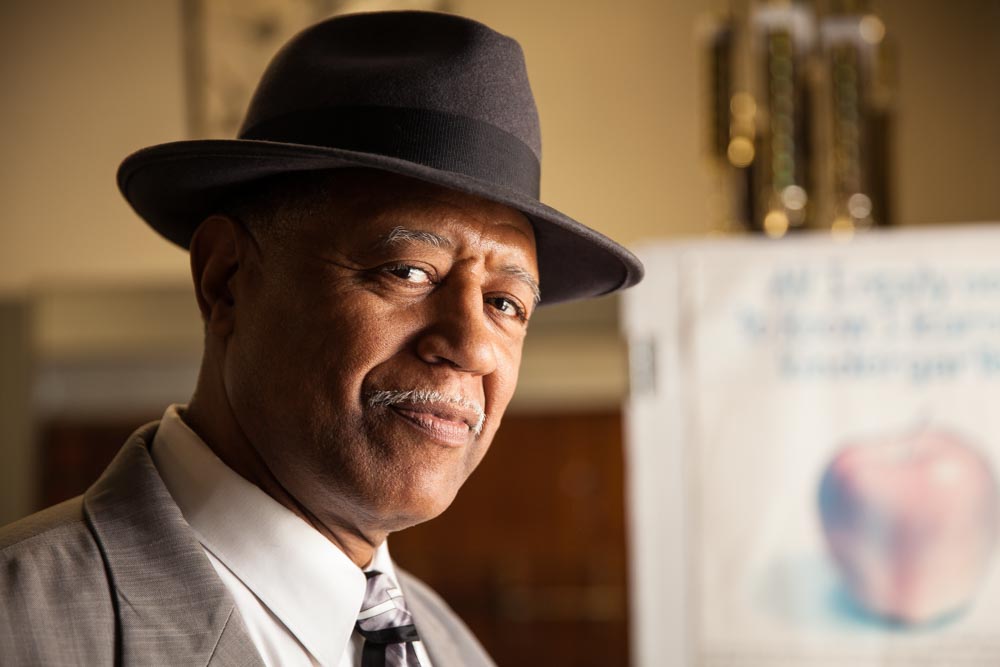 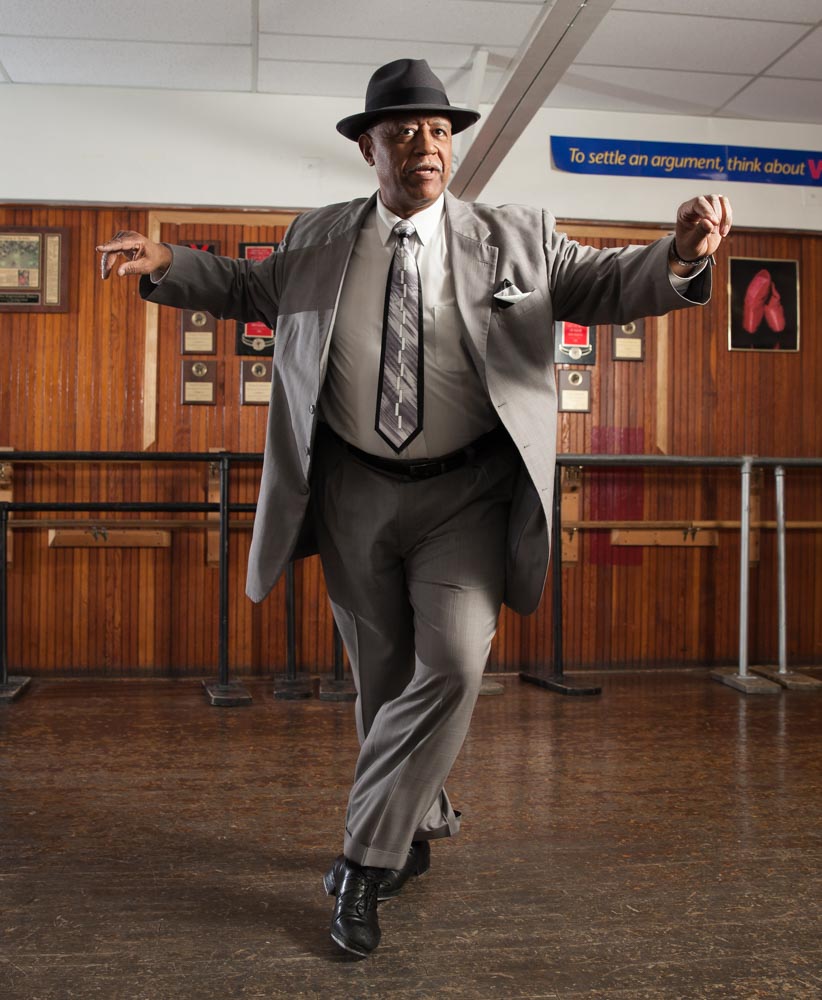 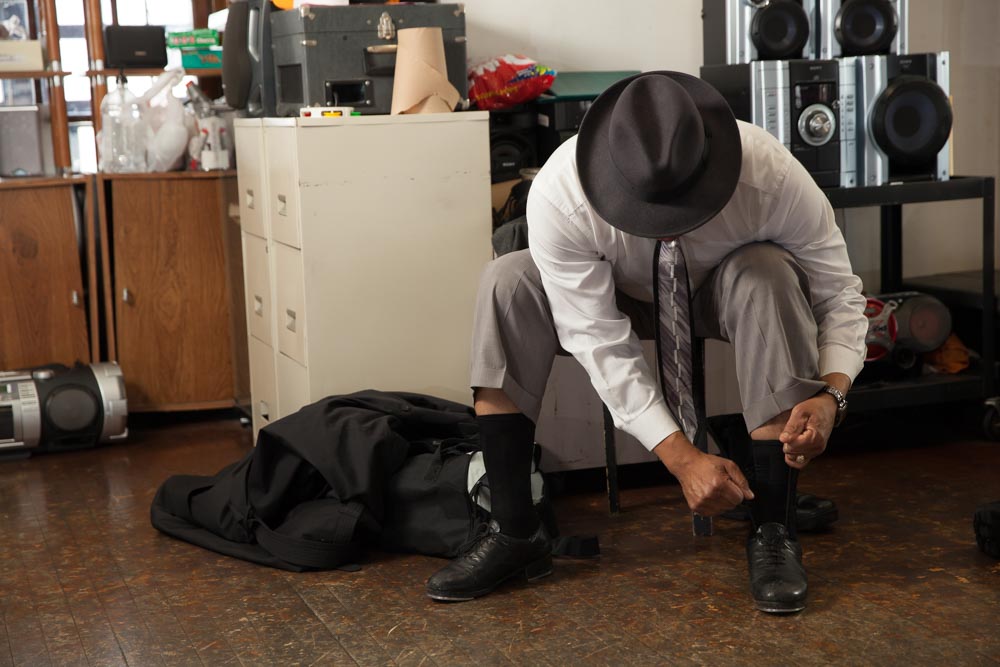 “I get so much reward out of a kid’s passion and giving them opportunity and seeing their confidence build. All my students are better dancers than me.”
Bruce Bradley

After returning to Flint, Bruce was asked to teach to a few kids through a program at the New McCree Theater. “I realized I needed to learn more myself when I saw how quickly the kids were soaking up my instruction. I was in Detroit for a show and I met Lloyd Storey, who was an instructor at the Center for Creative Studies and head of a famous tap group called the Detroit Sultans. I began studying under him and taught the kids in Flint what I learned,” he said.

Bruce’s relationship with Lloyd helped him earn a spot dancing a duo with his instructor in the Broadway hit, Black and Blue, which was touring in Europe. “I was in my 40s when I was asked to join, and it was a competitive atmosphere,” he remembered, “with no room for amateurs. But this was my dream come true, so I worked my butt off preparing for the show: whenever I wasn’t at rehearsal or sleeping, I was practicing. And it really paid off.” Preview night came and Bruce and Lloyd went out to dance their number. “We were in the middle of our dance and I looked over at Lloyd. He had collapsed on the stage.” Bruce knew CPR and immediately went to work saving his friend, who had suffered a heart attack. Sadly, Bruce’s number was cut from the show, and he and Lloyd were not able to perform together afterward, due to Lloyd’s poor health. “Lloyd still coached me, and worked hard to pass on his knowledge to me before he died,” Bruce remembered. Although this setback in his career was disheartening, he says he has no regrets. “You have your plans, but God may have other plans for you. I was a family man first, just like my dad, so I didn’t really want my family to suffer with me on the road all the time, anyway.”

Back in Flint, Bruce’s teaching career continued to blossom, with more and more talented youth joining his class. “I took my kids to a tap festival in Detroit and decided that I wanted to do my own festival here in Flint,” he remembered. Bradley’s Tap Fest for Youth was held in 2000, and the Flint children’s tap group – the Flintstone Hoofers – wowed the audience with their skill. “Tap has opened up opportunities for so many of my students,” he explained, “even if they didn’t go into it professionally. It allows them to learn discipline and hard work, in addition to the skill of dancing, and through my program, they have the opportunity to travel, network, and experience new things.” After a few years’ hiatus to take care of his family, Bruce started the festival back up in 2005 under the name Tapology, which also includes a summer intensive tap camp and year-long instruction. Kids now come from all over Michigan to participate, and Bruce’s success is fueling his vision of Flint as a cultural mecca, where the arts and the community both flourish. “The spirit of Flint is not gone,” he said, “it just needs to be redirected toward a burgeoning industry.”

As Bruce works to create a sustainable program with Tapology, which can continue to grow and develop for years to come, he says he is always looking for new opportunities. “If we dream the dream and we’re not afraid, there’s no limit to what we can do,” he smiles. ♦