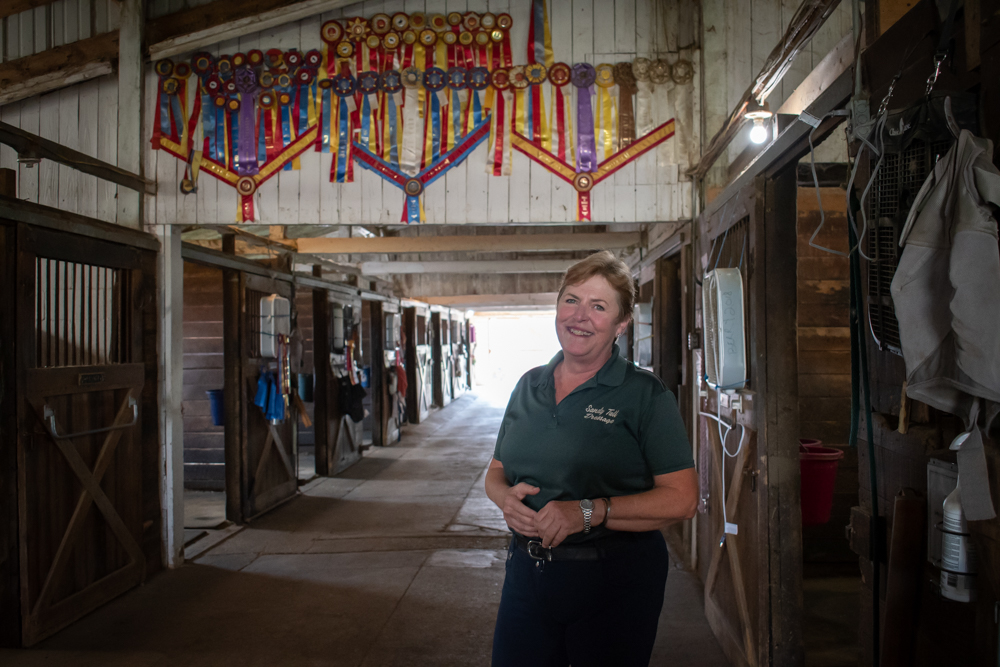 On 100 acres of pristine land in Mt. Morris Township sits Southview Farm, owned and operated by Sandy Tull. Over 150 years old, it was first a dairy farm owned by Sandy’s grandparents, Carl and Marie Brown, and then by her father, Lloyd Brown. The farm is now a premier dressage training center and full-service horse boarding facility with 24 stalls, pastures, and indoor and outdoor arenas. The Tulls live in the farmhouse that was once owned by her grandfather.

According to Tull, the word dressage is derived from the French term meaning training and is a highly-skilled form of riding that is performed in exhibition and competition. The horse is trained to perform controlled movements as directed by the rider, such as halt and sideway trot. “In a competition, every single movement is judged separately,” she explains. “The rider and horse are in the ring alone.” 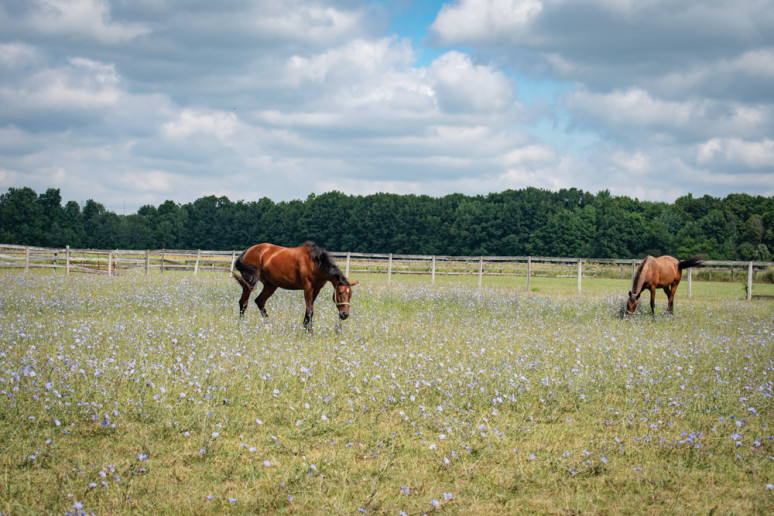 “This is my passion, it’s what I love. I can’t imagine not doing it.”
Sandy Tull

Tull has always loved horses. “I got my first horse when I was 12 years old and it just escalated from there,” she remembers. She took riding lessons at age 16 and after graduating from high school, went to Virginia to attend Morven Park International Equestrian Institute for one year. “That’s when I knew what I wanted to do,” she adds. “I wanted to teach people how to ride.”

When she returned home from equestrian training, Tull worked for about a year at a local riding stable. At Southview Farm, the barn was then empty, so she asked her dad if he would build a stable so she could start her own business. They built 14 stalls and in 1975, the first part of the indoor arena was constructed. “We started out small,” Sandy shares. She began giving riding lessons and boarding horses, which is how she met her husband, Francis Tull. “He brought a horse here to board,” she says with a smile, “and the rest is history.” They got married and bought the farm from her dad. They also purchased a Hanoverian stallion and got into the breeding business. Hanoverian horses originated in Germany and are often recognized as one of the world’s most prominent and successful riding horse breeds. “We had a lot of foals every year,” Sandy laughs. 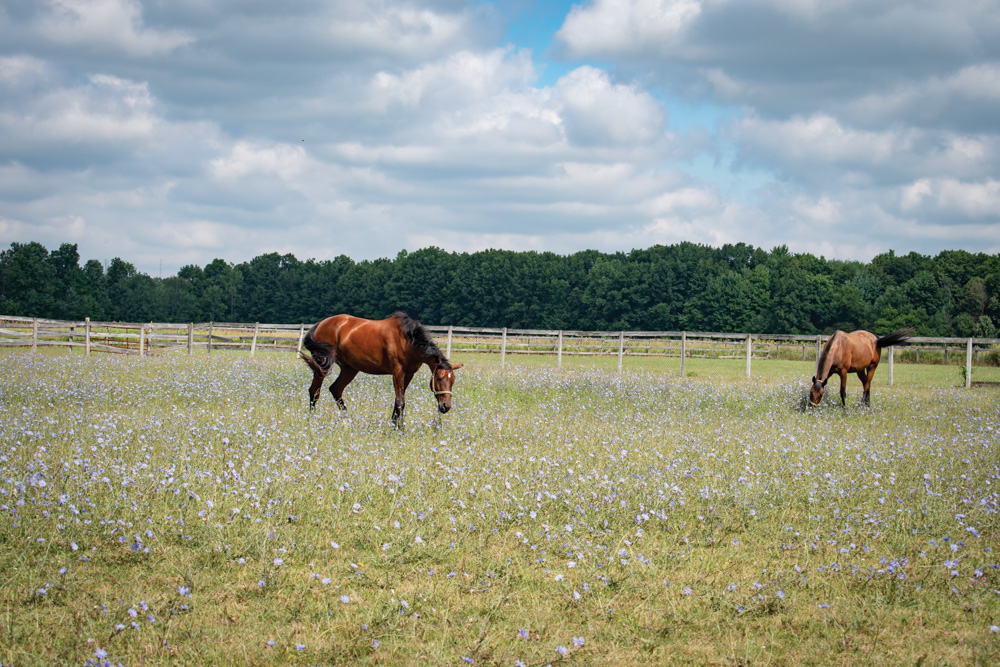 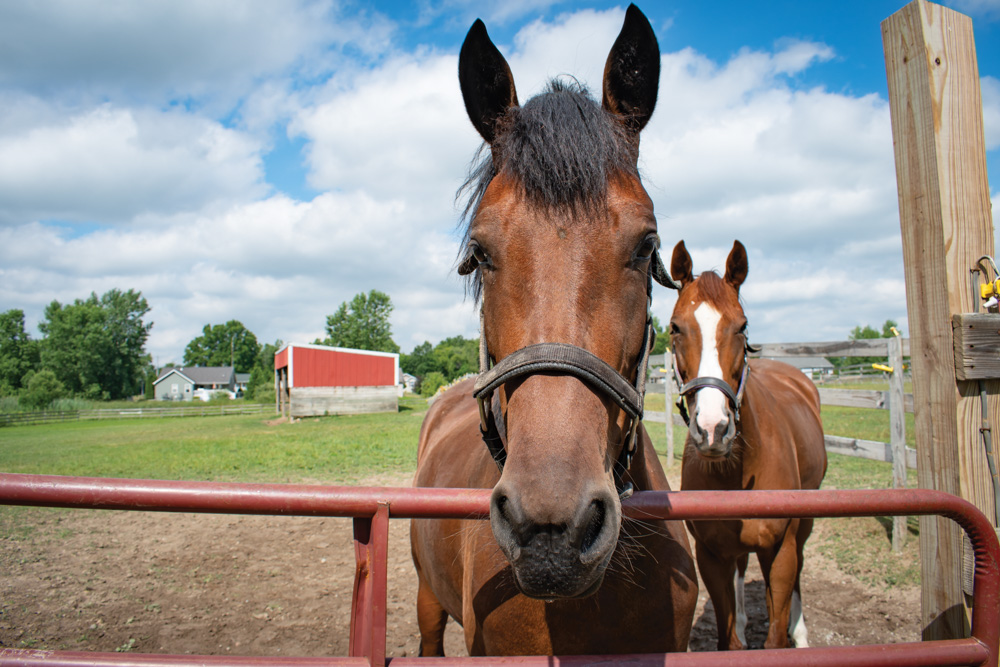 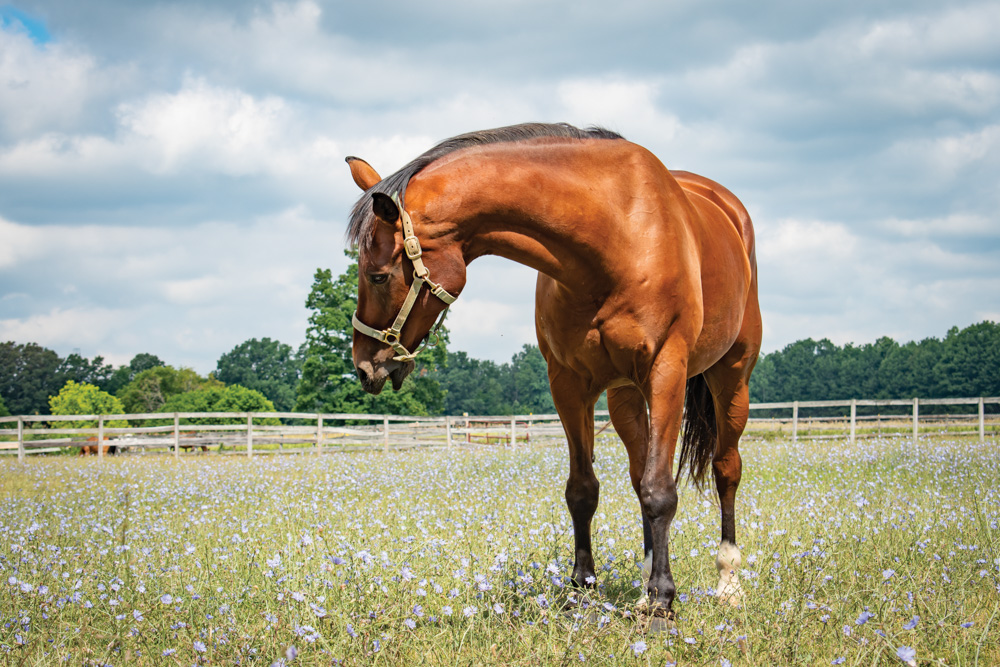 Francis does all the maintenance work and farm upkeep while his wife handles her boarding and dressage business. Assistant Trainer, Stefani Maihofer, works with the younger horses under Tull’s guidance. The all-female staff also includes a student who is compensated with lessons and boarding for her horse. The working student and two others take care of the horses, clean stalls, prepare the feed and clean tack. “People work here because they love horses,” Tull says. 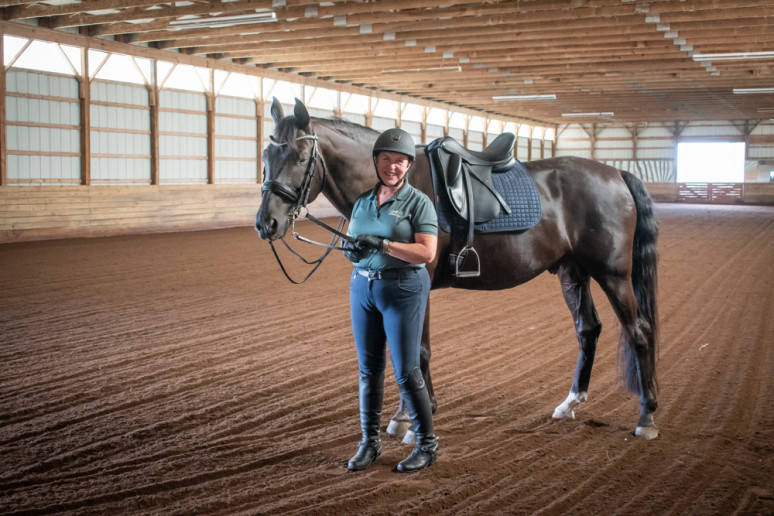 Sandy has been successfully competing
with dreamer, owned by a client.

There are now 20 horses at the farm, three of which are Tull’s and the others belong to clients. “I don’t board a horse unless the owner is taking some sort of a lesson,” she reports. Other students haul their horses to the farm for lessons, some from as far away as Jackson and West Branch, MI. Tull also gives lessons at private horse barns in Fenton, Holly and Saginaw. 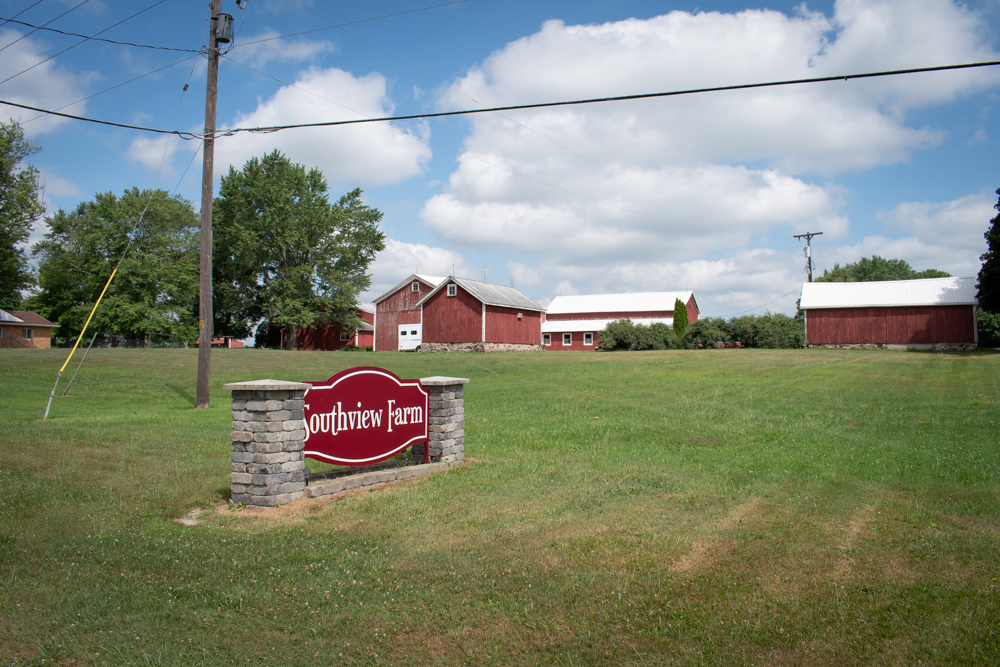 Tull and the Southview Farm clients often compete in shows that are sanctioned by the United States Dressage Federation, and they have traveled to other Region 2 states to compete, including Illinois, Indiana, Ohio and Kentucky. There are numerous trophies, plaques and ribbons on display at the farm.

Sheveron, sired by Tull’s Hanoverian stallion, was one of her favorite horses, and she trained him from the beginning until he reached national competition level. He won many medals and blue ribbons, including the 2008 USDF Region 2 Grand Prix Freestyle Championship, as well as a gold medal for Tull. “He was the horse that made me,” she admits. Sorrowfully, Sheveron passed away in December 2017 at 27 years old, and the beloved horse is greatly missed by many. 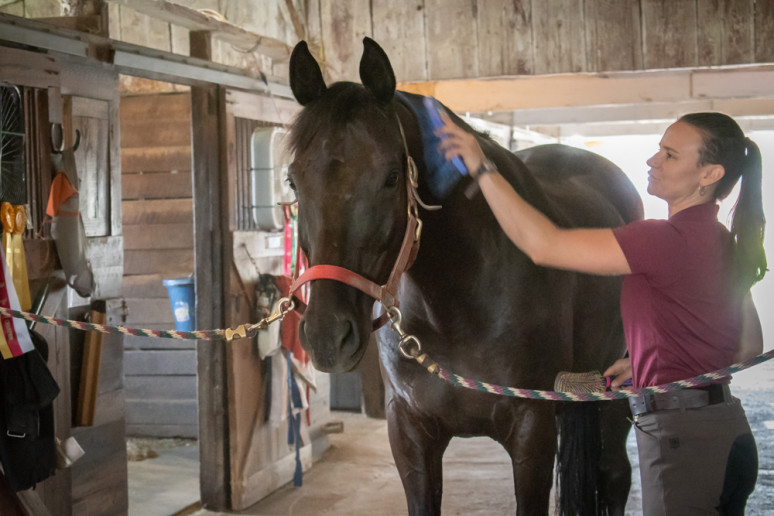 Doc Holiday was the horse Tull had been recently riding, but he has been injured and is out of commission until next year. So, she has been riding one of her client’s horses, Dream of DeNiro (Dreamer) a Hanoverian she recently showed. “I just clicked with him,” says the trainer. “He won his first time shown at Level 3, and my first time showing him.” There is also a freestyle competition with music, and Tull hired a choreographer who put together some great music for Dreamer that will be used in an upcoming competition.

A testament to the dressage teacher’s talent is the number of students who have chosen to move and live near Southview Farm. “Clients move to be around me and they want to live near the horses,” she says. One client transferred jobs and moved all the way from Baltimore, MD to live near the farm. The assistant trainer drives two hours every day to and from work. “It’s hard, physical work running the barn and caring for the horses, but this is my passion. It’s what I love,” says Sandy. “I can’t imagine not doing it.” 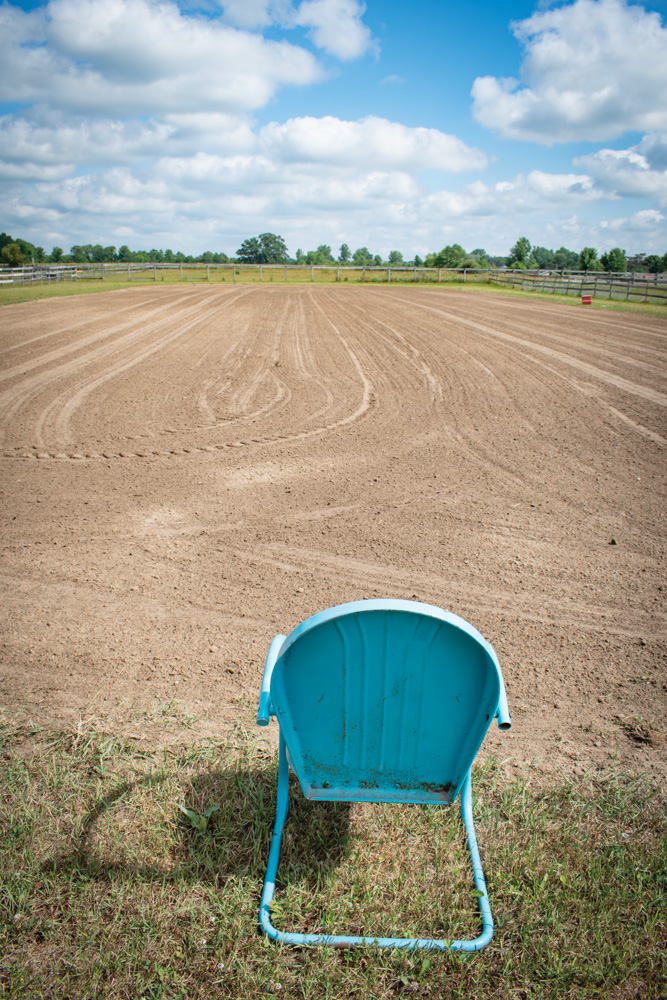 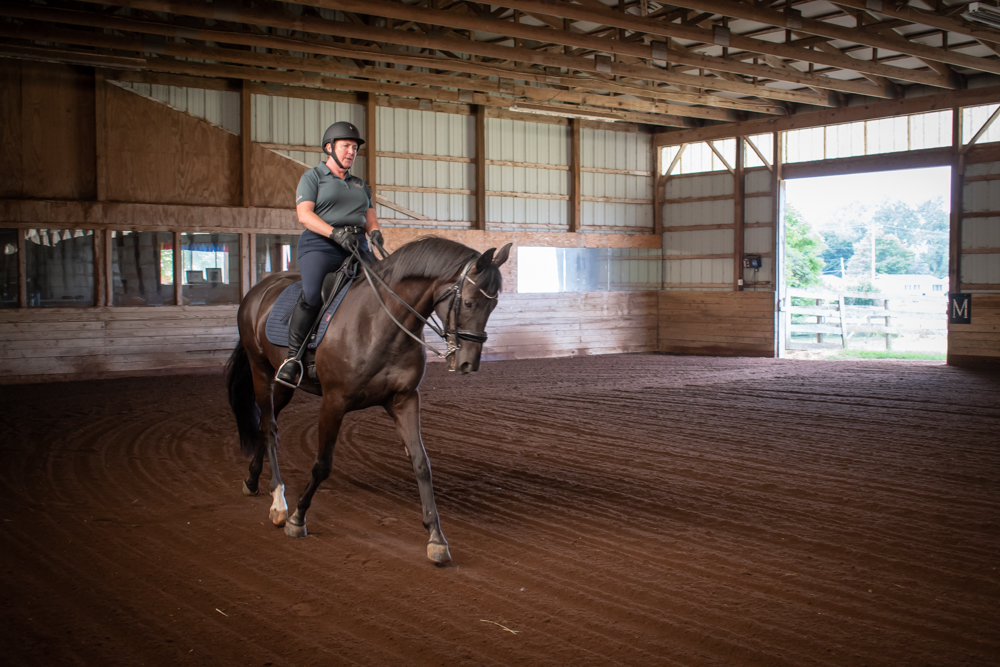 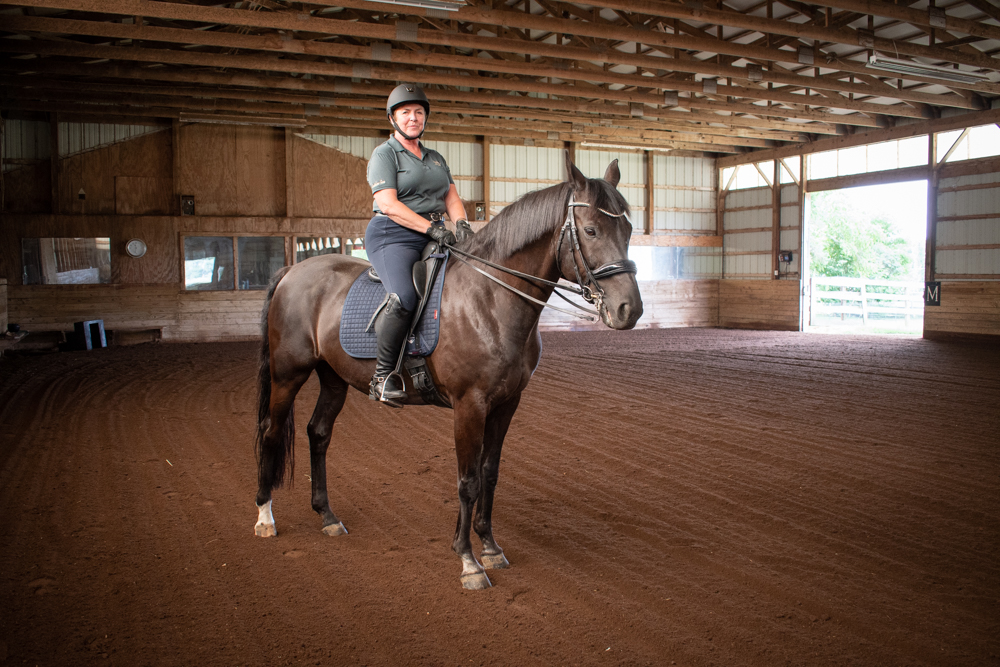