Kettering University’s Dr. Susan Farhat, Assistant Professor of Chemical Engineering, and Dr. Cheryl Samaniego, Assistant Professor of Applied Biology, have teamed up to research a new alternative for long-lasting joint replacement materials. Typically, joint replacements, such as knees or hips, can last between 10-15 years without causing problems for the wearer. According to Dr. Farhat, between 1996 and 2005, an increase in the number of both hip and knee joint replacement surgeries was reported to be about 15 percent.

With the research going on at Kettering, Dr. Farhat and Dr. Samaniego, their colleagues and students are contributing to find a solution – whether it is five more years or a lifetime of joint comfort. “It’s essential that we continue to investigate and develop advanced materials that will aid in improving the performance and lifetime of these implants,” says Dr. Farhat. “Additional joint replacement surgeries after the initial implant pose a prevalent problem to doctors and patients alike,” says Dr. Samaniego.

It’s essential that we continue to investigate and develop advanced materials that will aid in improving the performance and lifetime of these implants.
Dr. Susan Farhat 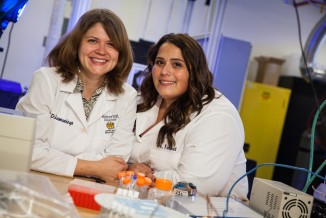 Initially supported by the McLaren Foundation, Dr. Ali Zand from the Chemistry Department began this research project in 2007 (before Dr. Farhat joined Kettering), investigating friction reduction at the interface between the metal and plastic in hip implants by modifying the polymer surface using wet, chemical techniques. Dr. Farhat began her research in 2012, joining with Dr. Mary Gilliam, another assistant professor in chemical engineering, to collaborate with Dr. Zand. What they found already is that the atmospheric pressure plasma offers “a faster, environmentally-friendly method to modify surfaces and ultimately create a wide variety of surface functionalities,” according to Dr. Farhat.

After Dr. Samaniego joined the university in 2013, they combined forces to understand both the biological and chemical sides of the issue of joint deterioration. They began to understand the bioactivity (the effect, interaction, or response) of the surface, in particular, “the attachment of cells and the immune response generated by the wear particles,” says Dr. Farhat. 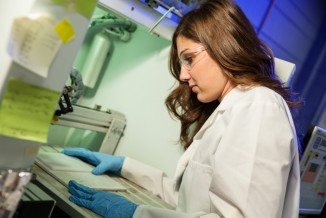 There are three major types of hip implants in use today: metal-on-metal, metal-on-plastic, and ceramic. Each has their own advantages and disadvantages. “Metal-on-plastic is more common, and we have begun our research investigating the interface between the metal and plastic,” Dr. Farhat says. “Future work could extend to looking at metal-on-metal and improving the interface.”

The problem with current replacement materials is that the friction resulting over the lifetime of the implant can cause wear particles to be released. The wear particles can induce an immune response, even resulting in bone loss. Periprosthetic osteolysis (bone loss in the vicinity of the replacement joint) is one of the most recurring complications leading to reduced lifespan for these joint replacements. With their research of different coating materials, Drs. Farhat and Samaniego are attempting to reduce the friction and ultimately reduce the number and toxicity of wear particles that cause bone loss and pain.

Immune responses in the body as a result of wear particle exposure begin with macrophage cells (large, white blood cells that ingest foreign particles and microorganisms). Dr. Samaniego is looking at the mRNA expression patterns of these cells to determine if they are mounting an immune (pro-inflammatory) response or a pro-healing response as a result of exposure to the candidate coating materials. Ideally, better coatings should not elicit an immune response. Presently, when polyethylene wear particles are generated from normal wear and tear on a joint over time, the body’s own macrophages recognize these particles as foreign. Therefore, they treat them similarly to pathogens like bacteria, and secrete chemicals called chemokines to recruit other immune cells to the joint, resulting in the unpleasant companions of pain and swelling. In addition, macrophages could also release enzymes in an attempt to destroy the wear particles, resulting in bone erosion at the prosthesis site. Future studies will examine the secretion of these enzymes by macrophages exposed to candidate coatings. 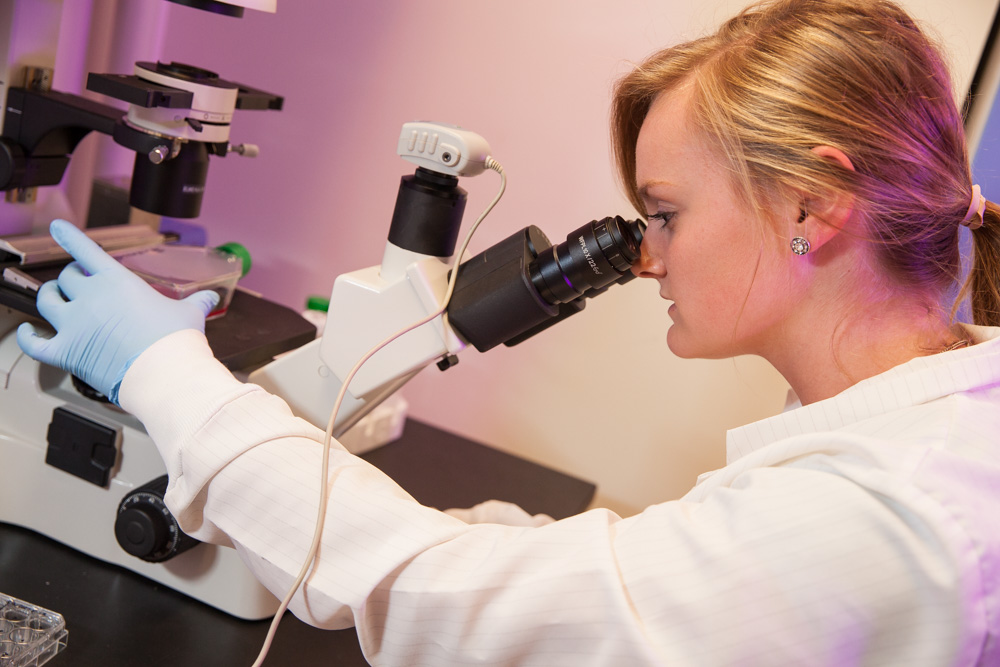 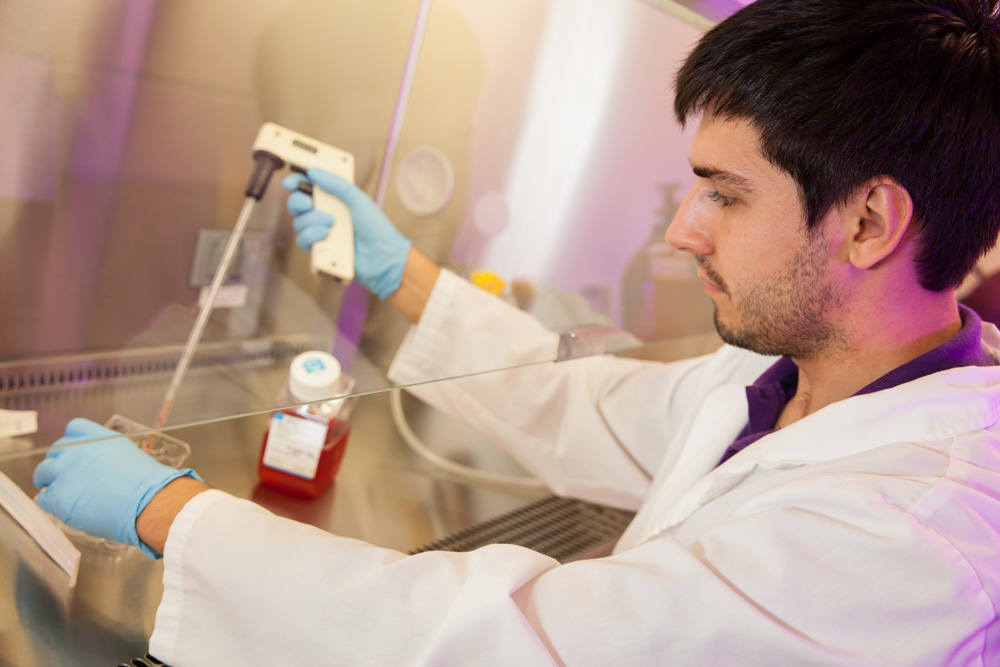 Drs. Farhat and Samaniego are testing different coatings and coverings to find which are most compatible and yield the least amount of deterioration. Along with other collaborators, they are also beginning to investigate the possibility of using these coatings as a means of drug delivery, to reduce the likelihood of bacterial infection after implantation surgery, as it sometimes results in several complications. In terms of bacterial infections, roughly 4.3 percent of orthopedic implants become infected, with the cost in the U.S. reaching $3 billion.

Kettering students involved with the project can use the experience as independent study elective credits, senior research, or thesis work. Up to 25 students have been involved with this particular project for the past three years. Several have participated in conference presentations locally and regionally, some have even co-authored refereed journal articles and been co-inventors on patent applications.

“We were working on getting to a certain point in the research where we have validated the proof of concept,” Dr. Farhat says. “At this point, we have begun seeking funding and are hoping to find either government support or industrial collaborators to continue the research into future phases.” Dr. Samaniego adds, “We would love to find orthopedic surgeons who are willing to work with us or give feedback to our findings.”

It is their hope, and also their motivation, to help people in the community, of all ages. This research is important to not only Genesee County, but also the medical community, because it is one step closer to improving the quality of life for joint replacement recipients.