When the curtain goes up on the stage at The Whiting, there are many people behind the scenes who help make the magic happen. Ken Harris is one of those people. He is the House Electrician, but he isn’t a “real” electrician. He is responsible for all aspects of the lighting and all that goes with it, including special effects. And with 2,400 light bulbs of 24 varieties, it’s a pretty important job. There are two full-time backstage workers: Ken and the House Carpenter, Dave Thompson.

Ken grew up in Florida with his father and would come to Flint to visit his mother, whose husband was house electrician at The Whiting – the same job Ken has now! “I started in 1971 as a stagehand,” Ken remembers. He has worked all around the country and the world on many different stages, including Miss Universe and other beauty pageants. In Flint, he worked the stage at the old IMA Auditorium, the IMA Sports Arena, the Capitol Theatre and all the Butterfield Theaters, as well as Star Theater performances at The Whiting, the Joffrey Ballet Intensive, and The Nutcracker for 17 years. In 1992, he became the full-time houseman at The Whiting. As for a “typical day” – there isn’t one. 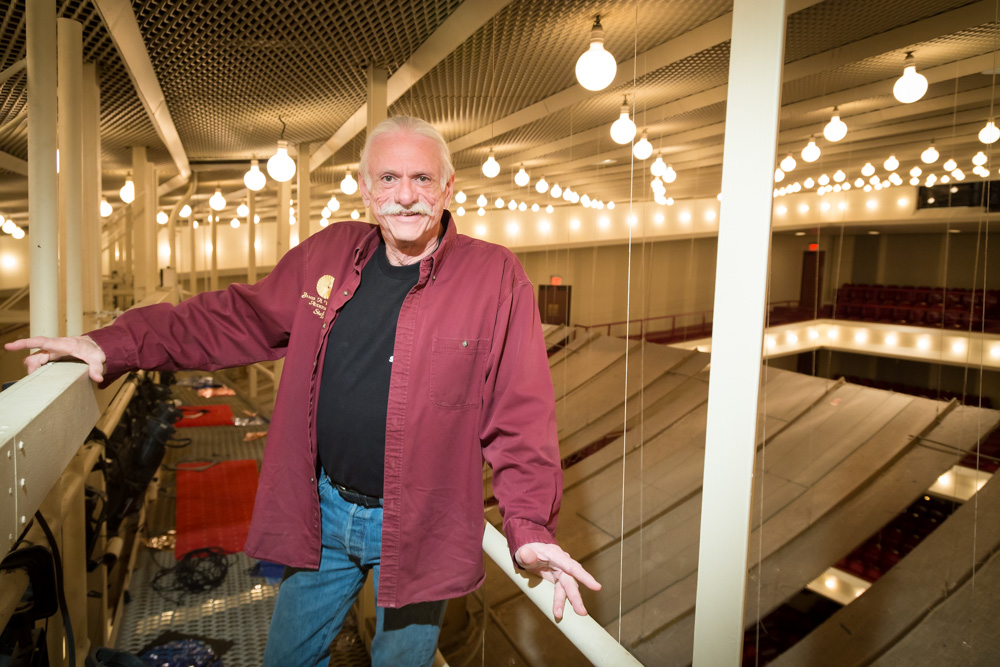 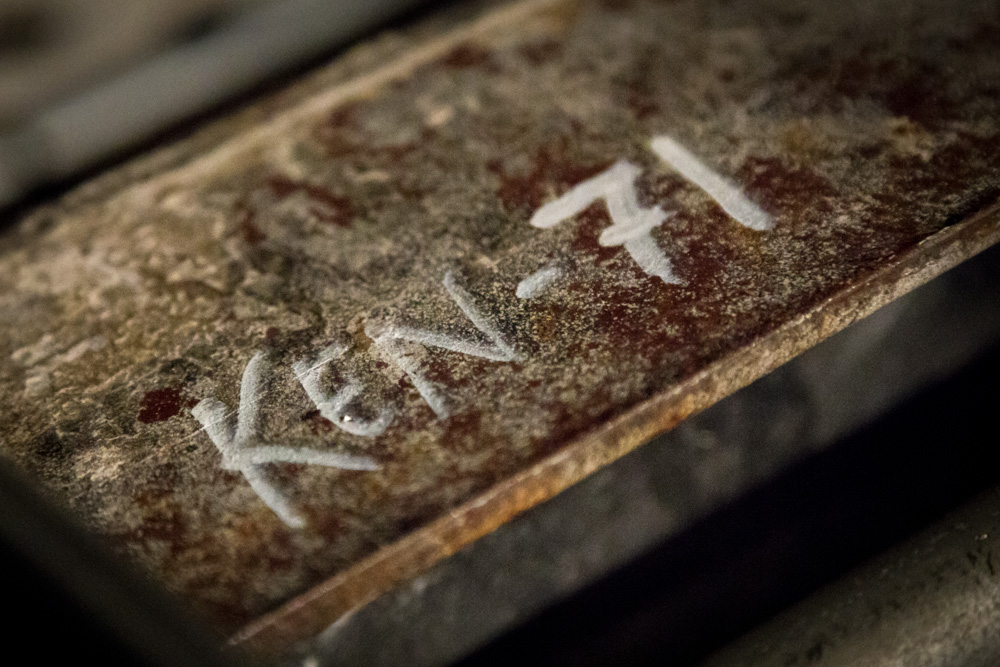 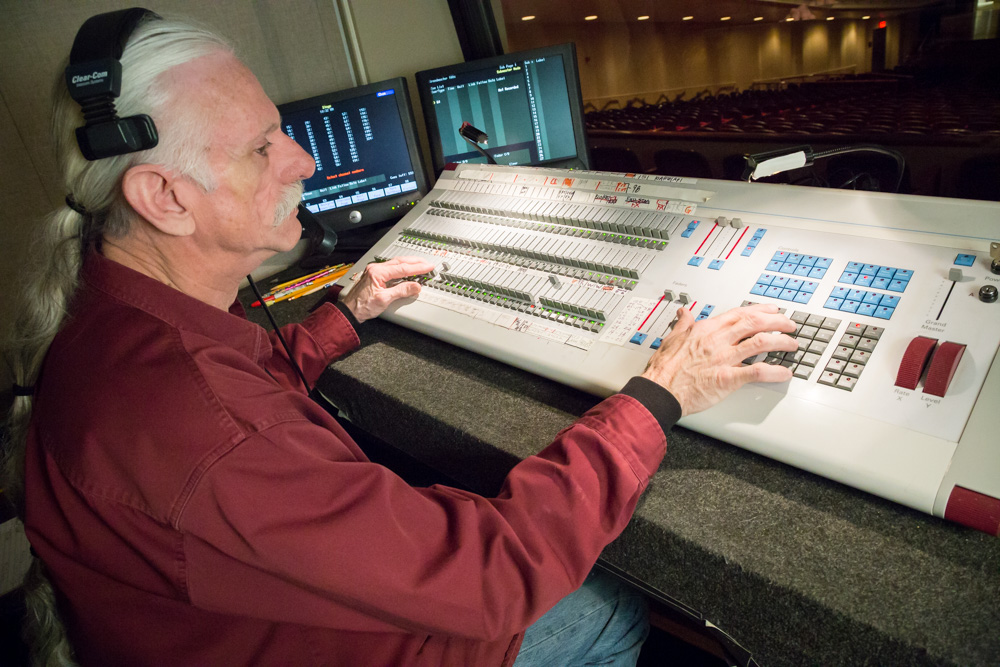 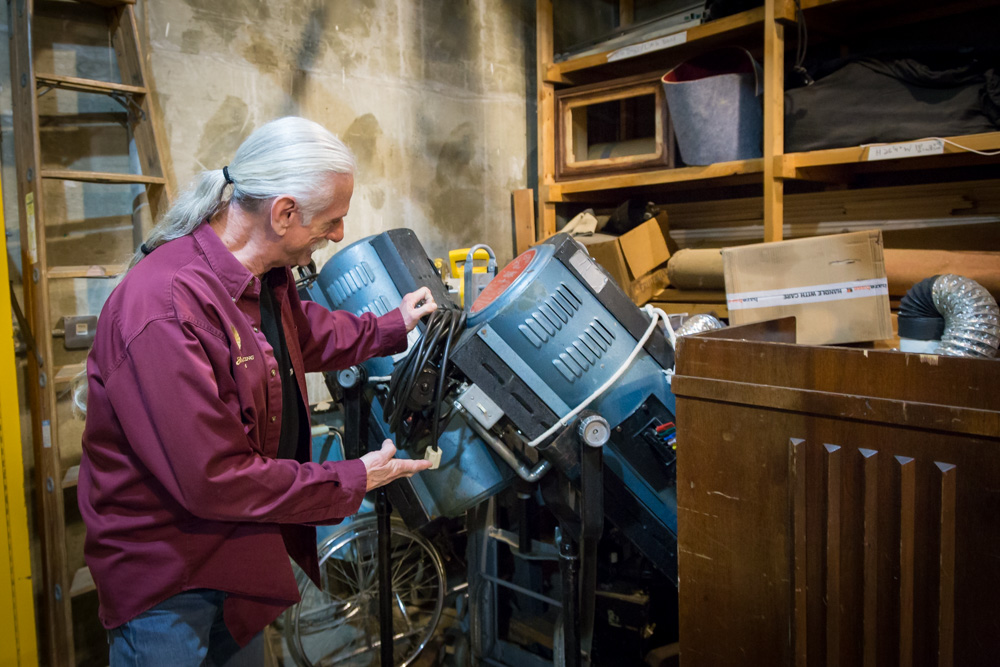 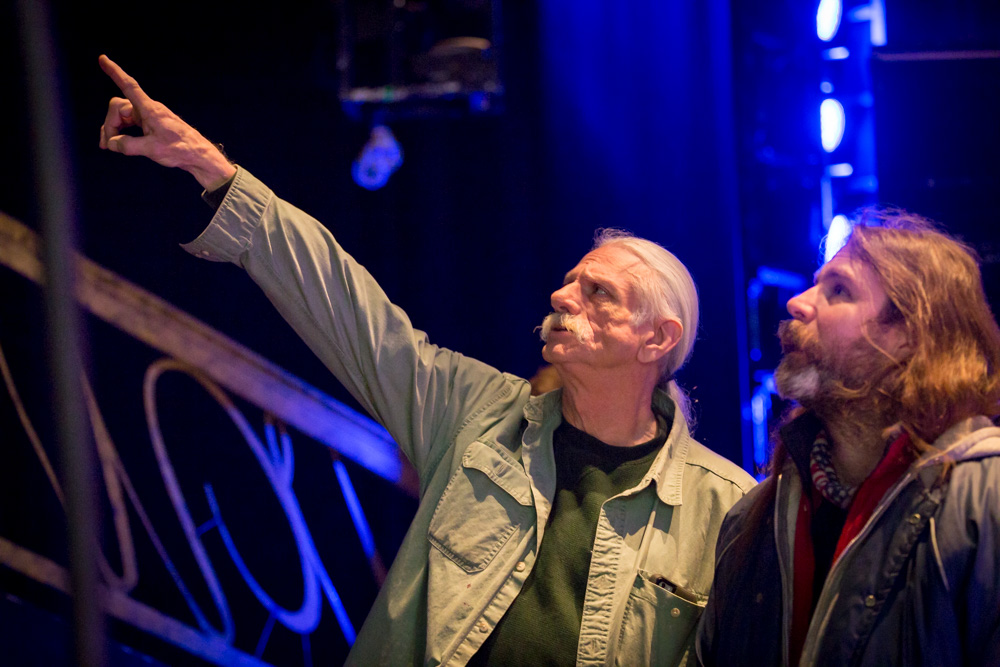 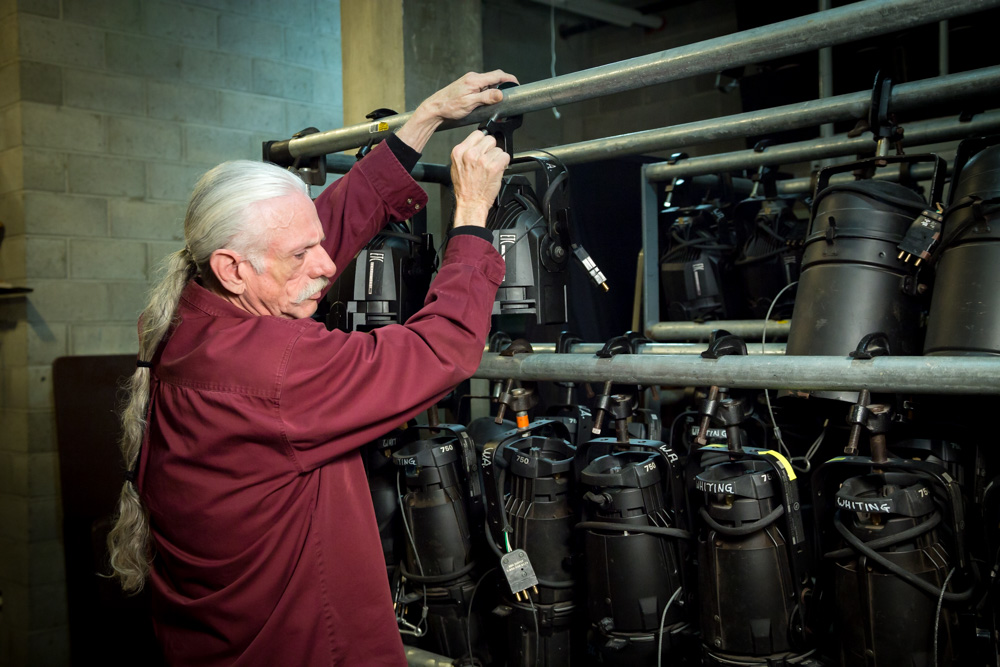 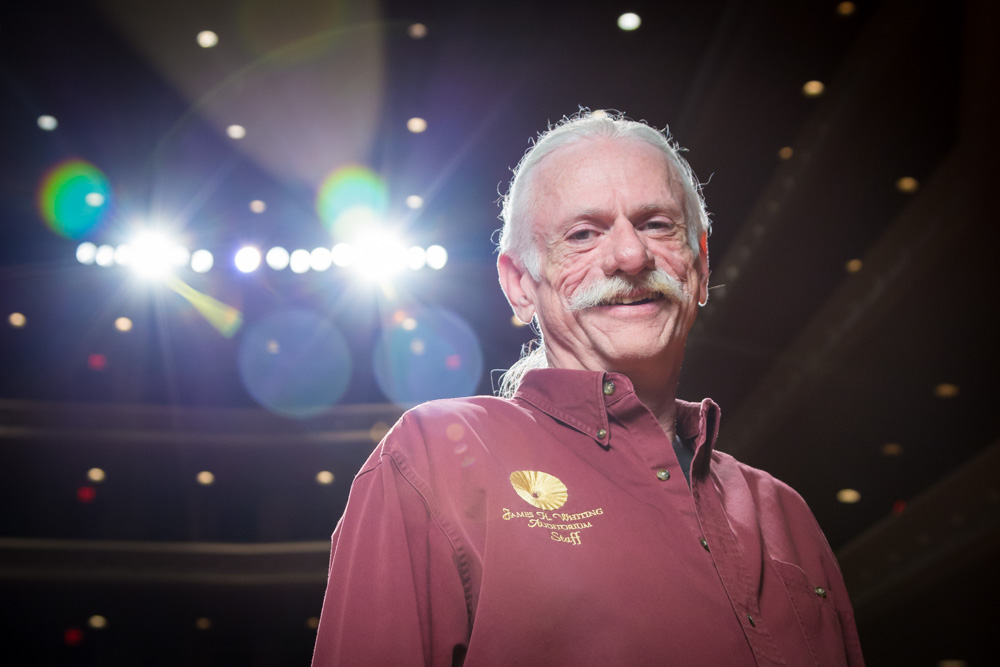 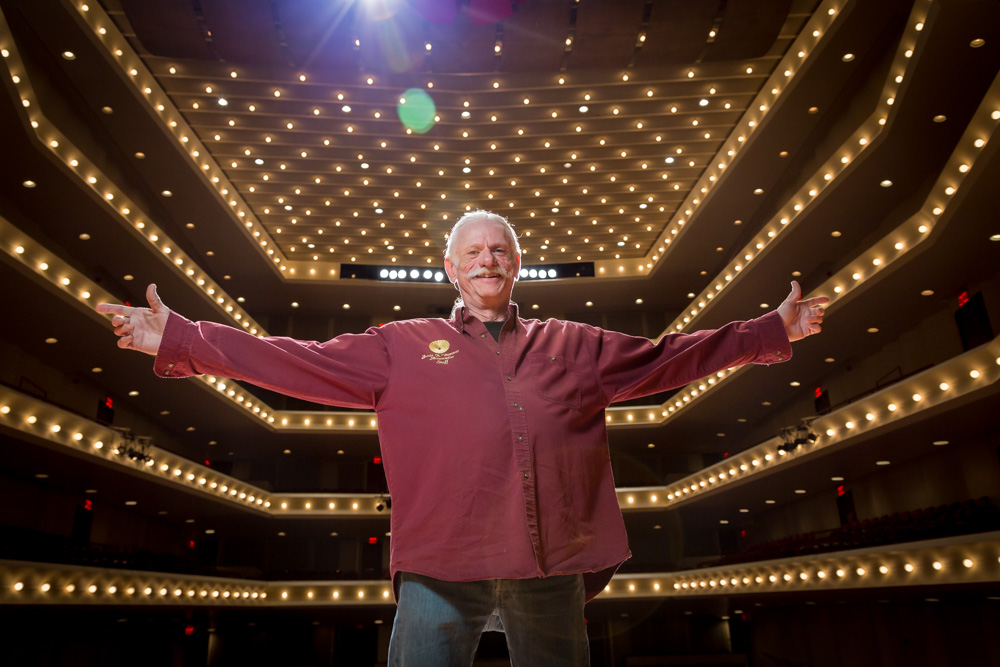 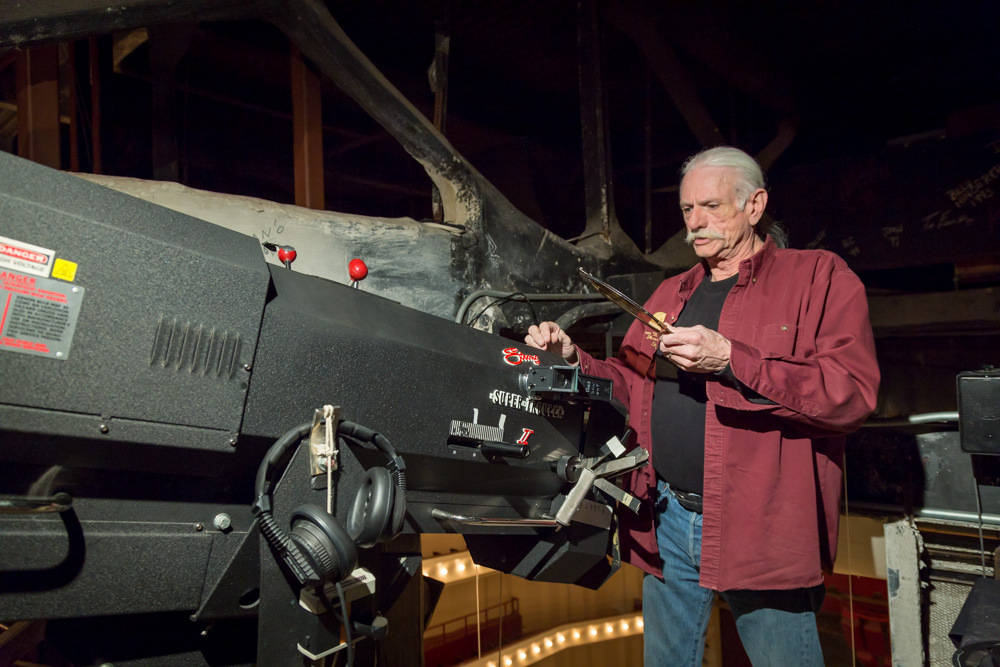 Ken’s work hours at The Whiting are 8am to 5pm, but it rarely turns out that way. “I’m here lots of nights and weekends,” he says. If there is a Broadway show playing, he may work as late as 1 or 2am, preparing for the next day’s performance. “No two days are ever the same,” he laughs. On the day My City Magazine visited him on the job, Ken’s day began at 8am. He looked over his e-mails and took a walk around the auditorium, checking things out and turning on lights. “I’m constantly looking for burned-out bulbs,” he says. He checks the lighting on the stage, in the seating area, and in the lobby.

Ken was busy preparing for an afternoon meeting that was being held at The Whiting by the Michigan Council of Art and Cultural Affairs. “Groups are encouraged to use our facilities,” he explains. A crew comes in around noon to make sure the podium is properly placed, bringing a laptop to run the PowerPoint presentation during the meeting. In the afternoon, Ken sits at the light board and will remain there throughout the meeting. There are also many children’s shows held at The Whiting throughout the year, such as Jack and the Bean Stalk. It is Ken’s job to program the lighting for each show.

Ken was already busy working on the lighting for a show scheduled later in the week, Comedian Jim Breuer, who would need a spotlight. A crew comes in to adjust the lighting with a lift that goes up 30 feet. “I direct where the lighting will go and call the focus,” he explains, adding that every show’s lighting needs are different. The event that is the most memorable to Ken is the recent Clinton/Sanders Presidential Debate that was held at The Whiting in March. “The debate was the biggest show – the biggest we’ve ever had!” he exclaims. It was also one of the more challenging shows, as far as the lighting.

When setting the stage for a Broadway show, things get really exciting backstage. “I’m at work by 6 or 7am for a big Broadway production, and if it’s a matinée – even earlier!” For the production of Annie, the most recent Broadway show, it took four trucks to haul in the scenery, lights, sound systems, equipment and costumes, and there were more than 50 crew members. After each performance, the lights have to be reset. There is a flurry of activity in the storage area – dressing stations are set up, hair stations, dressing rooms, costumes and equipment. Once the stage is set, a sound check is performed and the crew checks out the sound board, in addition to tuning the sound to the house before the show. Then, the lights are checked and the curtain is closed … Ken dims the house lights – and it’s showtime! He runs the light board during the show. At the end of the performance, the house lights are brought back up. Then, it’s time to reset the lighting for the next performance. “We do it all over again,” Ken says. Finally, he leaves at about 1:30am, and is back at it bright and early at 8am.

What does Ken likes best about his job? “I like everything about it,” he says. “It’s different every day and it’s never boring, but the long hours can be difficult,” he smiles. “It can sometimes wear on an old guy.” What is his favorite show? “The next one; that’s my favorite show. I look forward to each and every production.” Ken spends his spare time with his wife, Jan, who is a party decorator. They enjoy going to movies, dining out and going to baseball games. “I also have a motorcycle I like to ride,” he adds.

With 45 years under his belt, Ken has plans to retire in January 2019. “I’m one of the luckiest people on Earth,” he shares. “All of my life, I’ve had a job I’ve loved to do.” Ken consults with the other half of the backstage team, house carpenter Dave Thompson.