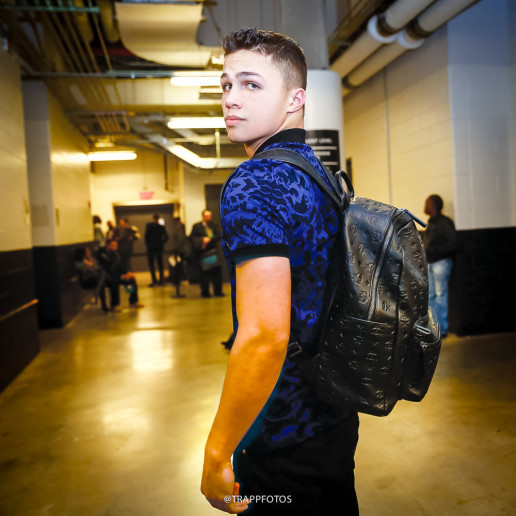 The moment Joey Spencer had envisioned since he was in kindergarten was drawing near.

Following an accomplished amateur boxing career which included a 90-10 record, nine national championships, and being ranked No. 1 in the nation in two weight classes at the same time, the 17-year-old Linden native was ready for his professional debut.

It came February 17 and was not confined to a local banquet hall or convention center. On that evening, Spencer made his way to the dressing room area of the Mandalay Bay Resort and Casino in Las Vegas, one of boxing’s most famous venues, to face 23-year-old Mexican fighter, Uriel Gonzalez, in a junior middleweight (154-pound limit) bout on the undercard of the Danny Garcia-Brandon Rios world welterweight title showdown.

His father Jason and younger brother, Mickel, among others, accompanied an anxious Spencer, carrying the clothing and equipment he would wear in the ring. Jason Spencer, also a former amateur boxer, has trained his son since the age of seven.

Spencer’s fight was one of first to be contested and spectators had only begun to trickle in as he climbed into the ring that has been the site of so many world championship wars. The sparse crowd, however, only meant that the punishment Spencer was about to dole out could be heard loud and clear – every thunderous single blow, every damaging combination. 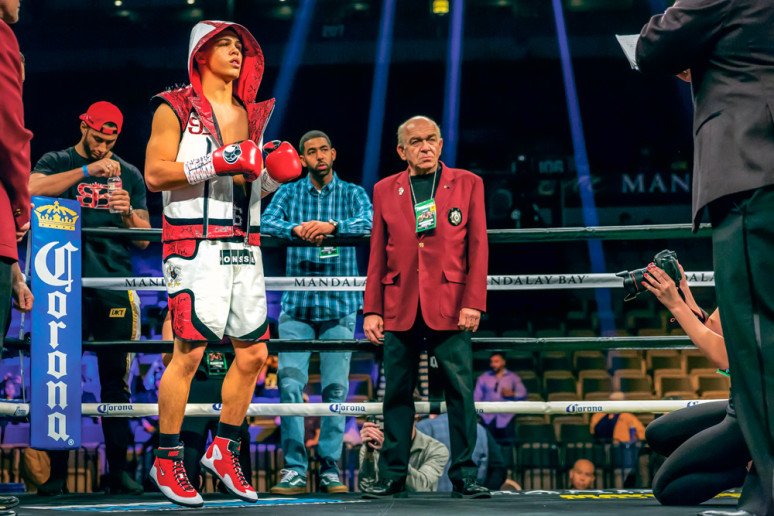 The clean-cut, dark-haired and chiseled Spencer was unleashed at the sound of the bell and began landing effective shots almost immediately, much to the delight of his supporters sitting close to the ring. After feeding Gonzalez a steady diet of hooks to the head, Spencer feigned another punch to his face before delivering a crushing body blow late in the first of four scheduled rounds.

“He’s done!” someone can be heard yelling on video of the bout as Gonzalez, who entered the fight with a 2-2-1 record, became unsteady on his feet and was forced to take a knee.

“I was landing some big shots to his head that kind of softened him up, and then, when he brought his hands up to protect himself when he thought a left hook was coming, I was able to land a big right hand to the body that took the air of out of him,” recalls Spencer.

Gonzalez rose at the count of nine, but the onslaught continued into the first minute of round two. Finally, someone in the seemingly-defenseless Gonzalez’s corner yelled “stop it, ref!” and threw a towel into the ring. 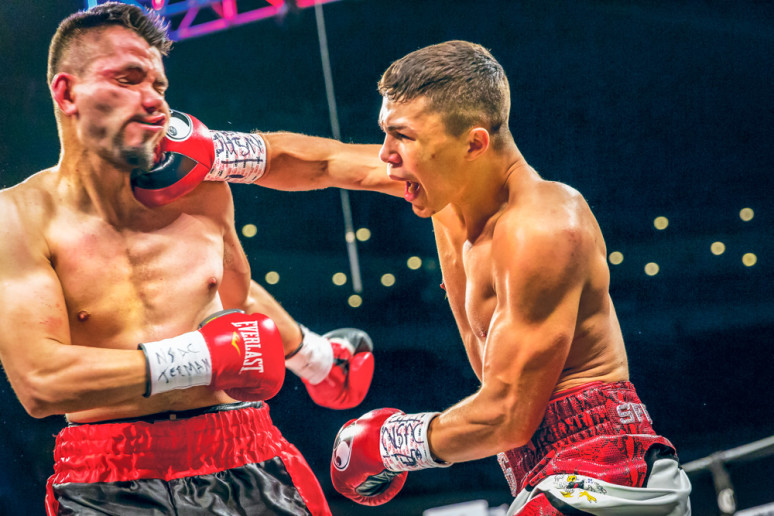 In a little more than five minutes, Spencer’s first pro fight had ended via technical knockout.

“Going into the fight, I didn’t have much of an idea of what kind of fighter he was, but I was prepared to handle anything and it all worked out,” says Spencer, who now lives in the San Francisco area where he hones his craft at a private gym run by Virgil Hunter, one of boxing’s most respected trainers. “I was anxious before the fight, ready to get started, but any anxiety just melted away once the bell rang. Then, I was just doing what I’ve been trained to do and he didn’t hurt me at all. The only punch I really felt was a glancing left hook.”

Spencer had also received assurances in the hours before the bout from another of one of his mentors – former undisputed world super middleweight and light heavyweight champion, Andre Ward, who retired last year with a 32-0 record. He is also Hunter’s most famous pupil.

“I have learned so much from Andre – from training with him to watching him prepare for and box in world title fights,” says Spencer, who idolized Ward for years before first meeting him in 2016. “On the day of the fight, he just reminded me that all the pre-fight activity and any nervousness was just part of the process and that I was ready to handle everything.”

Nearly 30 friends and relatives attended the bout, but perhaps none of them beamed brighter with pride than Spencer’s father. Jason Spencer has happily made every sacrifice necessary in getting his son to this point. That includes moving his family to California in 2016 when offered a training position at Hunter’s gym. In turn, that led to Joey being signed by Al Haymon Boxing, a promotional organization which has guided the careers of multiple world champions, including Floyd Mayweather, who retired last year with a 50-0 record and is considered one of the best to ever lace up gloves. 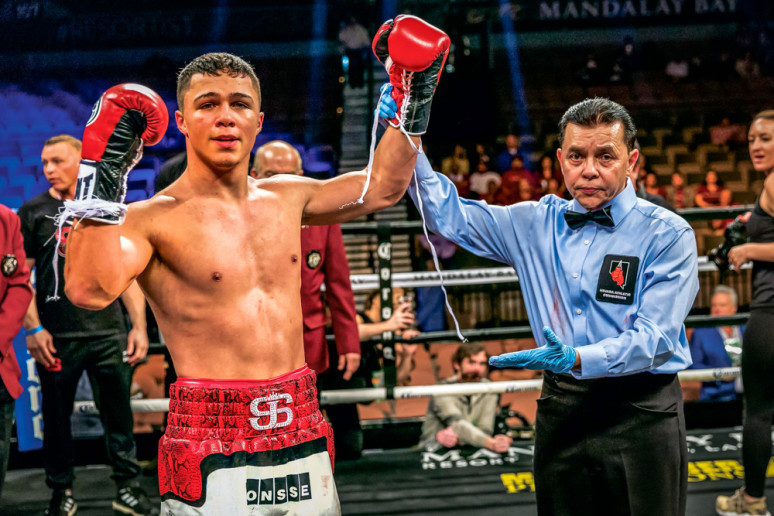 “That was a big stage and lots of pressure for a 17-year-old, because the Haymon people wanted to see exactly what kind of fighter they had signed, and Virgil was going to see how well Joey had taken to the training,” Jason says. “He really rose to the occasion and did what he was supposed to do. All the work he’s been doing, all the boxing knowledge he has picked up, paid off with a good performance.”

The sharpness of that performance was especially encouraging, considering Spencer had not fought in nearly two years, opting to focus on preparing for the day he turned pro. He spent the time sparring with fighters like Ward, and the other world title contenders Hunter trains, and accompanying them to their biggest bouts at places like Mandalay Bay.

“That’s why I was not intimidated by having my first fight at a place like that because I had been there with Andre for a couple of his fights and saw the right way to prepare mentally,” says Spencer, who trained seven days a week, often twice a day, for the bout. “For me to be the one walking to the ring at that arena this time was very surreal.” 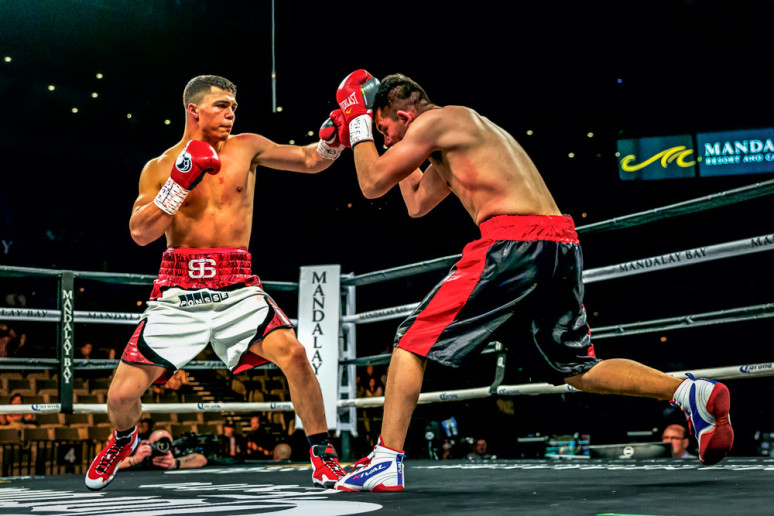 Instead of showing ring rust, Spencer performed like a well-oiled machine.

“We could have not gone to the biggest amateur tournaments again and probably won more national championships, but you can see how Joey benefitted by taking advantage of working with so many talented fighters,” Jason says.

Among them are Peter Quillin, Amir Khan, and Andre Berto, who have held or fought for world championship belts and boast a combined 93-10-1 professional record. There is also the 2016 Olympic super heavyweight gold and bronze medalists (Tony Yoka and Souleymane Cissokho), who are unbeaten as pros.

After basking in the euphoria of his quick victory, Spencer wound down enough to sleep at his hotel. He awoke to find his phone and social media accounts overflowing with messages.

“My phone had been blown up with about 200 texts and my Instagram and Facebook were going crazy with support,” says Spencer, who has nearly 10,000 Instagram followers. “All the love, especially from my hometown, means so much to me.” 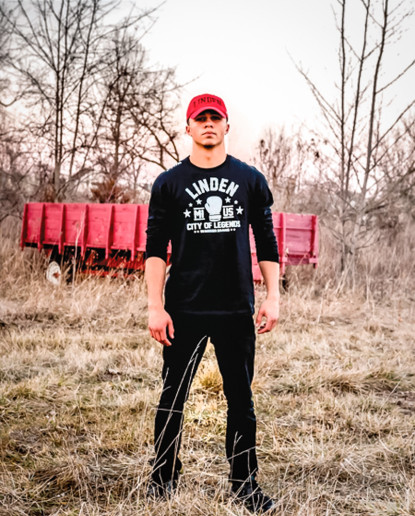 Spencer, who turned 18 in March, thanked many of those supporters personally during a 10-day visit to his hometown following the fight. “Seeing all the family and friends I missdearly and getting their support was really encouraging, more than I realized,” he says.

Spencer began the process of realizing his boxing dreams in his hometown by doing something unusual for a six-year-old, an age when many children have trouble sittingstill for a matter of minutes.

Spencer was no exception, except when it came to watching boxing.

“That’s when I sensed there was something about Joey and boxing,” Jason says. “He was really young but would sit and pay close attention to a 12-round fight, even with other kids doing all kinds of things around him. Then, he would stand up and emulate everything he had just watched.”

Within a year, Jason was training his son. Within three years, Spencer won his first amateur bout. Like his professional debut, he was anxious until the bell rang. “I still remember everything about the first one, because I had been sparring for about three years, but was feeling some anxiety,” he recalls. “But, once I was in the ring and it started, everything I had been taught kicked in and I won an easy decision.”

Thus, began Spencer’s rise through the amateur ranks. During which he was, at one point, ranked first in the nation at both 147 and 154 pounds. Among the highlights were winning his weight class at the Ringside World Championships – the world’s largest amateur tournament – at age 11, and decisioning Texas boxer, Jose Gomez, for the 2015 USA Junior Open 154-pound title. Gomez is now 10-0 as a professional.

Spencer then fought for Team USA at the 2015 World Junior Championships, winning his first bout before losing to Russia’s Artum Oganesian, also now an unbeaten pro.

Along the way, Spencer’s younger brother also took to boxing and their father moved their training site from the basement of the family home to a 600-square-foot training gym he constructed in the garage. They called it Immanuel Boxing Club and others soon came to train there. Among them was Flint’s Leon Lawson III, also a national amateur champion, who has won his first two pro bouts. 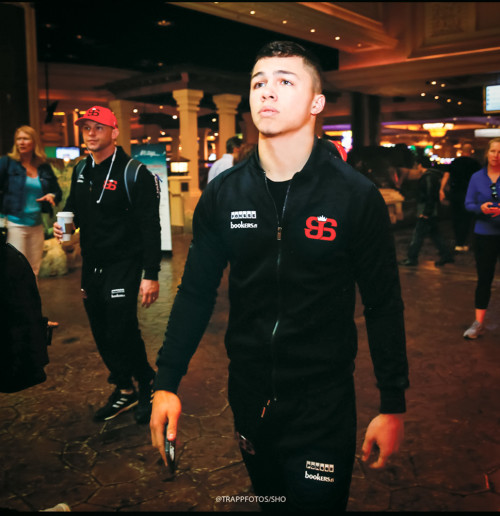 The Spencer’s unexpected move to California came in the spring of 2016 with Joey suffering a shoulder injury. His physical therapist at that time also worked with Ward and secured an invitation for Spencer to spar at Hunter’s gym when he recovered. Spencer and his father spent about a week at the gym before the family packed their vehicle and were headed home, but Hunter asked Jason to meet with him before they left.

Turns out, Jason and Joey had left such an impression on Hunter, he asked Joey if he wanted to begin training there and asked Jason to come aboard as a full-time trainer. “I thought for a minute, went out and told the family we were staying,” Jason said. “It was not easy moving quickly like that, but you just can’t pass up that kind of opportunity.”

Spencer’s next opportunity in the ring comes April 13 in Minneapolis against an opponent who had not been named as of mid-March. The bout will be broadcast on Fox Sports 1.

“I signed with Al Haymon because they are putting me on the fast track and hopefully, I can be 6-0 within a year,” Joey says.

Hunter discussed the teenager he has taken under his wing on a video produced by Boxingego.com: “You can’t even put a cap on (Spencer’s) future,” he said. “I believe the sky is the limit. I think he can set the bar incredibly high. He’s in a position where he’s able to focus on what he loves to do. Joe is not rebellious, but very coachable and wise beyond his years.” 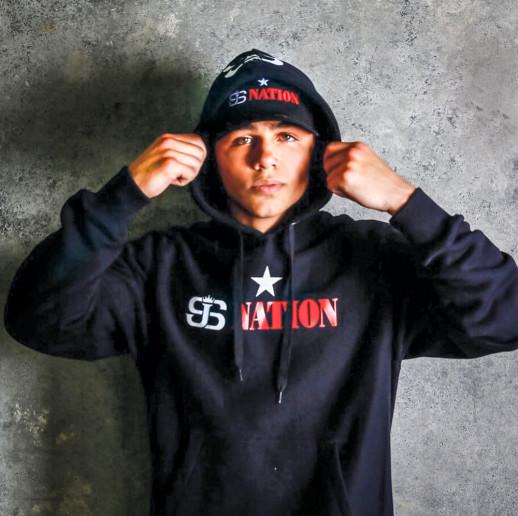 “All the love, especially from my
hometown, means so much to me.”
Joey Spencer