In the late 60s and early 70s, Flint began to see an influx of immigrants from India. They were drawn to the great potential of a city thriving. Doctors, educators, accountants, engineers and other professionals came to the city to try their hand at prosperity. “My family was one of the first to settle here,” recalls former president Bharat Rao. “My father went all over the United States looking for the best place to start his practice and he found no better place than Flint.”

As the Indian population grew, they began to meet to provide help and support in the form of familiarity. In 1973, a group of Indian immigrants met in the basement of a founding member. “We thought we should have an association to promote Indian culture and provide a network of support,” says founding member and former president, Lakshmi Tummala. In 1974, an Indian academic and founding member, Wise Joseph, wrote the clubs constitution and bylaws, and The India Club of Greater Flint was born. In 2015, the bylaws were updated and the name was changed to India Club of Genesee County to incorporate the growing Indian population outside the city of Flint.

“In the beginning, we decided to create a social club that is non-political and non-religious that anyone could join,” says Rao. “We started as a way to network,” says founding member and former president, Fulchand Jain. “The benefit of our group was that you always had someone to call. If your child was sick or needed help with transportation, you had somebody.” The group quickly swelled to over 300 members. With the influx of membership came the opportunity to expand services. “We helped new immigrants find cars and apartments and we would bring them as guests to our events,” says Jain. “We would help people get on their feet.”

The India Club is a non-religious organization but as the Indian population of the area continued to grow it became necessary to build a temple to serve the Hindu population. In 1983, the Paschima Kasi Sri Vishwanatha Temple was dedicated and statues erected. It is one of the oldest Hindu Temples in the nation and the first Shiva Temple in Michigan. The temple will be rededicated in a ceremony that takes place this month from October 11-13. 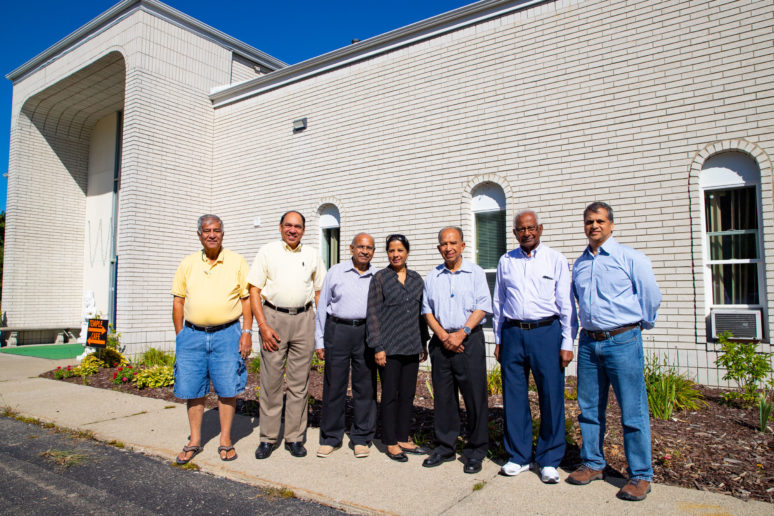 Today, the India Club hosts a number of events and celebrations. The yearly India Club Picnic takes place in around August in celebration of India’s independence. The Festival of Lights (Diwali) is a cultural celebration with traditional food and dance. The Christmas Celebration is a great time for children. The Club also celebrates Republic Day to showcase local Indian cultural talents in January, and The Festival of Colors (Holi) in March. India Club will have their annual banquet to democratically elect the new volunteer board and the cycle will continue.

The pillars of support and culture are strong but the organization would not be able to stand without charity and volunteerism. “The volunteerism of the India population is above and beyond,” says current president, Sachin Desai. “We are a very simple people. It is one of the concepts of Indian culture regardless of whether you are Hindu, Buddhist, Christian, Muslim or any other – It is unconditional giving. We give without expectation.” To that, early India Club members have set up free clinics to help those less fortunate throughout the city. The India Club has also created the India Scholarship Fund through the Community Foundation of Greater Flint to help any youth get a secondary education. According to founding member George Erinjeri, as long as there is an Indian in Flint there will be an India Club and Scholarship Fund.

The founding members of the India Club have fond memories of being immigrants and see the City becoming something greater. “Flint serves my spiritual, religious, social and professional needs. I don’t think any other town holds this much support,” says Tummala. “My heart is in India but I spent so much of my life in Flint.”

The sentiment of giving back to the city that accepts them is carried forward by the current president, Sachin Desai. “Flint gave us all something and we all want to give back. Our cultures may be different in different parts of India but here we are Indians and proud Americans.”