The goal of the Third Annual African American Film Series is “to educate, empower, inform and give people tangible things they can do to actually implement change in the community,” explains Glenn A. Wilson, President and CEO of Communities First Inc. The series, which began November 2, features four films: Floyd Norman: An Animated Life; 13th (December 14); I Am Not Your Negro (January 11); and Step (February 8). These four were thoughtfully chosen by a committee whose members represent all walks of life. What began as a list of thousands of films was narrowed down and passionately discussed before coming down to the final four. “The discussion includes topics that are affecting the African American community today, and topics like economic development and social justice, that are consistent with our programming at Communities First, Inc.,” Glenn adds.

Each showing at the Flint Institute of Arts Theatre is an event that begins with music and food and ends with a panel discussion. Essence Wilson, Chief Strategy Officer for Communities First, Inc. says, “We have a meal and the galleries are open for people to walk through before the film begins. Then, we hear from a panel of mostly local individuals who have a connection to the topics discussed in the film. In that way, we make the film tangible, so people can relate to the information a little better.” For example, the discussion after Floyd Norman included local artists, and allowed the audience to ask questions about what an artist’s life is like. “We see it as a chance for people to learn about other careers and to learn about the lives of others, in order to promote tolerance and understanding,” Essence shares.

Through the African American Film Series, Essence says, “we create a safe environment where everyone is invited to come and learn about issues that affect the African American community. Additionally, it’s an opportunity to gain a better understanding of things we all can do to help with the forward movement of the entire community. It is an environment of diversity and inclusivity.” That same motivation drives all of the events for the Culture Shock Program and the FIA is just one of the partners. Glenn explains, “Culture Shock introduces families to arts and cultural experiences that they have not experienced before, and we have partnerships with all the Cultural Center institutions, and others in the community, as well, to help them increase diversity.” 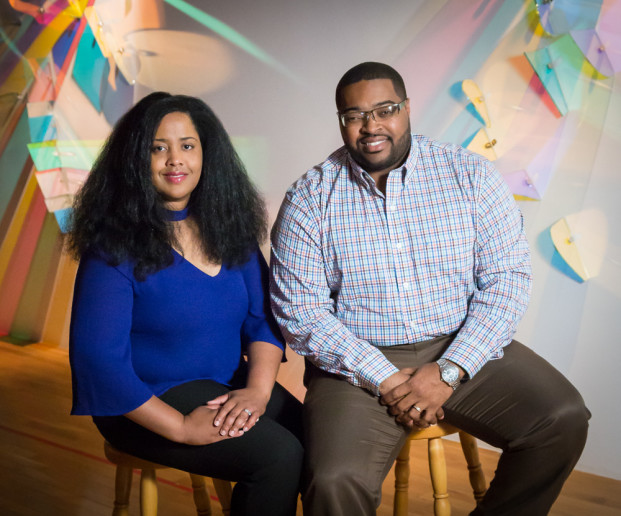 Through experiences such as pop-up performances, Culture Shock brings the arts into unexpected places, and then encourages the audiences to interact. For example, Essence says, “we collaborated with the Flint Youth Theatre to put on a pop-up play at the Davison Farmer’s Market last week. The students wrote and prepared their own 3-5-minute skits and then performed them. In that way, the audience was able to learn about FYT, what performances were upcoming, and that they have classes available.” According to Essence, they also have pop-up performances with small groups from the Flint Symphony Orchestra. “We’ve had the FSO pop-up at the bus station and people who might have never even thought they would like classical music are surprised that they do, and we can provide them with additional information,” she states.

By creating what Glenn and Essence Wilson call a safe space or, “a buffer between you and the unknown,” they invite families to attend shows such as the upcoming Nutcracker and Holiday Pops, if they’ve never been, and they feel at ease to ask questions. “Some people just don’t feel comfortable or they feel out of place since they have never gone before,” Glenn says, “or they don’t want to invest $200 for their family to attend the FSO if they don’t whether they’ll even like it.” The Culture Shock Program makes reducing or eliminating the cost barrier a priority. For example, The Third Annual African American Film Series costs viewers a donation of $2 dollars. And, Glenn says, “We create a night that people would have spent $75 or $100 for. We make things very affordable, if not free.” In that way, Culture Shock is designed to make cultural activities in Flint both available and accessible to anyone. “When people come out to events like the African American Film Series, they can gain inspiration, information and have a really great night out.” Glenn agrees, “The film series is growing every year. When you see people come back and bring somebody with them, that’s always a good thing.”